Accessibility links
It's the Simplest Things That Keep Us Wondering : Krulwich Wonders... A three letter word can keep you musing and musing. What is it?

It's the Simplest Things That Keep Us Wondering

It's the Simplest Things That Keep Us Wondering

Here's something simple to think about (not). 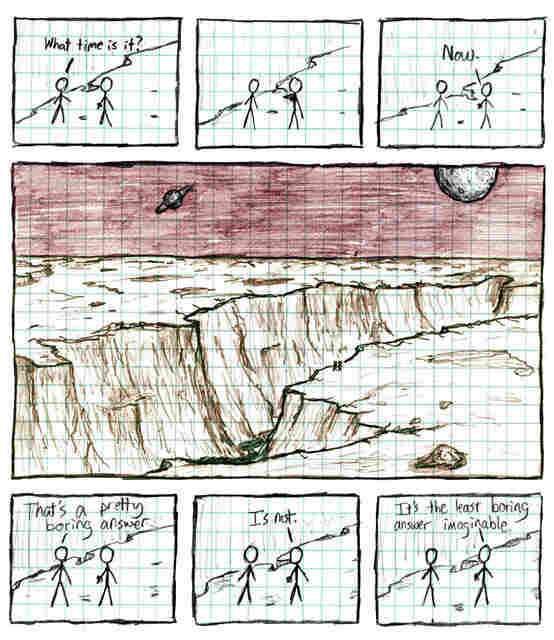 Think about "now." Too late, it's already become "then."

When a mosquito bites you "now," it takes a teeny amount of time for that "now" to reach your brain.

If two people, one 6 feet tall, the other five feet tall are bit at the same instant by two mosquitoes, the "ouch" takes longer to travel to the taller person's brain than the shorter person's brain. There's hardly a difference, but it's different enough to make two different "nows."

That's what he's talking about.

You can think about this for a long time.

Send me your "now" thoughts in the comments below.

xkcd is a webcomic created by Randall Munroe. The comic's tagline describes it as "a webcomic of romance, sarcasm, math, and language."