Accessibility links
Thinking Too Much About Chalk : Krulwich Wonders... When a school teacher writes her name on a blackboard on the first day of class, what she's really doing is crushing the skeletons of terribly ancient earthlings into a form that spells out the name "Mrs. Guttenheimer."

Thinking Too Much About Chalk

Thinking Too Much About Chalk

One day, the great novelist and essayist G. K. Chesterton decided to go sketching. He brought his colored chalks, his reds, blues, yellows and greens to a hill in South England, but he forgot to bring white. Damn, he thought, what an idiot, to leave out the crucial one. "Without white," he wrote, "my absurd little pictures would be...pointless." What to do? "I sat on the hill in a sort of despair."

Then, suddenly, he stood up and began laughing. He laughed so loud, he says, "the cows stared at me." He had just realized that the pasture where he was standing, the ground below, the landscape in every direction "was made entirely out of white chalk." 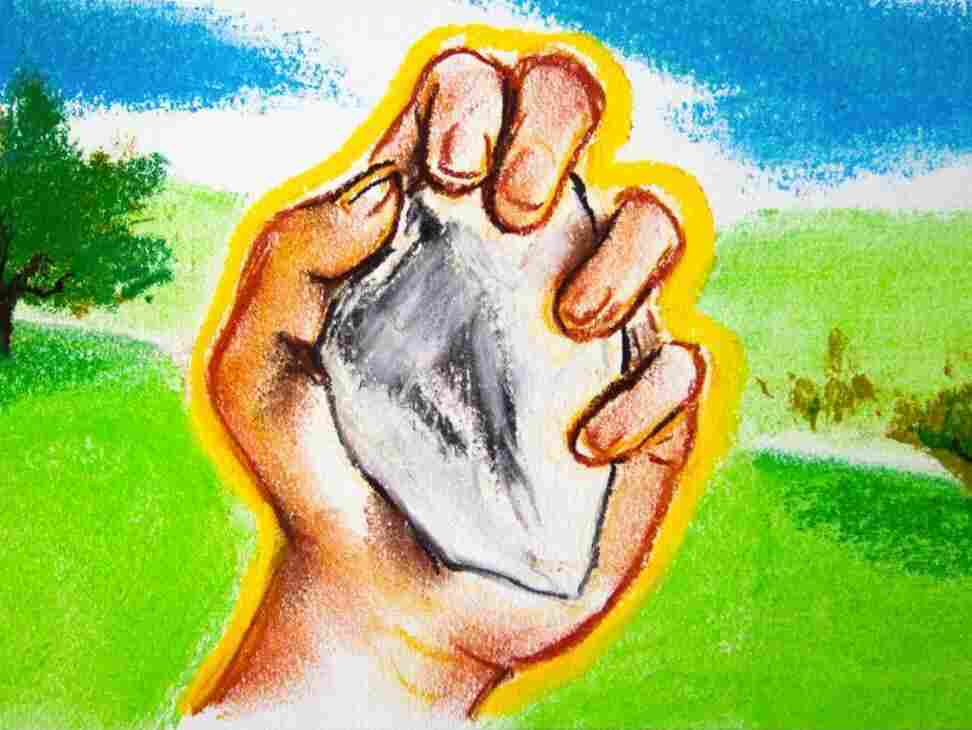 He stooped down, picked up a rock and of course it drew a white line, "not so well as the shop chalks do," but well enough. Chesterton then wrote an essay "A Piece of Chalk" which concludes that while there are many things to admire about England — Shakespeare, Stonehenge, Newton, Darwin, its glorious kings and queens — still, there is "something even more admirable" about the land, omething simple, which is: that deep down, "It is a piece of chalk."

A piece of chalk, when you think about too much, is a miracle.

What is it, exactly? Well, if you look under a microscope, as British naturalist Thomas Huxley did in the 1860s, what you see is this: 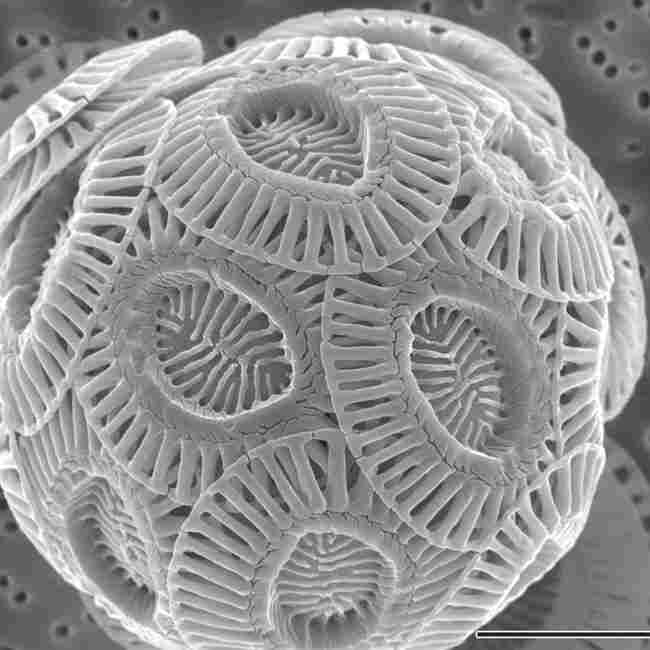 Chalk is composed of extremely small white globules. They look, up close, like snowballs made from brittle paper plates. Those plates, it turns out, are part of ancient skeletons that once belonged to roundish little critters that lived and floated in the sea, captured a little sunshine and carbon, then died and sank to the bottom. There still are trillions of them floating about in the oceans today, sucking up carbon dioxide, pocketing the carbon. Over the millennia, so many have died and plopped on top of each other, the weight of them and the water above has pressed them into a white blanket of rock, entirely composed of teeny skeletons. Scientists call these ancient plates "coccoliths." Technically, they are single-celled phytoplankton algae.

Chalk doesn't proclaim itself. It is usually out of view, buried in the ground below. Every so often, when a highway is being carved through a mountain, or when the sea and wind erode the side of a hill, that's when the green cover comes off, then you can see it. The White Cliffs of Dover are all chalk, piled hundreds of feet high. 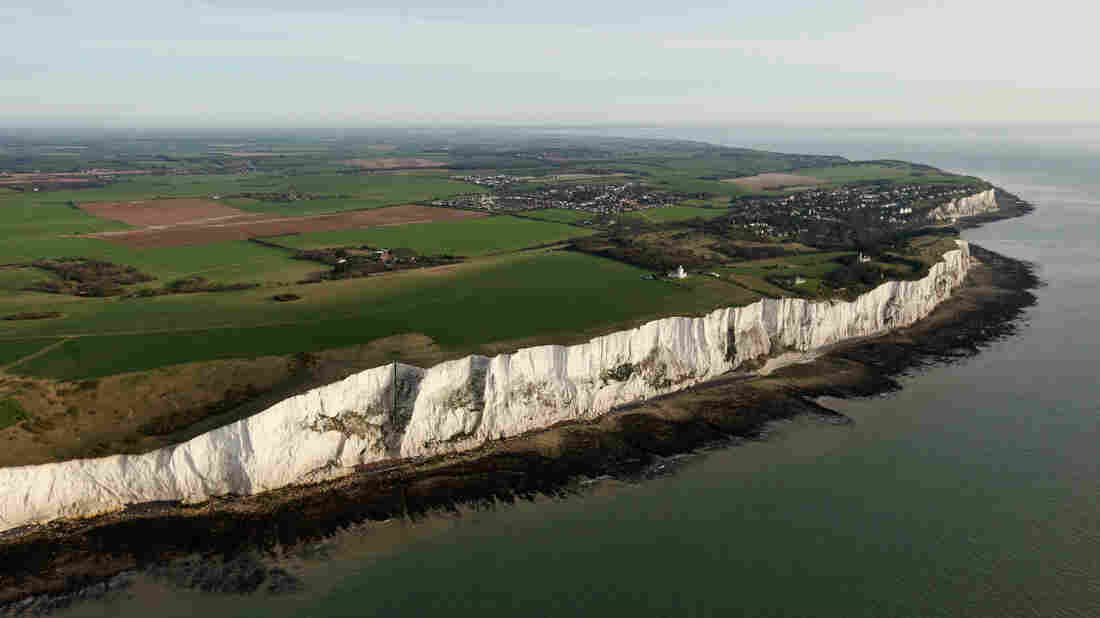 In 1853, when the transatlantic cable was being laid, engineers would occasionally yank thick loops of wire up 10,000 feet from the ocean bottom, and every time, they found the same coating of white muck: chalk again. It turns out, writes biologist Bernd Heinrich, "the Atlantic mud, which stretches over a huge plain thousands of square miles, is raw chalk."

A great chapter of the history of the world is written in chalk.

Since then geologists have found a chalk layer stretching 3,000 miles across Europe into Asia. It's under France, Germany, Russia, Egypt, Syria. How did it get there?

That, said Thomas Huxley (who first saw those teeny skeletons under his microscope) is one of the "most startling conclusions of physical science." In 1868, he gave a lecture to the "working men of Norwich" where he declared that "a great chapter of the history of the world is written in chalk." 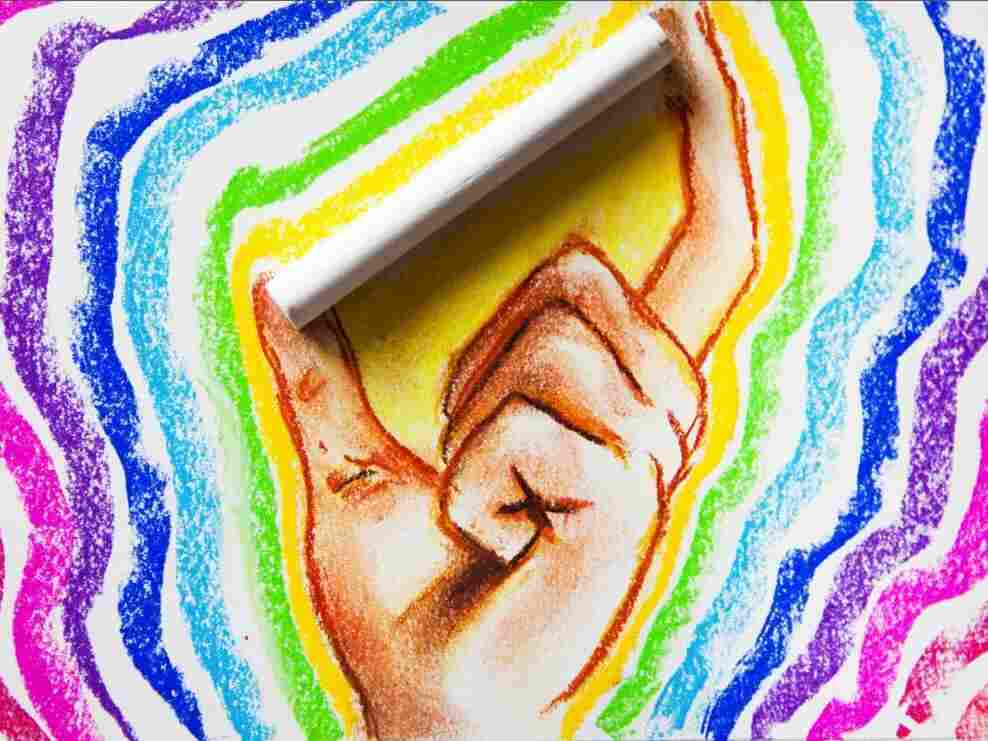 What he told them, is if you hold an ordinary piece of chalk in your hand and look closely at the small structures within, the most plausible explanation is that once upon a time, the plains and fields of South England were not like they are today, that back then, these same fields were under a shallow sea, filled with tiny animals, whose remains you now hold in your hands. In more recent years, the earth has risen, the sea has evaporated, and what you see "with your own eyes, tonight," he told the workers, is fossilized evidence of an ancient world, now disappeared.

Huxley was arguing for new view of Earth history, that says that the landscape is always changing, that mountains, seas, valleys, animals and plants, come, go, that change is constant.

More than a hundred million years ago, old chalk now tells us, 400 different species of marine algae swam in the sea. Since then, 30 species have survived, the most dominant is Emiliania huxleyi, named, appropriately, for Thomas Huxley. If you concede that every piece of chalk is a white chunk of animal cemetery, as Huxley told the workers in Norwich, and we no longer have animals like this on the modern earth, how else can you explain those mysterious fossils? The best explanation, he suggested, is they once lived on Earth, and now they don't, that animals and plants can go extinct. 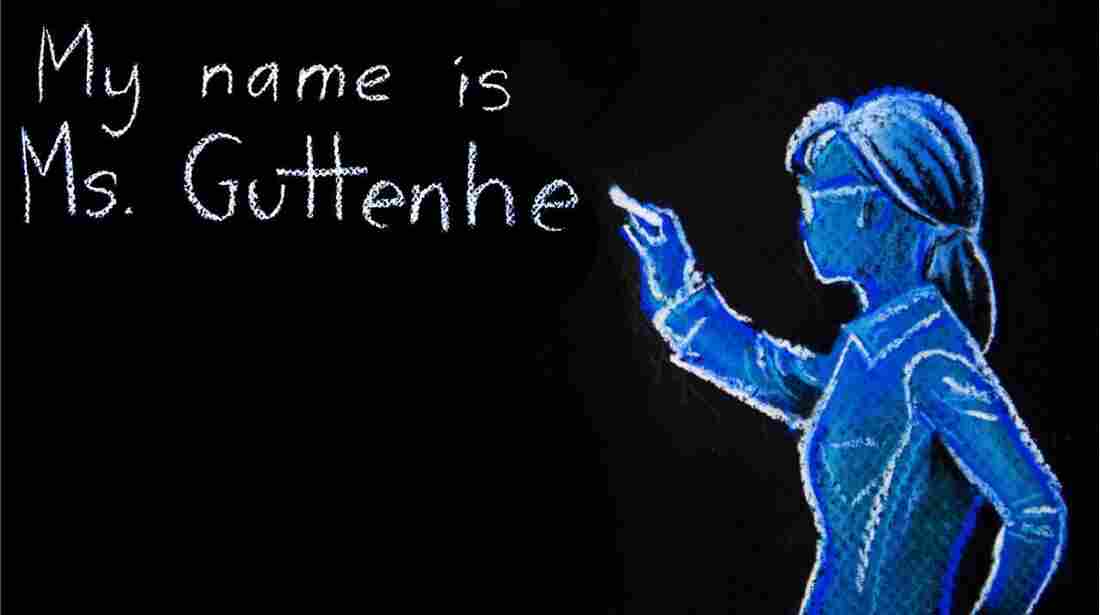 What the workers thought, I don't know. But I'm charmed by the idea that when a school teacher writes her name on a blackboard on the first day of class, what she's really doing is crushing the skeletons of terribly ancient earthlings into a form that spells out the name "Mrs. Guttenheimer." Does she know? Thomas Huxley thinks she should.

Whoever knows the true history of chalk, he told the workers at Norwich, will have "a truer, and therefore a better, conception of this wonderful universe."

Thomas Huxley's speech to the workers in Norwich is called "On A Piece of Chalk". It is still in print and can be found here; G.K. Chesterton's essay "On Chalk" is included in many anthologies. It is also on line here. Bernd Heinrich's musings on the ancient importance of chalk is part of his new book, Life Everlasting: The Animal Way of Death.

Read an excerpt of Life Everlasting