Accessibility links
Weekend Special: The Miracle Of The Felt-Tipped Pen : Krulwich Wonders... Things get swallowed all the time, but one tale from a hospital case study in Devon, England, tells us something extraordinary about felt-tip pens.

Weekend Special: The Miracle Of The Felt-Tipped Pen

Weekend Special: The Miracle Of The Felt-Tipped Pen

I guess things get swallowed all the time, but this tale (from a hospital case study in Devon, in Britain) tells us something extraordinary about felt-tip pens. (If you look at this woman's stomach, there's a pen in there near the top.) 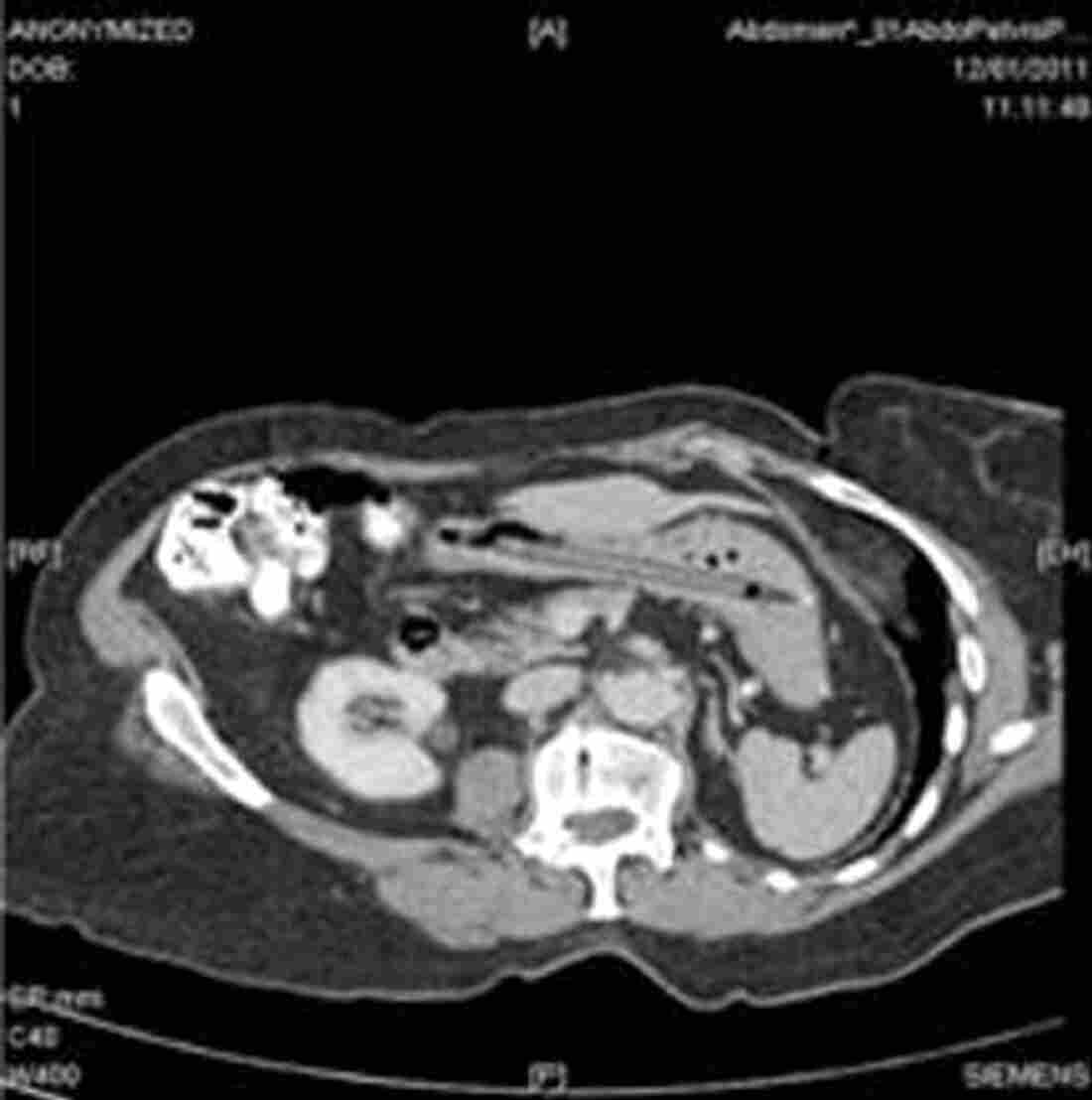 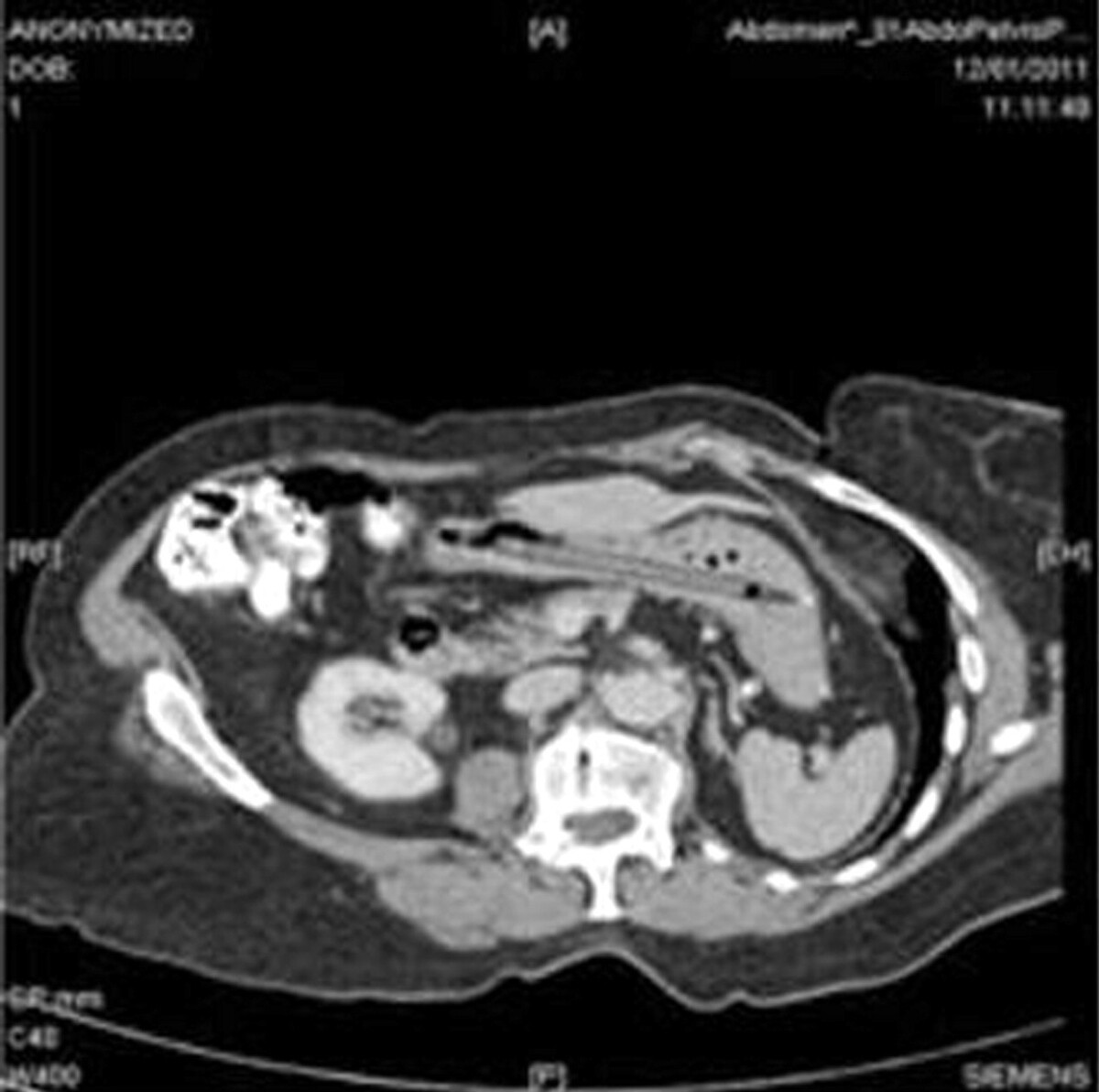 It's called "An incidental ﬁnding of a gastric foreign body 25 years after ingestion," by Oliver Richard Waters, Tawﬁque Daneshmend, Tarek Shirazi, in BMJ Case Reports from 2011.

A 76-year-old female, with a blameless medical history other than well-controlled depression, was referred for urgent investigation due to weight loss and diarrhea. A flexible sigmoidoscopy demonstrated severe diverticulosis and a subsequent CT abdomen showed a linear foreign body in the stomach but no other abnormality (figure 1).

But then we go on:

Her symptoms resolved spontaneously. On subsequent questioning, she recalled unintentionally swallowing a pen 25 years earlier. While she was interrogating a spot on her tonsil with the pen she slipped, fell and swallowed the pen by mistake. Her husband and general practitioner dismissed her story and plain abdominal films done at the time were reported as normal.

Honestly, I don't blame the husband or the doctors for being skeptical. "Where's my pen?" the husband asks. "Oh, while using it to examine my tonsil, I slipped and it fell down my throat" seems so...unlikely. However, 25 years later, when the hospital doctors took a second look...

A gastroscopy demonstrated a plastic felt-tip pen sitting in the lumen of the stomach without evidence of any gastric damage... It was subsequently removed in a combined endoscopic and ear, nose and throat procedure under general anaesthetic.

And here's the best part:

After 25 years (and remember, it's not a fountain pen, or a ballpoint, it's felt-tipped!)

The pen was still in working order (figure 2).

I found this study on the Improbable Research site. You can see it here.