Accessibility links
Trees Come 'From Out Of The Air,' Said Nobel Laureate Richard Feynman. Really? : Krulwich Wonders... When you see a tree, a big, tall, heavy one, and you wonder where did it get its mass, its thick trunk, its branches — the instinctive answer would be from the soil below, plus a little water (and, in some mysterious way, sunshine), right?

Trees Come 'From Out Of The Air,' Said Nobel Laureate Richard Feynman. Really?

Trees Come 'From Out Of The Air,' Said Nobel Laureate Richard Feynman. Really?

Ask one of the greatest scientists of the 20th century a simple question, and his answer makes me go, "What? What did he just say?"

The question was: Where do trees come from? 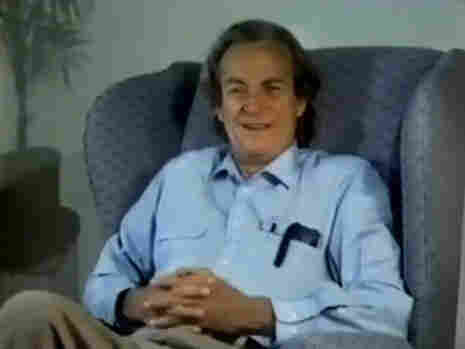 Meaning, when you see a tree, a big, tall, heavy one, and you wonder where did it get its mass, its thick trunk, its branches — the instinctive answer would be from the soil below, plus a little water (and, in some mysterious way, sunshine), right? 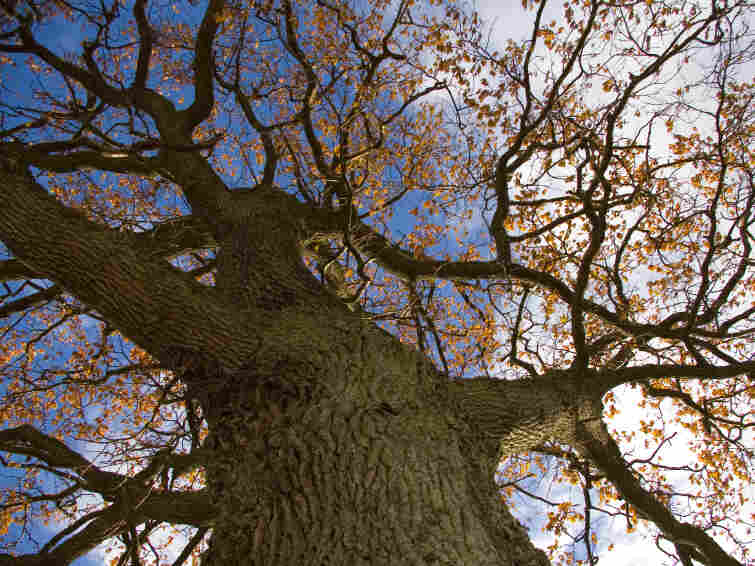 Nope, says the late Nobel laureate Richard Feynman, sitting in an easy chair, thinking out loud in a You Tube video clip from 1983: "People look at a tree and think it comes out of the ground, that plants grow out of the ground, " he says, but "if you ask, where does the substance [of the tree] come from? You find out ... trees come out of the air!"

From the air? Trees are hard, branchy, heavy, covered with bark. They don't precipitate out of air. This sounds like sorcery, not science.

But then Feynman says it again, "They surely ... come out of the air." 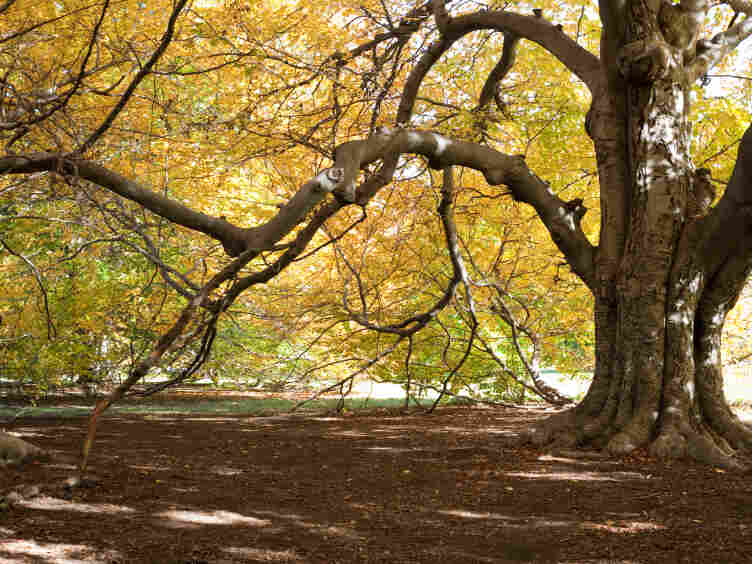 If you are wondering how tons of wood, leaf, bark and all the innards of, say, a massive redwood tree can get pulled out of air, you'll want to hear Feynman's explanation, which is mostly him happily arguing with himself. ("How is it the tree is so smart ... and do that so easily? Ah! Life! Life has some mysterious force? No! ...")

But before you go to Feynman, it's best to start here, with this primer from Derek Miller of Australia's science video site, Veritasium. "Would it surprise you," Derek asks three young guys in a park — one of them wearing a T-shirt that says "living the dreem," "to discover that 95 percent of a tree is actually from carbon dioxide, that trees are largely made up of air?" The guys smile politely and say, "Ummmm ... OK ... "

I think, watching this video, you'll be more surprised than they were.

So that's the lesson: that a tree gets its mass from air and water. It "eats" air, chomps down on airborne carbon dioxide, then uses sunshine to pull the carbon dioxide apart, gets rid of the oxygen, which "it spits back into the air," says Feynman, "leaving the carbon and water, the stuff to make the substance of the tree."

But wait a second! Water is in the ground, right? Water is not in the air. Ah, says Feynman, but how did water get into the ground? "It came mostly out of the air, didn't it?" Waving his hands, he says rain "came out of the sky."

What a beautiful notion, that from the dancing air comes the towering monarchs that are our trees. But don't take my word for it, or Derek's. You're now ready to hear it from the Big Guy. When this begins, he's talking about fire. He gets to trees about two minutes in.