Accessibility links
Do You Know Where Your Children Are? Is That Always A Good Thing? : Krulwich Wonders... Decades ago, kids were encouraged to play outside and explore the outdoors. Nowadays, protective parents have reined in their children, leading to strictly structured (and supervised) playtime. The kids don't seem to be fighting it, but do these new rules stymie childhood creativity?

Do You Know Where Your Children Are? Is That Always A Good Thing?

Do You Know Where Your Children Are? Is That Always A Good Thing?

There was a time — and it wasn't that long ago — when kids would leave home on a summer morning and roam free. "I knew kids who were pushed out the door at eight in the morning," writes Bill Bryson of his childhood in the 1950s, "and not allowed back until five unless they were on fire or actively bleeding." That's what kids did. They went out. Parents let them, and everybody did it. "If you stood on any corner with a bike — any corner anywhere — more than a hundred children, many of whom you had never seen before, would appear and ask you where you were going," Bryson writes. That was then.

But it's not now. Look at what's been happening all over the developed world. The Thomas family has been living in Sheffield, a town toward the north of England, for at least four generations. When great-grandpa George Thomas turned 8 in 1919, he was allowed to walk six miles — by himself — to go fishing. But each generation after has been given less and less room to roam. In 1950, when Jack, the grandfather, turned 8, he was allowed to go just a mile on his own to visit the woods.

In 1979, when Vicky, the mom, turned 8, she was allowed to ride her bike around the immediate neighborhood, walk by herself to school, and could visit a swimming pool on her own. Her zone of play was a half-mile wide. 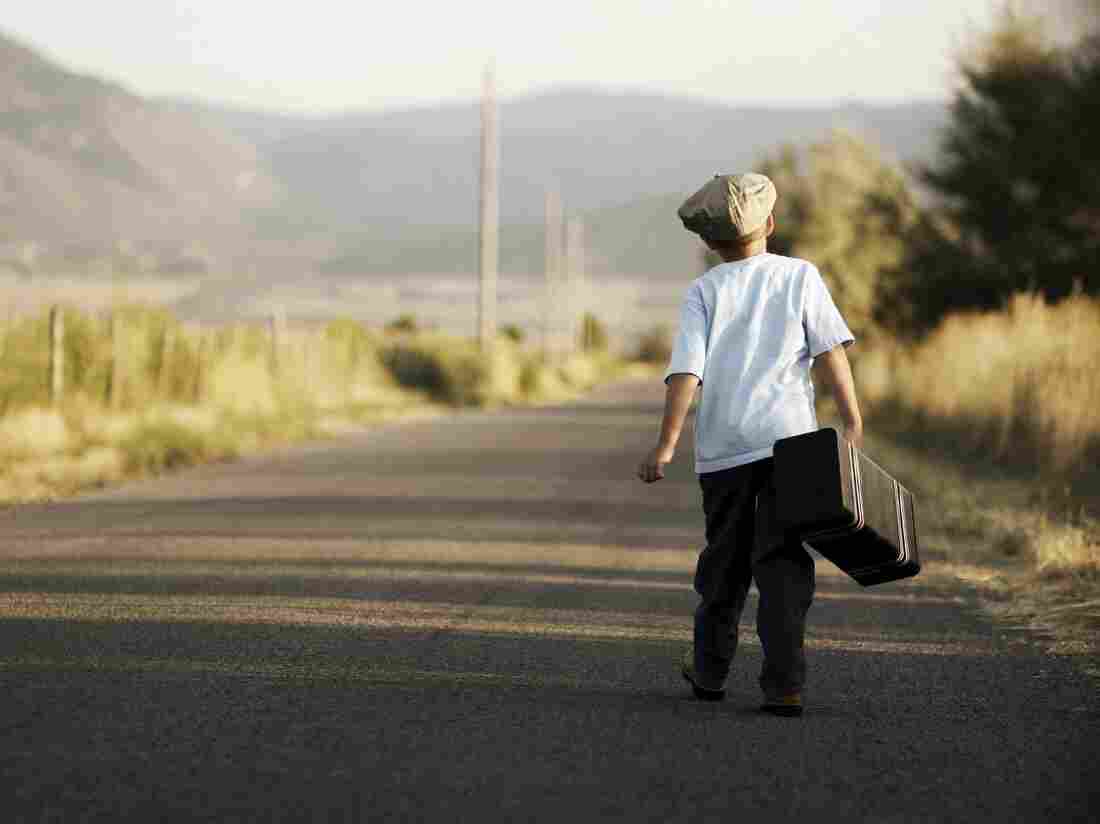 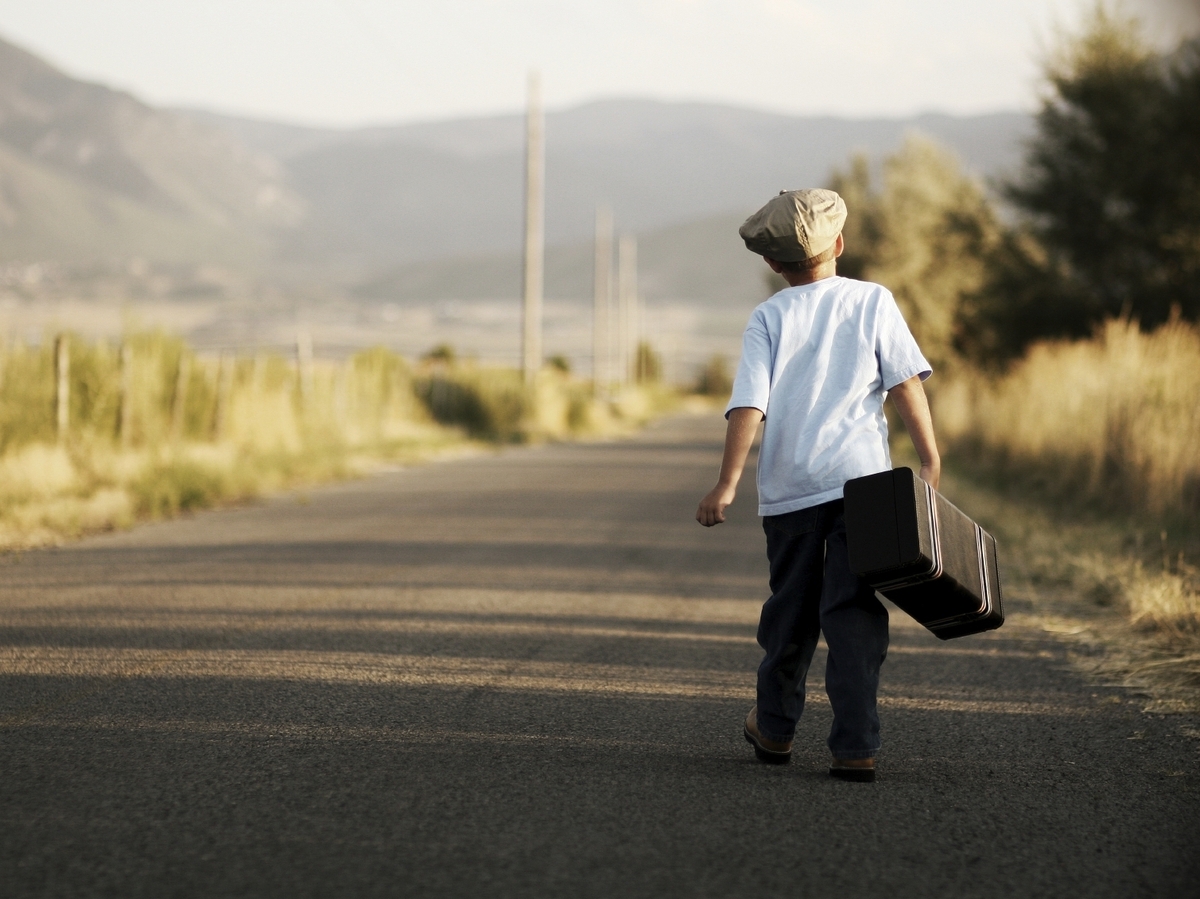 And then we have the current generation, Ed.

His freedom to roam is drastically different from his great-granddad's. In an interview with the Daily Mail in 2007, Vicky said her son, then 8, was "driven the few minutes to school, is taken by car to a safe place to ride his bike and can roam no more than 300 yards from home." Basically, he stays on the block.

In fact, she says, he prefers the family yard to the street outside. "He doesn't tend to go out because the other children don't," she said.

The Thomases are not unusual. A 1990 study called "One False Move" tracked the unsupervised play spaces of British children across generations and found the newest 8-year-olds have 1/9th the roaming territory of their parents. That's a one-generation change. Back in the 1970s, 80 percent of British 7- and 8-year-olds were allowed to go to school unsupervised. By 1990, the percentage was 10 percent.

These days in the United States, writes scholar Chelsea Benson, "children spend an average of 30 minutes per week engaged in free play outdoors." Their parents won't let them out alone. "Children do not have the time or parental permission to explore natural areas and create their own special places," she says. "Unstructured time outdoors is becoming a thing of the past."

Unstructured time outdoors is becoming a thing of the past.

What's happened? Back in the 1950s in Des Moines, parents must have known their kids would do stupid things, like jump off trestle bridges into filthy rivers. Bill Bryson regularly leaped into the Raccoon River, which was a watery soup of "dead fish, old tires, oil drums, algal slime, heavy metal effluents and uncategorizable goo." He describes sneaking to the top of a shopping center past "a vicious, eagle-eyed stick of a woman named Mrs. Musgrove who hated little boys," to get to a perch eight floors directly above a lobby restaurant onto which he would drop peanut M&Ms.

"A peanut M&M that falls seventy feet into a bowl of tomato soup makes one heck of a splash, I can tell you," he says.

Are modern parents trying to protect innocent soup eaters from their 8-year-olds?

No, say the studies. Parents today are afraid that their children will be hurt, bullied or even abducted close to home. And they worry longer. In Italy, reports Chelsea Benson, "71 percent of 7- to 12-year-olds are always accompanied by adults on journeys to and from school." (12-year-olds? Really?)

Are These Fears Real?

Maybe parents have good reason to fear strangers, predators or heavy traffic. Maybe they think their friends will think them irresponsible to let their kids go unsupervised. Maybe media horror stories are more horrible these days. Or more accurate.

Whatever is causing this, children don't seem to be objecting. In this, too, the Thomas family in Britain is typical. Eight-year-olds these days seem content to stay close to home, plugged in to Playstations, iPads, their phones, texting away. Richard Louv, a columnist for the San Diego Union-Tribune, worries that bugs and creepy crawly things may become more alien, more "other," if kids stay out of the woods. All over the world, children may not be getting to explore plants and animals in natural settings on their own. That's a loss, he thinks. Will they know what they're missing? In 2005, Louv asked a fourth-grader in San Diego where he liked to play, indoors or out? The kid said, "I like to play indoors better 'cause that's where the electric outlets are."

Bill Bryson's book about growing up in Des Moines can be found in his The Life and Times of the Thunderbolt Kid. Chelsea Benson's graduate thesis about child play is now a book, Changing Places. Mayer Hillman, John Adams and John Whitelegg's study of how families in Britain are shrinking their unsupervised play spaces is called One False Move ... A Study of Children's Independent Mobility, from the Policy Studies Institute in London.