Accessibility links
Animals Who Love to Rub Themselves With Ants. Is This Addictive? : Krulwich Wonders... Many birds seek out anthills, but not for a snack: They just want to roll around in a pile of insects. Some scientists think this strange behavior serves as a form of insect repellent. Others maintain that "anting" is a fun, pleasurable (and maybe even habit-forming) experience for birds.

Animals Who Love to Rub Themselves With Ants. Is This Addictive?

Animals Who Love to Rub Themselves With Ants. Is This Addictive?

This is how we do it. 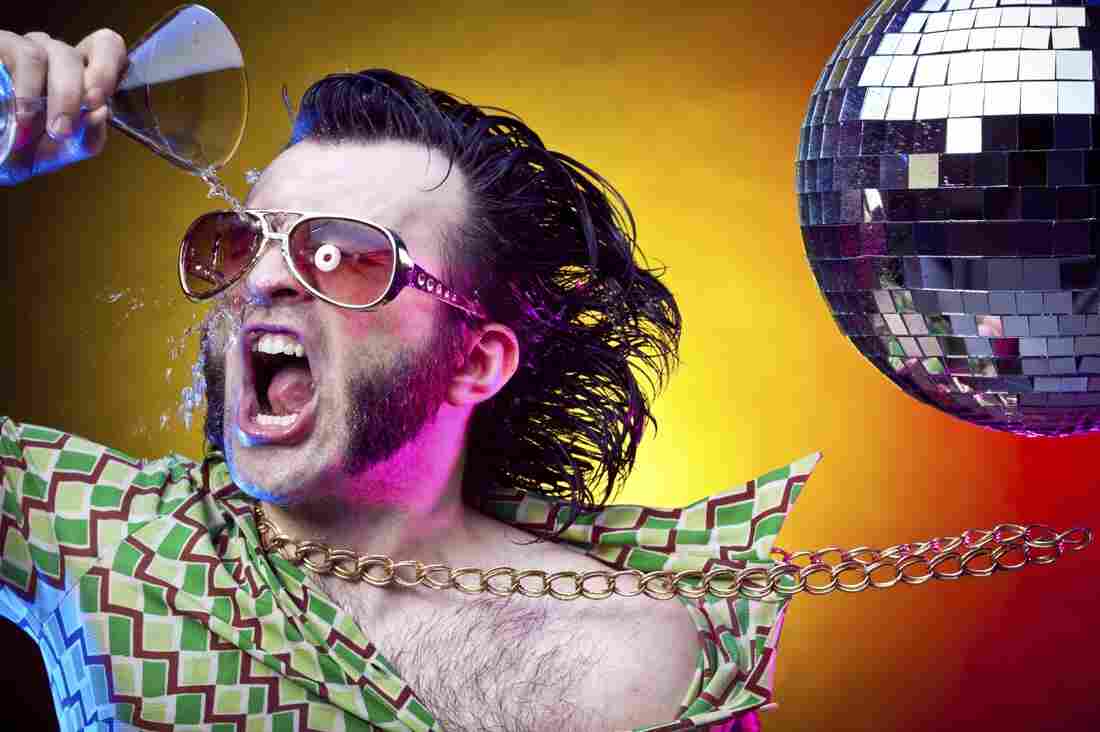 This is how they do it. 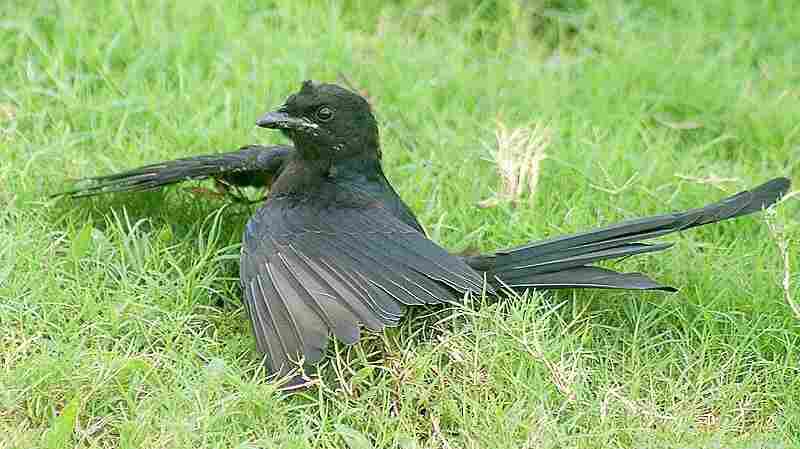 I'm talking about birds. Every so often, they, like us, let loose and do what it takes to feel really, really good. The bird version is to sit on an anthill so that hundreds of ants crawl all over their bodies, or, even better — and I hope you can imagine how fabulous this must be — some birds gobble up mouthfuls of squashed ants and rub themselves all over.

Birds call this bliss. Scientists call this "anting." It's a common avian practice, seen in many songbirds, and is especially done by the smarter birds. Ravens do it, magpies do it. Crows do it. Here's what it looks like:

Why birds "ant" is something of a mystery, but one thought is that mashed ants become, oddly, a form of insect repellant. Ants have defensive secretions, chemical weapons they use to fight off other insects and fungi, so if you smear what they've got all over your feathers, you're stealing their fungicides, miticides, insecticides and biocides so you can move through the forest unpestered.

Plus, ants are cheap. They're around. They smoosh easily.

The Better Reason For Anting 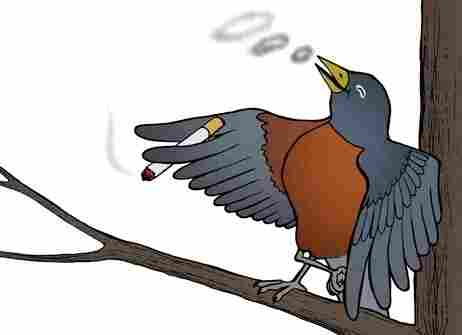 But that's a sensible explanation. Here's a better one:

Birds "ant" a lot in spring and summer, when they lose their feathers. For many birds, that's molting season. So maybe ant secretions are like bath oil; they soothe the skin during feather replacement. Science writer (and Radiolab regular) David Quammen wrote about this years ago. He quotes a British scientist who declared "the purpose of anting is the stimulation and the soothing of the body," and that the general effect "is similar to that gained by humanity from the use of external stimulants, soothing ointments, counter-irritants (including formic acid) and perhaps also smoking."

Well, there you go. Instead of two packs a day, these birds rub themselves with ant juice. And like cigarettes, anting can become a bad habit, even an addiction. There are scientists who think birds do become anting addicts. Quammen references a second study that compares anting to "the human habits of smoking and drug taking," and says, "it has no biological purpose but is indulged in for its own stake, for the feeling of well-being and ecstasy it induces."

That's why you often see mother birds screeching at their fledglings who come near their first anthill. "Stay away from there, child. ... Don't you touch those ants. ... Do you hear me?" they cry. Or so I'm told. I don't speak raven. Or crow. But I've been a parent. So some things I know.

I found Y.C. Wee's recent (2008) paper on anting fun to read. In it, he describes how Kelvin K.P. Lim (probably from Singapore) saw a Javan myna bird "carefully picking up live kerengga ants and placing them, one at a time, under its wings. Each time it did this, the bird went into a curious dance that involved flopping around on the grass with its wings outstretched and beak opened." (There are pictures.)

David Quammen's essay on crows, "Has Success Spoiled The Crow?" can be found in his book Natural Acts. That's where he refers to anting, and in particular to two studies, "A Review of the Anting Behavior of Passerine Birds," K.E.L. Simons, in British Birds, Vol. L, October 1957, and "Avian Play," Millicent S. Ficken, in The Auk, vol. 94. July 1977.