Accessibility links
When You're Almost Extinct, Your Price Goes Up : Krulwich Wonders... When a species gets rare, its market value rises. The higher its price, the more it's hunted. The more it's hunted, the rarer it gets. It's not a happy cycle — and leads to outrageous prices, like $50,000 cycads and $736,000 fish.

When You're Almost Extinct, Your Price Goes Up

When You're Almost Extinct, Your Price Goes Up 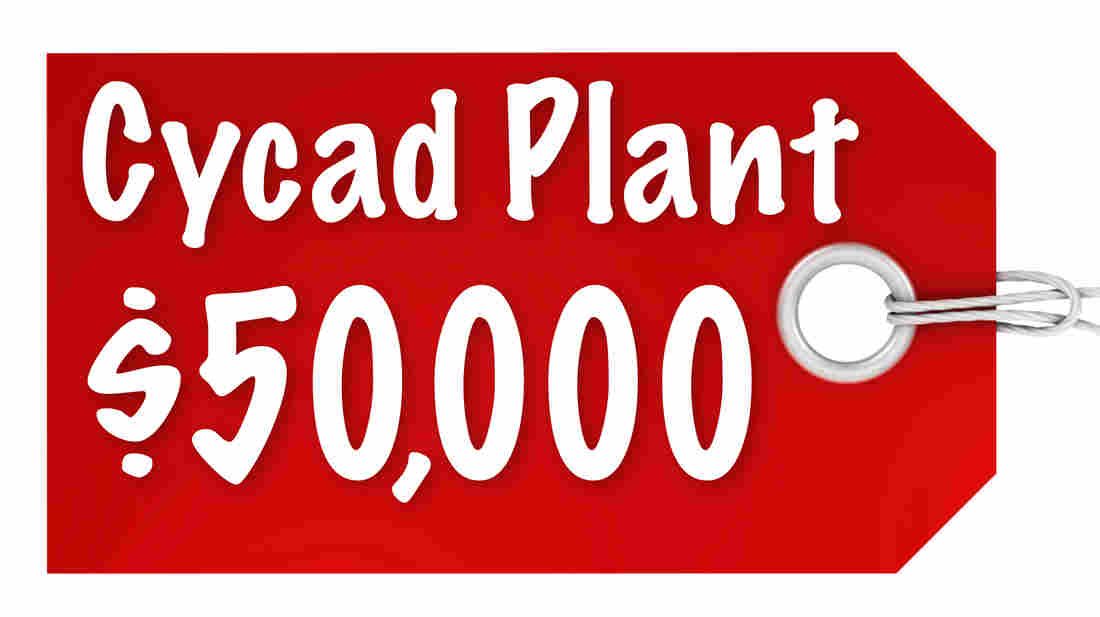 Cycads are stumpy, palm-like, very ancient plants, with a lineage that goes back 300 million years. Recently, they've become fashionable for high-end gardeners, and because they are so sought after, they're increasingly valuable. Poachers now snatch them from the wild, sometimes from private botanical gardens.

When Hurricane Frances swept through South Florida in 2004, thieves sneaked into Miami's mandatory evacuation area, slipped into the Fairchild Tropical Botanic Garden and stole over 30 endangered cycads. Some had been in the garden's collection for decades.

"These are unbelievably well-organized and highly profitable criminal syndicates," says Niel Maritz, who owns a game lodge in Limpopo, South Africa, with hundreds of cycads on it. He told The [Toronto] Globe and Mail, "They come in the full moon, they remove the plants at night," taking them away on trucks.

Some poachers even use helicopters, says Harvard's Piotr Naskrecki. In his new book, Relics, he describes how, for the rarest cycads, "small electronic identification chips have been installed deep in trunks. This, in theory, should help identify stolen plants when they are being transported across international borders. But it didn't take long for poachers to start using X-ray machines to locate and remove the chips."

Cycads in the wild are getting harder and harder to find. 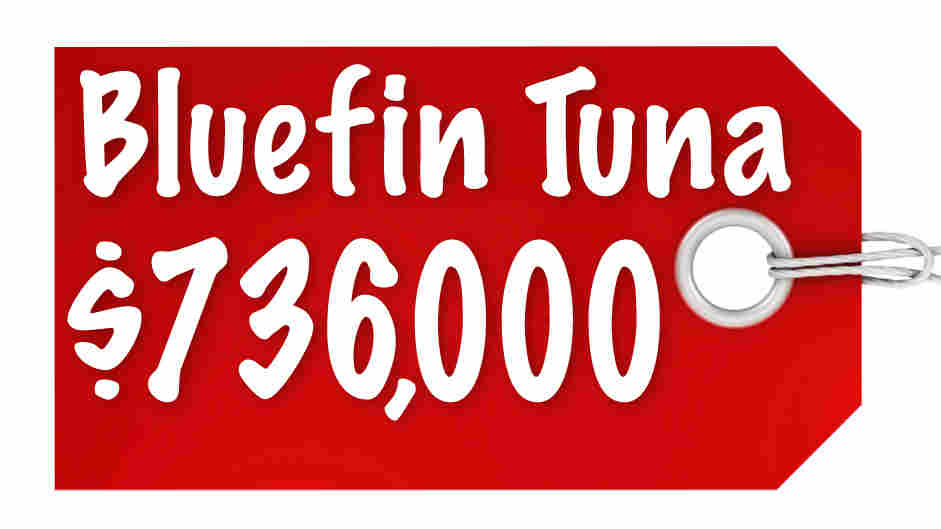 It was a single fish, caught off northeastern Japan and put on the auction block at Tokyo's Tsukiji fish market. It weighed 593 pounds. That's huge. And very rare. On Jan. 5, 2012, when the bidding ended, Kiyoshi Kimura, president of a sushi restaurant chain, had paid $1,238 per pound; that's $736,000 for one animal. Imagine being the fishing team who went to work that day and came home with three quarters of a million dollars.

Is any fish worth that much? Yes, says writer Trevor Corson (The Secret Life of Lobsters), but "it's money spent on advertising, not fish." Serving your customers a piece of one of the last great oceanic giants attracts media attention and gives the buyer bragging rights. People want to feast on something their neighbors, their friends can't have. 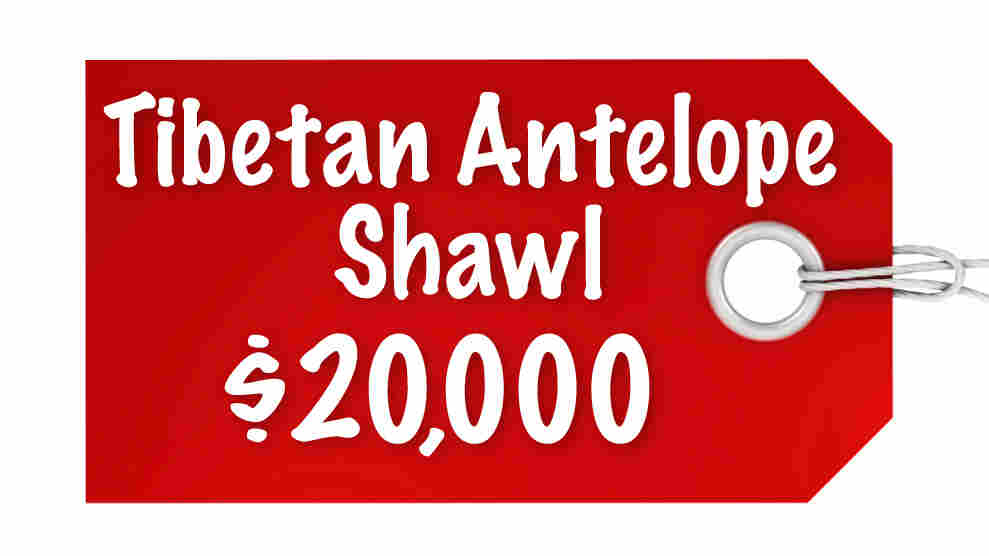 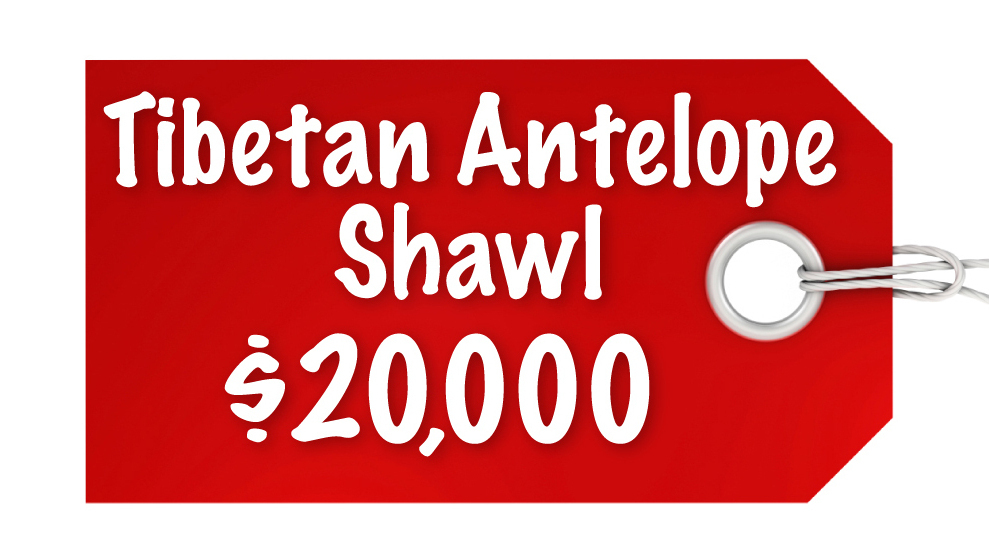 It takes three chiru to make a shahtoosh. Chiru are delicate-looking antelopes that live in the high Tibetan plateaus. A shahtoosh, says the Times of India, is a "most prized" shawl, "beloved of Mughal emperors. It is very warm, yet so soft and fine" that you can bunch it up and slip it through the band of a wedding ring. It's also illegal, banned because three chiru have to be culled and skinned to make a single garment, and as shahtooshes became more popular, the chiru population in Tibet has plummeted.

Yet you can still buy a shahtoosh if you can afford the black market fee, which in India, says the Times, is as high as $20,000. "At these prices," the paper says, "the profitability of poaching overwhelms any official ban."

Governments still try to enforce the worldwide ban. A few years ago, U.S. federal marshals showed up in the Hamptons on Long Island and issued subpoenas to women who, they had reason to believe, had purchased a shahtoosh. Christie Brinkley was one of them (I read that she got it as a gift from Richard Gere). She and the others were asked to turn in their shahtooshes, which, for the most part, they did. The importers were charged, sentenced, but these "ultra soft, ultra thin, ultra warm" wraps, as Vanity Fair describes them, still attract customers in Europe and Asia, and prices are still rising. 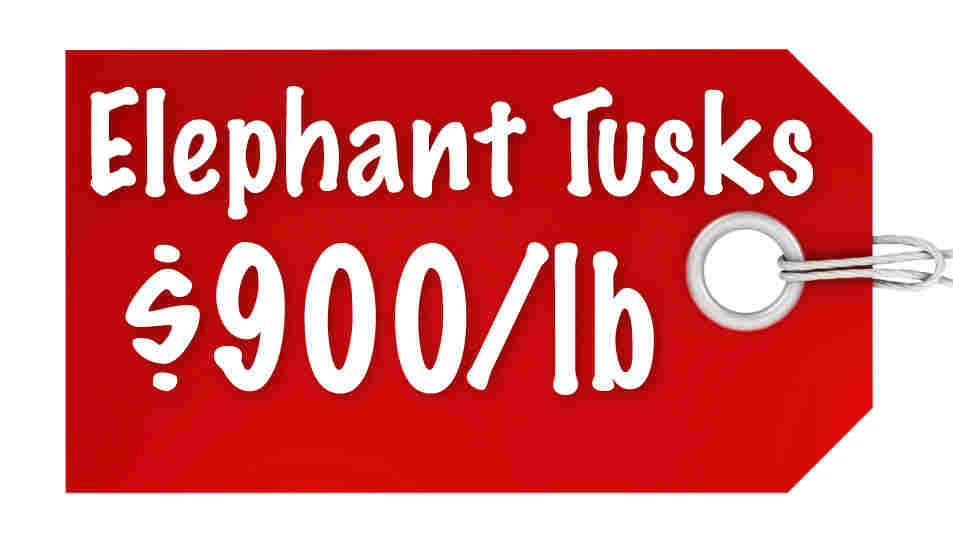 This year, NPR's own Frank Langfitt went looking for illegal ivory in China and found it pretty much everywhere. Grace Gabriel, of the International Fund for Animal Welfare, says she's seen black market prices jump from $270 a pound to more than $900. A jump like that may not last, but since mature elephants carry about 22 pounds of ivory in their tusks, that works out to — very roughly — $19,800 an elephant.

The increase has had its effect. Elephant hunting has gotten more relentless, and more violent. In January 2012, according to National Geographic, "a hundred raiders on horseback charged out of Chad into Cameroon's Bouba Ndjidah National Park, slaughtering hundreds of elephants — entire families — in one of the worst concentrated killings since a global ivory trade ban was adopted in 1989. Carrying AK-47s and rocket-propelled grenades, they dispatched the elephants with ... military precision," and made off with more than a million dollars in ivory.

More recently, The New York Times reported how a team of wildlife rangers in Garamba National Park in the Congo came upon a group of poachers who, said chief ranger Paul Onyango, "opened up on us with PKMs, AKs, G-3s, and FNs." He said, "Most poachers are conservative with their ammo, but these guys were shooting like they were in Iraq. All of a sudden, we were outgunned and outnumbered." The rangers backed off.

Where does all this ivory go? Bryan Christy of National Geographic found buyers all over, most surprisingly among South Asian Catholics and Buddhist Temple shops, where religious icons are often made of illegal ivory. Do people know? Do they care? He ends his story with a 42-year-old Chinese entrepreneur who has just bought a couple of carved ivory "balls," one for himself, one for a friend. The entrepreneur plans to put his $50,000 ball in a conspicuous place in his new home where it will "hold the house against devils." This ivory trinket, says Christy, is "simply a very precious toy."

Christy then asks the entrepreneur, why did you buy this ivory thing? Why are they popular among young entrepreneurs?

And there's the problem. We aren't thinking when we choose a scarf, choose an exotic plant, buy an ivory ball. We should, but much too often, we don't.