Accessibility links
When You're Visited By A Copy Of Yourself, Stay Calm : Krulwich Wonders... You're born, live and die with one body. One is all you get. But some people, says neurologist Oliver Sacks, occasionally get another one; it's an illusion, a hallucination, but it follows you around, copying everything you do. It looks like it's keeping you company. But it's not.

When You're Visited By A Copy Of Yourself, Stay Calm

When You're Visited By A Copy Of Yourself, Stay Calm

You know Carl Linnaeus, right? The great Swedish naturalist who categorized plants and animals in the 1750s? He was a singular figure in botany. But when he got a headache, he stopped being singular. He doubled, from one Carl to two. 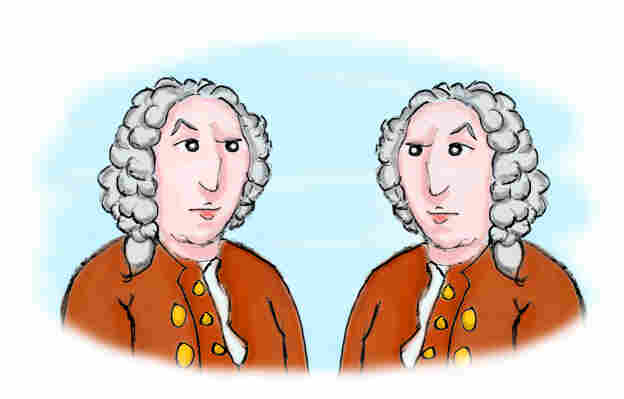 Linnaeus suffered from migraine attacks, and according to neurologist Macdonald Critchley, when his headaches came on, he'd hallucinate. A second, phantom Carl Linnaeus would often appear — seen only by the first — and would float about, doing whatever Real Carl was doing. So Linnaeus would be in his garden, checking out a plant or plucking a flower, and he could see, at a respectful distance, the Other Carl stooping and plucking the same way at the same time. Linnaeus didn't fear his phantom; in fact he got used to it. 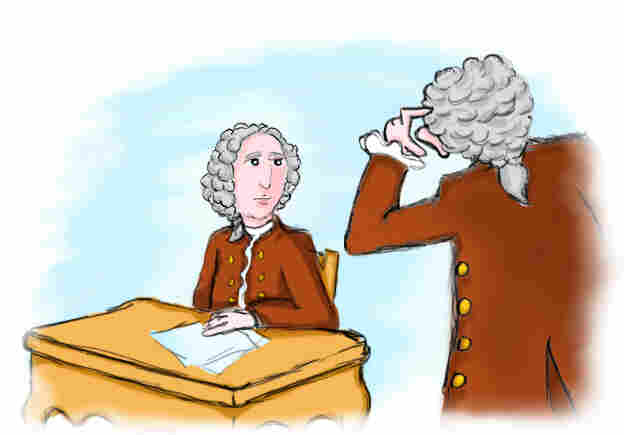 As Critchley describes it, the phantom might sit in Linnaeus' seat at his library desk, and Real Linnaeus, would, presumably, ignore him. One time, Professor Linnaeus was lecturing at his university and decided to run down to his office to fetch a specimen to show the class, and Critchley says, he got to his office, "He opened the door rapidly, intending to enter, but pulled up at once saying, 'Oh! I'm there already.' "

What a strange condition — to be visited by your perfect double, your doppelganger. Dr. Oliver Sacks, in his new book on hallucinations, calls these episodes "autoscopic doubles," and he cites a number of cases from medical history.

August Strindberg, the Swedish playwright (is there something about Swedes that invites multiplication?) wrote an autobiographical novel where he, too, is followed by an "unknown man" who never says anything, but relentlessly copies his moves. Strindberg's phantom was not hostile, more annoying; "it was odd that he should push back his chair every time I moved mine."

Autoscopic doubles obey certain rules. "The autoscopic double is literally a mirror image of oneself, with right transposed to left and vice versa, mirroring one's positions and actions," says Dr. Sacks. This feels like that famous Marx brothers scene from Duck Soup, where Groucho breaks a mirror, but somehow the mirror keeps mirroring. Groucho looks at it, and there's his double — it's his brother Harpo — who does everything he does ... except for ... well, if you've never seen this, this is your chance ...

What those guys are doing is not what it was like for Linnaeus. Because, with autoscopic doubles, there's no silliness, no shared joke, no wink — just a dull, implacable sameness.

Says Dr. Sacks, "The double is a purely visual phenomenon, with no identity or intentionality of its own. It has no desires and takes no initiatives; it is passive and neutral.

Autoscopic doubles are not good company. They can also be evidence that things aren't exactly right in your brain. They come with migraines, epilepsy, post-traumatic disorders, encephalosis of schizophrenia — so you don't want them around, and you are probably happy when they go.

But while they're there, hanging around, it must be strange, even slightly fascinating, to have a second you always nearby, making your moves, not because it wants to, but because you made it. You're the boss. It's your slave. And nobody chose this. Not you. Not it. It's like you're both in a prison of someone else's making. So, like prisoners everywhere, you both surrender.

It Had A Constant Sad Expression

I like this gentle case, described in 1955 by Kenneth Dewhurst and John Pearson. Their patient is a schoolteacher, who, says Dr. Sacks, "at the start of a subarachnoid hemorrhage, saw an autoscopic 'double' for four days":

It appeared quite solid as if seen in a mirror, dressed exactly as he was. It accompanied him everywhere; at meal times it stood behind his chair and did not reappear till he had finished eating. At night it would undress and lie down on the table or couch in the next room of his flat. The double never said anything to him or made any sign, but only repeated his actions; it had a constant sad expression. It was obvious to the patient that this was all a hallucination, but nevertheless it had become sufficiently a part of himself for the patient to draw a chair up for his double when he first visited his private doctor.

"Here," he doesn't say to the other one who doesn't speak. "This is for you."

Read an excerpt of Hallucinations