Accessibility links
Finnish Underwater Ice Fishing Mystery Finally Solved : Krulwich Wonders... Four million people watched this video filmed beneath the surface of a frozen lake. What really happened on that cold day in Finland can now be revealed, although clever viewers may have already figured out the tricks.

I'm going to take you somewhere, but before I do, I should warn you that there's something not quite right about what you'll see. This place I'm going to show you will be astonishingly beautiful. It will be cold. It will be wet. But it will also be a touch — more than a touch — mysterious. So watch carefully.

I'm taking you to Finland, to central Finland, and we are going to visit Lake Saarijärvi (the Finns are fond of vowels), a little lake in the middle of the country, which in wintertime is frozen over — and where Finns like to go ice fishing. Here they practice the little known sport of underwater ice fishing. They fish completely submerged, breathing through air tanks, covered in thermal wear.

Please do not look at what I've written below the video. It will spoil the mystery. Watch the video first. Then read on.

So what just happened?

Well, to summarize: These submerged guys are walking along an icy lake floor. They have a wheelbarrow. They take some buckets of "water" and pour that "water" — or whatever it is (how can they pour water when they're already in the water?) — into the wheelbarrow.

Then, one of them starts to ply a hole into the ice.

The fellow with the wheelbarrow walks over, tilts the wheelbarrow, spilling the "water" onto the seafloor, and once the wheelbarrow is empty (how can it be empty? It's still filled with water), the wheelbarrow, mysteriously, starts to float upward, and then flies up, up, out of the picture, presumably to the lake surface. The fisherman catches no fish. That's it.

This is very weird.

Actually, what it is is extraordinarily clever. This video appeared earlier this year. Four million people saw it, argued about it and decoded it. I missed the whole thing. So if this is your first time, here's what you actually saw.

The entire film was shot upside down. 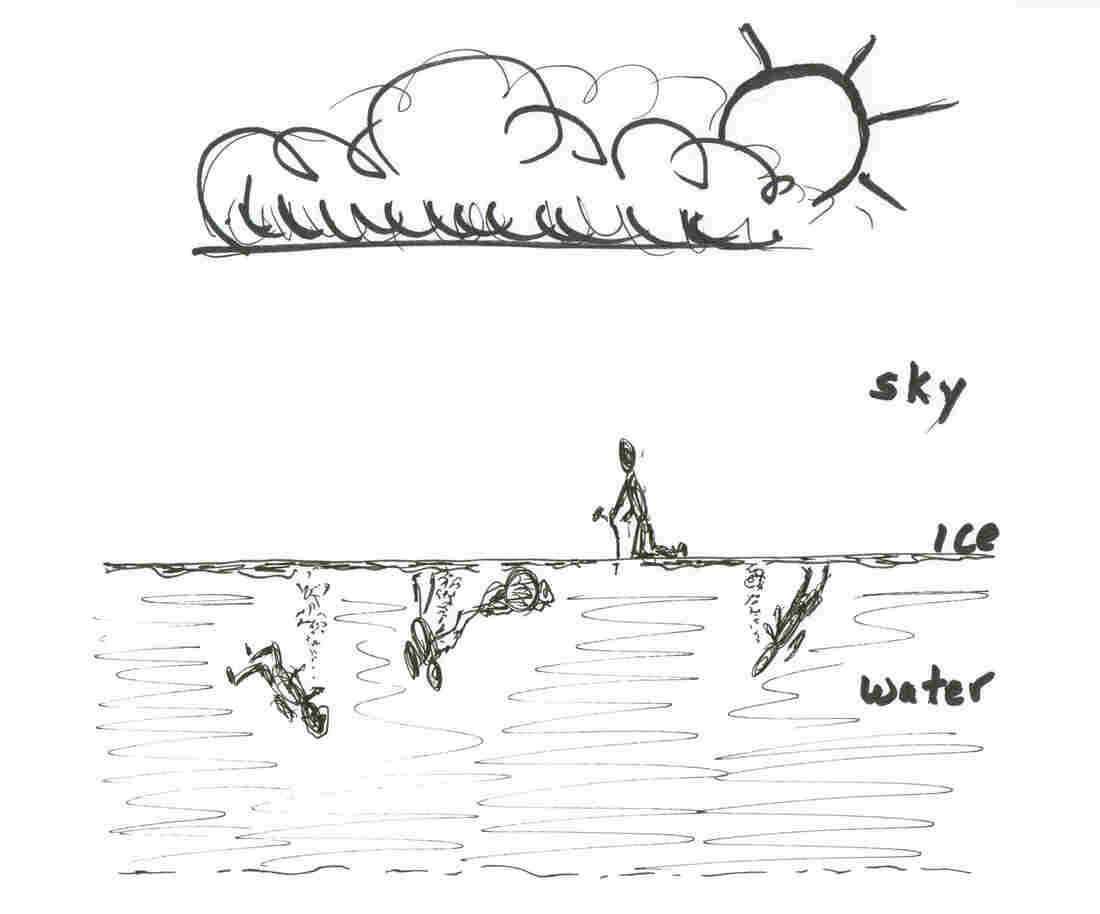 That's what the "surprise ending" meant to reveal, that the whole thing was a trick — but I didn't get it. Now that I realize what was going on, it turns out, had I been a little smarter, I would have noticed certain clues all along the way.

Notice when the divers breathe, the air from their tanks goes "down." Normally, air should float up. (Actually, of course, the air is going where it should — "up" — but in this topsy-turvy illusion, it looks like it's sinking to the lake floor.) I should have spotted that. 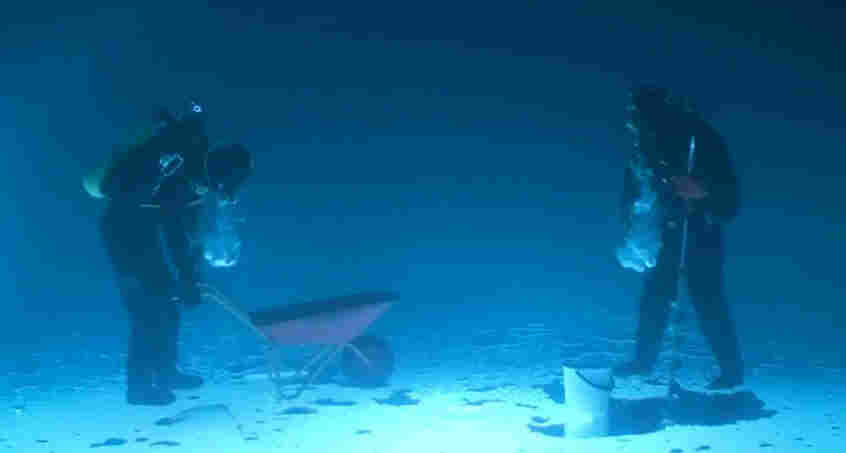 Notice the exhaled air is floating down, not up. YouTube hide caption 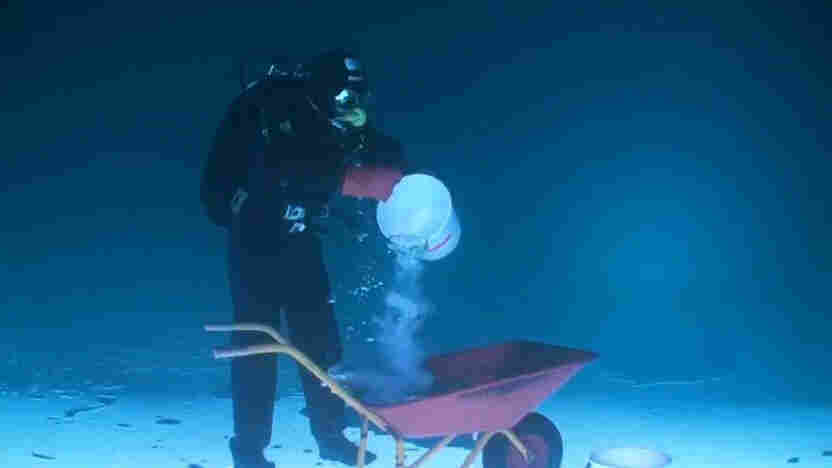 How come the divers didn't get dizzy from spending so much time upside down? Didn't the blood rush to their heads? They seem to have been upside down for a long time. And how did they manage to "step" solidly onto the icy undersurface? The smartypants on Reddit believe the divers in buoyant water weren't as challenged by gravity as upside-down people on land. And the divers wore dry suits insulated with air, and that air, pressing skyward, held them in place.

Why anyone would want to film in the freezing cold waters of a wintry Finnish lake, I don't know. I will probably never understand why they did it, but I'll give them this: What they did, they did very, very well.