Accessibility links
New Superhero, 3,200 Years Old, Turns Air Into Wood Superfast : Krulwich Wonders... "The President" is a 3,200-year-old giant sequoia that clocks in at 247 feet tall and counting. And contrary to most living things we can think of, giant sequoias grow faster later in life than earlier in life. 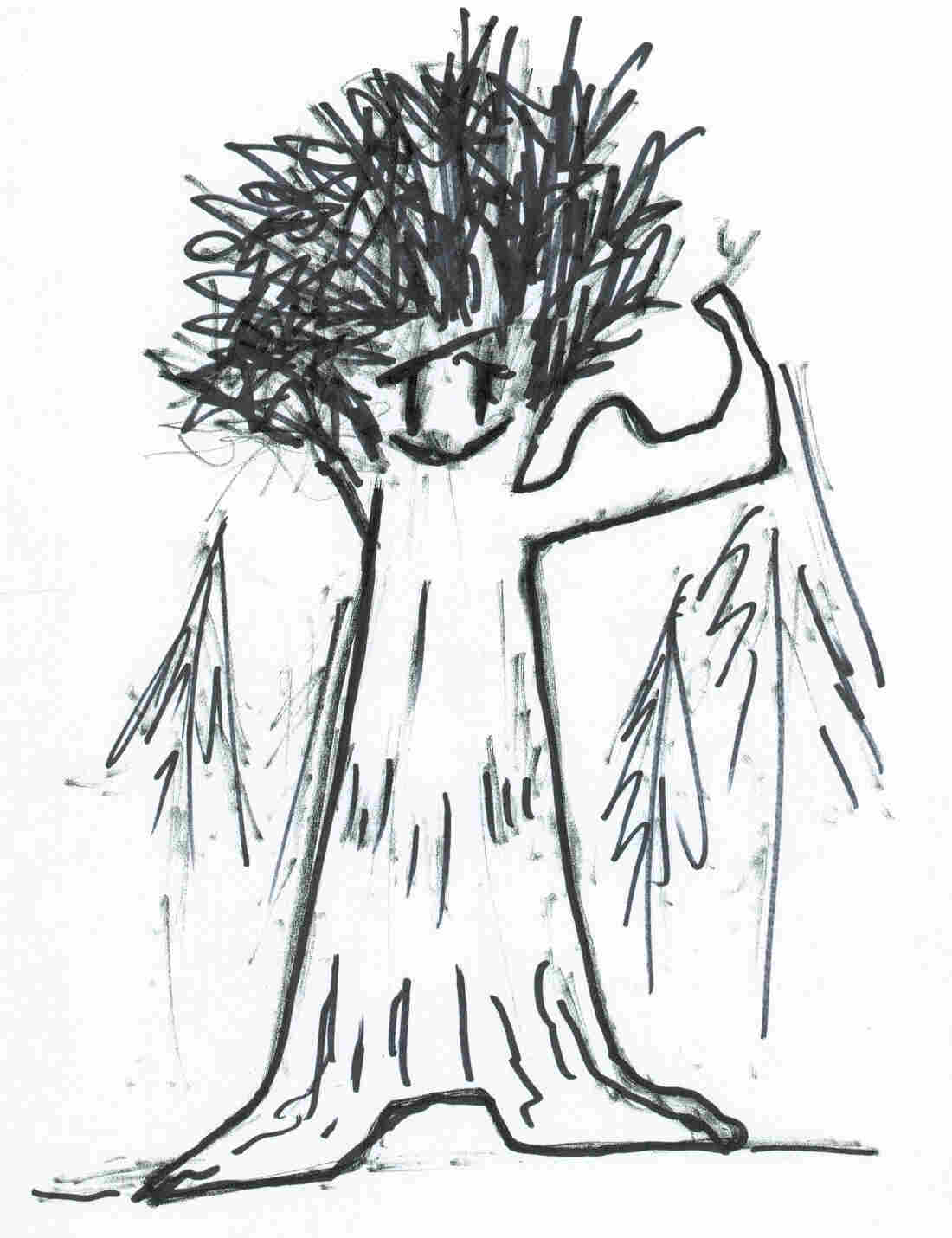 This is for you, Martina Navratilova, for you, Nolan Ryan, for you, Methuselah, for you, Jimmy Carter, and for all of you reading this if you're on the "wrong" side of 50 but still pumping. This week, we've got ourselves a role model, a poster boy for robust old age.

Actually, it's a poster tree: Sequoiadendron giganteum, the giant sequoia. And thanks to Professor Steve Sillett and his team at Humboldt State University, here's what we now know: these trees do more growing when they're older than when they're younger. The older they get, it seems, the faster they grow.

Let me say that again: Giant sequoias grow faster later in life than earlier in life. 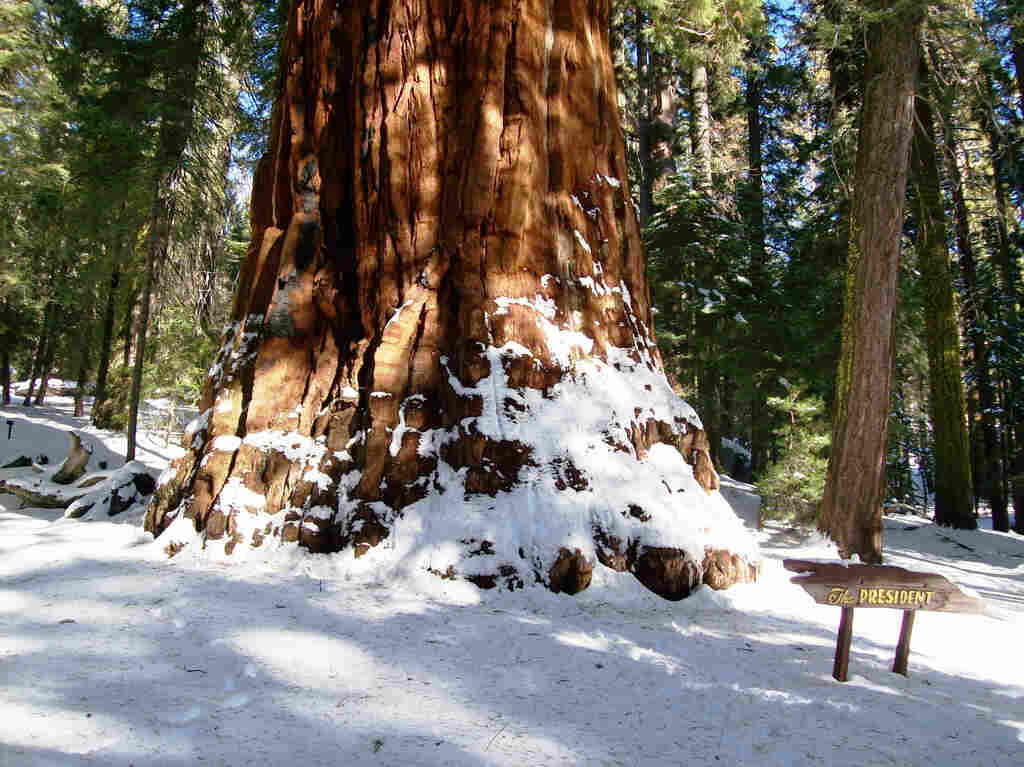 "The President" is the second most massive tree ever measured: it's 27 feet wide at the bottom and 247 feet tall. It has an enormous trunk that branches into four great limbs, each one, says science writer David Quammen, "as big as a sizeable tree," and hanging off in all directions looking for sunshine are its almost two billion leaves. So it's big. But it's getting bigger at a rate that will surprise tree scholars (and lumber companies), who've long assumed that trees, like most living things, slow down as they age.

Young trees, we thought, suck in great gulps of CO2 and then, with a series of chemical tricks, turn that air into wood, adding bulk to the trunk, thickening the branches, spitting out the oxygen, and they keep at it for years, fighting for sunshine, until, if they're lucky, they end up taller than their neighbors, so at last they can relax, and eventually, slow their growth rate, weaken and die. That's what we'd call a normal tree cycle. But giant sequoias, apparently, do it differently.

What Professor Sillett found was at the age of 3,200, this particular tree, is adding wood at a greater rate than its younger neighbors. He knows because he has measured closely, "inch by inch" says Quammen in his new National Geographic story. Sillett's finding contradicts years of lumber company wisdom that champions "short rotation forestry" — the principle that young trees (between 8 and 20 years old) produce the most wood. Well, now we have an exception.

An exceptional exception, actually, because these trees, as they age, develop a momentum that's almost athletic.

Ain't No Stoppin Me Now

So here's an oldster — way up in years — that's worth more alive than dead. Put that on our poster!

And maybe most impressive, says Professor Sillett, is this: that unlike giant redwoods (also massive, even taller, and maybe also geriatrically active) these trees live in a wintry zone. For six months a year, they are exposed to heavy snow, the soil below is frosty or frozen, and they can't grow. So they do what they do, adding more new wood per year than perhaps even giant redwoods — in half the time! At 3,000 years plus, they are sprinters.

Which is why — now that we know all this — I think we should change this giant sequoia's name. It shouldn't be "The President" anymore. That was good when it was just massive and stately. But now that we've learned what it can do, what it's doing, I think it needs a makeover. How about Hulk Hogan? Or Billie Jean King? That feels better. Because it fits.

I've written about Steve Sillett's tree explorations before, in a post called The World's Tallest Tree is Hiding Somewhere in California. David Quammen, whose National Geographic cover story I'm cribbing here, is a Radiolab regular. His newest book, Spillover, tells stories about virus and bacteria hunters who work hard to keep 7 billion humans safe from the many quadrillions of little, deadly pathogens that lurk in the birds, bats, pigs, insects and monkeys around us.