Accessibility links
Suddenly There's A Meadow In The Ocean With 'Flowers' Everywhere : Krulwich Wonders... You are on the cold ocean, staring at a thin sheet of ice, when suddenly, from literally out of the air, beautiful flowerlike objects start growing in front of you. The sea has become a meadow. But those strange "flowers" have a secret.

Suddenly There's A Meadow In The Ocean With 'Flowers' Everywhere

Suddenly There's A Meadow In The Ocean With 'Flowers' Everywhere

It was three, maybe four o'clock in the morning when he first saw them. Grad student Jeff Bowman was on the deck of a ship; he and a University of Washington biology team were on their way back from the North Pole. It was cold outside, the temperature had just dropped, and as the dawn broke, he could see a few, then more, then even more of these little flowery things, growing on the frozen sea.

"I was absolutely astounded," he says. They were little protrusions of ice, delicate, like snowflakes. They began growing in the dry, cold air "like a meadow spreading off in all directions. Every available surface was covered with them." What are they?

"Frost flowers," he was told. "I'd never heard of them," Jeff says, "but they were everywhere." 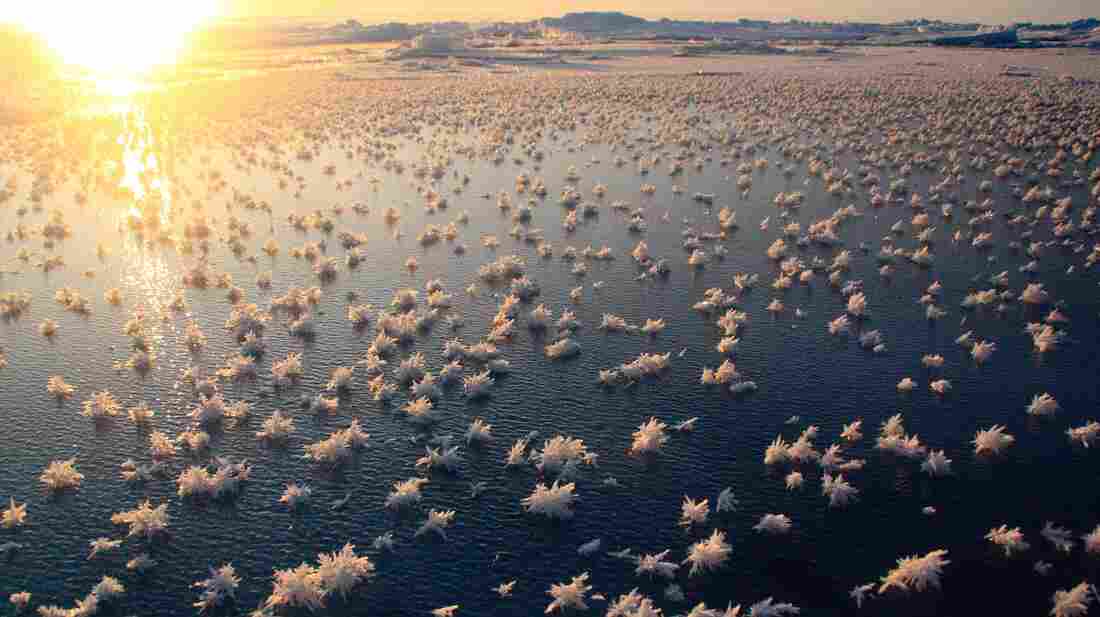 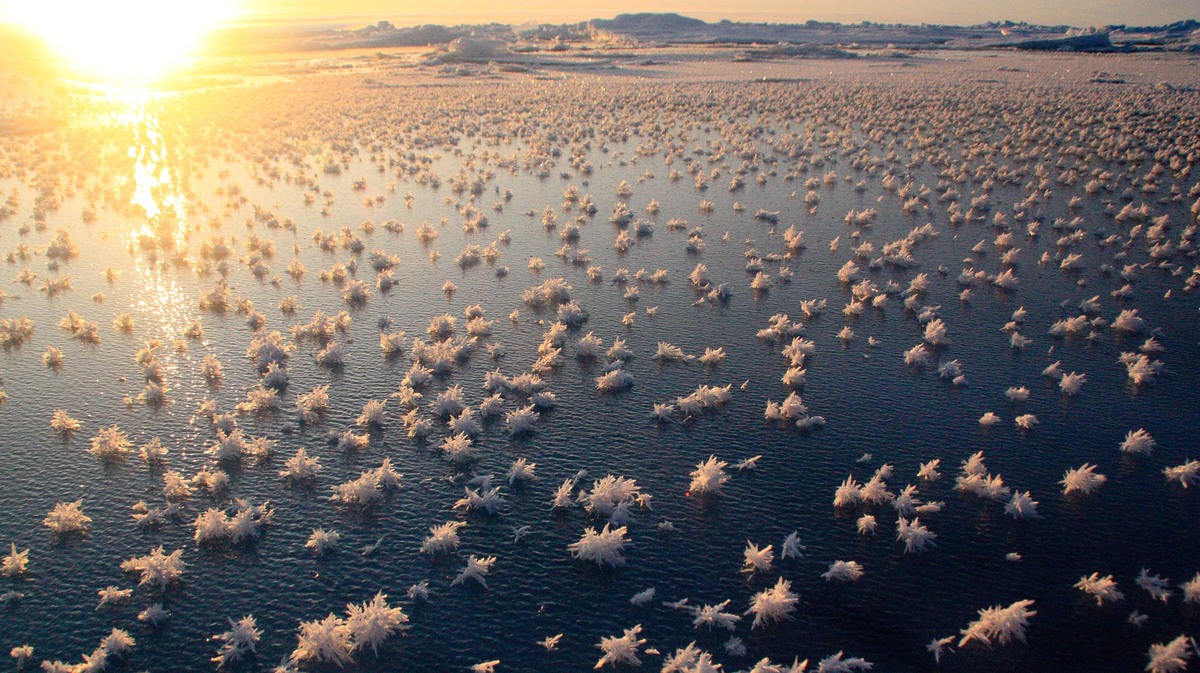 They aren't flowers, of course. They are more like ice sculptures that grow on the border between the sea and air. On Sept. 2, 2009, the day Jeff's colleague Matthias Wietz took these pictures, the air was extremely cold and extremely dry, colder than the ocean surface. When the air gets that different from the sea, the dryness pulls moisture off little bumps in the ice, bits of ice vaporize, the air gets humid — but only for a while. The cold makes water vapor heavy. The air wants to release that excess weight, so crystal by crystal, air turns back into ice, creating delicate, feathery tendrils that reach sometimes two, three inches high, like giant snowflakes. The sea, literally, blossoms. 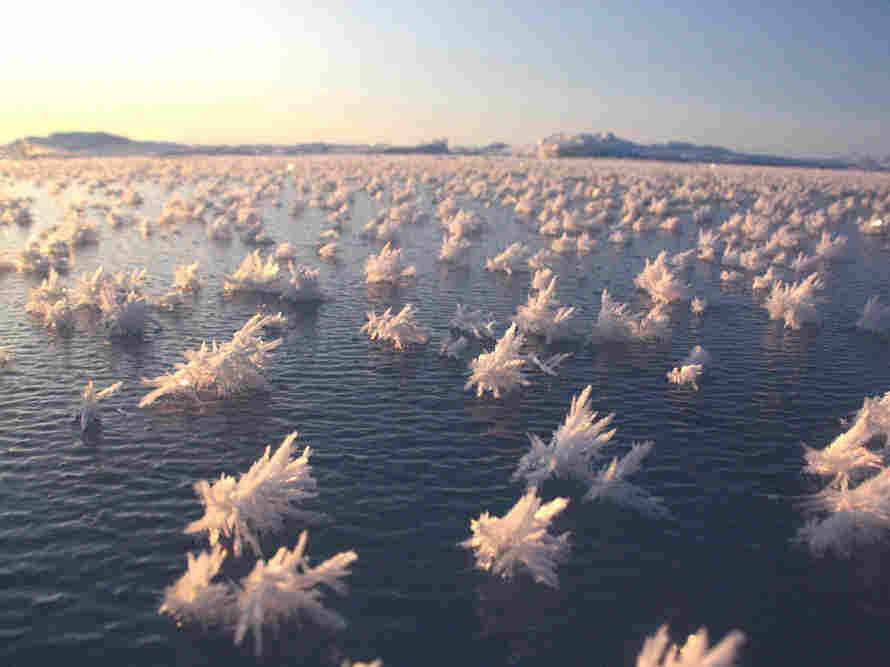 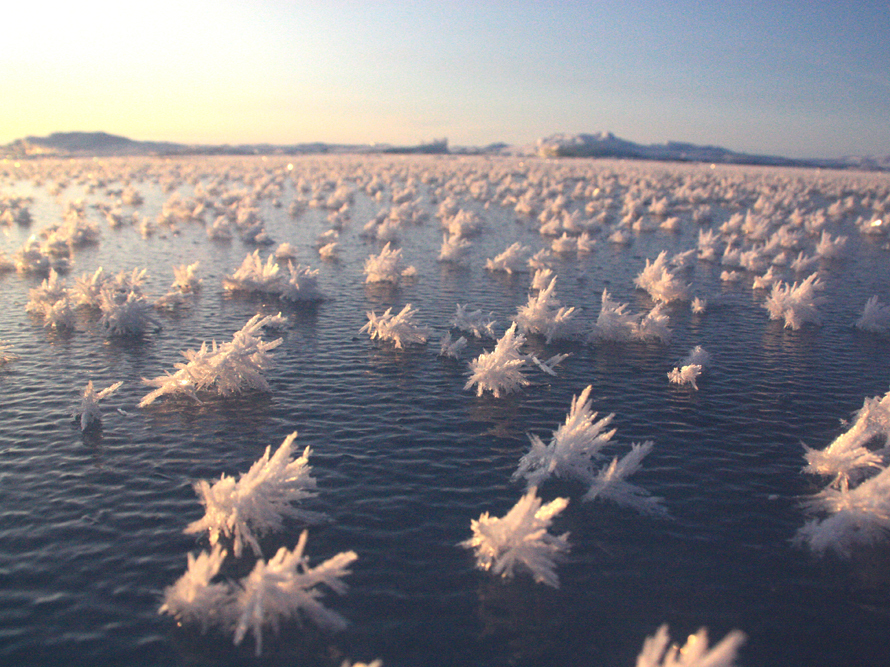 Jeff's professor Jody Deming believes that as the poles warm, there will be more and more of these meadows, because there will be more and more open sea that turns to thin ice in winter. But as beautiful as they are, scientists prize frost flowers because they are so salty. These blossoms suck up seawater, concentrate the salt and have three times the salinity of the ocean. You could think of them as beautiful pickles.

Which is why it would be surprising to find anything alive in these things. But here comes the surprise. "If you take a frozen flower and let it melt," and that's what Jeff and his colleagues did ... 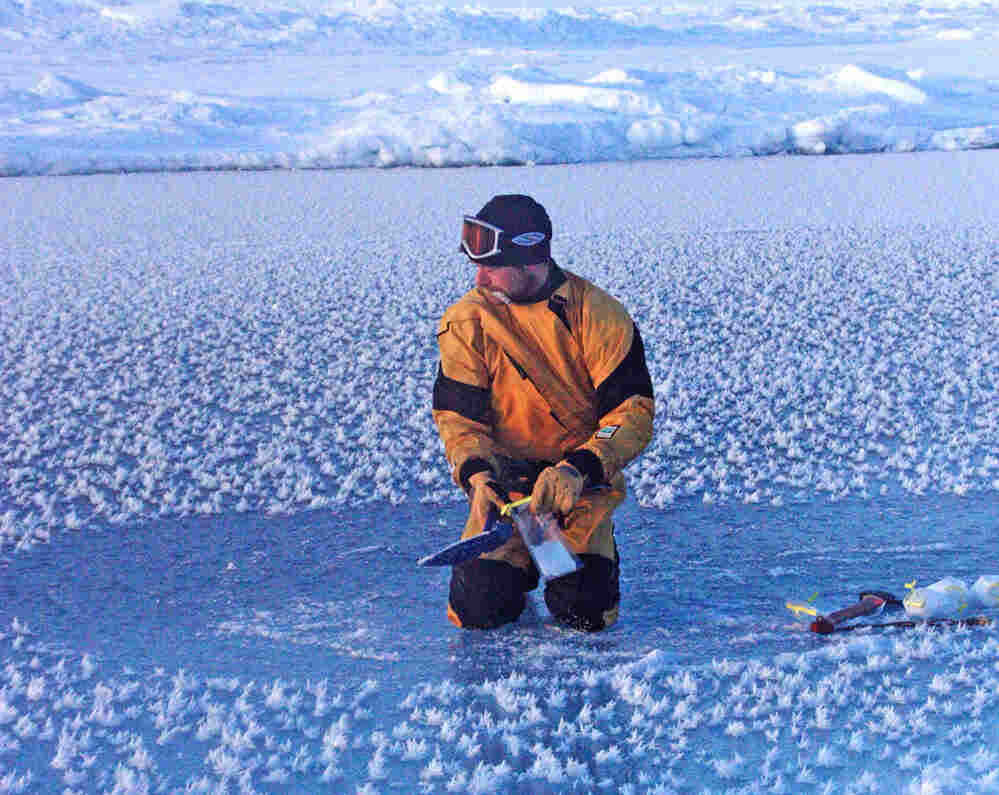 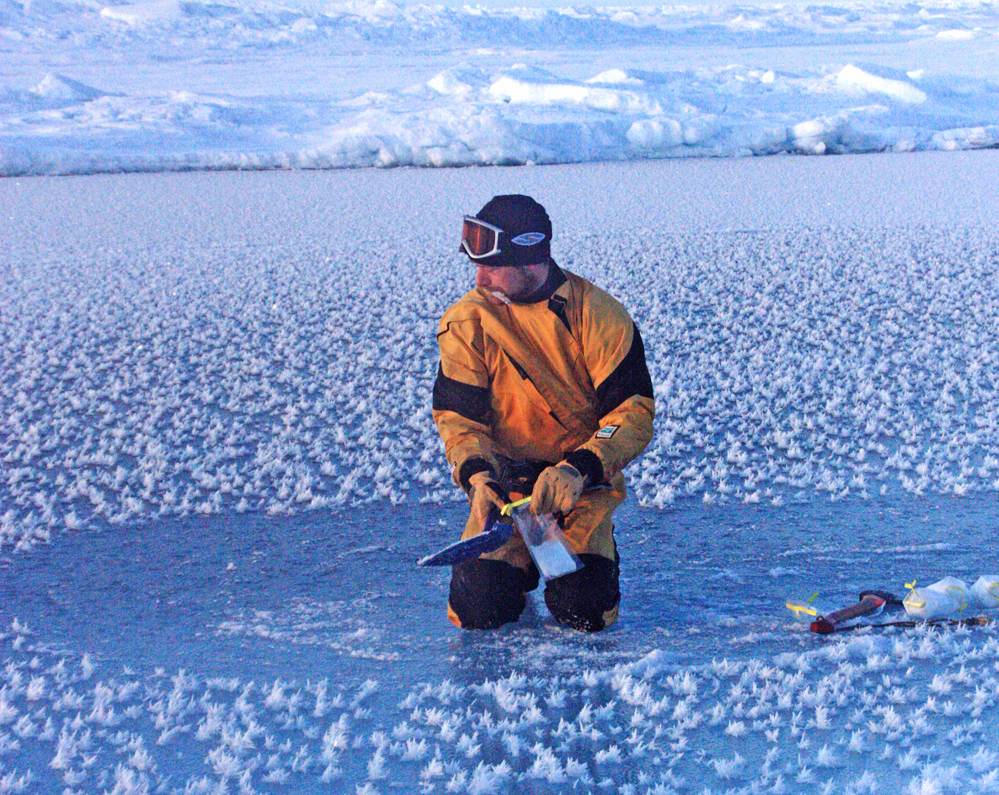 ... what you get is about "one to two milliliters of water," Jeff told me. That's a wee small, very salty puddle.

And yet, he says, when he and colleagues checked, they found each frost flower housed about a million creatures. "That's 10 to the sixth! Yeah, a million bacteria."

Did that surprise you? I asked Jeff. Aren't bacteria everywhere? No, he said, not when the environment is so extremely salty, not when these bacteria are sitting on the icy surface exposed to ferociously cold air, much colder than they're used to in the sea, and not when they bathed in sunshine, which they don't see that often and shouldn't like.

No, he wasn't expecting them, and yet these bacteria seem to be very happy in their salty, sunny, freezing digs, doing — well, that's the next question: What are they doing? Professor Deming and her team are eager to figure that out. Could they be ingesting something? Exhaling something? If these frost flower meadows are going to spread, we might want to find out. 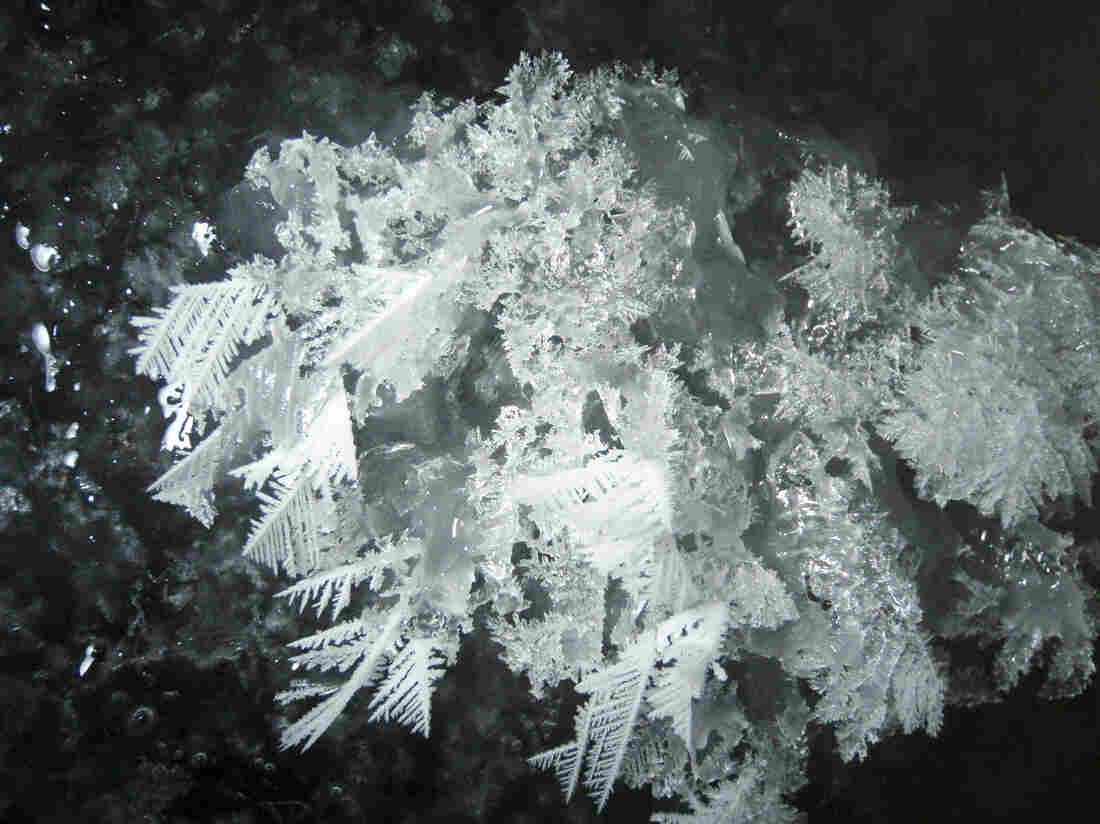 But me, I just want to look. If I could book passage on a boat and see a frost flower meadow burst into being, magically growing out of the empty, frosty air and spreading as far as my eyes could see, would I want to see that?

You bet I would. Who wouldn't?