Accessibility links
Which Is There More Of: Kindness Or Unkindness? A Christmas Accounting : Krulwich Wonders... If you counted every good deed, every smile, every act of charity, then counted every growl, frown, kick and wrong, which would be greater? The good or the bad? Thinkers from John Locke to Martin Luther King, Jr., give insight on the progress of humanity.

Here's a notion. It comes from Kevin Kelly, author, editor and friend. He was imagining this:

Suppose, he said, that you could count every kindness, every good deed, every smile, every caress, every act of charity, love, tenderness, every generous moment that occurred on the planet this year, and add them all up so you'd have a Total Incidence of Goodness for 2012, a grand sum.

And then, suppose you did the opposite: suppose you counted every frown, every growl, every selfish, jealous moment, every kick, punch, poke, slap, jab, every deceitful, hurtful act, every murder, every wrong, every unkindness, and add them up, so you'd have Total Incidence of Badness — that's two columns, Good Acts, and Bad, a kind of moral accounting, double-entry style, for humankind.

Which, Kevin asked, would be greater? The good or the bad?

It was his guess — and that's what it is, a blind guess, that in more years than not (and there will be many exceptions,) — the piles will look almost equal, but that Good will edge out Bad by a single act or two, an almost invisible advantage.

But then, Kevin says, let the years roll by, then the decades, the centuries, the millennia, and over enough time, this slight propensity for Goodness will compound and compound into an emergent arc, shaping humanity, so that humans in the future will be kinder than humans in the past.

People, he thinks, are moving in tiny steps, from the dark toward the light.

History Has A Direction...

And Kevin's not alone. This idea, that there's a kind of direction to human history, maybe even built into our biology, has been around certainly since the Enlightenment in Europe. That's why, said John Locke, we have been given reason. We have to use our smarts, our moral sense, to choose well, to "pursue happiness."

And, at least recently, in material ways, we have improved. In 1800, half the people on earth died by age 30. Two hundred years later, though there are now six times more people, life expectancy has more than doubled, to over 65. We are increasingly better fed, better educated, and — this is key — more and more of us — especially women and millions of Chinese and Indians — have more options, more opportunities to do more of the things we want to do, including, perhaps, more room to be kind.

What Drives Change In The World?

The question is, what is driving these changes? Kevin suggests that if we wait long enough, progress just happens. If that's so, one might look for the cause in a Designer; that progress is a Christmas gift whispered into our natures, guiding us inevitably to a better world.

Is progress our assignment? Our challenge? A test we might fail?

Martin Luther King, Jr., famously addressed this question in a speech he gave on the steps of the state capital in Montgomery, Ala.

A couple of weeks earlier, more than 500 civil rights marchers had walked east out of Selma, Ala., heading on U.S. Route 80 toward the state capital, when they were stopped by troopers at the Edmund Pettus bridge, set upon with billy clubs and tear gas, and beaten. 17 people went to the hospital. 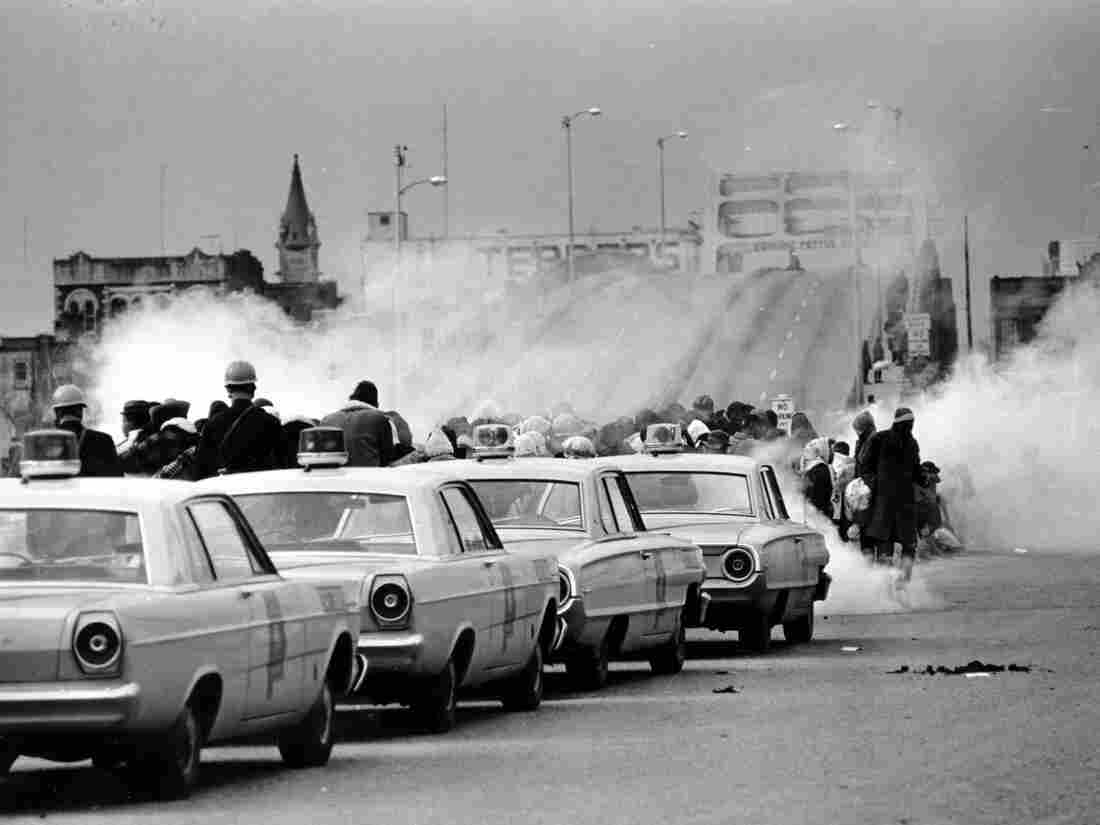 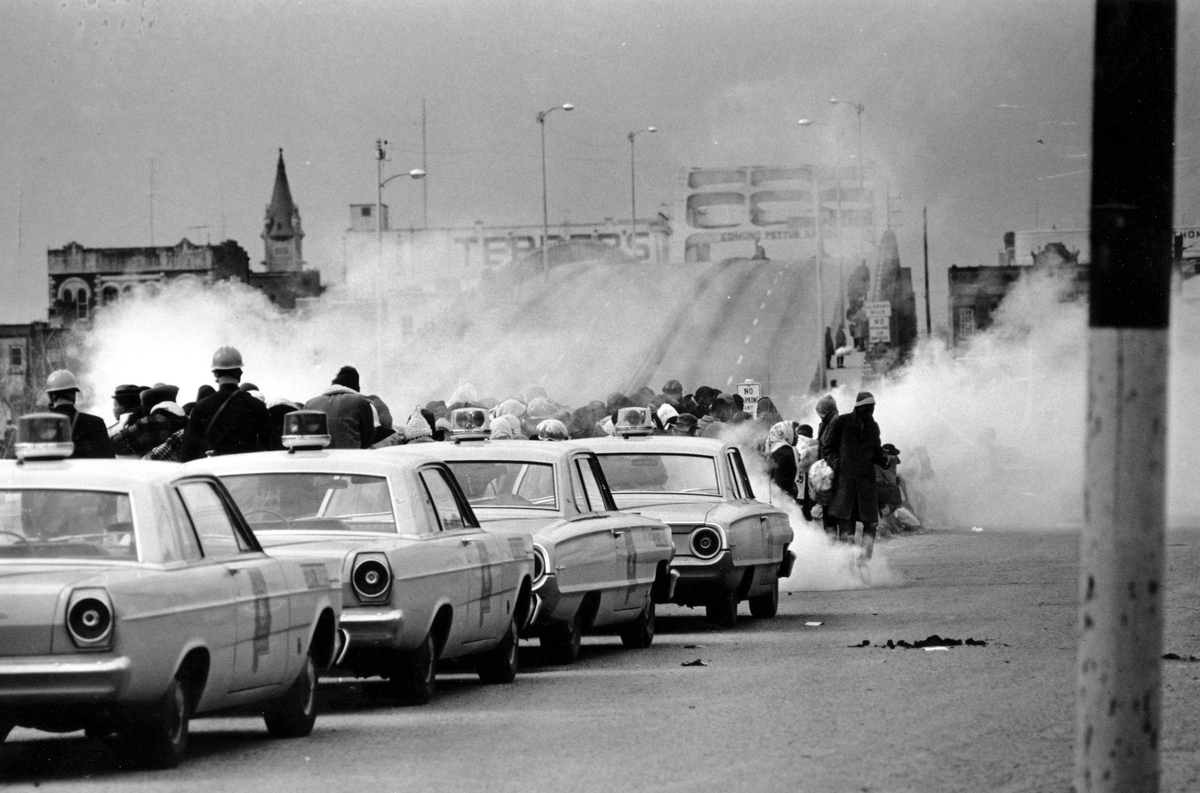 Two days later, Dr. King joined that march and this time segregationists attacked three ministers who were walking with him. One of them, the Rev. James Reeb, a Unitarian Universalist minister from Boston, was refused treatment at Selma's public hospital. An ambulance took him two hours to Birmingham, but it was too late. He died two days later.

King returned to the highway, and kept marching to Montgomery, until, on March 25, 1965, finally on the Capitol steps, he stood before a now swollen crowed of supporters and spoke to them about change, about progress, about a better world.

The Arc Of The Moral Universe Is Long...

People will improve, he told them. He couldn't say when, but one day, he said, people will be kinder to each other, fairer, "because the arc of the moral universe is long, but it bends toward justice."

History, Dr. King presumed, has a direction, Kevin thinks the same thing. But if history is bending, who does the bending? Does the world perfect us? Or do we have to roll up our sleeves and perfect the world?

King didn't say, not directly, but 40 years later, then Illinois senator Barack Obama, talking about Dr. King, assumed that history does bend, "It bends towards justice," he said, "but here is the thing: it does not bend on its own. It bends because each of us in our own ways put our hand on that arc and we bend it in the direction of justice..."

Are We Ever-So-Slightly Angels?

Do I think humans are getting gentler? Fairer? Having been one (a human, that is) for only 60 or so years, having missed any number of religious wars, pogroms, sacks, annihilations, cruelties, I'm not in a position to say. What I know is too little. But in my short time, I have also known kindness. I have loved others, been loved, and felt the power of it, the mystery of it. I know there is a fierce goodness in the world. It is there, stubborn, insistent, tenacious. The question is, why?

Maybe, as Kevin suggests, we have been seeded with a little angel dust; love and altruism have been given a teeny boost in us. If that's so, I'm OK with that. I need the help. I am thankful for any angels I can get. But I'm also wary of my shortcomings, of my temper, of my capacity for not being kind. I certainly don't feel like an angel.

I'd rather strive to stay ahead of my darkness, and keep aiming for the light. People may be improving, but they'll never be perfect. The Australian philosopher John Passmore said it for me. He thinks people are capable of enormous kindness, but they get there by knowing they might slip, and that progress is "a consequence of their remaining anxious, passionate, discontented human beings."

"To attempt, in a quest for perfection, to raise men above that level is to court disaster; there is no level above it, there is only a level below it," Passmore wrote. I agree.

Not being bad, I think, is the best way to be good. 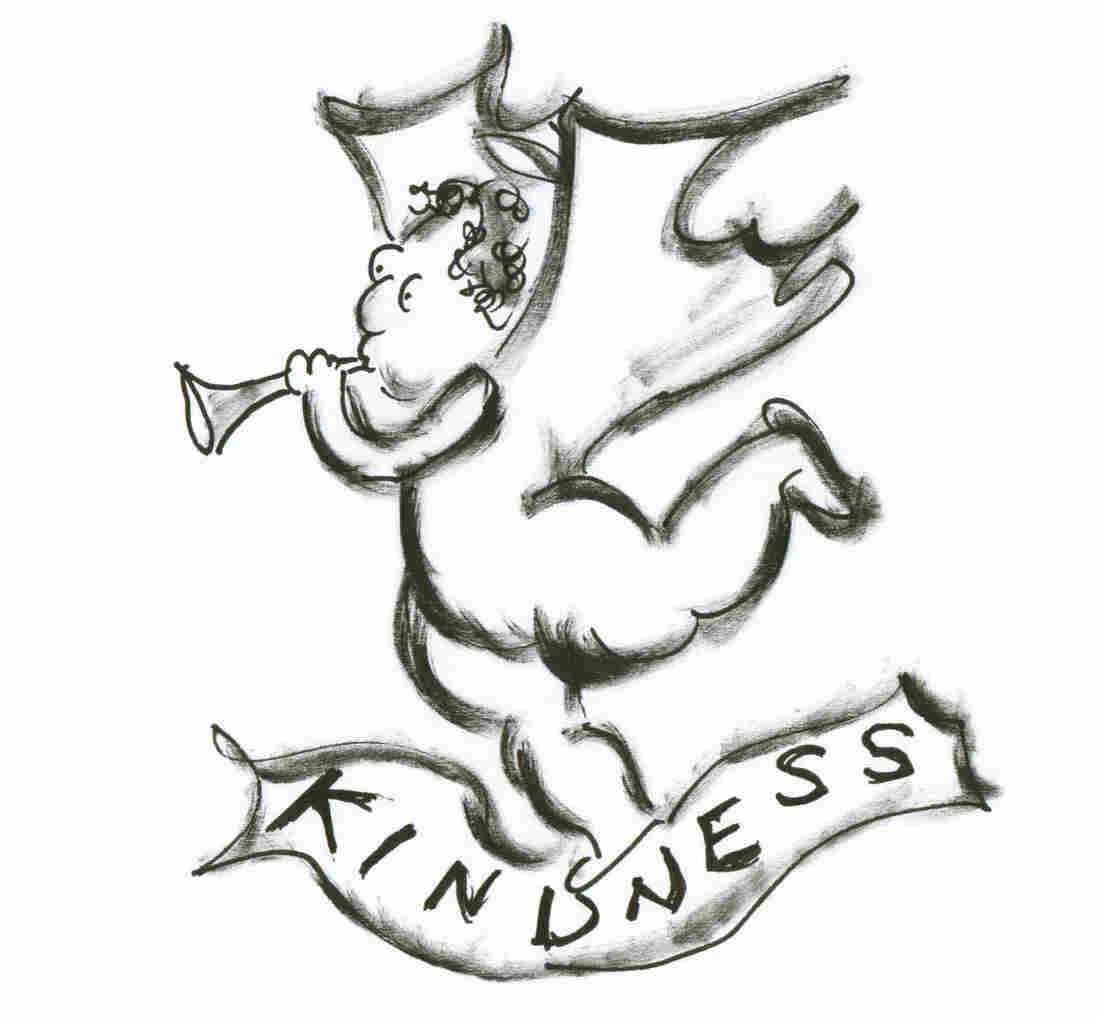