Accessibility links
Grrr, Said The Grylloblattid. I'm Not Leaving. Not Yet. : Krulwich Wonders... Here's an animal that's really, really old on our planet, a true survivor. But to keep going, it has been forced to move, over and over, till it has almost out of moves. The story of a bug that ran away from flowers and learned to live on ice.

Grrr, Said The Grylloblattid. I'm Not Leaving. Not Yet.

Grrr, Said The Grylloblattid. I'm Not Leaving. Not Yet.

Every year, thousands of college graduates pour into big cities, find themselves a fun place to live in a cool neighborhood, great location, friends all around. But then, their luck turns, they run short of money, lose their first job, their second job, lose their lease, and then, step by step, find themselves in places that are less safe, less airy, less and less livable, until they're on the bad side of town in a scary, dank room ... and life is grim. You know people like this?

Well, this is their mascot: an animal with a serious real estate problem. 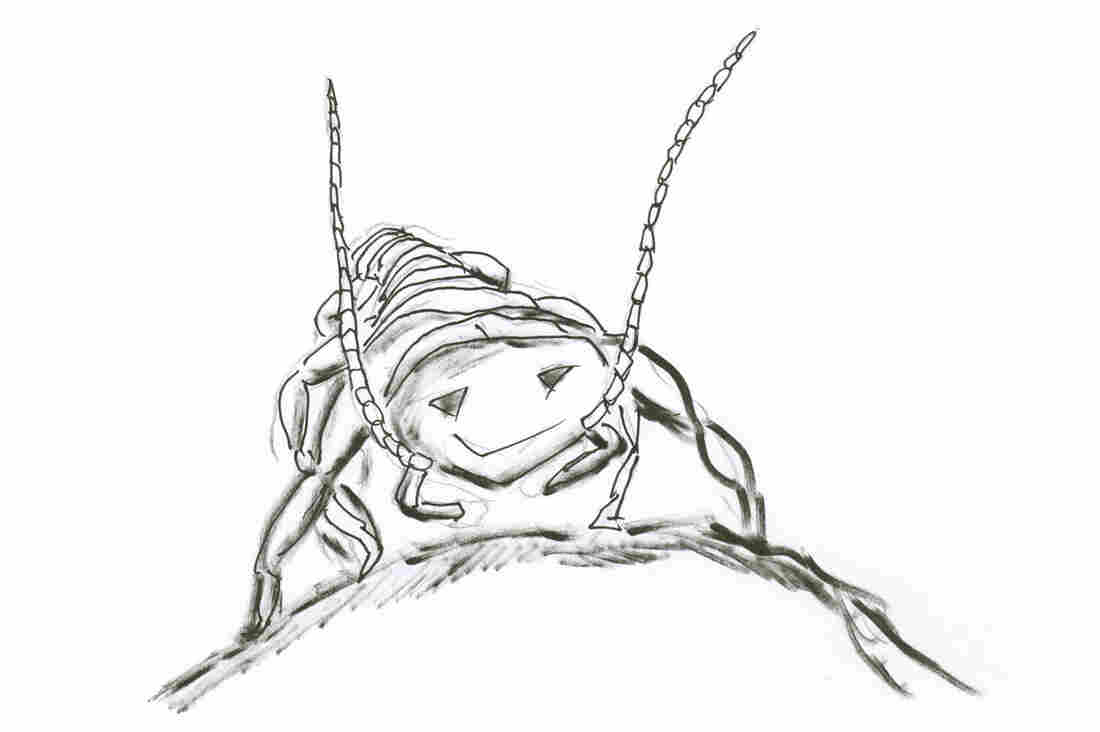 This brave, mobile, tough little insect has been on the planet almost as long as the cockroach. It's a survivor. But in its time on Earth, it has moved from sunny, glorious forests to emptier, colder places. Now, it's the only big insect that makes its living in perpetual snow. Most insects stop moving when it gets too cold. But not this guy. He lives on ice. Yup, ice. 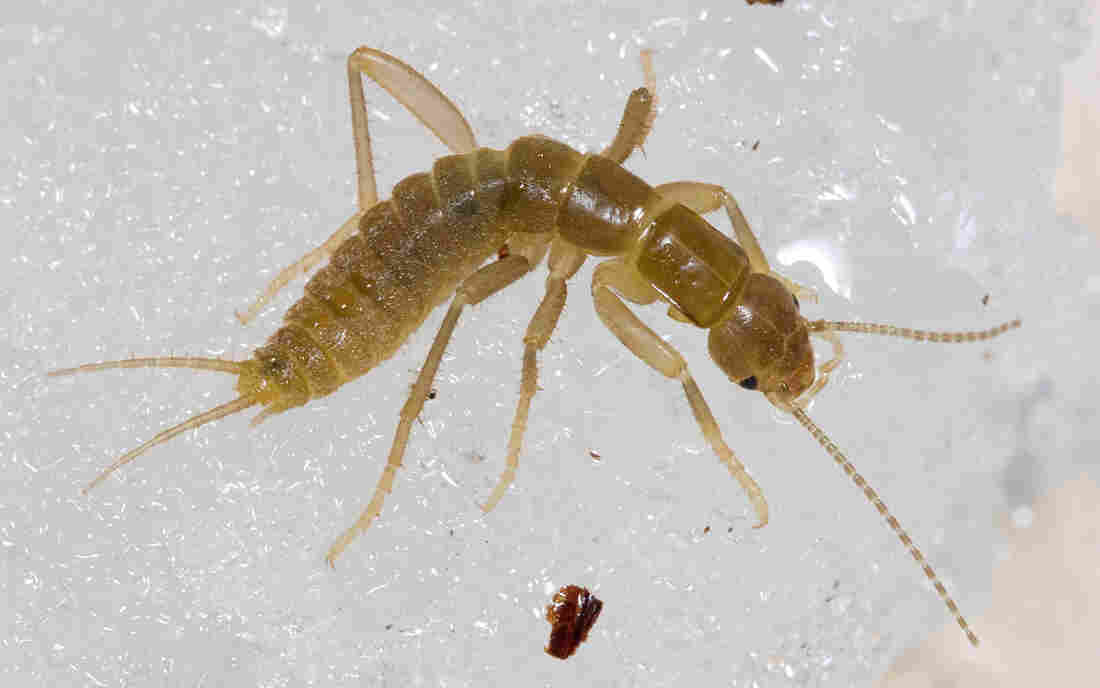 And even so, the grylloblattid (or ice crawler, as it's called) is running out of options because all over the world, the ice it lives on is melting. Another earthling with nowhere to go. And when the ice goes, it's not clear what happens next. Except that it will be another chapter of an incredible story.

When these critters first came on the scene more than 200 million years ago, back in the Permian era, they made their living in vast green tropical forests. (This was an age before flowers, so forests were mostly seeded by pollen from conifers, like today's pine cones). Back then, grylloblattids had wings, so they'd fly from plant to plant like primitive bees, feeding on pollen. Their fossils turn up all over the ancient world. They were thriving.

Then plants changed. Some learned to wrap their seeds in fruits, advertising them with showy, colorful petals, and suddenly, the forest was jammed with bees and wasps. Beetles diversified. The air was crowded with pollinators, hustling, competing, and grylloblattids had more and more trouble making a living. So they moved.

They chose the cold. Gradually, they left the temperate zones for mountains or the edges of glaciers. They learned to stay awake and stay active at 32 degrees Fahrenheit, sometimes as low as 23. They shed their wings and found a niche where there is ice all year long, but it doesn't get too cold. Some moved deep inside caves. The obvious advantage? Their competitors stayed away. They had the snow to themselves, and there is food to be found, if you eat dead insects that blow in and can munch on mold or dead leaves.

The problem? Ice crawlers can't stand cold below 22 degrees or so, but they also can't stand heat. You don't want to let an ice crawler touch your hand ... 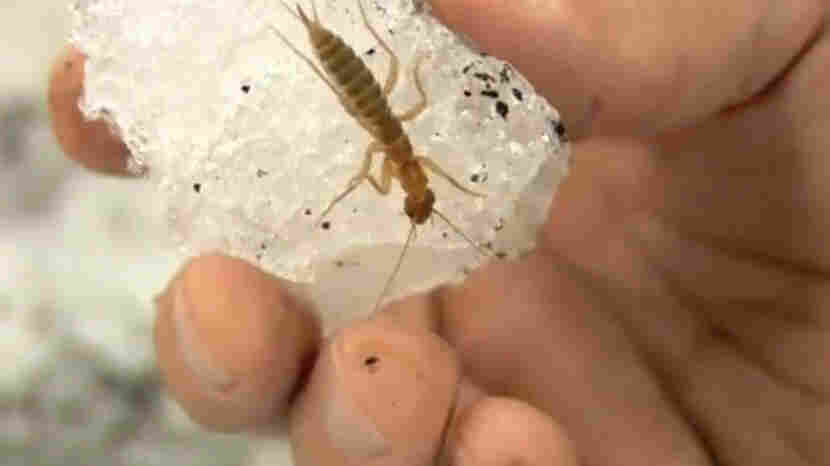 ... because your 98.5 body temperature will kill it. Piotr Naskrecki, who writes about these creatures in his book Relics, calls them "six-legged Goldilocks." They can't be too hot, they can't be too cold. For them, things have to be just right. So ... OK, you can let them touch you, but don't let them stay too long ... 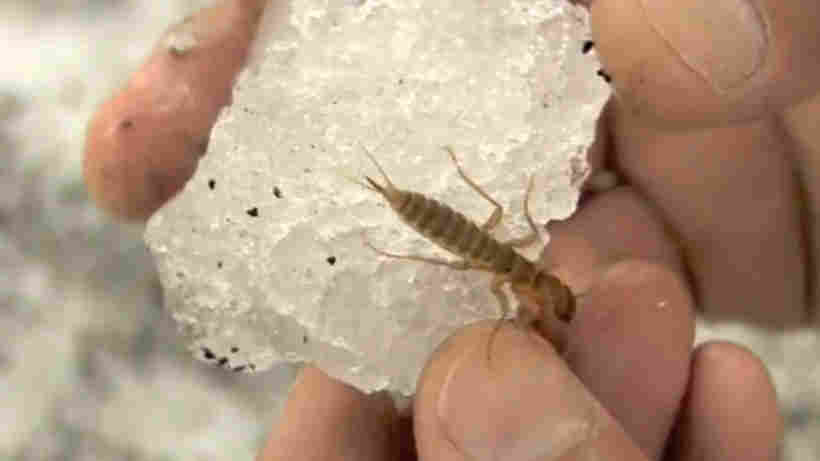 Some insects (and amphibians) have learned to pump their wintry bodies with antifreeze, but not these guys. They can survive only in semifrozen environments, which is why they favor the edges of glaciers. And you know what happened next.

As the world warms up, as glaciers across North America retreat, ice crawlers are losing their homes. They could, if they still had wings, fly up mountainsides or try to make it to the next glacier, but all they can do now is crawl. And crawling won't hack it.

"Some populations in the Sierra Nevada of California, perhaps entire species of ice crawlers, may already be extinct, as repeated attempts to find them for the last forty years have failed," writes Naskrecki. 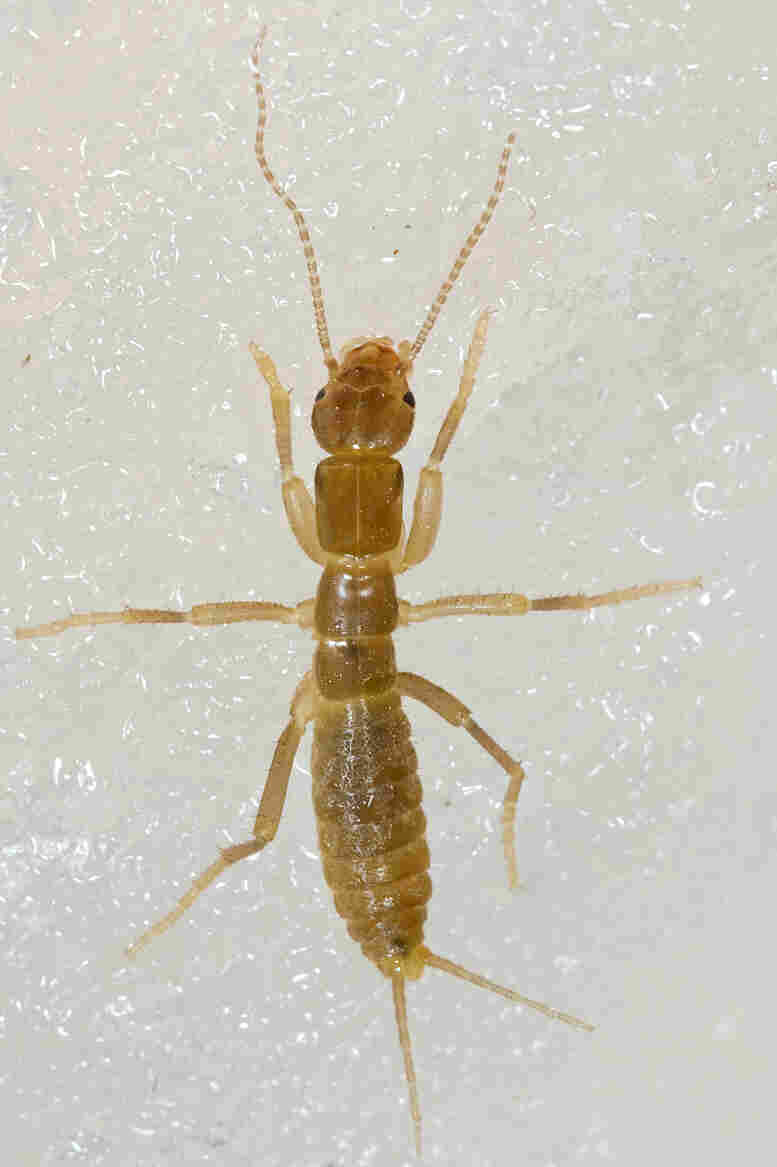 Ice crawlers are the polar bears of the insect world. They aren't as cute as those cuddly looking balls of fur, but lucky for them, they're smaller than polar bears; they can live off leaf scraps. All they have to do is make it through this next global warming to the next Ice Age. After that, they're home free.

Normally, I don't look forward to Ice Ages, and I'm not in the habit of rooting for scuttling little insects. But in this case, and maybe just in this case, I'm making an exception. The grylloblattid has been so stubbornly, so furiously, so desperately a survivor for so long — I'd hate to see it go.

Piotr Naskrecki's new book, Relics: Travels in Nature's Time Machine, takes us on a worldwide tour of animals and plants that have stuck it out over 10s, sometimes hundreds of millions of years, and are still with us. Horseshoe crabs, cycads, gingko trees show up, of course, but Naskrecki also finds wonderfully strange little critters like the grylloblattids, insects that seem to nurse their young, Martian-like things called quiver trees — all of them photographed, because Naskrecki is one of the world's more eminent nature photographers. The pictures in this post are his.

If you want to see a gryllobattid in action, running around a snowball and getting close to a dangerously warm human finger, Purdue University has produced this video: