Accessibility links
Big Hair, No Sitting, Velcroed To Your Pillow: What It's Like To Live Weightlessly : Krulwich Wonders... It's a topsy-turvy world, being weightless in space. Pillows won't stay under your head. Blankets float, don't keep you warm. There's no up, no down. And your long hair? Don't get me started on the hair.

Big Hair, No Sitting, Velcroed To Your Pillow: What It's Like To Live Weightlessly

Big Hair, No Sitting, Velcroed To Your Pillow: What It's Like To Live Weightlessly

Oh, I wish, wish, wish I could spend a few days totally weightless, floating about high above the planet. And now that I've seen this video, I wish it more than ever, because now I know the down and dirty — details that make it seem so ... different.

I know, for example, that if I had a thick, rich mane of hair like International Space Station commander Sunita Williams, I wouldn't need a comb, because combs are for getting hair to stay in place. But up there, hair doesn't have a place, it just floats — like you do. Combs would be useless. 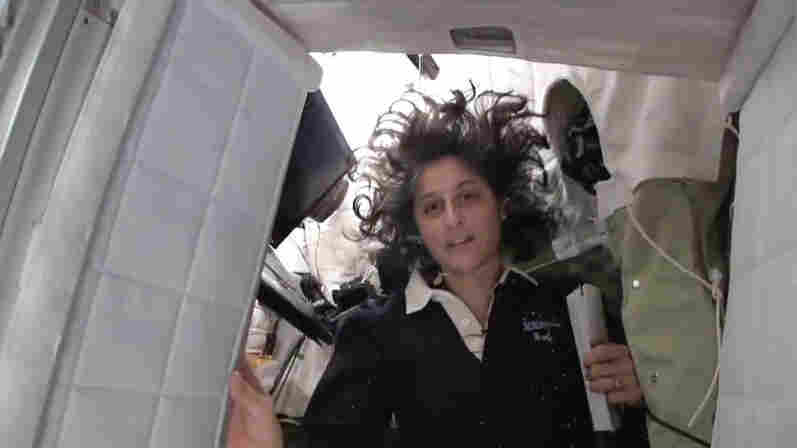 I know that an exercise bike in space is not like an exercise bike on Earth, because up there they don't have seats -- none at all. "You don't need a seat," says Williams, because you don't have to deal with your center of gravity. Seats are for settling. There's no weight to settle. "Actually, I haven't sat down for six months now," she says. All you do is put your feet on the pedals and pump.

(Well, not quite, because from time to time, all astronauts have to sit down to expel what must be expelled, and here's where they do that.) 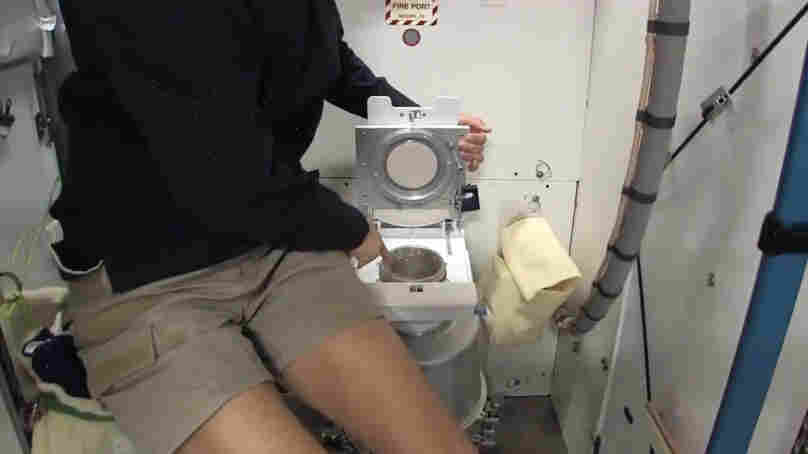 "It's pretty small," Williams points out, "so you have to have pretty good aim." But to help things move in the right direction, this device "has a little bit of suction." So does this hose, which is how you do "No. 1," she says. 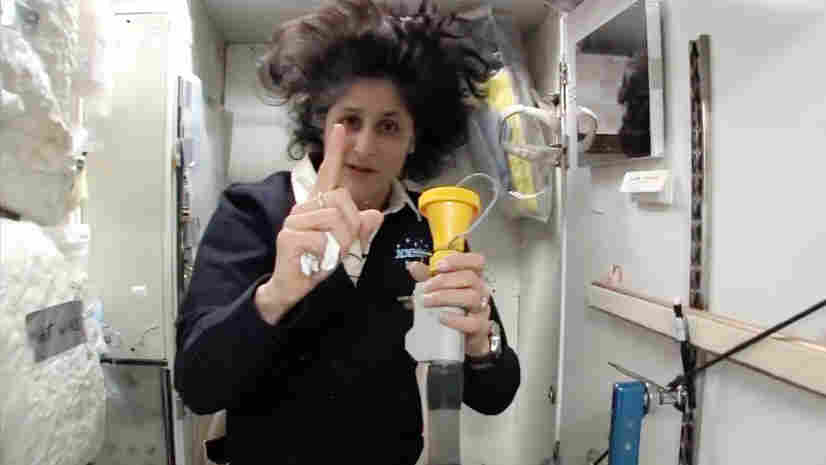 Going to sleep is different — nicely different. For one thing, because you are floating, you never have to lie on your arm. So your under-limb never gets prickly. But then again, nothing will lie on you. Astronaut Marsha Ivins once told me, "I'm one of those who likes to sleep under lots and lots of cover" when it's cool. Me too, I told her. "Well, you don't get that when there's no gravity." You could lay under two thick blankets, or three, or four, but they're not going to weigh anything. "It's a little disconcerting to sleep without weight," she said. It takes time to learn how to, as she put it, "sleep free."

Sleeping free means getting used to the idea that everything drifts apart when you're in space. Your head will not rest on a pillow. It will float up. If you want to be "on" that pillow, you have to Velcro-strap it to your head, so in effect, you're wearing it. "Or it's wearing you," said Ivins.

The Glories Of Velcro

Dan Barry, another astronaut, once told me he likes to sleep in a fetal curl, knees to chest. But in space you can't do that, because you're being pulled equally in all directions, so your body just naturally wants to open up. As soon as you doze off, you unfurl into the letter "C." On the first few nights in space, he Velcro-taped himself to his knees.

Then there's the matter of "lying down" at bedtime. Since there is no "down" in space, you don't ever have the sense of doing that. My favorite part of this video comes at the beginning, when Williams takes us to her "bedroom" — which is upside down from her neighbor's bedroom. 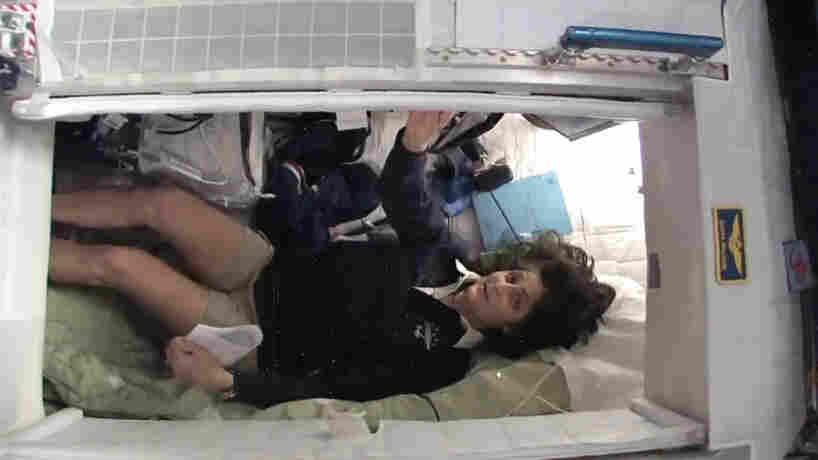 "I'm feeling like I'm standing up right now," she says while lying down.

As she moves about the International Space Station while narrating this video, you can see how fun it is to spin, dive, tumble whenever you please. At one point (14:49 minutes in), Williams decides to drop in on a Japanese colleague. With one light push, she whooshes down a chute like Alice dropping through that hole in Wonderland, and then comes roaring back, one arm extended, crying "Superman!"

And finally, there's "The Cupola." On this hodgepodge of a space hotel/laboratory, there's a room I can only dream of: a perch, where you can sit (sorry, float) surrounded by big, side-to-side windows all facing toward the Earth, where you can gaze down at deserts, thunderstorms, city lights, mountains and continents passing slowly by, or if you like, you can shift your gaze to the edge, to the giant curve of the Earth, thinly wrapped by a whisper-thin halo of air. It's so beautiful.

So take a look at this video, a guided tour from Williams, last year's commander of the International Space Station (she's back on Earth now). It's 25 minutes long. If you don't have that kind of time, the first 3 1/2 minutes are a treat: That's when you get a feel for no ups, no downs, get to visit sleeping quarters and watch a remarkable spacewoman behave so gracefully, it's like she was born weightless.