Accessibility links
No Fists, Gentlemen, Just Necks. The Ali & Frazier Of The Giraffe World : Krulwich Wonders... A big boxing match usually features two guys, thick with muscle, who know how to bob, weave and use their fists. This bout has two fighters who can't make fists because they don't have hands. What they have are necks. Long necks.

No Fists, Gentlemen, Just Necks. The Ali & Frazier Of The Giraffe World

No Fists, Gentlemen, Just Necks. The Ali & Frazier Of The Giraffe World

We're in Tanzania on safari, when two stately looking giraffes walk into view, looking thoughtful, gentle, as giraffes do, and all of a sudden one of them drops way low and swings his whole neck and head into his buddy's legs, hard, so hard the other giraffe gives off a little cry and then, wham, slams him back, and then the two of them are slamming, parting, clinging, pushing (Are they comparing necks? Looks that way ... ) just like boxers. It doesn't seem like either gets hurt, but wow! I didn't know giraffes do this. I looked it up. It's called "necking."

So what's going on? There's no lady giraffe in this scene (though I guess there could be one lingering nearby.) These two aren't females because they both have male "ossicones" — those hard, bony things you find on giraffe heads. On guys they're bald. On gals they're furry. Slamming onto your legs, they must hurt. So here we have two males, not fighting for keeps, but kind of measuring each other. It looks like they are trying to establish dominance, so the winner can later tour the neighborhood and have his pick of the harem. 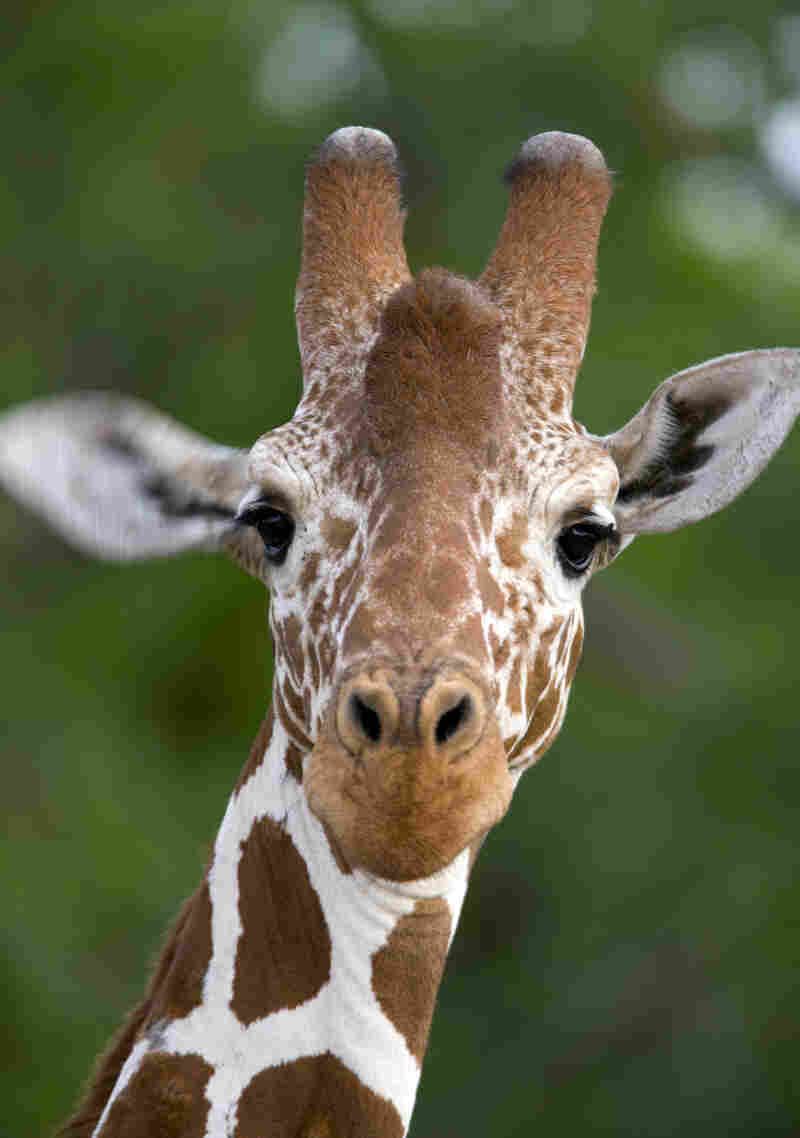 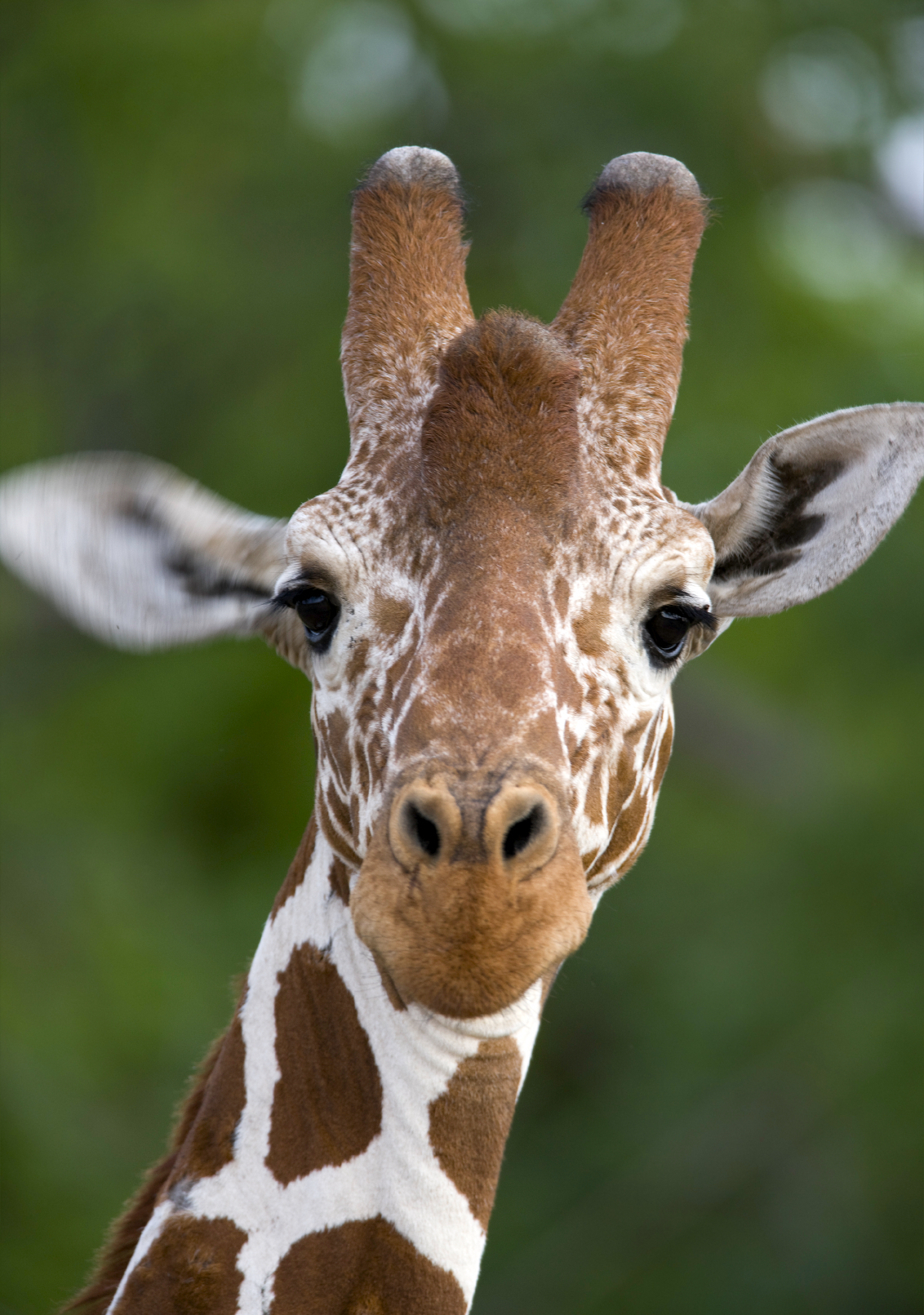 For a little while, two scientists got a lot of attention when they proposed that these fights were the main reason giraffes have long necks. In a 1996 study, zoologists Robert Simmons and Lue Scheepers challenged the traditional explanation that giraffes born with longer necks could better feed themselves and therefore reproduce more successfully. There are other ways to evolve long necks, they said, proposing what has become known as the "Necks for Sex" theory.

Simmons and Scheepers claimed the giraffes in the wild don't do that much reaching for food in high places. They find most of their meals lower down, nearer the ground. Combat, they felt, was a better way to predict which giraffes passed their genes into the future. The stronger, bigger-necked males, they believed, would mate more often, producing more and more bigger-necked baby giraffes. Females would develop long necks as a side effect, and if this went on long enough, then, Thock! Bam! Clump! You get a modern giraffe.

Necks for Sex sounds like a plausible explainer, but according to Brian Switek (who is the reason I'm writing this story; he's fascinated by big animals, and I devour his blog Laelaps), it now seems Necks for Sex may be wrong.

Brian wrote how a second group of scientists went back into the field, took another look, and found that giraffes in the wild do indeed eat food that's high up (and sometimes low down), and long necks do give individuals a feeding advantage. And now this month there's a new paper by much the same group that says it's likely these necking bouts are not always related to copulation, sometimes it's just a king-of-the-mountain thing, and that "males with the longest and most massive necks don't always win these contests."

Ah, well. I don't mind that these neck slams may not be evolutionarily important, that they're more like prize fights, what feisty young giraffes do when they're feeling strong and combative. But it's extra-nice to know that not infrequently, the bruiser loses, and the skinny guy wins.