The Egg Makes Its Move In A New Version Of Which Came First: The Chicken Or the Egg?

The Egg Makes Its Move In A New Version Of Which Came First: The Chicken Or the Egg?

Which came first? I just bumped into a new take on this old puzzler. 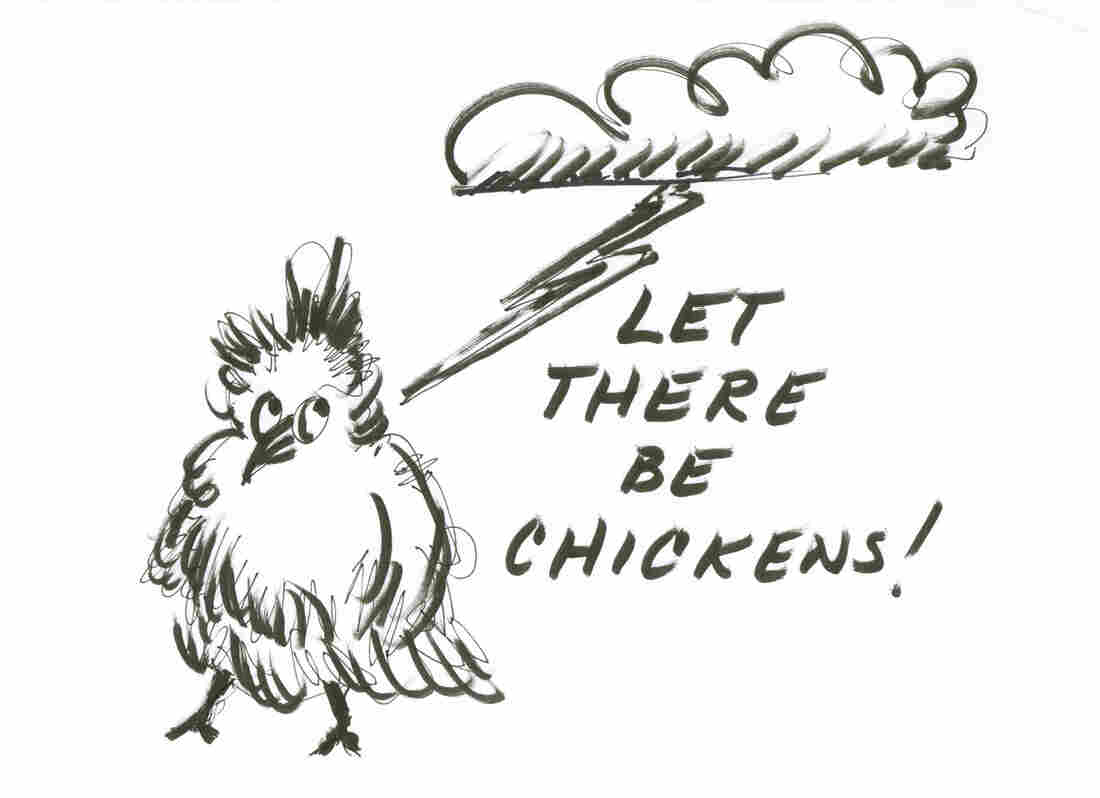 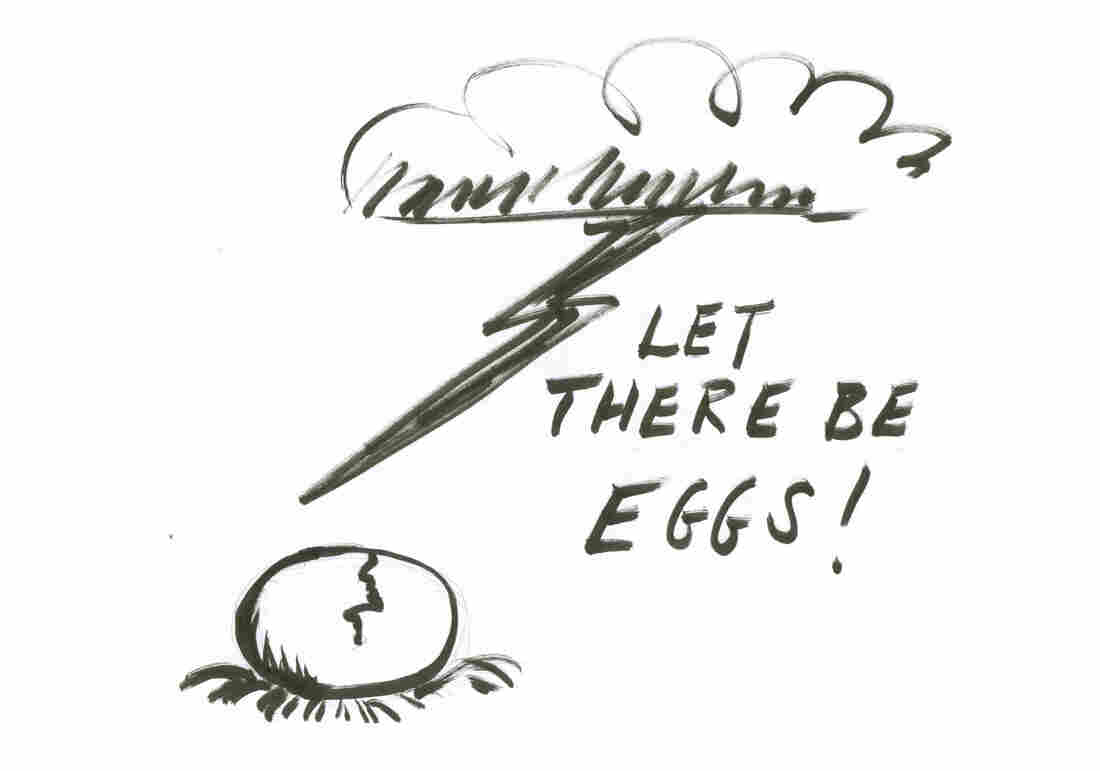 This, of course, is a slippery question. But in this new video from AsapSCIENCE, instead of getting all philosophical, Mitchell Moffit gets cleverly technical.

He asks, "Is a chicken egg one laid by a chicken or only one that simply contains a chicken?"

Yes, I had to read this a few times to make sense of it. What he's saying is, a long, long, time ago, an animal looking a lot like a chicken (It was genetically very, very close, but not quite there; we'll call it a "proto-chicken.") laid an egg. An animal resembling rooster had fertilized that egg, but when dad's genes and mom's genes fused, they combined in a new way, creating a mutation that accidently made the baby different from its parents. While it would take thousands of years and generations to notice the difference, that egg was different enough to become the pioneer of a new species, an animal we now call ... A Chicken. So if we look at that first egg, created by accident from two almost-chickens — couldn't we say it all started with a new and different egg?

So it's the egg! The egg came first? No?

Now you are ready to watch the video ...

AsapSCIENCE is the brainchild of Mitchell Moffit and Gregory Brown, two former University of Guelph classmates from Ontario who regularly produce three minute videos answering questions that normal people with no science training ask themselves while staring out windows on long train trips.You can find their YouTube channel here.