Accessibility links
What Is It About Emily? : Krulwich Wonders... A channel on YouTube lets you see what goes on deep in the bowels (excuse the expression) of a natural history museum. There are dead things in jars, drawers and basements, but best of all, there's Emily, who hosts the show. She's a volunteer curatorial assistant/storyteller who could make a thumbtack interesting.

What Is It About Emily?

What Is It About Emily? 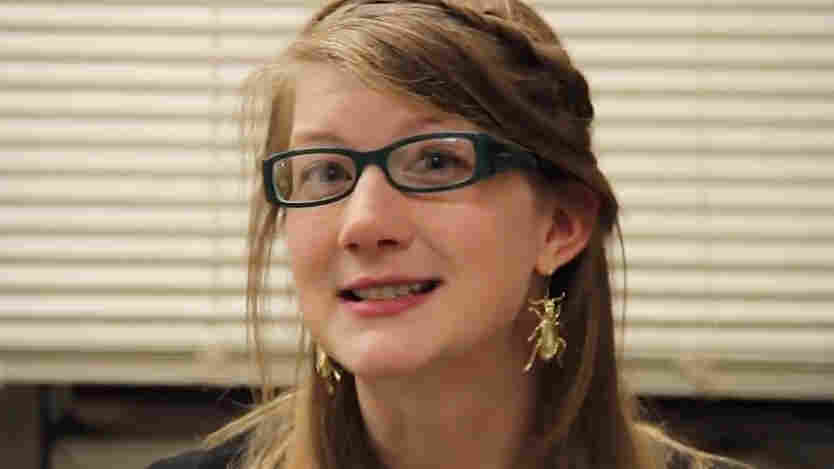 What is it about Emily? She's so happily, totally into dead things. She's got this T-shirt that says "Everything Is Dead"; she's the host of a video series on YouTube called The Brain Scoop, and that's where I saw her the other day, driving around Montana looking for a frozen wolf carcass. The wolf had been hit by a car. In this YouTube episode, she isn't sure about the pickup address, so she pulls out her cellphone and by mistake calls LensCrafters, the eyeglass store, and she says, "Hi ... I'm on my way to pick up a wolf that Liz said she was holding for us." There's a pause. "A wolf," she says, more quietly. "It's in the freezer." Another pause. Then, "Oh ... sorry."

Emily Graslie is a volunteer curatorial assistant at the Philip L. Wright Zoological Museum at the University of Montana — which means when she's not taking photos, baking or playing the violin, she's skinning wolves, dissecting or watching beetle larvae eat the dead muscle off a bear skull. She's got these sassy beetle-shaped earrings, and when she's sitting in the museum basement surrounded by jars and jars and jars of dead slugs, turtles, bats, pack rats, fish (including a two-headed one), an elk embryo and a shark, she makes me want to crawl through the screen and sit right next to her because she's having so much fun. (She has real friends, of course, live ones, museum associates and her boss, Dave Dyer, who is briefly seen sipping from an alcohol jar jammed with what look like preserved rodents.) I'll say this for Missoula biologists — they know how to have fun.

So check Emily out — this is her inspection tour of the museum's storage room, where you learn about exploding lead jars that have sharks in them.

A word about Emily's earrings. For reasons not entirely clear to me, people find it unpleasant to see beetles, wasps or ants hanging off other people's ears, but Emily, in this and many other things, is a pioneer. Her oversized beetle earrings are her way of saying bugs can be beautiful, even when they are three inches from one's mouth. She's celebrating biodiversity.

Which gives me the chance to mention other bold forays into insect-inspired fashion, like this elegant carryall from Japan, called the Backpack Mega-cockroach. It would take a brave soul to wear one of these in a subway or bus. I don't know how you open it, there must be a zipper somewhere, but somehow, I'd rather not look to closely. 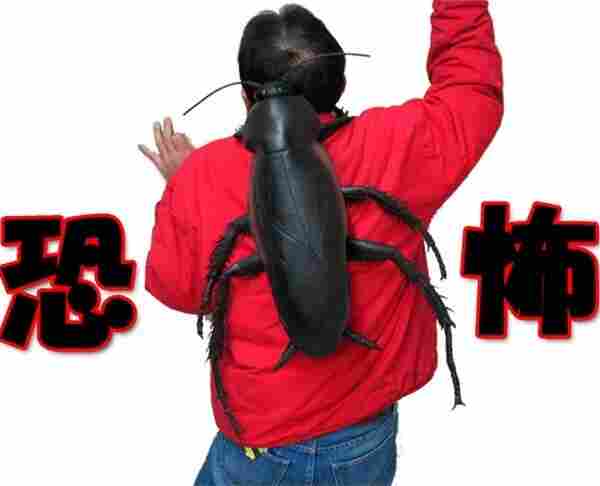 And, in a very different vein, here are some insects and spiders — little jewels — from Justin Gershenson-Gates of A Mechanical Mind in Chicago. "I take dead old watches," he says, "disassemble and clean them, then rearrange their bits and widgets into whimsical designs." These bugs are extraordinarily beautiful, probably because you can sense that they were once the innards of old timepieces. I especially like the spiders with light bulbs. 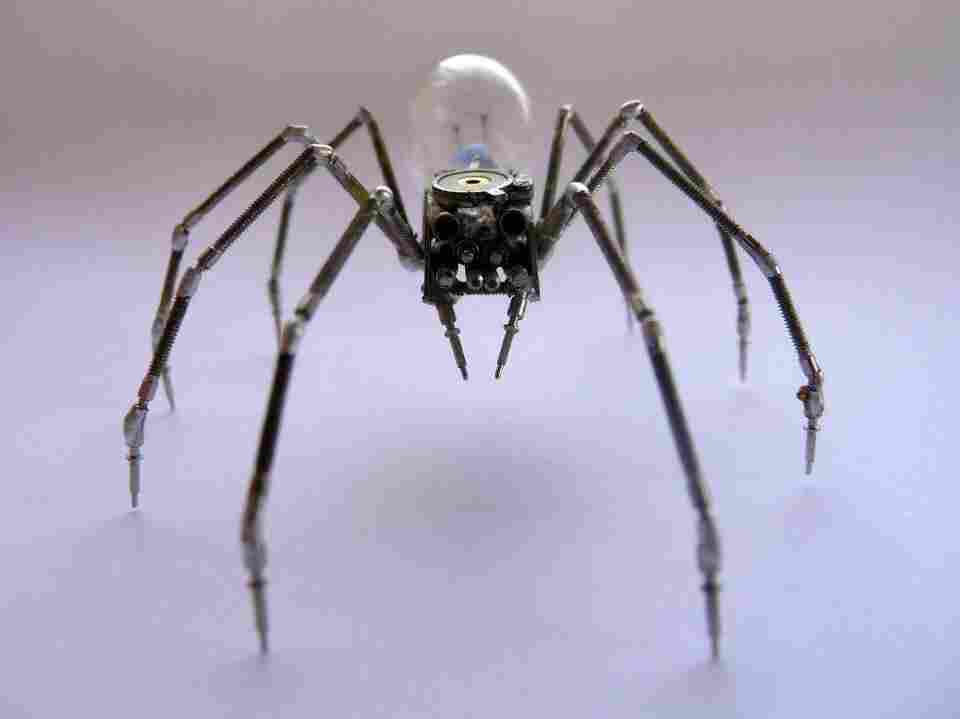 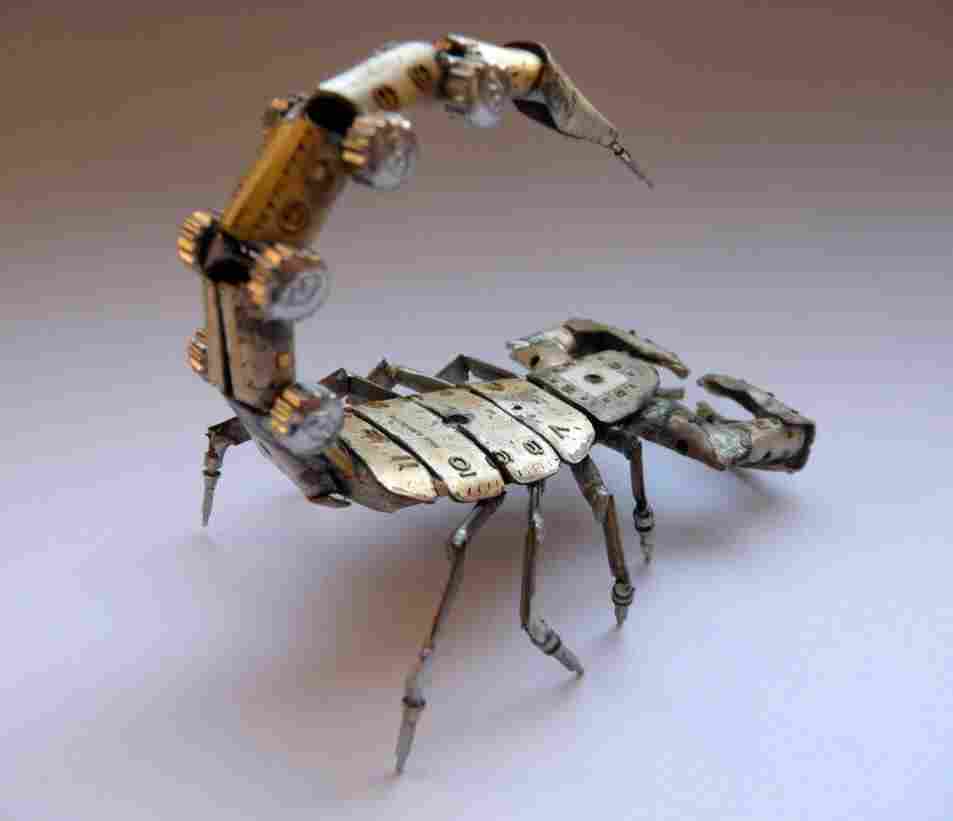 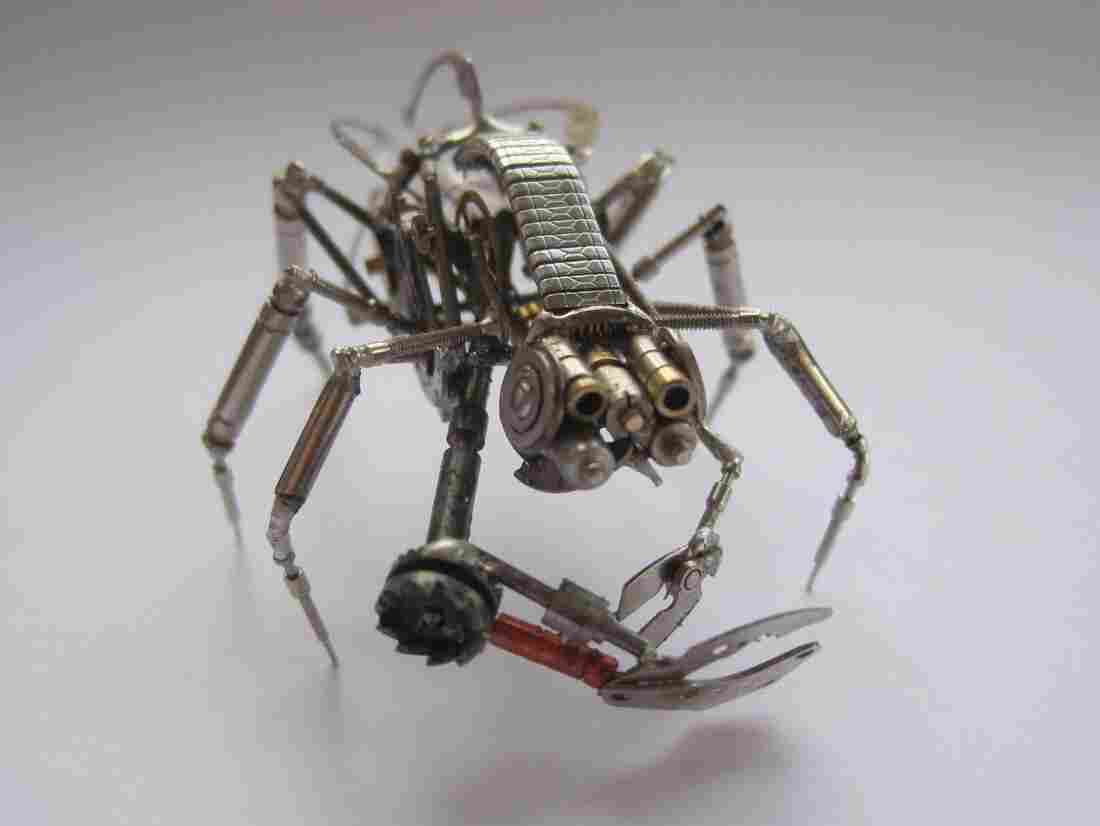 These critters are so fabulous, I can imagine Emily's museum creating a special cabinet to house them, with elaborate scientific names and brief descriptors like "Highly Evolved 'Bulb-Spiders' Found Hiding In Reading Lamps." 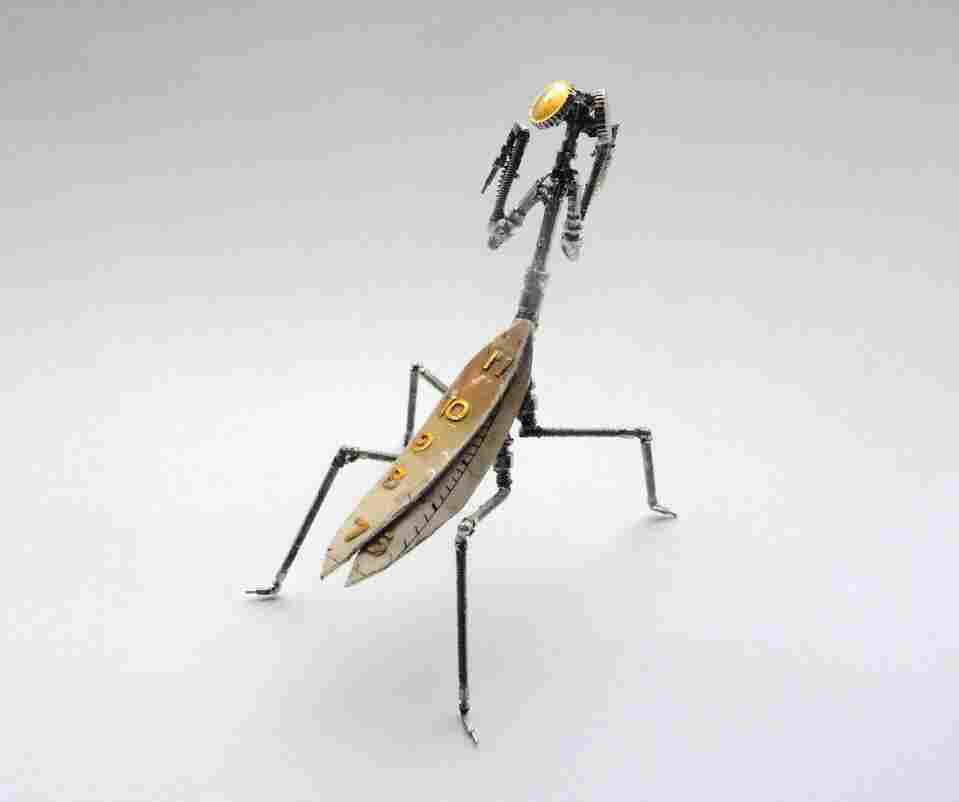 Because Justin "found" them, they'd all carry his name, Archaearanea justingershon-gatesiorum. But the wildlife videos, describing their mating habits? They'd all be done by Emily.

I didn't know this until my editor, Andrew, mentioned it, but Emily's sister, Serri, is an NPR employee. Andrew tells me she's Emily's older sister, which probably means the earrings she wears, if she wears any, are a touch more conservative. But in the interest of journalistic transparency, you should know we have a Graslie in the house.