A Crazy But Rational Solution To Our Electoral College Problem

A Crazy But Rational Solution To Our Electoral College Problem

And now let's look at the Electoral College.

We know what its problems are. Simply stated, by mathematician and fellow Obie (Oberlin College, producer of odd ducks) Neil Freeman, some states have lots of electoral power. Some states hardly any.

The largest state is 66 times as populous as the smallest and has 18 times as many electoral votes. This allows for Electoral College results that don't match the popular vote.

Neil's solution? Instead of eliminating the Electoral College he wants to reform it, with a simple formula: Recut the American pie. Redivide America into 50 new units of equal population. Each new state will have roughly 6,175,000 inhabitants — which is our 2010 population divided by 50. Because he is also an artist, an urban planner and a nut, he has renamed his new units after plants, songs, cities and geological features in ways guaranteed to irritate pretty much everybody. Here's his modest proposal ... 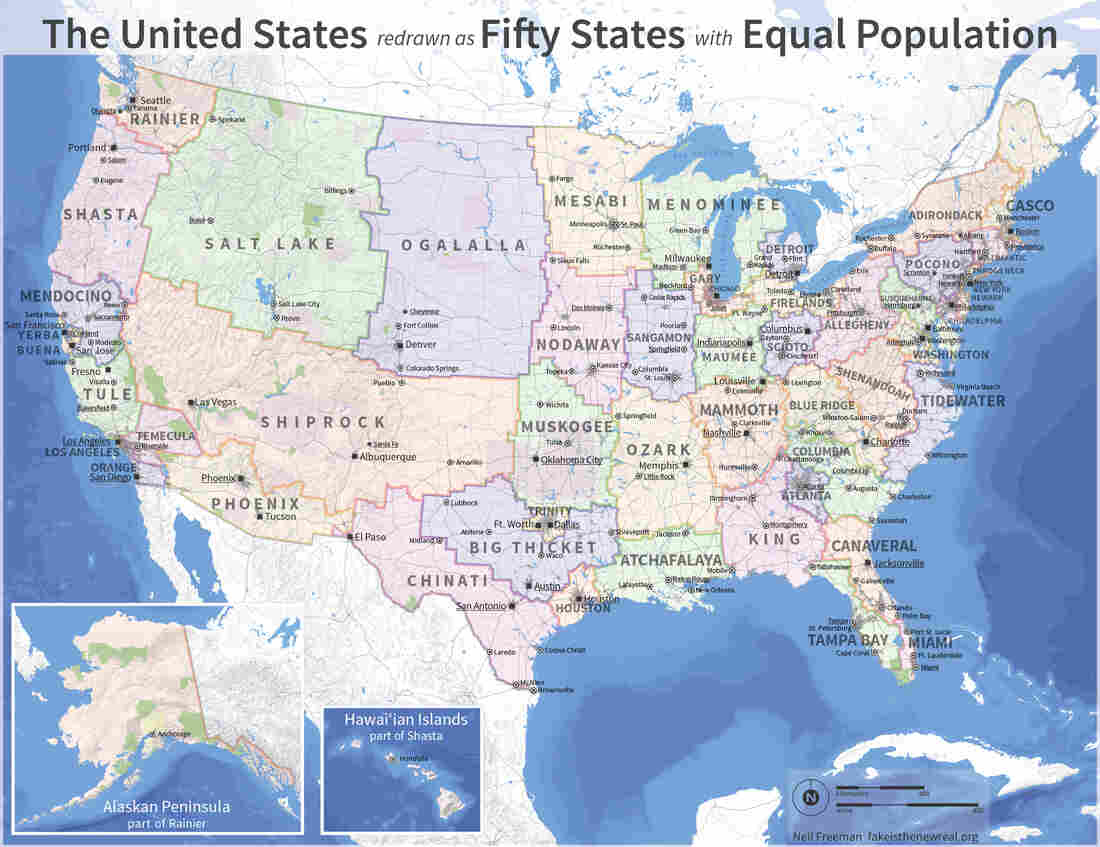 Enlarge this image
Courtesy of Fake Is The New Real 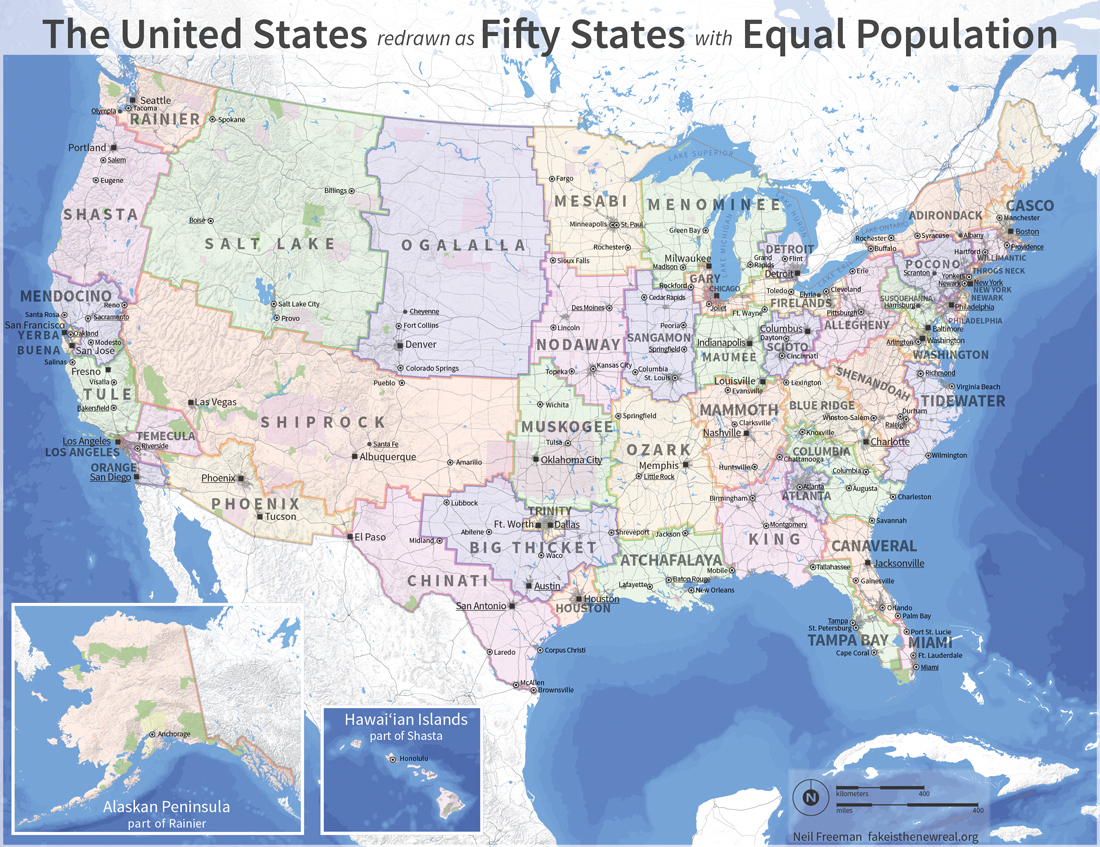 Courtesy of Fake Is The New Real

On his blog Fake Is The New Real, he lists the "advantages" of his proposal:

... and then, because he has to, he very briefly lists the disadvantages, to which I have added one of my own ...

In fairness to Neil, he explicitly says: "Keep in mind that this is an art project, not a serious proposal, so take it easy with the emails about the sacred soil of Texas." So don't rant to him. Save your rants for me. I am built like an Internet armadillo; I am rant-friendly. Neil, by the way, has been published in the Believer, Black Book and the Next American City, and his work has appeared in exhibitions in Chicago, London, New York and Cambridge, Mass. (Or "Casco," as he would call it.)