Accessibility links
The Filibuster Solution, Or 'What If Honeybees Ran The U.S. Senate?' : Krulwich Wonders... The politics of beehives might be able to teach our Congressional leaders a little bit about governing.

The Filibuster Solution, Or 'What If Honeybees Ran The U.S. Senate?'

The Filibuster Solution, Or 'What If Honeybees Ran The U.S. Senate?'

Bees are democrats. They vote. When a community of bees has to make a choice, like where to build a new hive, they meet, debate and decide. But here's what they don't do: they don't filibuster. No single bee (or small band of bees) will stand against the majority, insisting and insisting for hours. They can't. 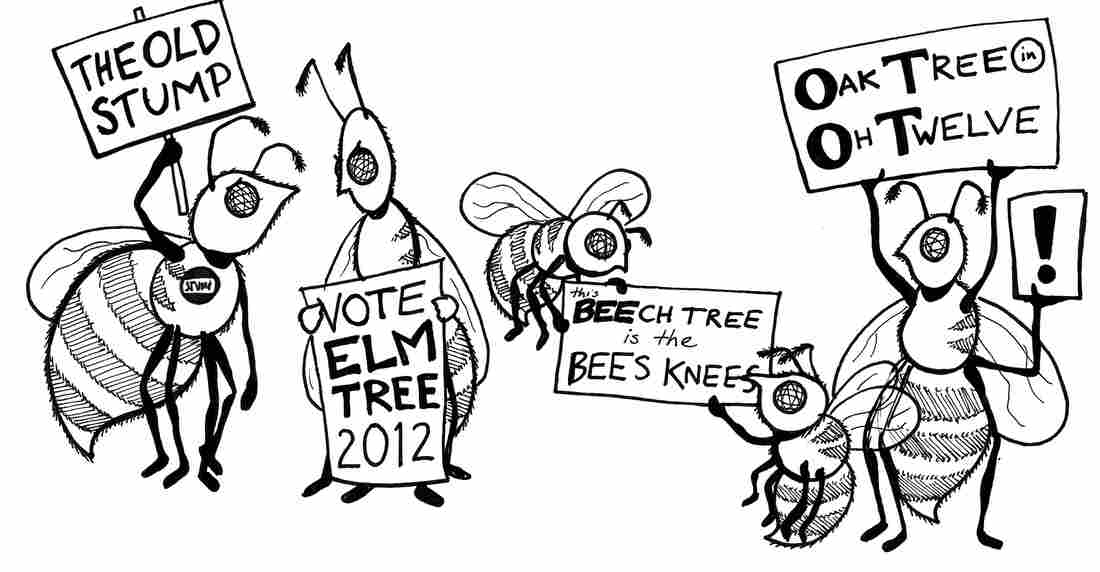 U.S. Senators, listen up here. According to Professor Tom Seeley, an entomologist at Cornell University, a hive will send a few hundred "scouts" into a back yard, or into the woods, to find a good nest site. If a particular scout thinks that an elm tree — that one over there — is the best place to build a hive, she will say so, by dancing. Her dance will tell the other bees where to find that special tree ... 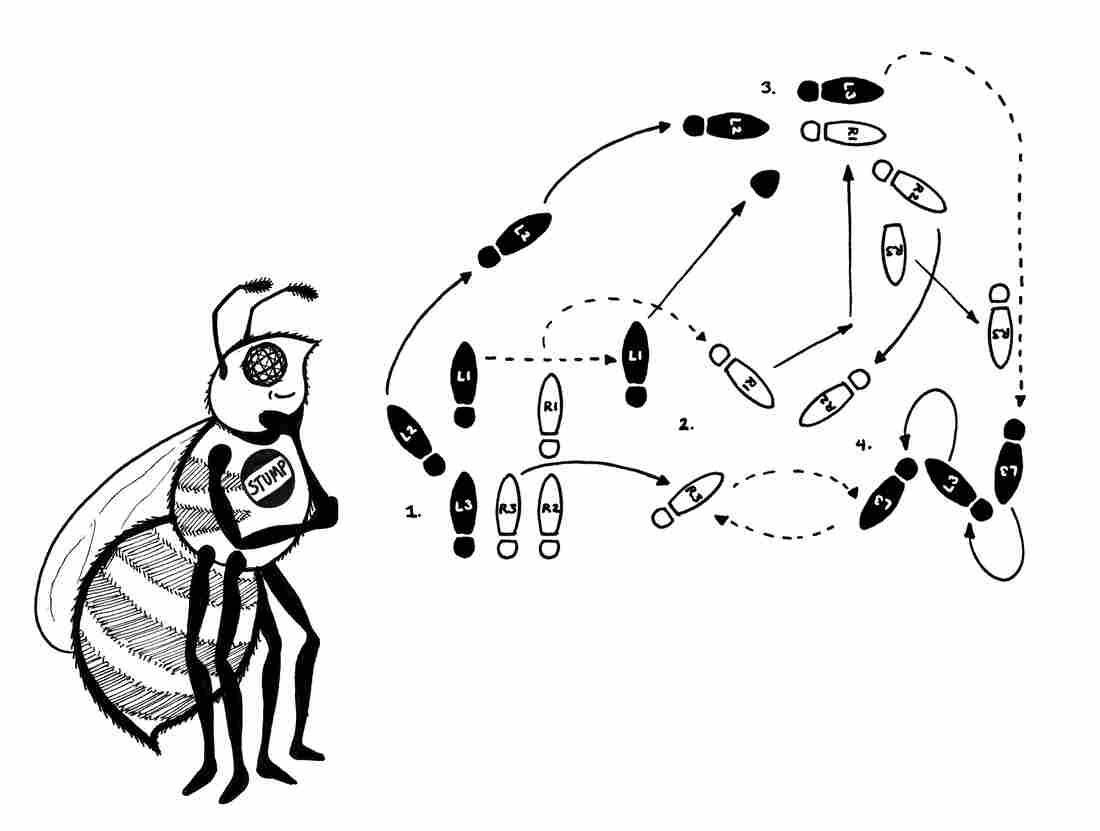 If she feels really strongly, she will dance with extra energy, for a longer time.

Even if most of the other bees have chosen a different tree, they won't stop her dance, or tell her to be quiet. Or have three-fifths of them invoke "cloture," a fancy way of saying "shut up." They will wait her out.

Then something astonishing happens. I've written about it before, but I want to mention it again, now that our Senators are mulling their next filibuster, because what bees do makes democracy much, much easier — or so it seems.

Different scouts will dance for their different trees. Gradually, a favorite emerges. But what if a particular bee is totally convinced that the tree she has found is so superior that she just keeps dancing and dancing, and won't stop? How does the hive handle a stubborn bee?

"We haven't seen any bees like that," Professor Seeley said. None? None, he told me. "In the world of scout bees, you don't have die-hard bees that just dance and dance and dance forever." Why not?

Because, he said, even if a bee feels very, very strongly about her choice and has danced feverishly for as long as she could, once she's done — and no bee can dance forever — she apparently stops caring.

Her enthusiasm drains out of her — Imagine Jimmy Stewart, the young Senator in Mr. Smith Goes To Washington making one glorious big speech, and then plopping down in his chair, dull and blank as a piece of chalk.

The 'Retire And Rest' Hypothesis

That, says Professor Seeley, is what happens to scout bees. They've "voted," they've danced. The other bees are free to visit her tree and see for themselves. But now that she's done her part, her sense of urgency dribbles away. She stops campaigning ... 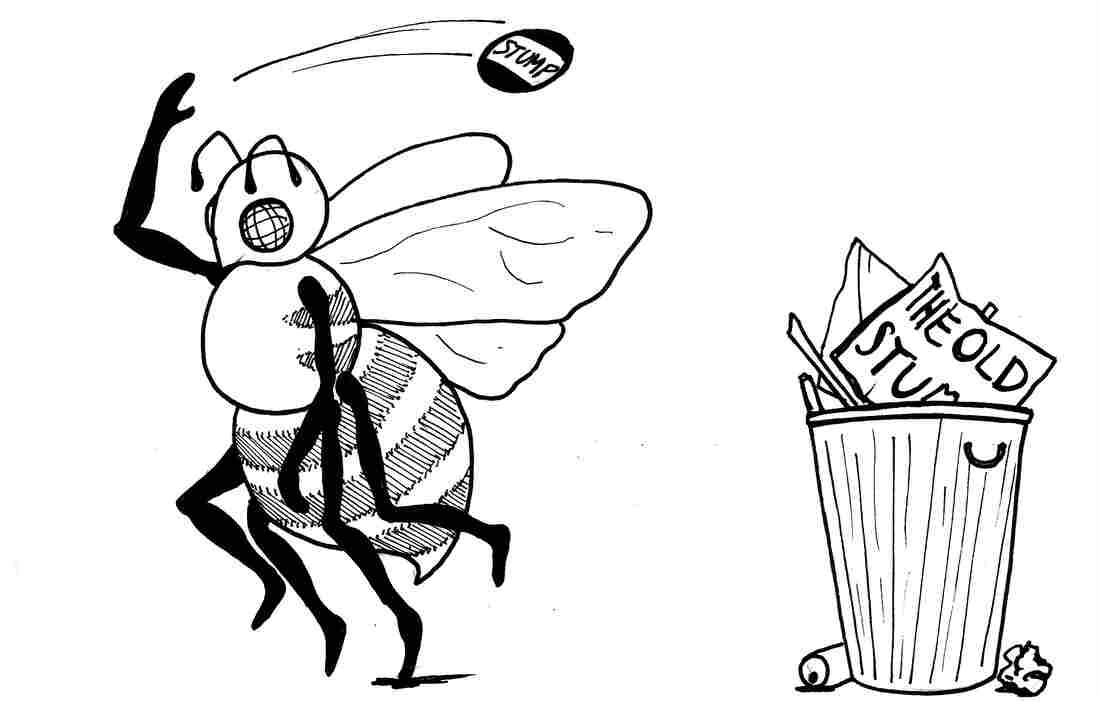 ... and no longer champions her cause. When the decision is made, she will go with the majority choice, whatever it turns out to be. It's not like she's giving up. She's probably wired this way.

As Professor Seeley puts it, there may be "an internal, neurophysiological process that causes every scout to gradually and automatically lose her motivation to dance for a site, even one that is high in quality."

And this is built in?

"[It's] built in," says Seeley. He calls this his Retire and Rest hypothesis. "And when you think about it," he says, "that works really well."

Well, if "working well" means getting rid of fractious, irritating bees who frustrate the majority, hobble government, paralyze the system, then yup, the absence of passion works wonderfully.

But what if that irritating bee is right? What if her tree is the better site?

That can happen, but generally, says Professor Seeley, bee hives choose well. In his book Honeybee Democracy, he says given the array of choices, most hives avoid disastrous sites and choose pretty good ones. So the system works — for bees.

So would we be better off being more beelike?

Each of us would be free to choose, free to express his choice, free to gather, but once we voted, we'd lose our passion. No resenting the winners. No scheming. No grumbling. No sabotage. No filibusters. We'd go with the flow.

Biologically-induced congeniality sounds like a nice alternative to what we've got now, a spitting, snarling mosh pit of politicians. But even so, I don't wish a bee lobotomy on our senators.

Yes, they are petty, shortsighted blowhards too much of the time. Some have lost the art of compromise. But would I prefer the bee model? A polite, genetically induced quiet? No, I wouldn't.

I see the advantages, but speaking as an intelligent, free willed mammal, I'm afraid their system seems a little ... umm, what's the word?

In 2011, I spoke with Professor Seeley on Morning Edition, and if you want to hear that interview and listen to bees debating (the "bees" courtesy of jazz violinist Mazz Swift-Camlet) just click here, then on the "listen" button. The bee drawings — which I'm reprising from the 2011 post — come from NPR's very own reporter, composer, illustrator and honorary bee, Adam Cole.