Accessibility links
The Naming Of The Shrew : Krulwich Wonders... It looks part shrew, part squirrel, part fox and part rat. But this animal is an act of edited, elegant imagination. And it needs a name. So we're turning to you.

The Naming Of The Shrew

The Naming Of The Shrew 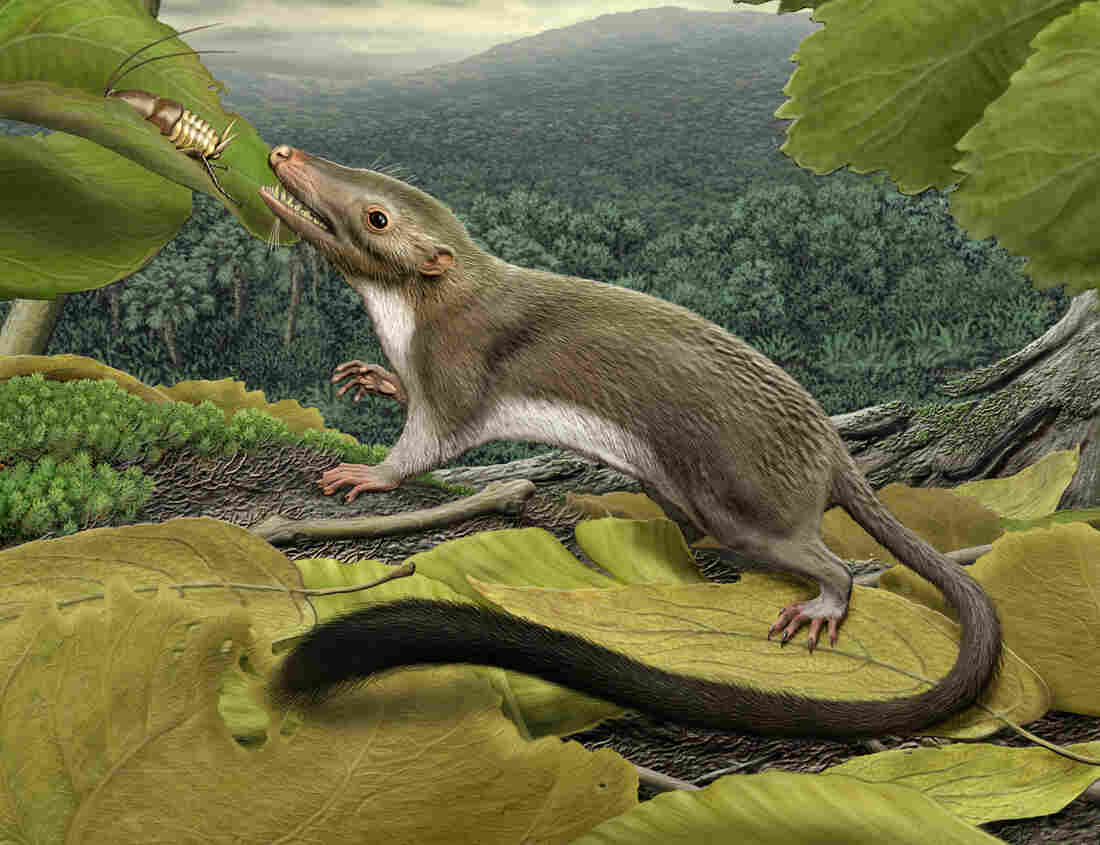 It looks kinda like a squirrel, except its ears are too small, its tail is ratty, then bushy, and its mouth? Definitely un-squirrel. More like a shrew, a fox, or a dog. And the teeth? Strange. What is it?

It's an act of edited, elegant imagination.

Drawn by science illustrator Carl Buell, working with 23 very learned, picky, choosy scientists, it's the American Museum of Natural History Team's best guess of what the Mother Of All Modern Mammals looked like. After a giant asteroid smashed into Earth, wiping out the dinosaurs, "a small, scampering, insect eating animal" poked its head out from wherever it was hiding, and found itself suddenly in a big, empty, inviting, dinosaur-less world.

Free to roam, eat and grow, it had lots and lots and lots of babies, who eventually speciated into lots of different looking babies, and 66 million years later, one of those babies (great, great, great etc. grandchild of the original) is ... you! You reading this. That little animal in our picture about to eat a beetle is your ancestor: the original mammal that led to all the mammals we see today, from aardvarks to elephants to kangaroos.

The problem is, we have no fossil of this mammalian original. We can make an educated guess about its genome, its inner chemistry. The National Science Foundation has built a cyber-picture book, called Morphobank, a search engine that lets anybody explore what ancient creatures looked like. So scientists pored over 12,000 pictures describing fur, feathers, skulls, tails, and came up (after many phone calls and emails) with this combination of what the genes and fossils say, transformed by Carl Buell into this image of our great great "Grandma." 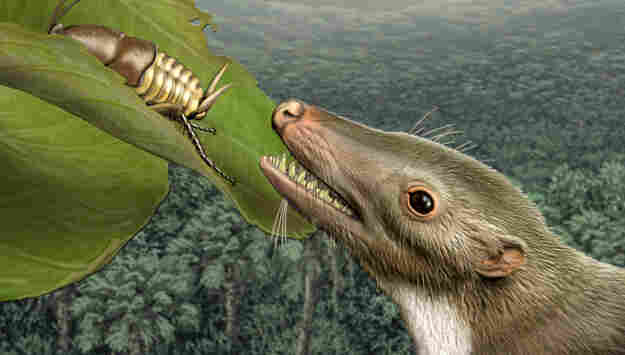 Problem is, she has no name.

Evolutionary biologists are very strict about this. Without a fossil you can't have a scientific, official, Linnean name. So we journalists and you readers and scientists too — can call it anything we like.

Which is why the Museum of Natural History has teamed with Radiolab (the NPR show I share with Jad Abumrad) to co-sponsor a naming contest. On the Radiolab website, we asked people to suggest names for the Original Mammalian Ancestor pictured in Carl's painting, and of the 1,000 or so that came in, we narrowed the field to 32. 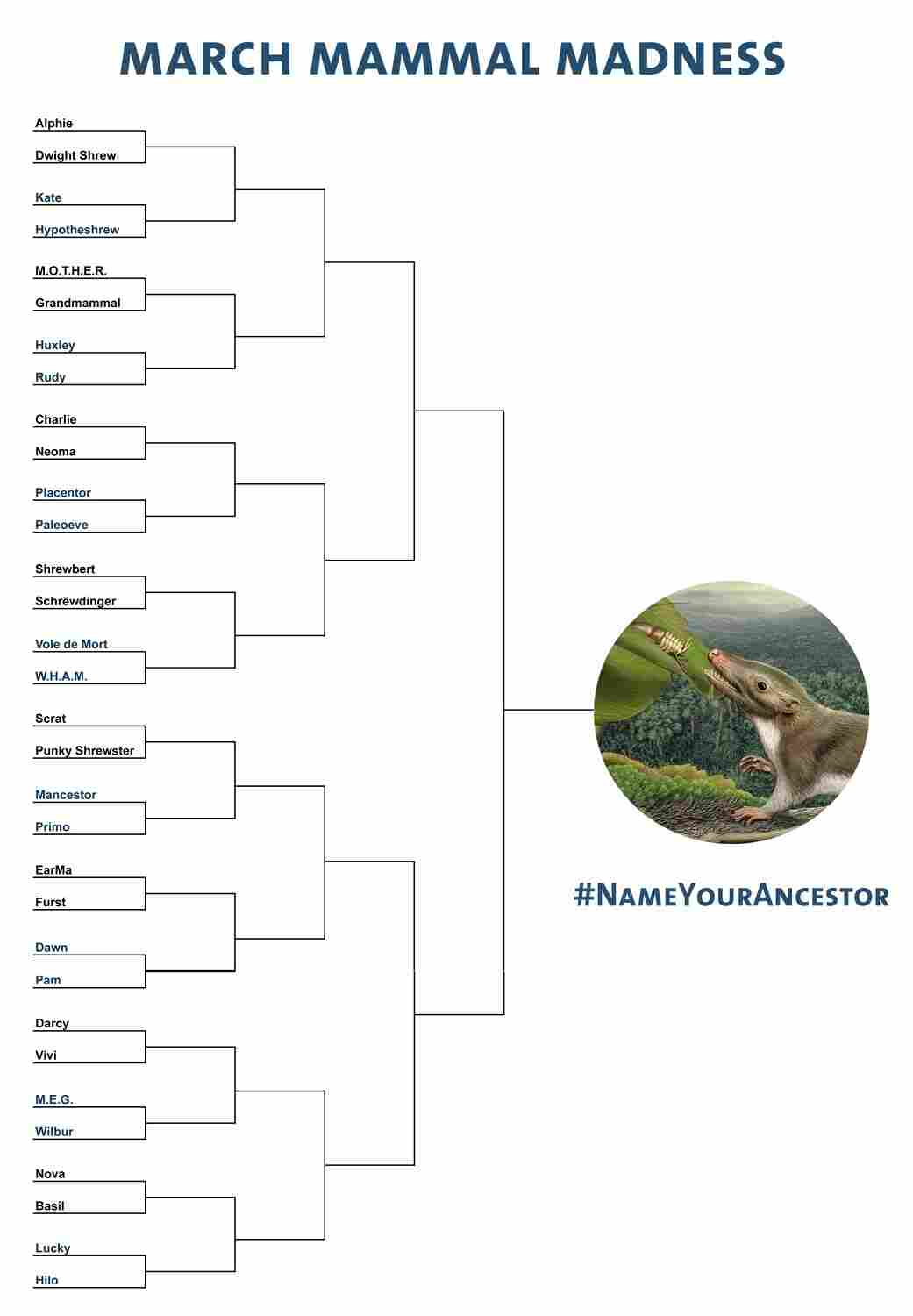 There are some plain, nice ones like Alphie, Basil and Charlie, some acronyms like MEG (Mammalian Evolutionary Grandparent), some cool ones like Grandmammal, Punky Shrewster, and Vole de Mort. And, not that I want to influence anyone, because I shouldn't, but how about "Furst"? After all, that's what it was, and the "u" makes it sly — but, hey, I'm not the chooser.

We're doing one of those March Madness bracket competitions, and right now we're in Round 2. 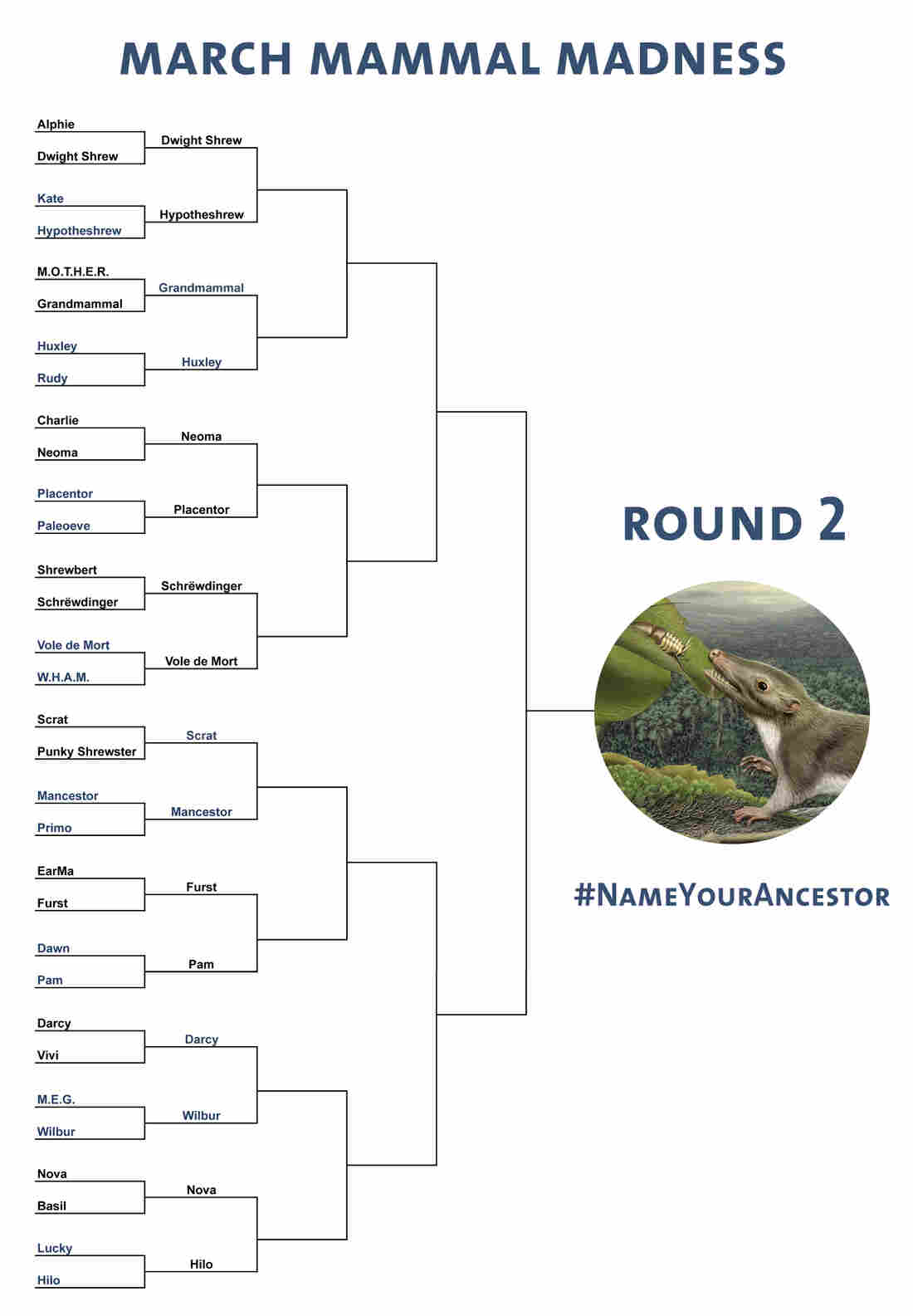 If you want to vote, look over the surviving list of names and vote for the one you like the best.

We will go five rounds, and the winner will be announced April 4. You are free to vote right here and may the best name (even if it isn't "Furst" which would be so wrong, given how right it feels ... I mean just look at that animal and try to call it anything else) win.

It's Called 'De-Extinction' — It's Like 'Jurassic Park,' Except It's Real