Accessibility links
What Did Rachel Carson Hear? The Mystery Of The 'Fairy Bell Ringer' : Krulwich Wonders... It's not easy making friends with wild animals, especially when the animal is impossibly small, very shy, hiding under a pile of leaves. But when the writer Rachel Carson heard a "ting! ting! ting!" coming from her backyard — like someone ringing a teeny bell — she had to meet this creature, the one she called "the Fairy Bell Ringer."

What Did Rachel Carson Hear? The Mystery Of The 'Fairy Bell Ringer'

What Did Rachel Carson Hear? The Mystery Of The 'Fairy Bell Ringer' 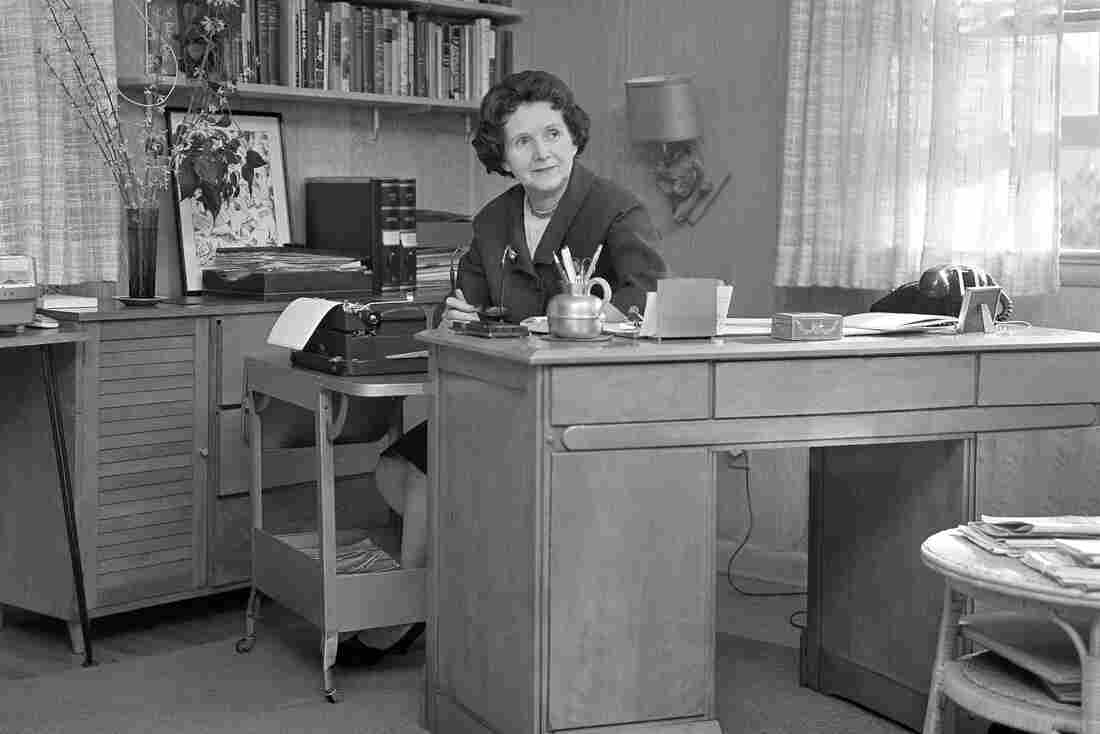 This is the season of night noises, chirps, buzzes, little cries. The air is telling you, "Things are going on out here," and if you like you can step out onto the porch and do what the writer Rachel Carson did back in 1956: She played a hunting game. The rules were simple: You stand outdoors, near the house. You go quiet. When you hear something interesting, you either: a) take a flashlight and go hunt for it; or b) you don't go anywhere. You just imagine it.

The best find Rachel Carson ever made, she never found.

She was standing at the edge of her garden and noticed, somewhere in the chorus of nighttime crickets, birds and scurrying somethings, a very precise note, clear, like a 'ting!' It repeated.

"It is exactly the sound that should come," she wrote, "from a bell held in the hand of the tiniest elf, inexpressibly clear and silvery, so faint, so barely-to-be-heard that you hold your breath as you bend closer to the green glades from which the fairy chirping comes."

She dubbed it a "Fairy Bell Ringer."

But what was it, really?

A Teeny Elf With A Bell?

Rachel Carson was a scientist, a biologist. She'd already written a couple of best-sellers about life in the oceans, and a few years later she would write her classic, Silent Spring, about chemical pesticides and the ominous quiet that settles in after a place has been exposed to DDT. She knew how to look for little creatures, but this one, she decided after weeks trying, was too small, too shy. "I never found him," she wrote. "I'm not sure I want to." She kind of liked the idea that this one could tease her, draw her in, and never show itself. 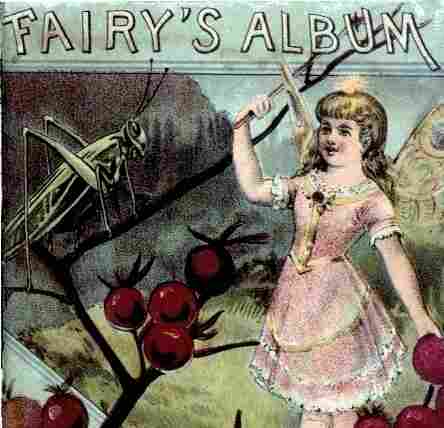 She knew, of course, that it wasn't calling to her. No insect sings mating songs to a hairy, overwhelmingly humongous bipedal mammal (not even mosquitoes). We humans live in our world, insects in theirs. Rachel Carson knew that.

What's more, crickets don't sing joyously. They sing to survive. They are wired to do it. When Rachel heard them, "they were hard at work at the business of holding a place for their kind on this planet," says the author John Himmelman, in his book Cricket Radio. "I've no doubt she knew those crickets were not calling for her pleasure."

Yet she was deeply pleasured. She heard them go "ting, ting, ting," and the sound filled her with a crazy joy. The fact that the crickets were totally unaware of her, couldn't imagine her — that didn't matter. This wasn't about them; it was about her. She was describing her own delight. Sometimes, locked off from other creatures, that's the best we can do.

Naturally some of her readers wanted to hear what she heard. "Tiny elves ringing bells" is such a gripping metaphor. For 50 years, both amateurs and scientists have searched the Northeast looking for candidates, and they've landed on two possibilities. Rachel was, they think, listening to either a Say's Trig (Anaxipha exigua) or a Tinkling Ground Cricket (Allonemobius tinnulus).

I listened, and it sounds nice, but it's not as cool as a teeny fairy hitting a bell. Sometimes our language betrays us. Everybody, scientists included, want to talk to the world and have it talk back. We want to connect with the other creatures. We want the world to feel magical. But even when it isn't, we — scientists included — sometimes make it so.

Rachel Carson imagined elves with bells. Richard Alexander, a bug scientist who wrote the first great summary of insect sounds in 1960, imagined (or maybe almost had) a duet with a katydid. As described in David Rothenberg's new book, Bug Music, he was at home one day, banging on his typewriter, writing a manuscript about insects, when a real insect, a katydid from the yard, snuck into his studio. Katydids typically won't sing unless it's dark, but this one managed to find an unlit hiding place and heard Alexander going bangity-bang, bangity-bang, bangity-bang on the typewriter.

The sounds apparently mimicked the basic bangity-bang, bang, bang, katydid, katydidn't rhythms that trigger a mating song. So when Alexander paused after a triple beat, the insect banged out its own triple rhythm, returning the call. Richard Alexander knew instantly what was going on, so he did another triple and got a triple back. Then he quickened his pace, bangity, bangity, bangity-bang; and the katydid bangity, bangity, bangitied him back — at the higher speed! Then Richard slowed. So did the insect. Katydids only sing when there's a pause in the communal song, when they have room to sing. Just to be sure, Richard Alexander banged nonstop on his typewriter, and the bug went silent.

That cinched it. For just a few minutes, a great scholar of bugdom had become a bug. He was singing with another katydid. That was Alexander's "elf with a bell" moment. Boundaries were broken. The lonely world had cracked just a little and there was joy in the house. We live and we die alone, of course, but every so often we imagine, or believe, or pretend to believe, that we can share.

Those are the moments that blaze.