Accessibility links
Stroke, Stroke, Stroke — The Atlantic Ocean's Dazzling Oarsmen : Krulwich Wonders... At night, in the ocean, they look like little Broadway billboards with dazzling trills of rainbow colored light. They have eight little runways on their bodies for light display. What are they?

At night, in the ocean, they look like little Broadway billboards with dazzling trills of rainbow colored light. They have eight little runways on their bodies for light display. What are they? 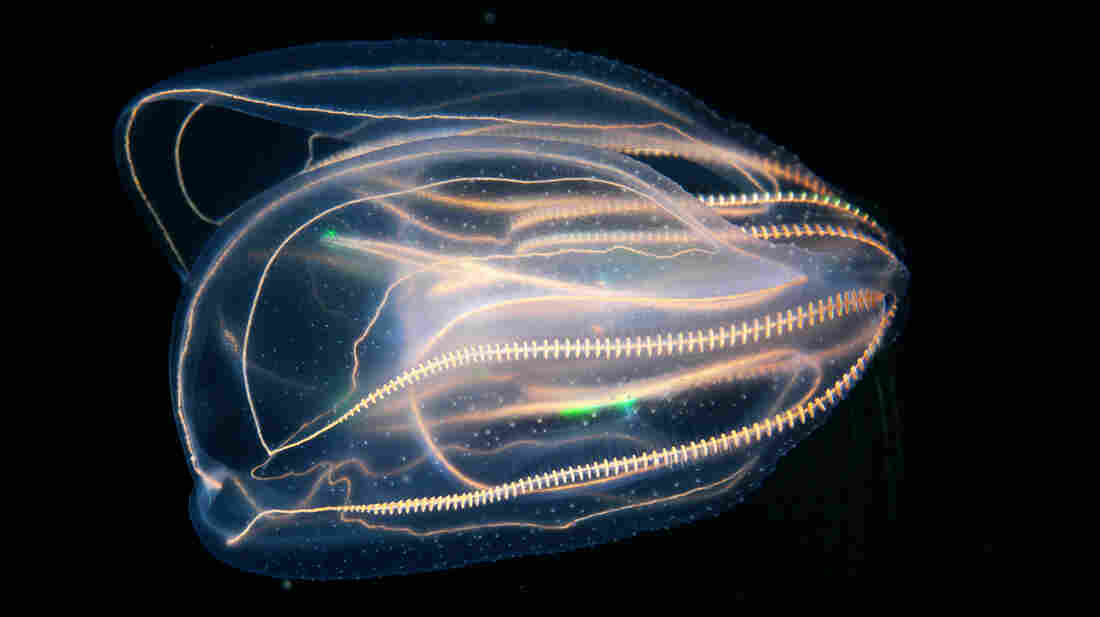 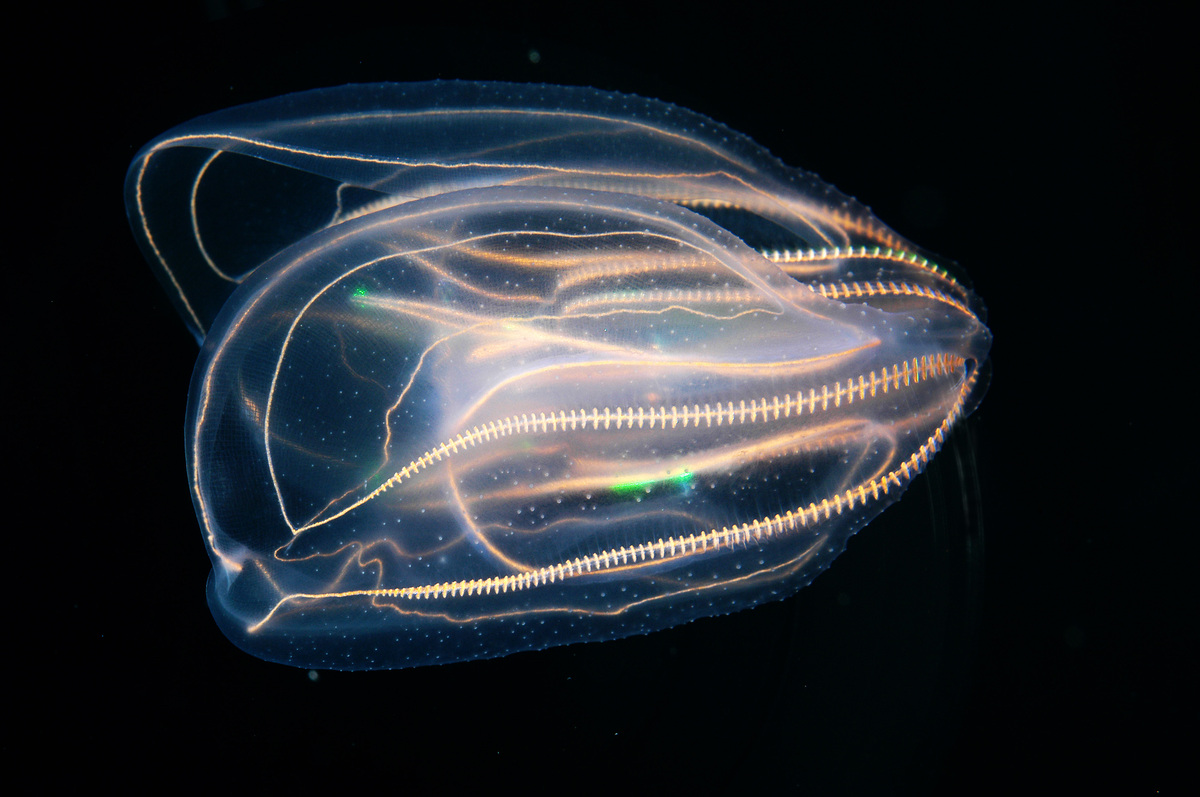 They're called comb jellies. They're not jellyfish. They don't pulse like jellies. They seem to hang. You can find them bobbing off eastern beaches from Massachusetts to the Carolinas and if you pull them up (you can, they don't sting), they're goopy, gelatinous clumps vaguely shaped like walnuts.

But the secret about comb jellies is they aren't bobbing. They're moving, with cunning and purpose. They do this with very teeny oars. And then at night, those oars double as moving lights!

You might call them master-rowers. Think of a walnut-sized ship with thousands and thousands of oarsmen packed together on benches, with long, skinny paddles that plow the sea in serial strokes, like Yankee fans doing the wave. No animal their size does anything like this.

Here's a fine little animation showing their secret system, created (with help from Sophia Tintori) by college student Lee Stevens, who a few years ago was in Professor Casey Dunn's invertebrate zoology class at Brown University. Lee points out that the teeniest organisms on our planet, bacteria, use little oars (called cilia) to get about. Comb jellies, who are much, much bigger, didn't want to give up rowing, so, after some cunning adaptations, you can still find them off the Jersey shore, quietly going "stroke, stroke, stroke."