Accessibility links
Democracy, My Mother And Toast : Krulwich Wonders... It's America's birthday this week, when we celebrate government of, by and for the People, which has me thinking of two particular people, my mother and my aunt, who argued politics at our family dinner table. If families in this country are anything like mine, America's democratic achievement is nothing short of a miracle.

Democracy, My Mother And Toast

Democracy, My Mother And Toast 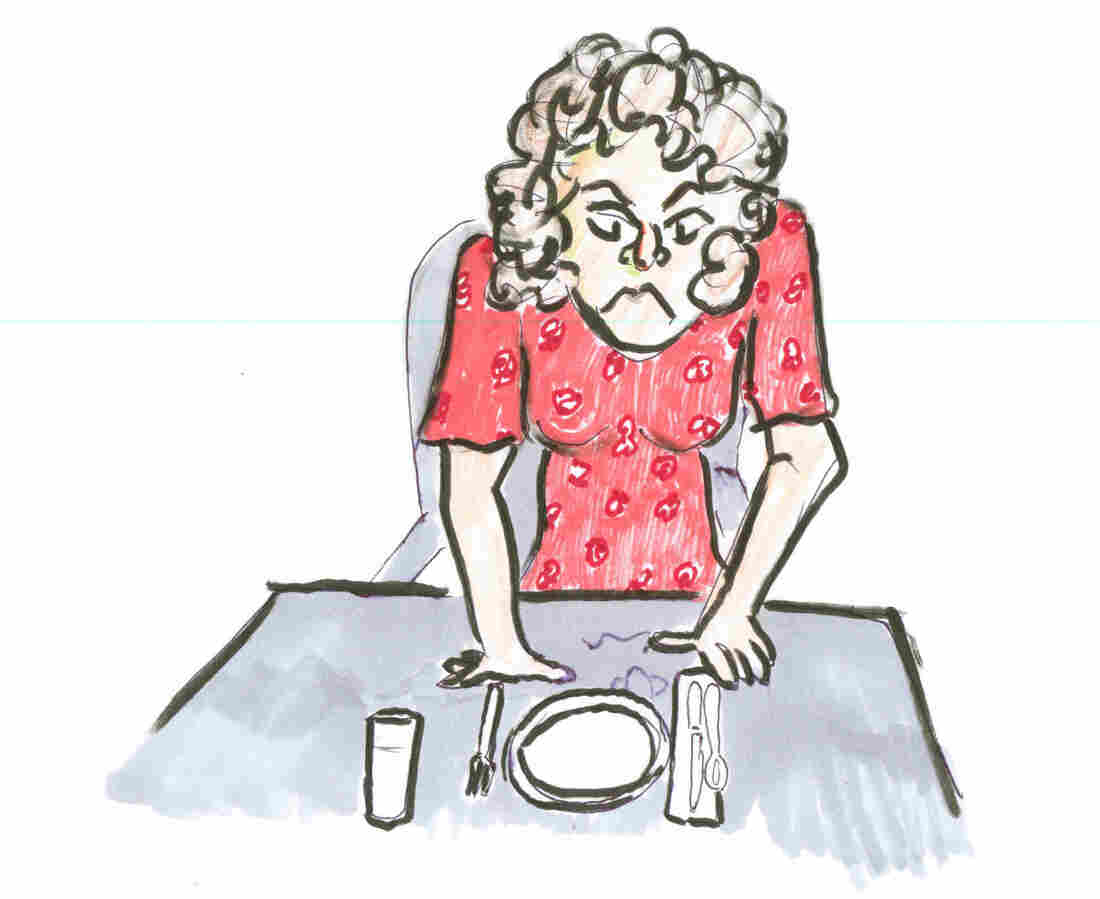 When they proposed it in the 1770s, it was such a novel idea. That instead of a king anointed by God, instead of a sage, instead of one leader telling all of us what to do, we should, every four years, all of us, pick our own leader, who would serve for a season, and then, job done, gently depart.

Nothing like this had been tried for thousands of years. Somehow, together we would be wiser than a single king. We would lead ourselves.

At my family dinner table, I wondered a little. More than a little.

I remember taking my friend Peter to my aunt's house in 1970, and thinking afterwards, if the Founding Fathers had broken bread with my family, they would they have approached this great experiment with a little more ... um, trepidation. 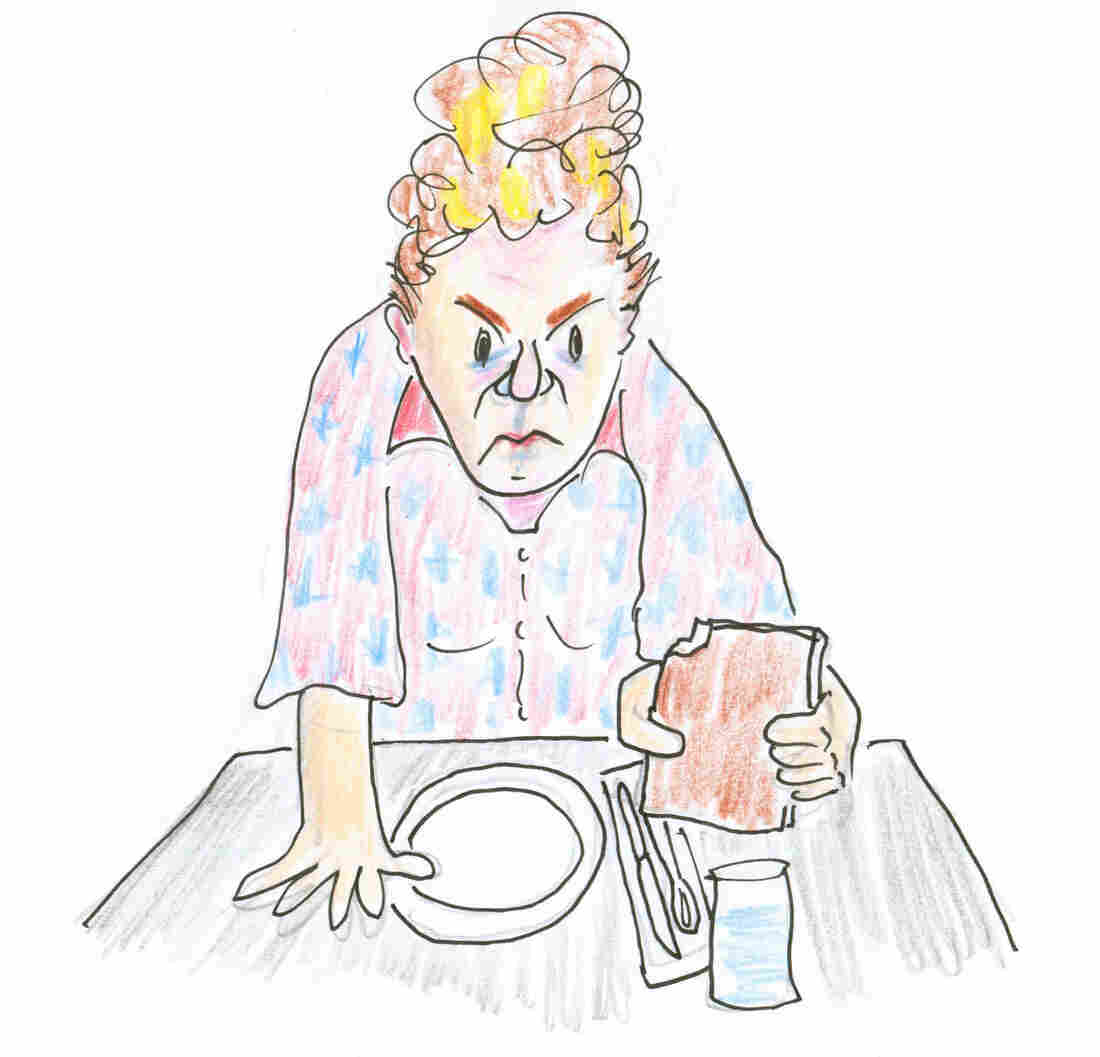 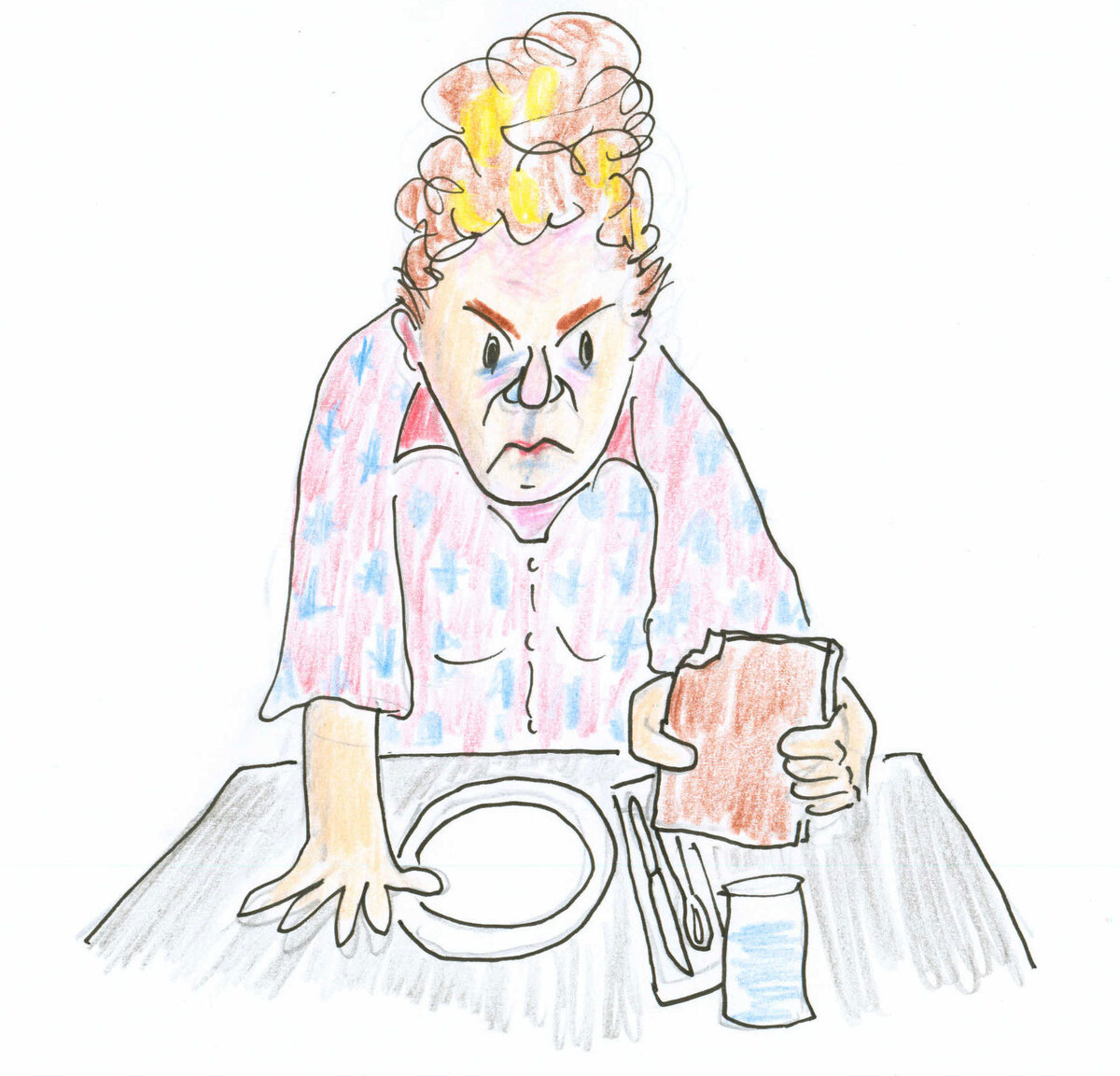 Peter grew up in St. Paul and was used to Swedish and Norwegian dinner conversation. My mom and her sister had been raised in Oklahoma and had moved to New York. My aunt's husband's family had been lucky on the oil fields. My aunt had an oil fortune. My mom had my dad, an importer of men's hats, not a growing business in the 1970s. The two of them, because of their different situations, had developed very different political opinions, and on the night Peter came to dinner, my mother and aunt were discussing the oil pipeline in Alaska, though if you hadn't been to dinner with them before, you wouldn't know this. Because here's how the conversation began.

My aunt looked across the table at my mother, and said, with no apparent prompting, as if she was resuming an old refrain, "All I want, Mickey (my mom was called Mickey) is a piece of toast. Surely, that is not too much to ask."

"And all I want — ALL I WANT — ", said my mother, "is to save thousands of innocent animals who will die for your toast."

There was a question forming in Peter's eyes.

"Selfish!" said my aunt, waving an invisible piece of bread in the air, "I'm not asking for a fur coat here, I am asking a single piece of bread, and I think, I really think that at this point, we, all of us, are entitled at least to that ... "

Peter looked at me. So I leaned over, and I translated. "My aunt," I explained, thinks we should have an oil pipe line from Alaska to the lower 48. If we don't, she believes America will be so energy depleted, so oil poor, that there won't be enough electricity for her to make toast. Not even one piece." 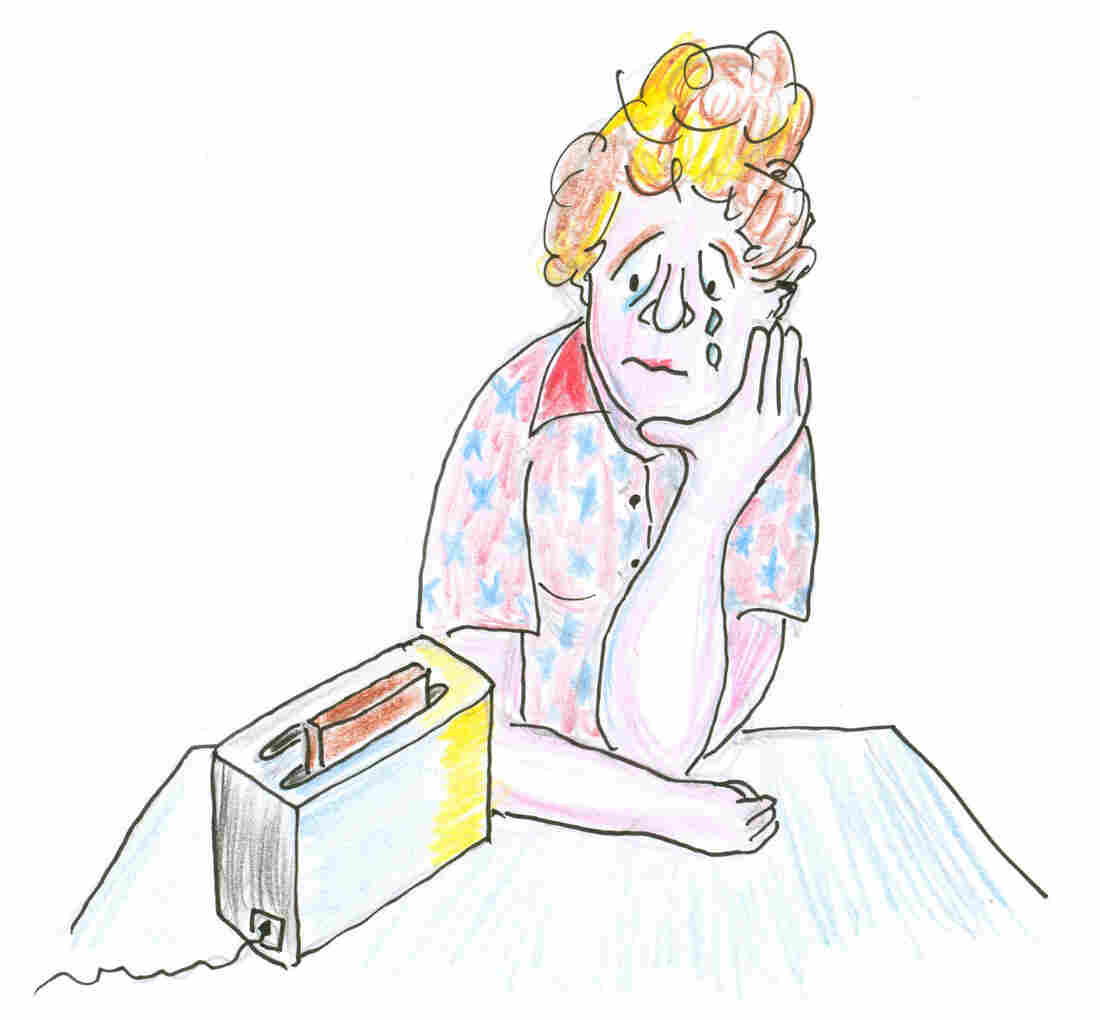 "My mother," I went on, "believes that that pipeline, if activated, will melt the permafrost just below it, creating a concavity that will suck tens of thousands of innocent caribou into a pit in the ground, rolling them in and killing them all."

"Yes," I told him. "Sometimes the details change, but the caribou always die." 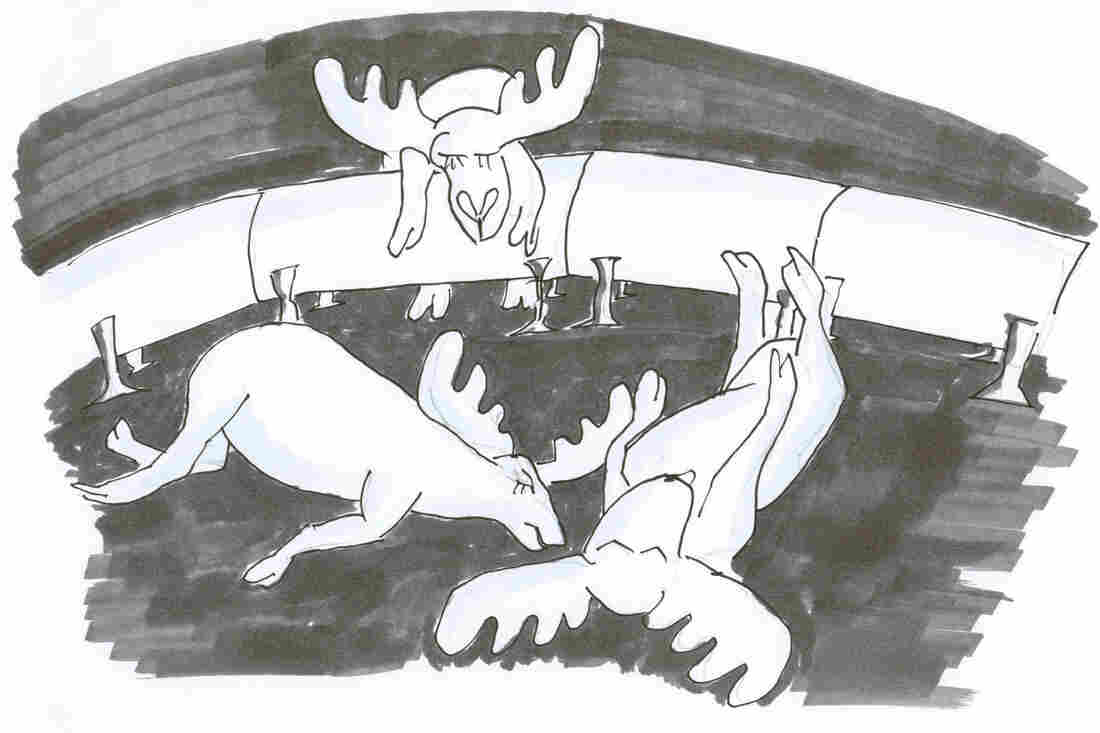 This is how we talked politics in my mom's family. We exaggerated. We fumed. We banged things on tables. It was hard sometimes, to imagine families like mine (and I'd seen some others, and imagined more) all over America having these wild mudfights at home, then going to polling places, then electing leaders without wondering, just a little bit, if this democracy idea was an improvement over other forms of governance, because if it was, and it seemed to be, how did that happen? How did the authors of countless oil pipeline dramas at dinner produce a long string of mostly competent presidents, plus a few great ones, who came and went, for the most part, calmly? How did so much noise produce such order?

There is something about democracy, that for all its troubles, all its fury, gives us manners. We don't, very often, shoot each other. We know we are in this together. This is a shared form of government, and so, deep down, whether we like each other or not, we do at least, most of us, try to control ourselves, to preserve the system. It is an imperfect, boisterous order, but order nonetheless. It's got cracks. It's not always pretty, but in a rough way, it works.

The Meaning Of Democracy

Back in 1943, in the middle of World War II, the writer E. B. White (Stuart Little, Charlotte's Web) was asked by the Writers' War Board to write a statement on "the meaning of democracy." According to reporter Richard Strout, who quoted this from memory, E. B. White wrote a few paragraphs about our imperfect attempt to be both just and free.

We know what democracy is, it's my aunt and my mother free to declare what they believe, even if what they believe is totally preposterous, irreconcilable with facts, each other, and common sense. It is having the confidence to roar if you wish, to struggle, to dig your heels in, to say what you feel — until the roast chicken comes out and it's time for everyone to pass the iced tea, and, waiting their turn, ever so politely, share the gravy.