Accessibility links
What Is 10 Trillion Times More Powerful Than A Heartbeat? : Krulwich Wonders... How loud is the loudest sound we can produce? Kiss fans got a taste at an Ottawa concert, but Chris Butler got closer in his sealed, reinforced, amped-up car. Bombs aside, (we'd rather not, thank you ) can we go louder? How much louder?

What Is 10 Trillion Times More Powerful Than A Heartbeat?

What Is 10 Trillion Times More Powerful Than A Heartbeat? 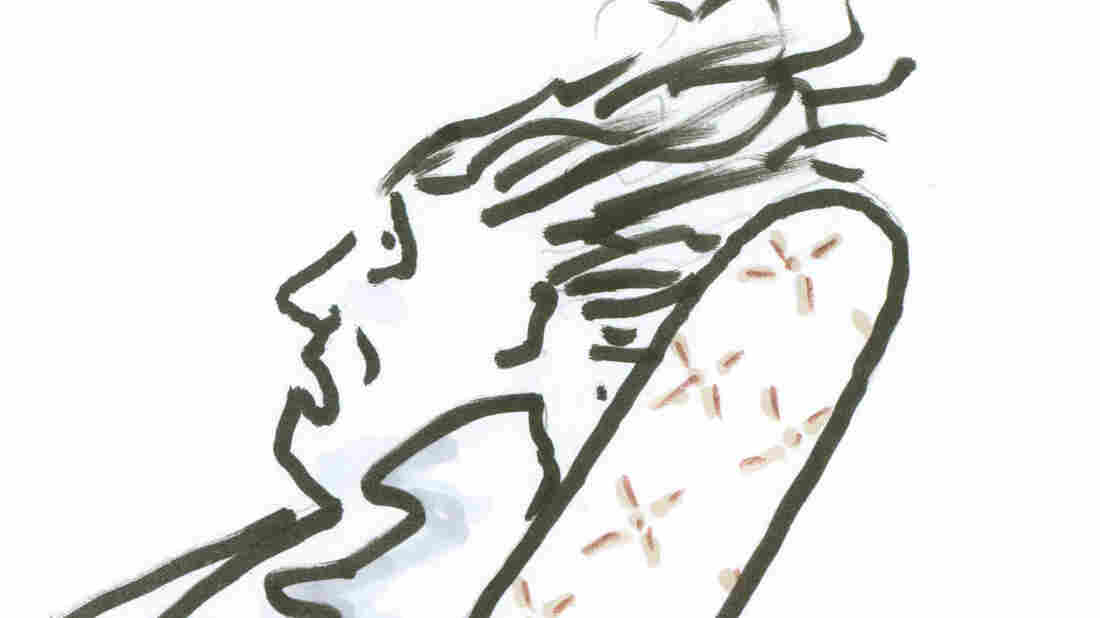 It was July 15, 2009, in Ottawa when it happened. You didn't have to be there, you could have been blocks away. Kiss, the band, appeared on stage and made what some say is the loudest sound ever produced in a live music concert. Their onstage speakers blasted music at 136 decibels, which, says science writer David Blatner in his book, Spectrums, is "the equivalent of standing next to a jet airplane taking off."

The neighbors complained, and Kiss was forced to turn the volume down.

Turning sound up or down is tricky because decibels are logarithmic; a small change makes a big difference. The standard measuring unit is a "bel." Nobody uses "bel" (named for the telephone entrepreneur Alexander Graham Bell), instead we use "decibel," which is one tenth of a bel.

As you can see from this chart, for each additional ten decibels, ten times more power is required, but each step doubles the perceived loudness of the sound.

So you and I can have a normal conversation (about 40 decibels). That is about twice as loud as the sound of a quiet library (about 30 decibels), but the jump requires a thousand times more power. "A large truck driving by," says David, "can throw 94 decibels, carrying almost a billion (10 to the 9th power) times the power of a whisper. 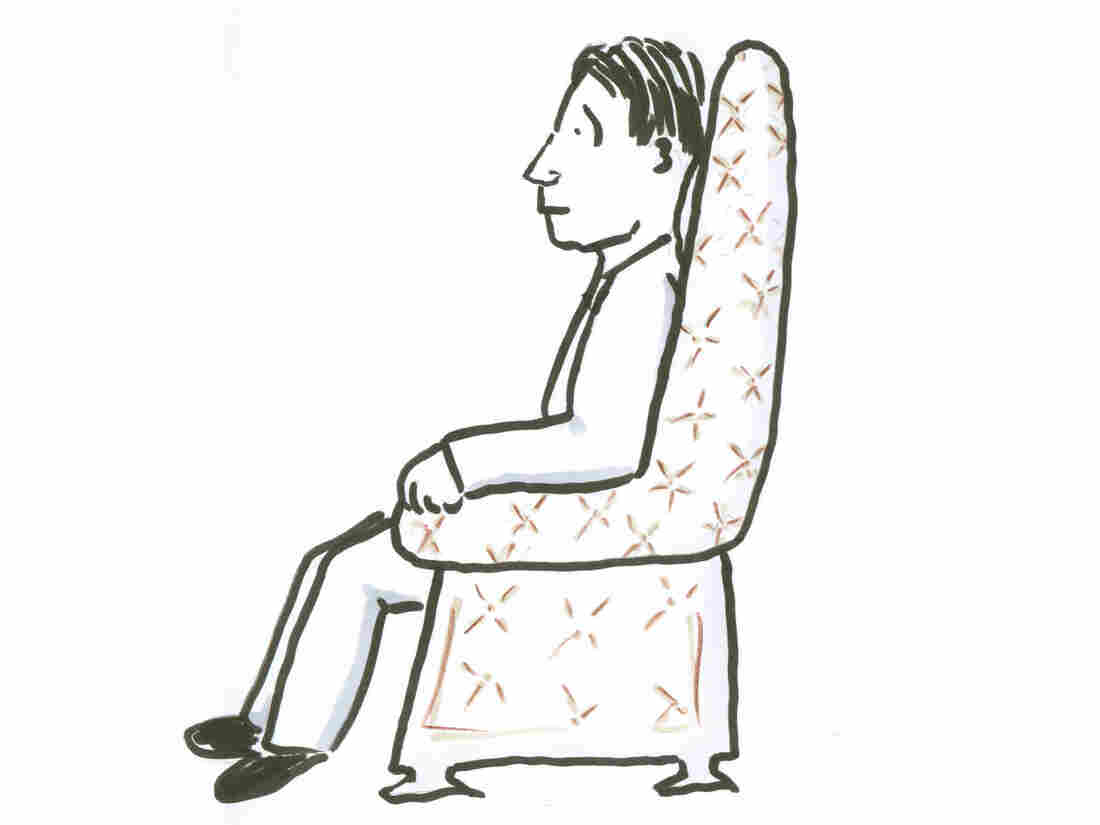 But there's louder. Much louder. In his otherwise quiet book, In Pursuit of Silence writer George Prochnik describes a "dB drag race," a sport that involves putting as many speakers, amplifiers, midis, tweeters, woofers and subwoofers as you can inside your car, then closing the reinforced, multi-glazed windows, doors, roof, hood, to make a really, really big noise. In March of this year, Craig Butler established a new world's record: 181.1 dBs — that's roughly the sound of the volcano that erupted in Karakatau, Indonesia in 1883 and was heard 3,000 miles away. In these drag races, the sound is trapped in the automobile. 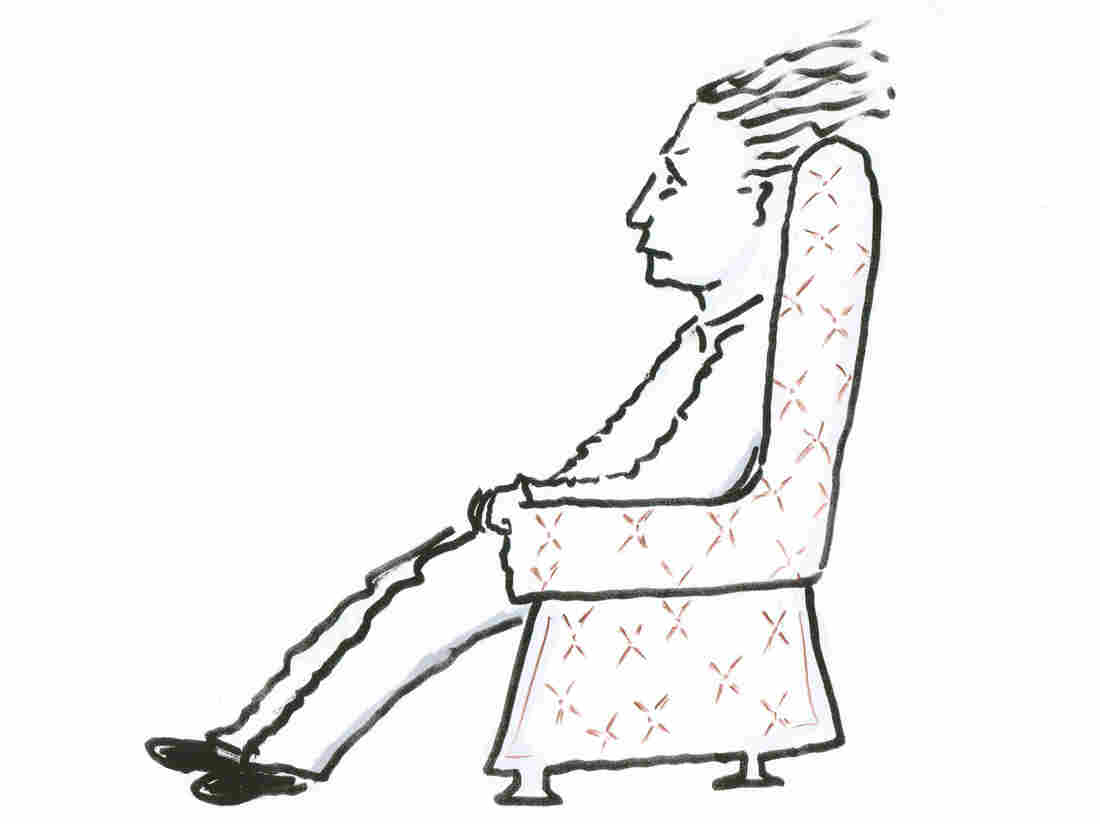 If you're inside the car (contestants are encouraged to stay outside), that's crazy loud. Prochnick went to see many-time champion Tommy "the King of Bass" McKinnie compete in central Florida a few years ago. These meets can take place indoors, or, in this case, in a shopping plaza parking lot.

Prochnick described what's called the "hair trick" — which happens early on, when a contestant tries to find a long-haired passerby, preferably a cute woman, who is willing to lean into the window of the car. George watched a redhead bend forward, and when the audio went on, he says "her orange hair began flying up in the air, like a free-floating wildfire."

Was the lady upset? "I love it," she cried. "That's the best feeling in the world ... 'cause your whole head tingles and all your hair's moving and you can see it all moving!" 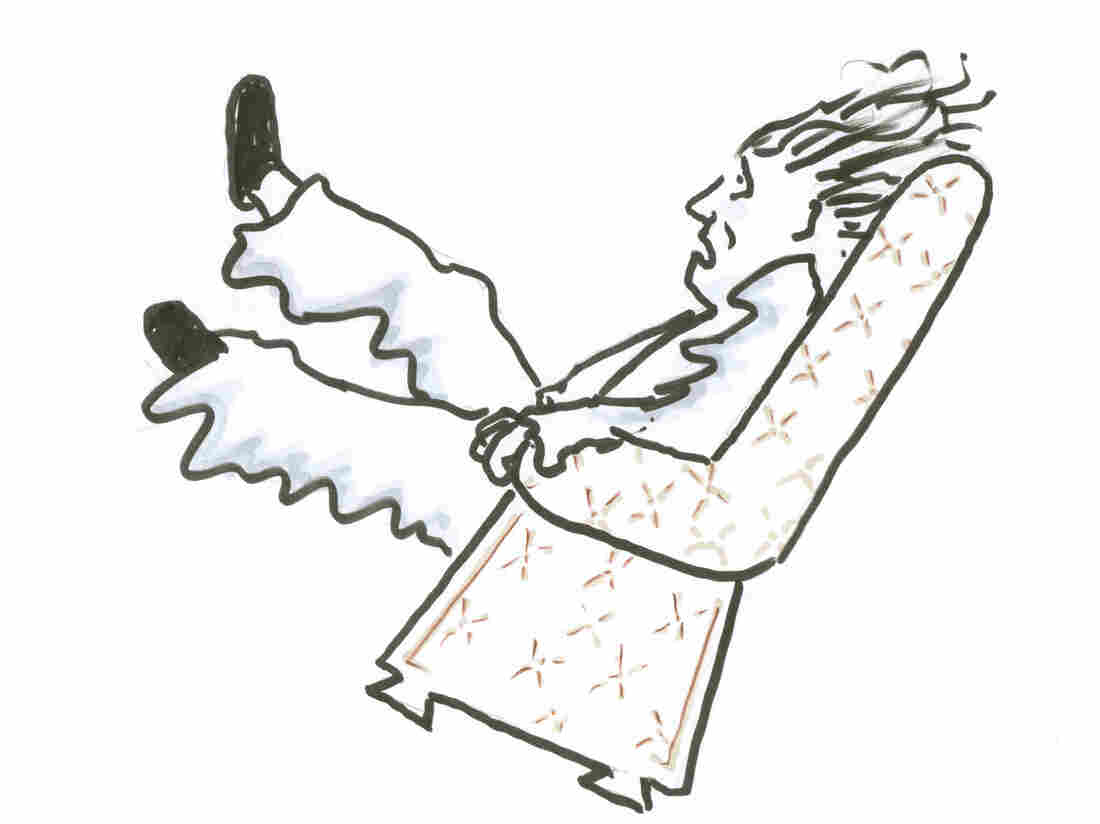 In no way daunted, George then moved to The King of Bass's corner of the parking lot where Tommy had parked his famous souped-up car, the Loch Ness Monster. To win one of these things, a probe is placed in the car, and the sound is measured for 30 seconds. According to the official drag racing website, the winner is "the person who can produce the loudest sound inside a vehicle."

George found a place 25 feet away. Tommy announced he would play his standard song, Phil Collins "In the Air Tonight." 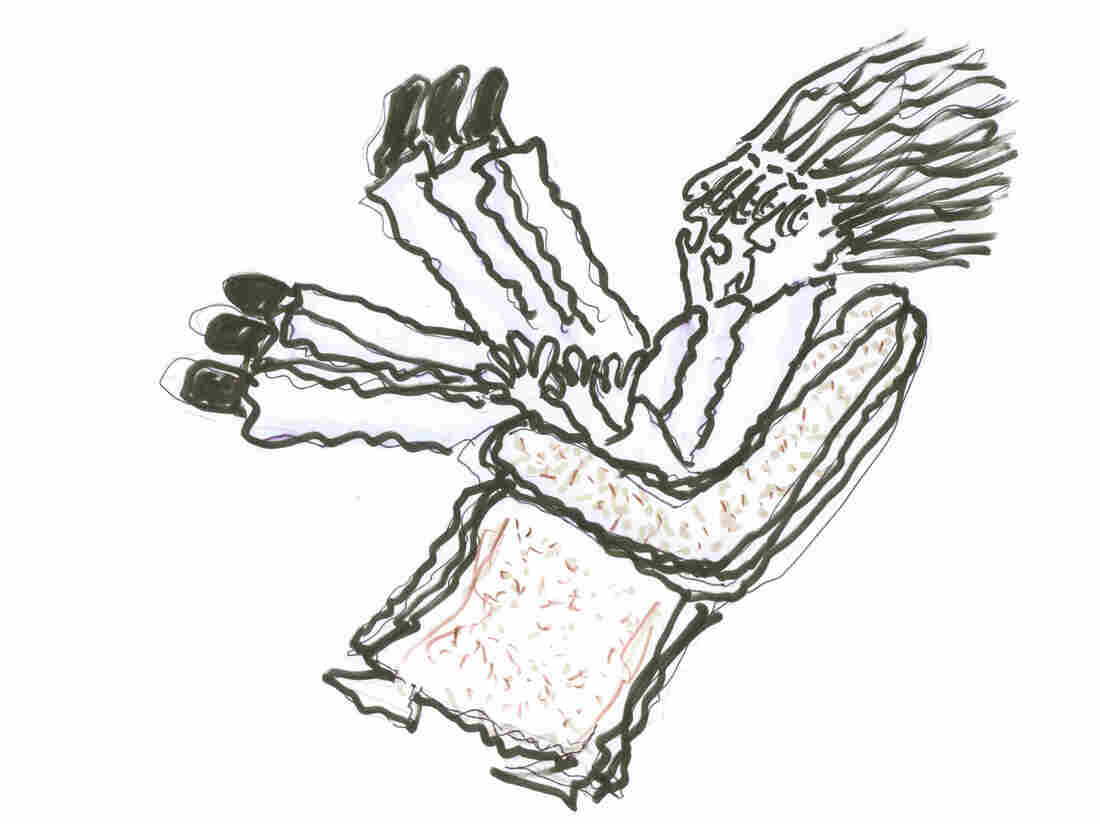 Here's George's description of what happened next:

In the first few seconds I had the uncanny experience of knowing that I was listening to music but being unable to hear the sound as music, to experience it as anything other than pure vibration.

This is like hearing music if you're deaf, I thought to myself. My pants legs and shirt suddenly felt loose and began fluttering wildy free of my body — somehow as though the agitation was coming from inside me.

I had a cell phone in one front pocket of my jeans and my recorder in the other, and they both began massaging my thighs like mini-vibrators. It was extraordinary; not exactly exhilarating, but electrifying. I saw the opaque panes of glass in the [shopping plaza's] hair salon, covered with decals reading PERMS, TANNING, COLORING — begin flapping like black sheets.

Someone pointed up at the floodlights on poles probably twenty feet overhead — the bulbs appeared to be unscrewing from their sockets. It was like standing on the lip of the apocalypse.

Loud is thrilling. Not to everybody, not all the time, but these drag races take place all over the world, the official dB rules page has been viewed 657,836 times since February, 2009. 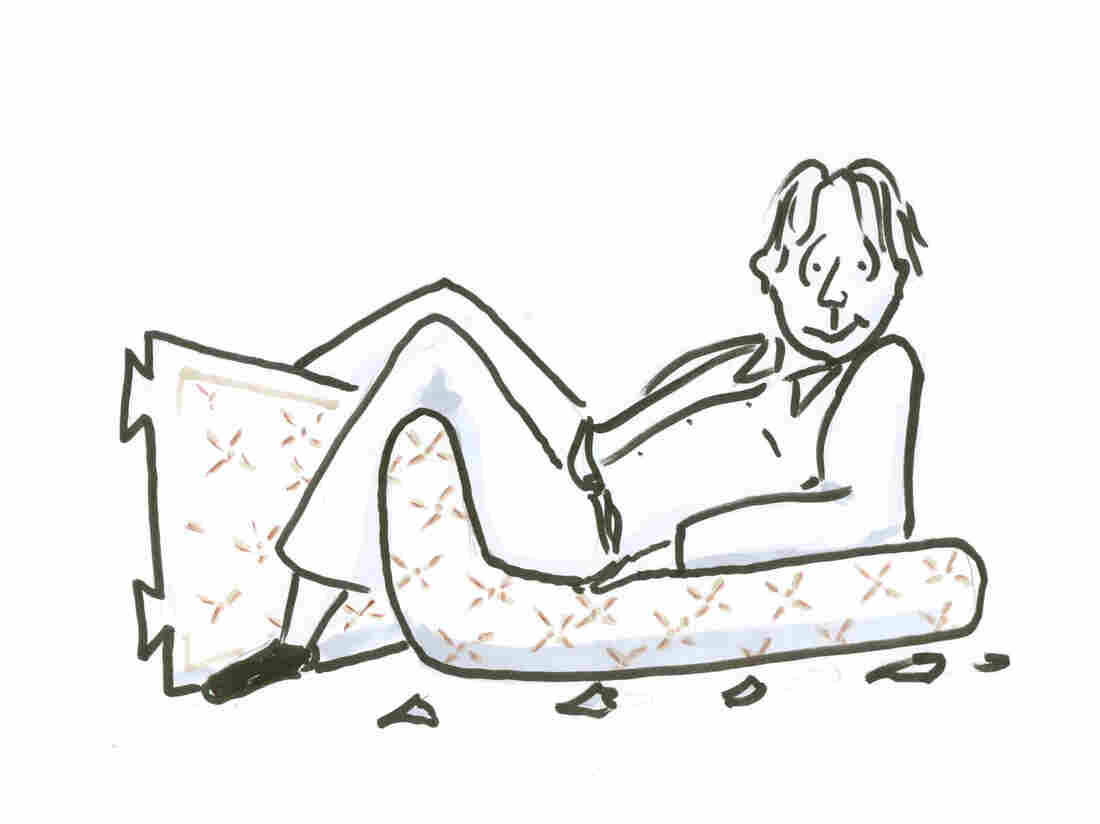 Is there an upper limit to loudness? Shockwaves have no maximum. Nuclear explosions can reach over 275 dB, but you can't experience them up close without dying. But if you define sound "as a pressure wave with a crest and a trough" that carries a message through the air — and remember these competitions are playing music, not just making bangs — then, says David Blatner, "you're limited to a wave no bigger than atmospheric pressure itself," which does impose a limit. The loudest sound you can make, David says, is 194 dB. That's the ceiling.

So as loud as it was, the Kiss concert could have been louder. There's still room at the lip of the apocalypse.

If you go to You Tube, there are lots of videos from that night in Ottowa. The stage is pretty much a wall of amplifiers. Take a look:

Oh, one more thing. My editor, Andrew, wants me to mention the crazy scene from the mockumentary, This is Spinal Tap, where Nigel Tufnel, the band's lead guitarist (played by Christopher Guest) proudly shows us an amplifier with a knob recalibrated to 11 (instead of the usual 10), allowing the band to go "one louder." Loudness, in this culture, equals greatness. So much so that Eddie Van Halen, the real Eddie Van Halen, actually bought an amp that went up to 11 so he could, presumably, have that "extra" advantage. Marshall, the company that provided amplifiers for the movie, then put out a line of amps, the JCM900, that had knobs calibrated up to 20. I am not making this up.