Accessibility links
Just Like Van Gogh, Ocean Waves Paint Clouds In The Sky : Krulwich Wonders... Vincent van Gogh painted rolling, tumbling air in the sky. He used paint and a brush. Ocean waves are also Van Goghs when they crash onto beaches. They paint the sky with salt. 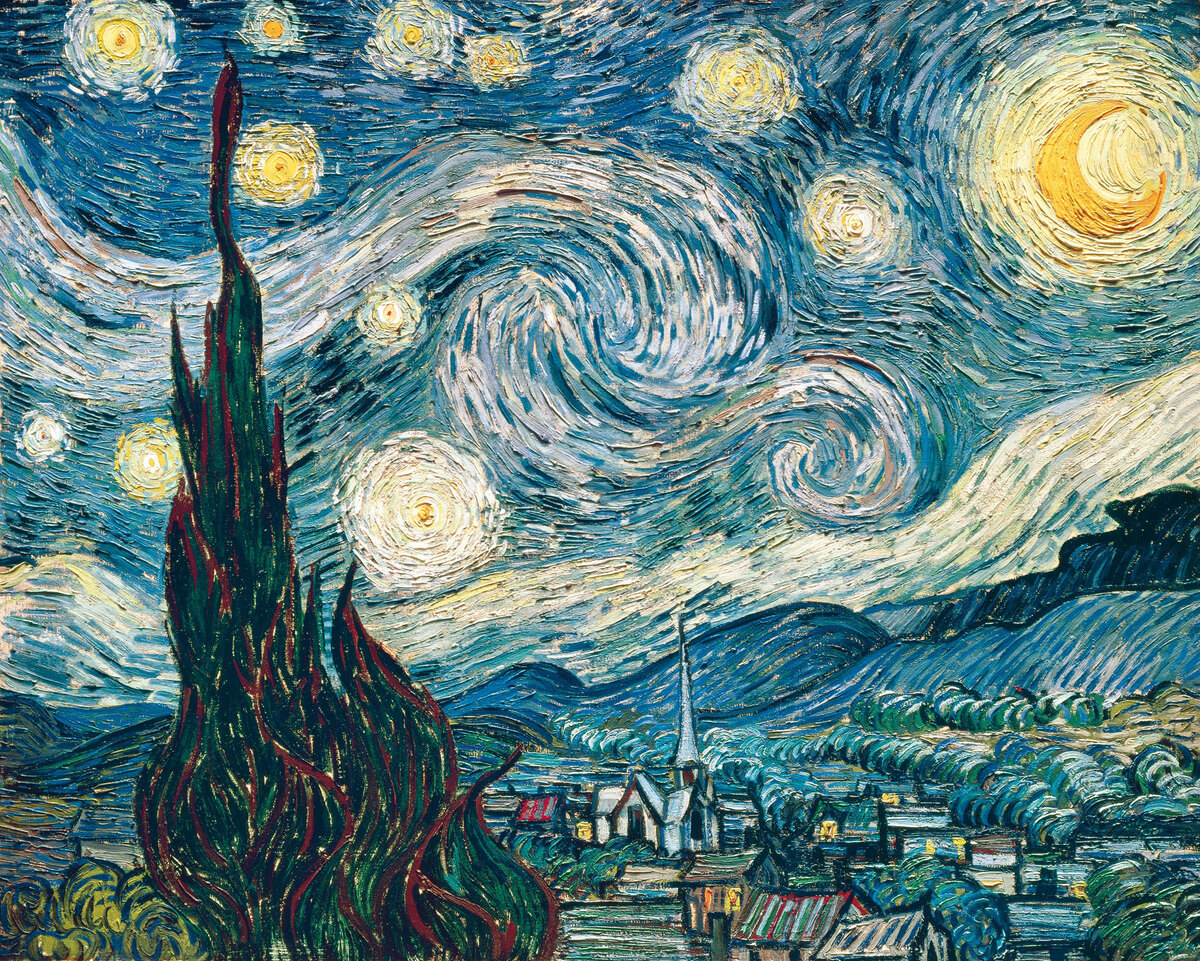 If you can't get to a beach this weekend, you can still see waves. Just look up. 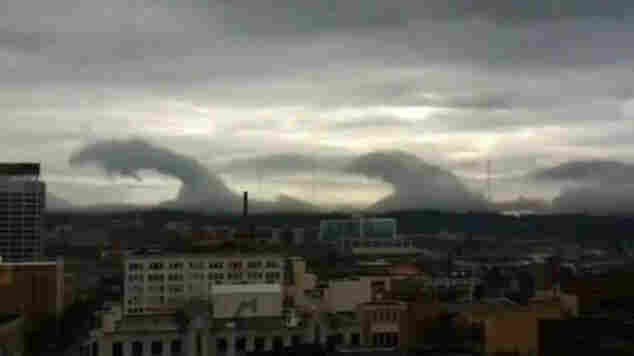 Clouds, after all, are sculpted by waves of air. These clouds, in Birmingham, Ala., were formed when two layers of air — one fast, the other slow — collided at just the right speed to create rises and dips that caused the clouds to curl in on themselves and crash, just like waves on a beach.

They are called Kelvin-Helmholtz clouds. They don't last long, but they remind us that we live in a turbulent ocean of air. So too does this video, created by Simon Christen, who many mornings dragged his camera to a lookout high up in the Marin Headlands near San Francisco to watch a tide of Pacific fog come pouring in over the mountains, like a foamy, milky cascade. The air looks exactly like a wild sea.

But now comes an even more beautiful connection. Not only do clouds look like ocean waves, sometimes waves in the ocean help create clouds in the sky.

In his book, The Wave Watcher's Companion, Gavin Pretor-Pinney says that when waves come crashing down at a beach, creating that white, frothy foam, "the turbulence causes countless tiny air bubbles to form and burst, releasing a fine mist of water droplets into the air."

When the water evaporates, what's left are microscopic bits of salt suspended in the air. (That's why the beach air tastes so salty.) As the air gets hotter, those bit of salt rise higher and become magnets for moisture.

Think of a little dot of salt moving up, up, up into the cooler wetter air. Bits of moisture cling to it as it rises, becoming droplets, the droplets begin to attach to each other, and before you know it, salt-seeded droplets are composing themselves into low-lying clouds.

The ocean, then, is seeding clouds in the sky!

(This doesn't mean you will see little clouds hanging above every wave-crashing beach. Nothing's that simple. What Pretor-Pinney is saying is that ocean waves produce some of the "condensation nuclei" that drift around the lower atmosphere, but the connection is real: Waves below can produce clouds above. That's why cloud spotters, though they may not realize it, are really wave watchers — tuning in late.

I like listening to "Stacey" and her friends as they shoot footage of the Kelvin-Helmholtz clouds in Alabama. They are amazed by what they see, ("They're going to think I'm crazy, because this looks like a wave!" "That's not why we think you're crazy, Stacey.") They want to call the local TV weatherman to figure out what's happening. They want to know what's going on.