Accessibility links
Why Dentists Should Fear Snails : Krulwich Wonders... Yes, they're slimy and squishy and move on their own mucus, but here's a little secret about snails: They have teeth. Lots and lots and lots of teeth. The snail in our story had 2,640 of them, until they fell out. But not to worry. They grow back.

Why Dentists Should Fear Snails

Why Dentists Should Fear Snails 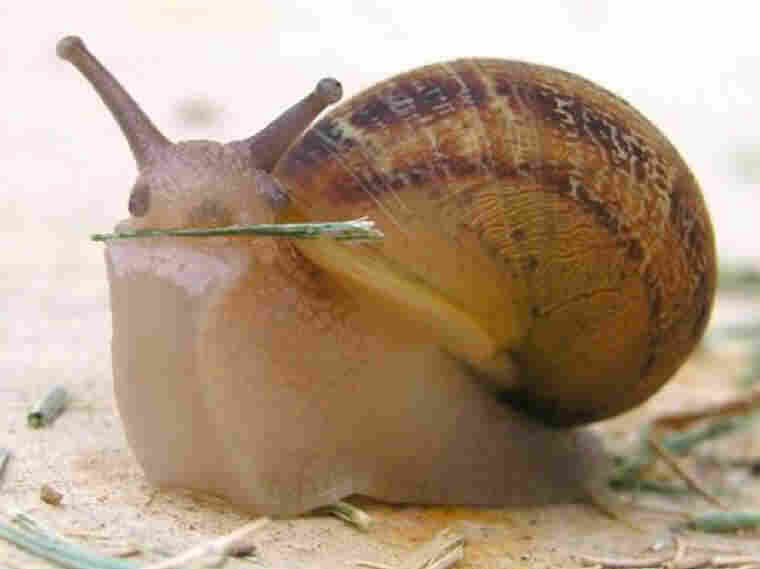 Enlarge this image
via all-creatures.org 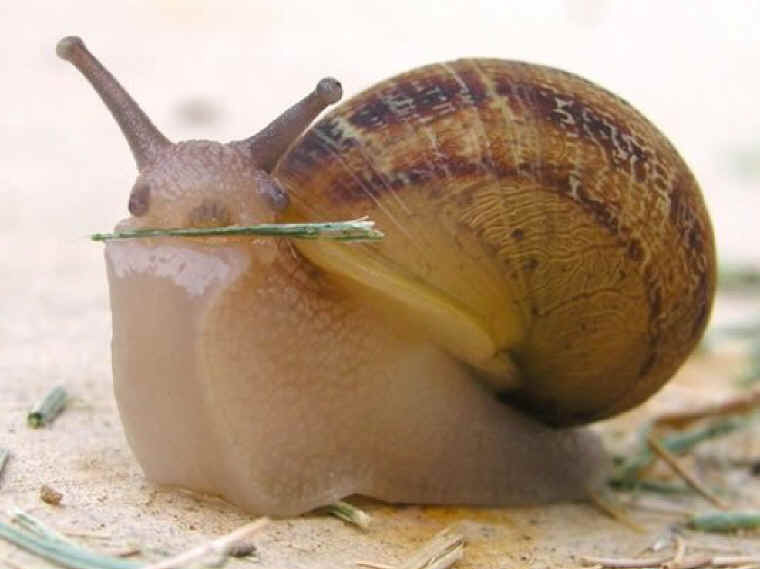 She was 34, on a trip to Europe, got sick from a flu or maybe it was a virus, had to lie down and stay in bed — for months and months. A friend brought her a snail. You might enjoy its company, she was told.

"Why, I wondered, would I enjoy a snail?," Elisabeth Tova Bailey asks in her book The Sound of a Wild Snail Eating. "What on earth would I do with it?"

The snail stayed. It was placed in a little glass bowl on her night table, where, for a while, it ... well, Elisabeth had no idea what it was doing. Snails are nocturnal. Whatever they do, they usually do it in the dark. But then, one very quiet night ... 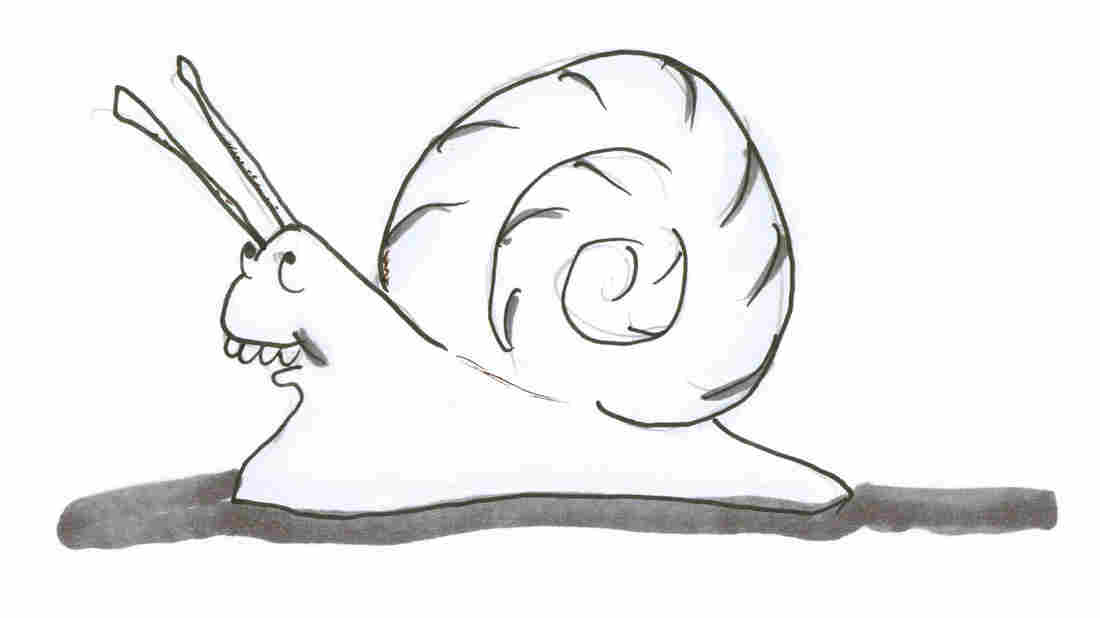 ... "I could hear it eating," she writes. "The sound was of someone very small munching celery continuously." She turned sideways and saw it, stretched out of its shell, hanging onto a wild flower (a violet) taken from the woods, and "I watched, transfixed, as over the course of an hour the snail meticulously ate an entire purple petal for dinner."

Snails in quiet rooms are noisy eaters. The sound they make suggests ripping, tearing — but with what? Do snails have teeth? It turns out, they do. 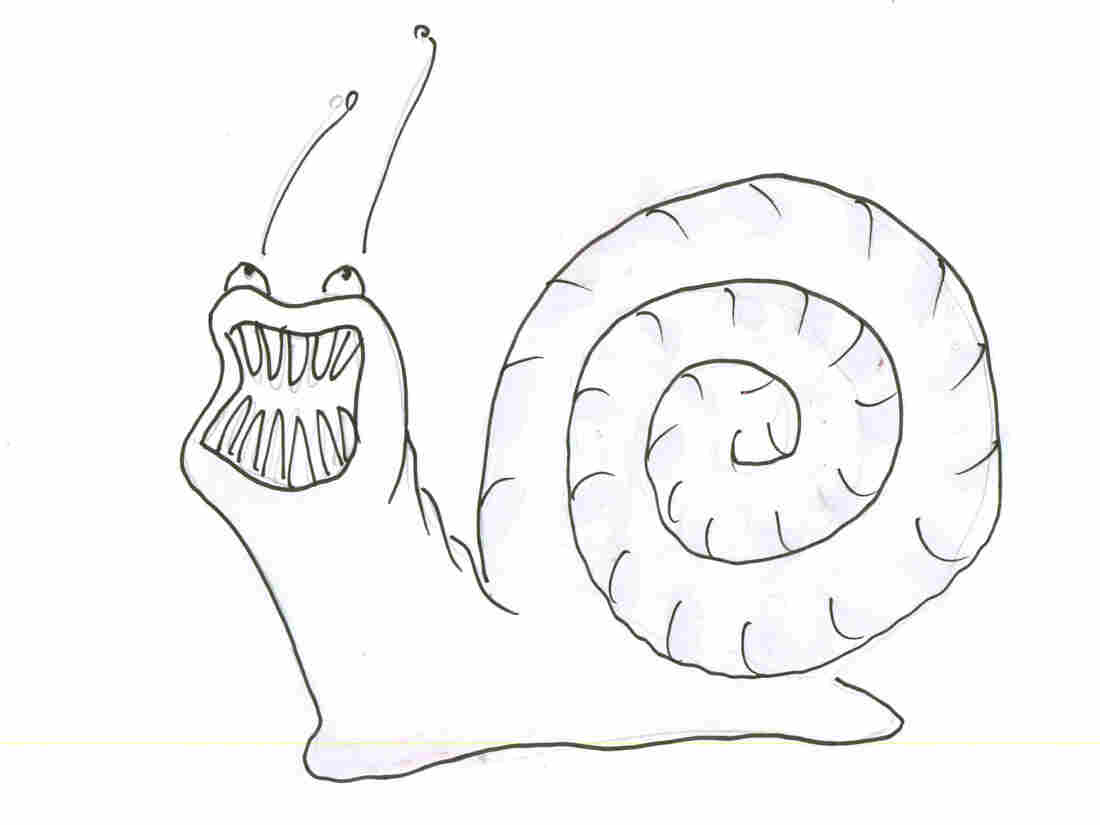 "My snail," Elizabeth learned, "possessed around 2,640 teeth ... The teeth point inward so as to give the snail a firm grasp on its food; with about 33 teeth per row and maybe 80 or so rows, they form a multitoothed ribbon called a radula."

That's lots of teeth. Which are forward in the mouth, and, it seems, retractable. 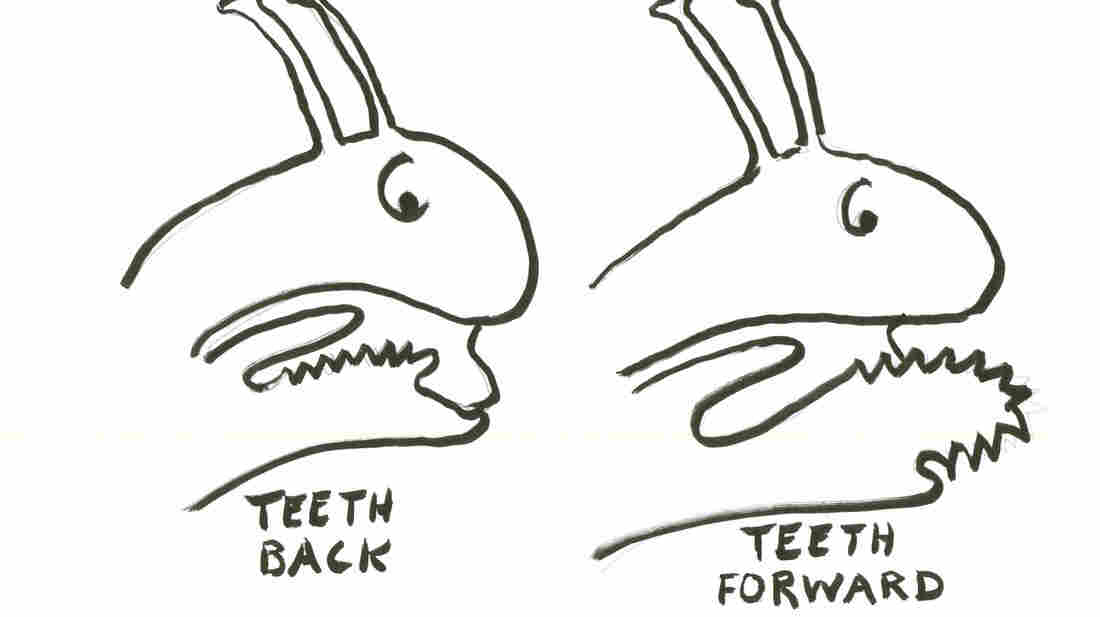 Aristotle noticed this in the fourth century, B.C. Snail teeth, he said, are "sharp and small and delicate." They also continuously fall out.

"As the front row of teeth gets worn down," Elisabeth writes, "a fresh new row is added at the back and the radula slowly moves forward, being completely replaced over the course of four to six weeks." 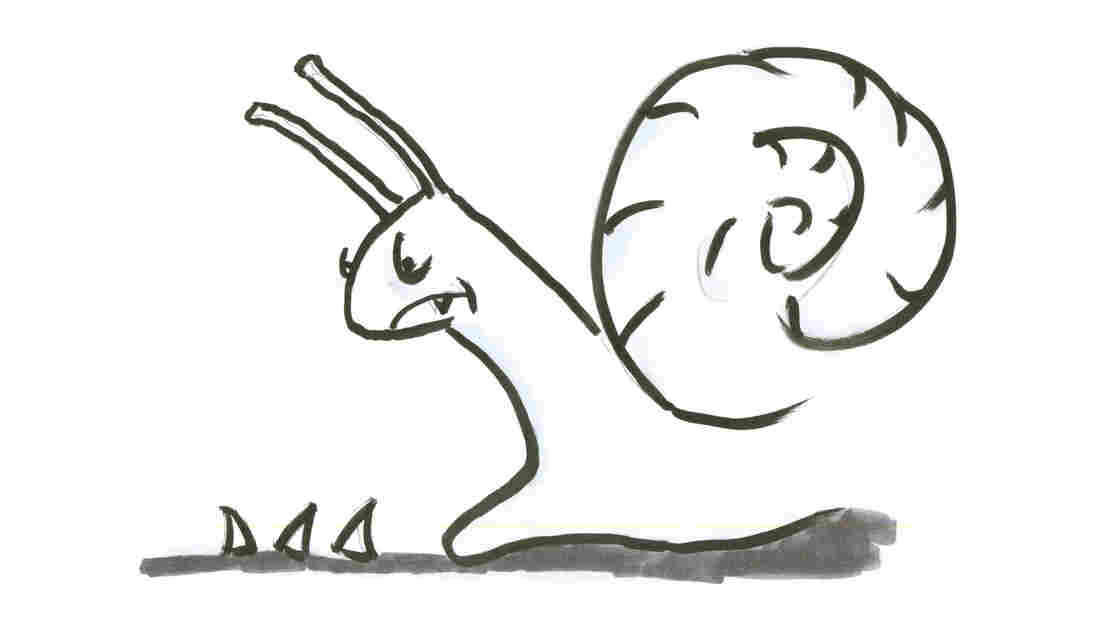 Many of us have heard about tooth rotation — but in other animals. Sharks famously have rows of teeth that fall out when they're used up. According to one authority "some sharks use up over 30,000 teeth in their lifetime. That's roughly 937 times the number of teeth the average human has." Crocodiles, too. "A single crocodile" says Wikipedia, "can go through at least 3,000 teeth in its lifetime." Most recently, Michael D'Emic and colleagues at Stony Brook University reported that one of the largest dinosaurs, the plant eating sauropod, also constantly dropped teeth. 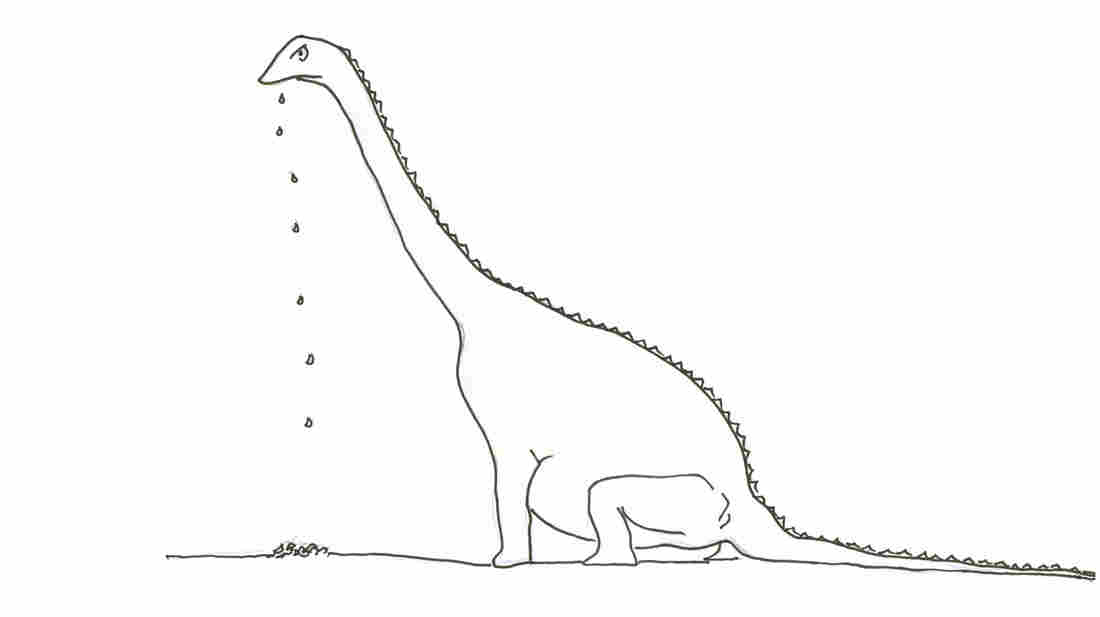 Sauropods didn't chew their food, but, like snails, they ripped leaves into small bits and swallowed. All that ripping wore down their teeth, requiring continuous and automatic replacement. "A nearly 100-foot-long sauropod would have had a fresh tooth in each position about every one to two months, sometimes less," D'Emic told Science Daily.

So do-it-yourself dentistry is actually common in the animal kingdom, but for some reason I never thought about snails doing this. Not just snails, but all gastropods — thousands of differently sized snails and slugs. Thinking about it, Elizabeth has decided theirs is a better system than ours.

Being a mere person, she writes, "with only thirty-two adult teeth, which had to last the rest of my life, I found myself experiencing tooth envy toward my gastropod companion. It seemed far more sensible to belong to a species that had evolved natural tooth replacement than to belong to one that had developed the dental profession."

All of us who aren't dentists would no doubt agree. That's why you never see snail pictures in dentists' waiting rooms.

Elisabeth Tova Bailey won the 2012 William Saroyan International Prize for her book about her snail. The Sound of a Wild Snail Eating is short, gentle, and a lovely read.