Accessibility links
Watch Me Do Something Impossible In Three Totally Easy Steps : Krulwich Wonders... What happens when your brain plays a trick on you, and you can't not believe it? Our brains, it turns out, are not prisoners of the world we live in. We can, any time we like, create the impossible ... at least on paper.

Watch Me Do Something Impossible In Three Totally Easy Steps

Watch Me Do Something Impossible In Three Totally Easy Steps

Here's what the Swedish artist Oscar Reutersvard did. In 1934, he got himself a pen and paper and drew four cubes, like this. 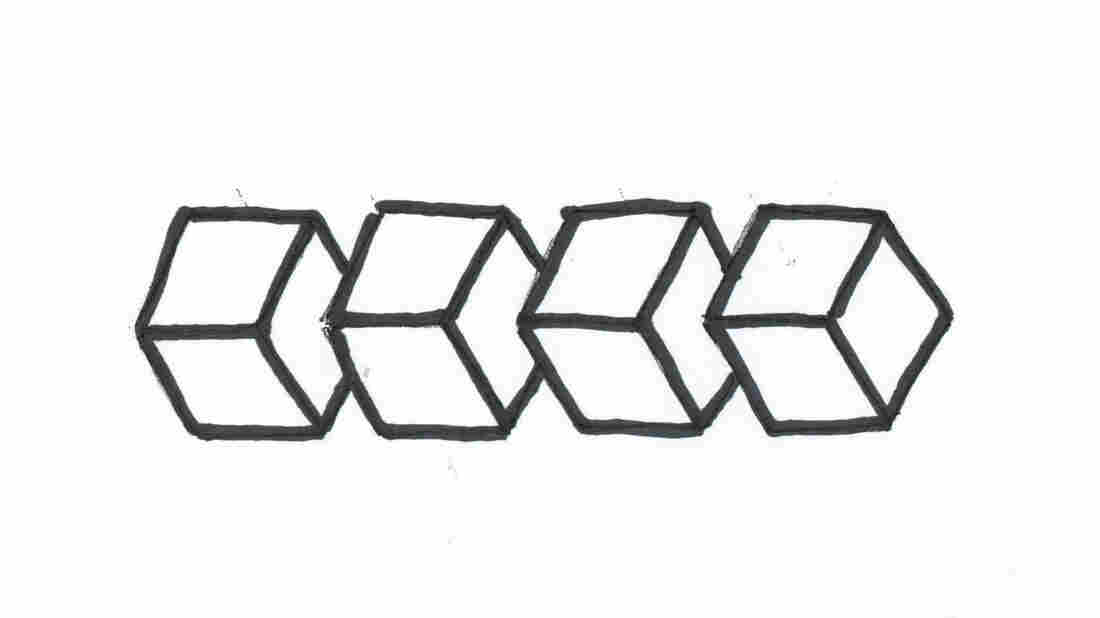 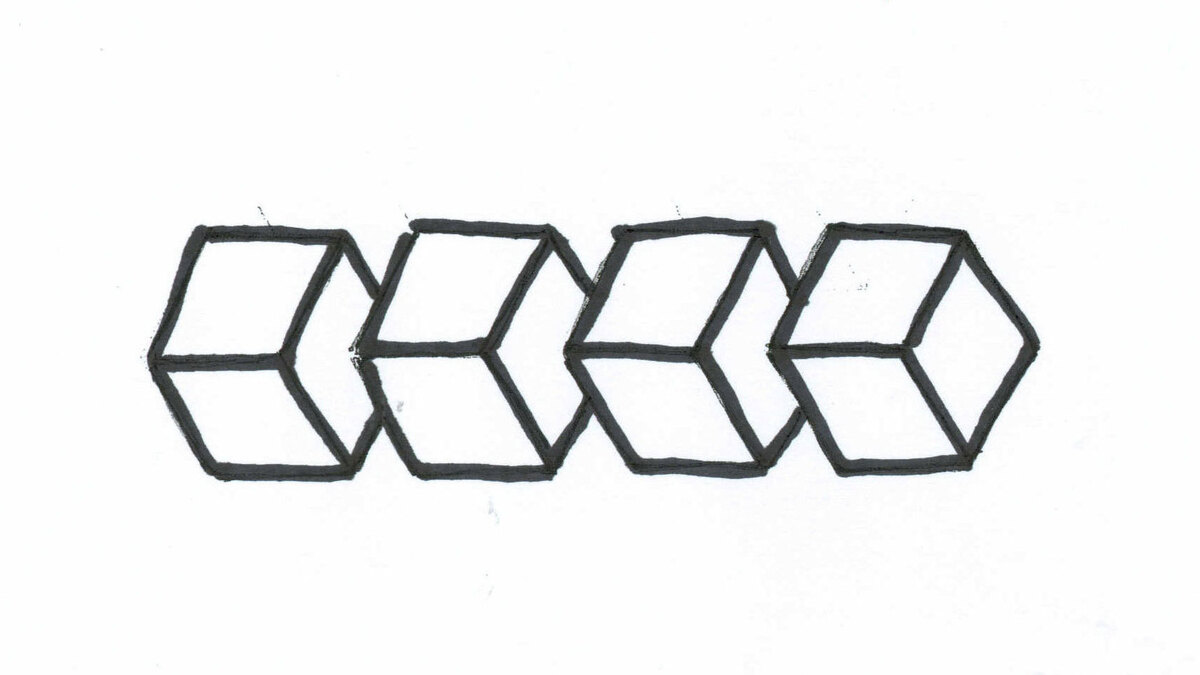 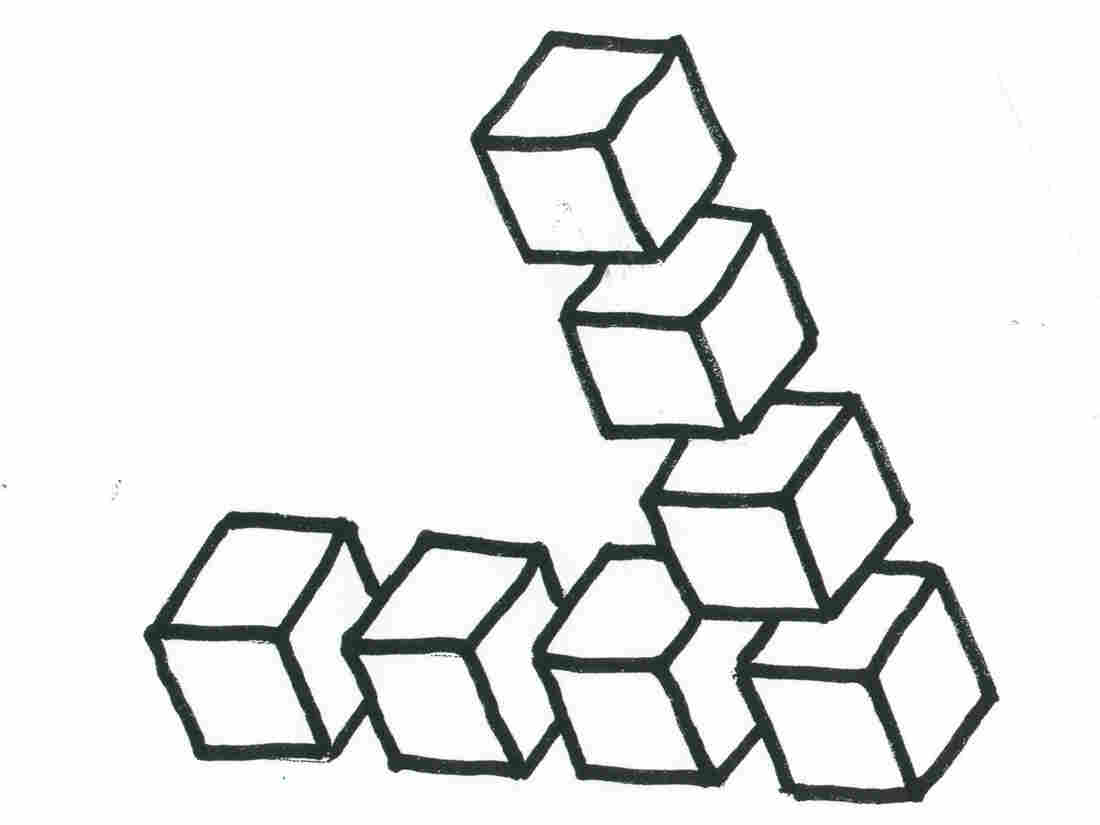 And, then — and this is where he got mischievous — he drew one more set, like this. 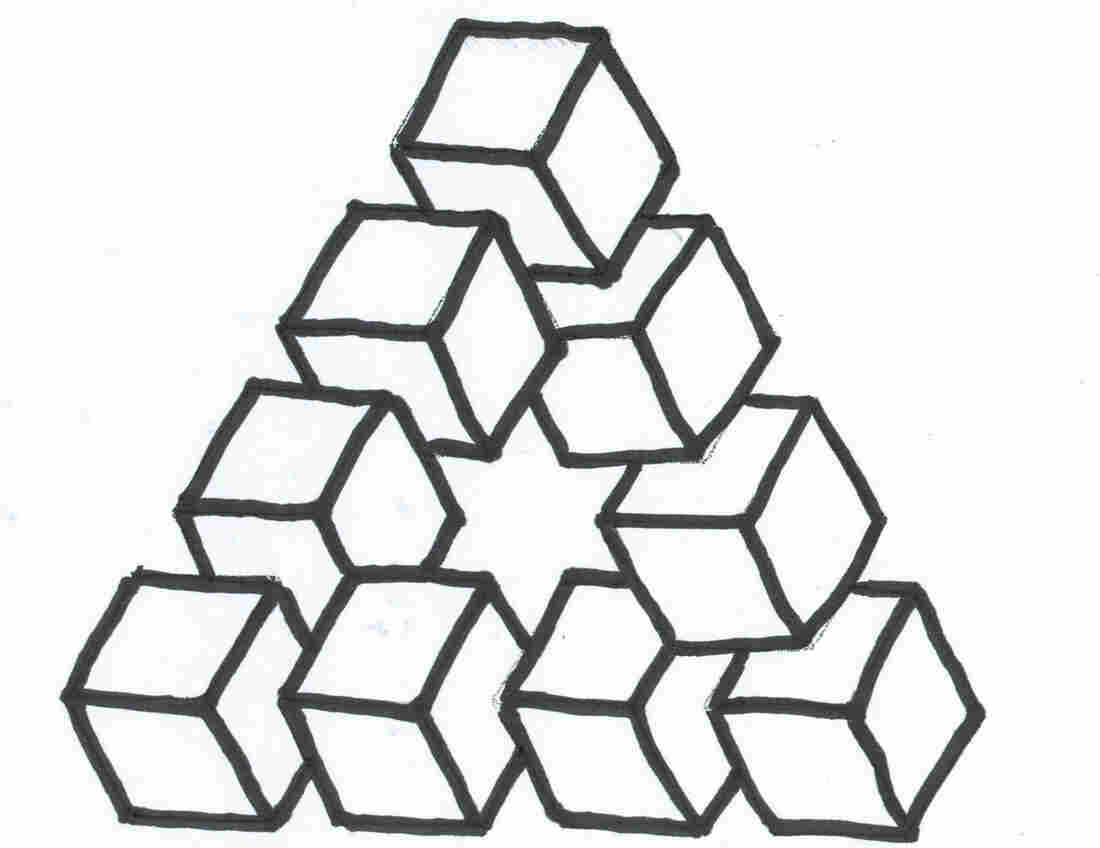 He called this final version "Impossible Triangle of Opus 1 No. 293aa." I don't know what the "293aa" is about, but he was right about "impossible." An arrangement like this cannot take place in the physical universe as we know it.

You follow the bottom row along with your eyes, then add another row, but when the third row pops in, where are you?

Nowhere you have ever been before. At some step in the process you've been tricked, but it's very, very hard to say where the trick is, because what's happening is your brain wants to see all these boxes as units of a single triangle and while the parts simply won't gel, your brain insists on seeing them as a whole. It's YOU who's playing the trick, and you can't un-be you. So you are your own prisoner.

But when you think about for a bit, it's the opposite, it's a release. Twenty years later, the mathematician/physicist Roger Penrose (and his dad, psychologist Lionel Penrose) did it again. They hadn't seen Reutersvard's triangle. Theirs was drawn in perspective, which makes it even more challenging. Here's my version of their Penrose Triangle. 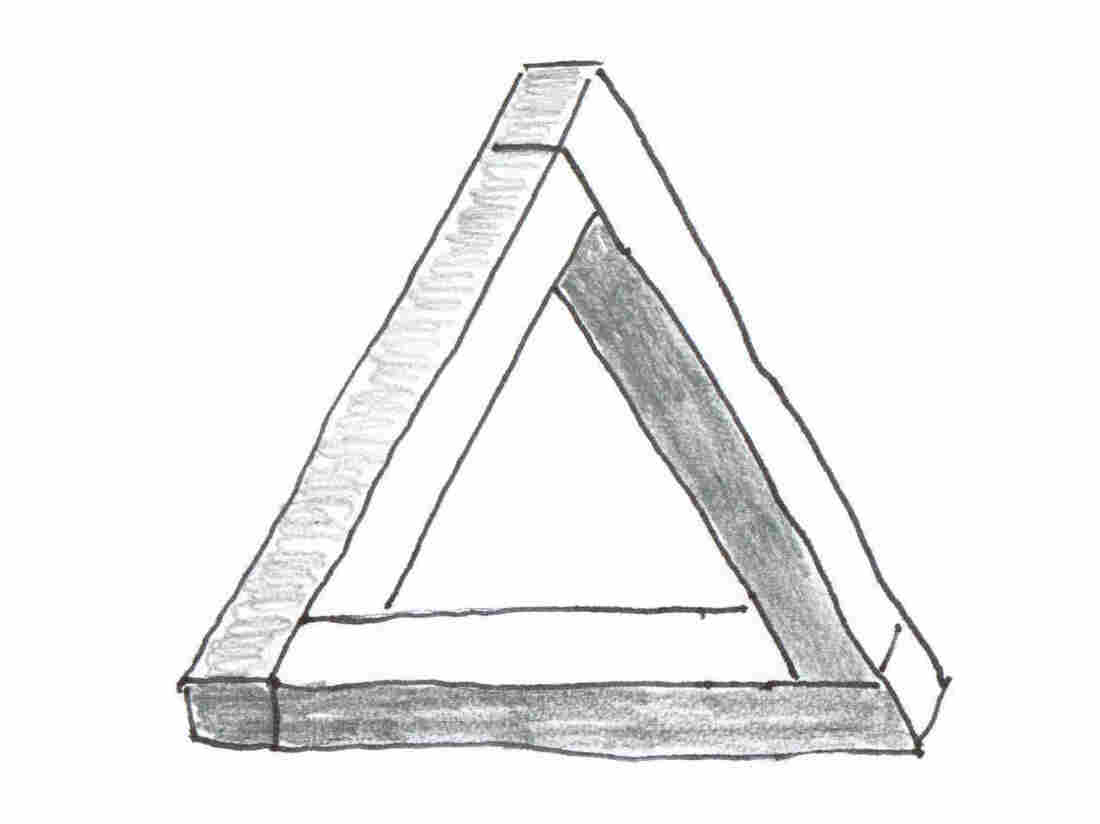 What's cool about this? I'm going to paraphrase science writer John D. Barrow, who has written about these triangles in several places: We know that these drawings can't exist in the physical world. Even as we look at them, particularly when we look at them, we know they are impossible. And yet, we can imagine them anyway. Our brains, it turns out, are not prisoners of the world we live in; we can fly free! We can, any time we like, create the impossible.

These triangles prove it. We don't feel crazy when we look at them, we laugh. We sense we've just stolen something or seen something that can't be out there in the world, and yet, here it is! As John Barrow puts it:

You find versions of "impossible triangles" in M.C. Escher's drawings, of course, but variants turn up in Lewis Carroll's Alice in Wonderland stories, in Jorge Luis Borges, in Breugel, in Magritte. We may be the only creatures on Earth that can break the rules this way. One of the most wonderful thing about the human mind, I think, is it can contradict itself, like this: 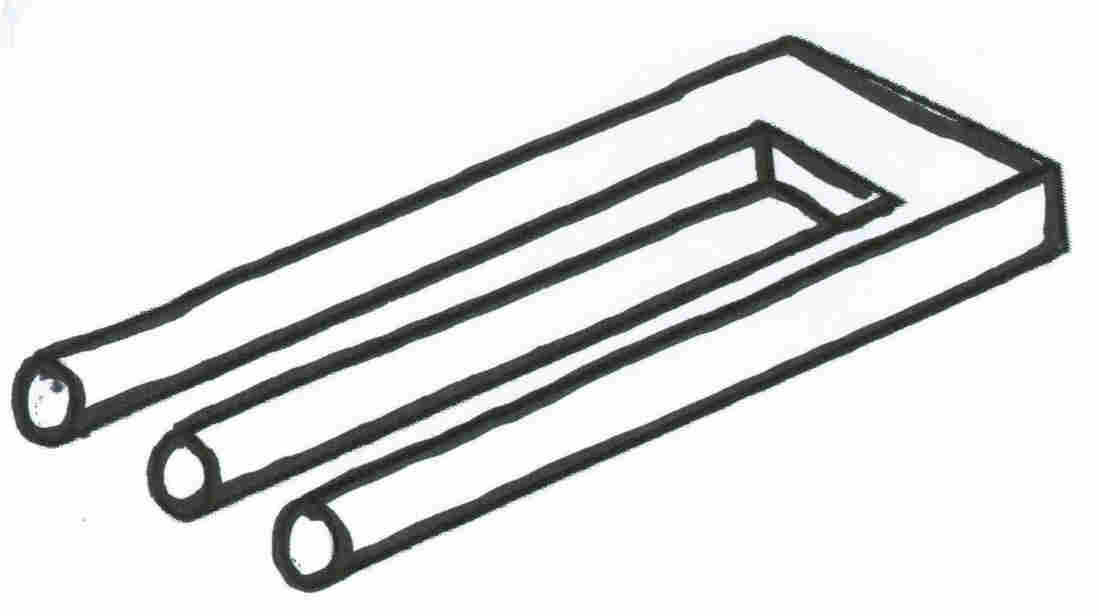 John D. Barrow has written about impossible triangles in his 1999 book Impossibility: The Limits of Science and the Science of Limits. He's also included some in his picture book Cosmic Imagery: Key Images in the History of Science. He's a professor of mathematical sciences and director of the Millennium Mathematics Project at Cambridge University.