Accessibility links
Can Worms Create Their Own Imaginary Oceans? Can Oysters? : Krulwich Wonders... What happens if you take a beach creature, a little worm, or an oyster, and move it to an aquarium far from the sea? Will it still imagine tides? Yes, it will. But whose tides will wake it up every day, get it moving? The tides back home? Or the tides — even if there aren't any — in its new time zone? A puzzle.

Can Worms Create Their Own Imaginary Oceans? Can Oysters?

Can Worms Create Their Own Imaginary Oceans? Can Oysters?

When you see them on the beach, spinach-like plops of green sprawled on the sand, you'd never guess their teeny nervous systems are imprinted with beach-ness. They are the ultimate Beach Boys. For them it's always summer. 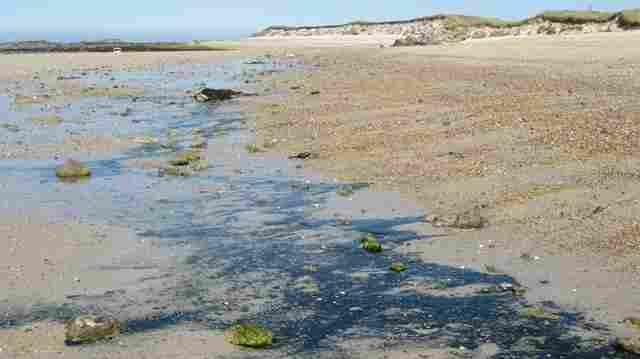 They don't look like it at first, but they are worms. Little, flat and slithery, they clump like seaweed along the Atlantic coast in Britain, France and Spain. If you step too close, says science writer Caspar Henderson, they're shy, and will quickly dig themselves a hole and hide. But if you keep a respectful distance, they will do what they are built to do: worship the sun. Not just because they like being warm; no. For them a sunbath is a free lunch. Literally. 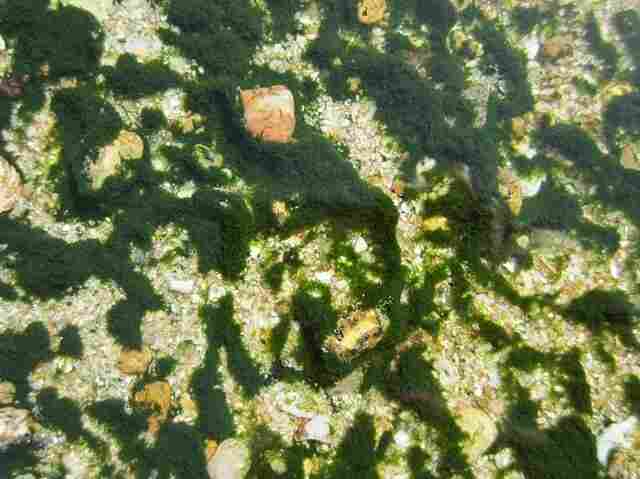 When they were baby worms, some of them swallowed algae, turning them a brilliant green. Then, when the tide goes out, they lay like sunbathers and let the algae photosynthesize, producing the food the worms need. Basically, these worms do the opposite of ordering out for lunch. They "order in." 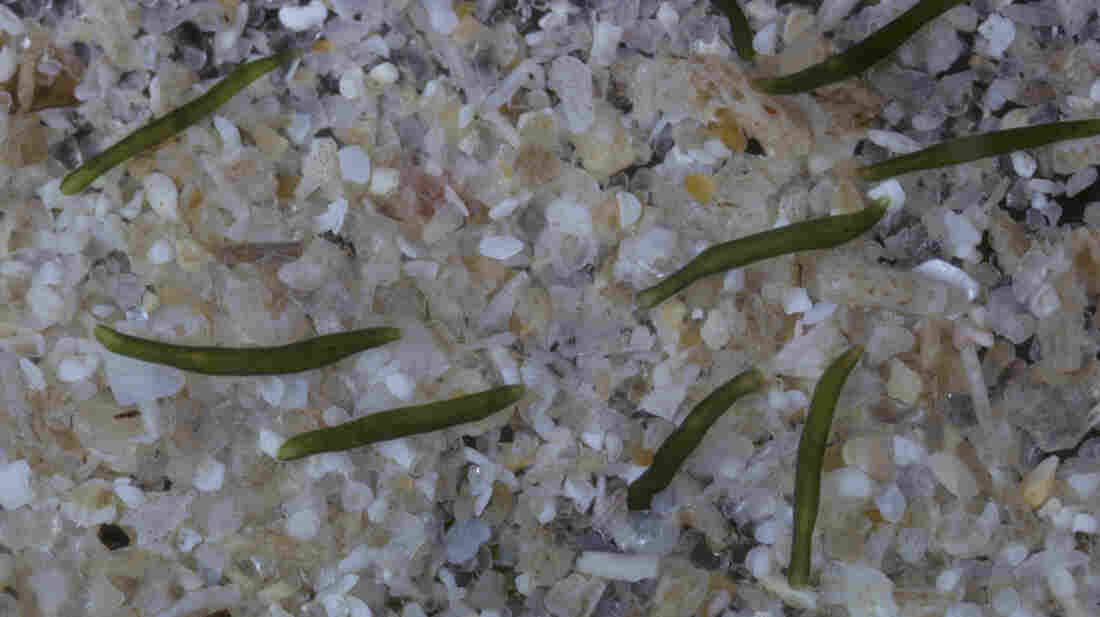 They will lay there when the sun is up and the tide is down, usually two times every day. In between, when the tide rolls in, they burrow down into the sand and wait for another chance to climb back up and sunbathe again.

Now comes the really cool part. In his Book of Barely Imagined Beings, Caspar Henderson writes that if you take these worms home to your aquarium, they still act as if they're on the beach. Twice a day, no matter how far you are from any ocean, they will wriggle up in their new sandboxes and try to sun themselves.

In her book The Sea Around Us, Rachel Carson admired this about Convoluta:

"Without a brain, or what we would call a memory, or even any very clear perception, Convoluta continues to live out its life in this alien place, remembering, in every fiber of its small green body, the tidal rhythm of the distant sea."

A question now: If you're a Convoluta removed from your native beach ... you're a French beach worm, born, say, on the shores of Brittany, and some aquarium owner moves you to, oh, Istanbul — a year later, will you switch and start keeping Turkish time or will you stay loyal to France? Whose tides will rise and fall in your little brain?

I looked around for answers, and while I found nothing for Convoluta, I did discover a study about oysters, oysters yanked from Connecticut and plopped into aquariums in Chicago. Writer Barbara Kingsolver mentions it in a famous essay. As she says, "one story takes the cake."

F. A. Brown, a researcher who is more or less the grandfather of the biological clock, set about in 1954 to track the cycles of intertidal oysters. He scooped his subjects from the clammy coast of Connecticut and moved them into the basement of a laboratory in landlocked Illinois. For the first fifteen days in their new aquariums, the oysters kept right up with their normal intertidal behavior: they spent time shut away in their shells, and time with their mouths wide open, siphoning their briny bath for the plankton that sustained them, as the tides ebbed and flowed on the distant Connecticut shore.

In the next two weeks, they made a mystifying shift. They still carried out their cycles in unison, and were regular as the tides, but their high-tide behavior didn't coincide with high tide in Connecticut, or for that matter California, or any other tidal charts known to science. It dawned on the researchers after some calculations that the oysters were responding to high tide in Chicago. Never mind that the gentle mollusks lived in glass boxes in the basement of a steel-and-cement building. Nor that Chicago has no ocean. In the circumstances, the oysters were doing their best

The suggestion here — and at this point, it's no more than a guess — is that beach-loving creatures will always imagine themselves on a beach, but give them time, give them room, the beach they imagine can be truly imaginary ... a sea that rises and falls, and exists nowhere on earth, but in their joyous little brains.

Barbara Kingsolver's essay describes a crab she found in Bermuda (dubbed "Buster"). She brought it home to her house in Arizona, gave it an aquarium and noticed that while it started off living as though it were a Bermudan, gradually it shifted to Arizona time, and seemed to be imagining, as she put it, a "high tide in Tucson." Her lovely essay of that name is now part of a collection.