What Chickadees Have That I Want. Badly

What Chickadees Have That I Want. Badly

I have this extraordinary ability to not remember where my keys are. It's uncanny. Every morning, I lock the front door, step away, fall into a 2 ½ second trance during which I place my keys in lord-knows-which pocket, even if a second earlier I was saying to myself, "OK, remember where you put your keys." But I don't. Which is why, around this time of year, I envy chickadees. They've solved this problem. 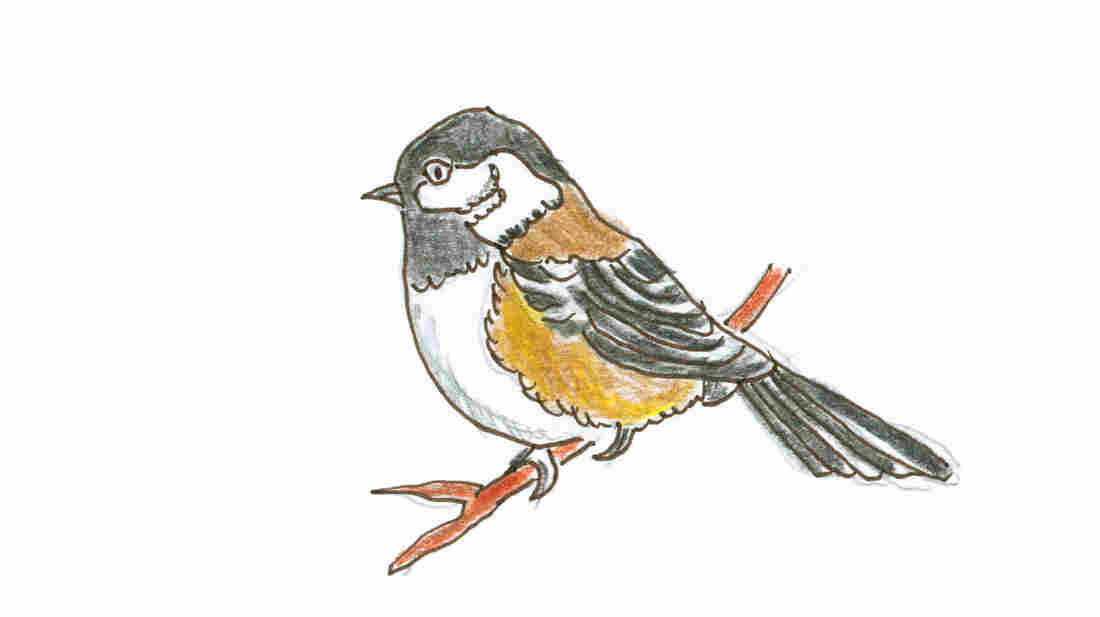 You know these birds. Here in the Northeast, they are everywhere, and they stick around during the winter. The "black-capped" ones are most familiar, with two-tone heads that make them look like masked bank robbers. The thing about them is that in the late fall, they have an enormous amount of remembering to do.

Starting in October, they are busy flying around their territory — which can cover about 10 square miles — gathering seeds from fruiting bushes and trees, and then caching them, storing them, in hundreds and hundreds of hiding places. So if you're a chickadee you have to remember ... (I've marked the spots in red) ... 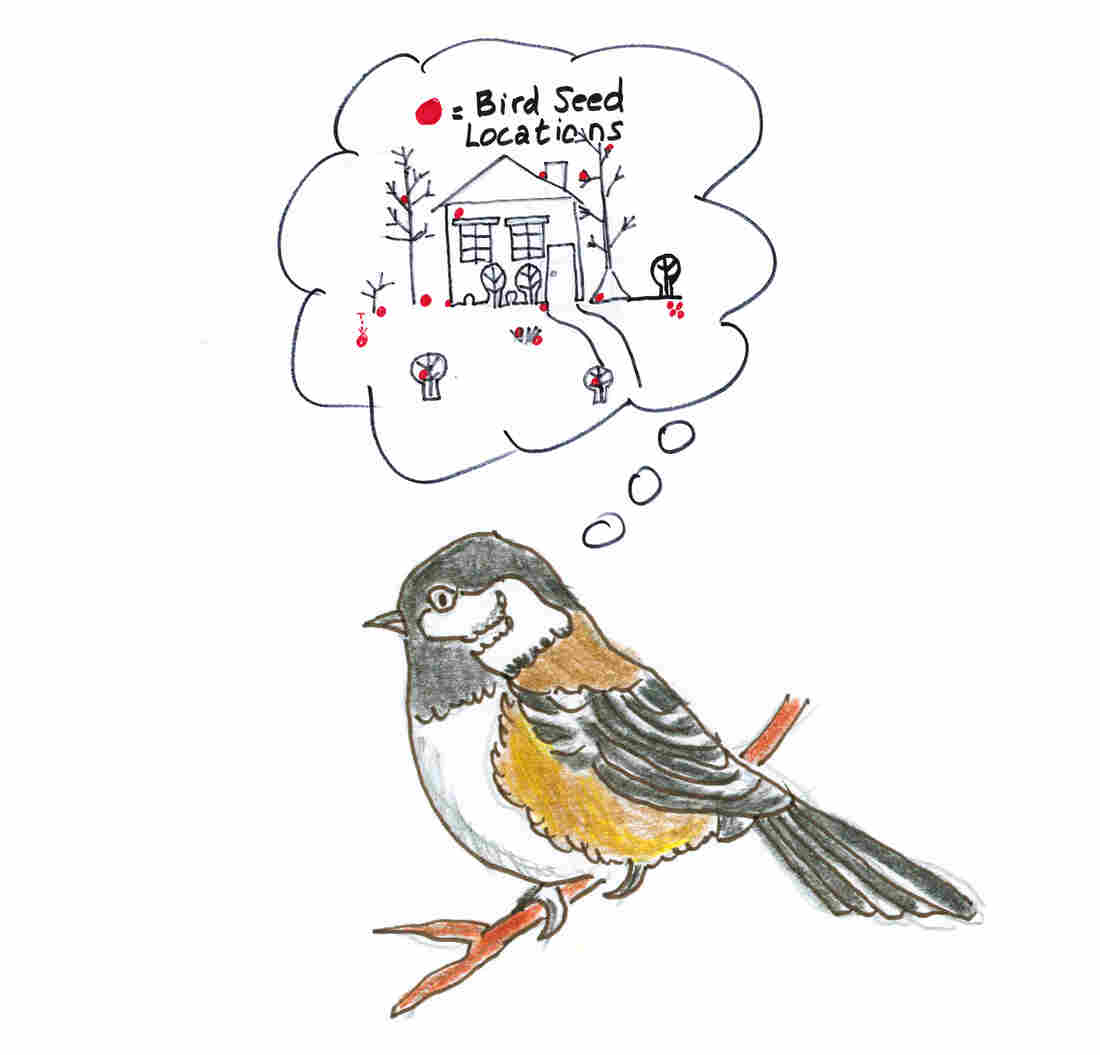 ... that you left seeds on the upper-left window sill of a particular house, also on the upside of that house's chimney, also between twigs two and three on the tree on the right side of that house, and on and on, creating a list so long (especially compared to my own paltry four pockets) that it would make my head explode.

Which is, by the way, what happens to chickadees' heads. They (almost literally) explode. Every fall.

According to professor Diane Lee at Cal State University, Long Beach, every fall the part of the chickadee's brain responsible for remembering where things are expands in volume by approximately 30 percent, stays big during the winter, and then shrinks back in the spring.

Let me say that again: They grow more brain when they need to remember things; then shrink that brain when the "remembering" season ends. 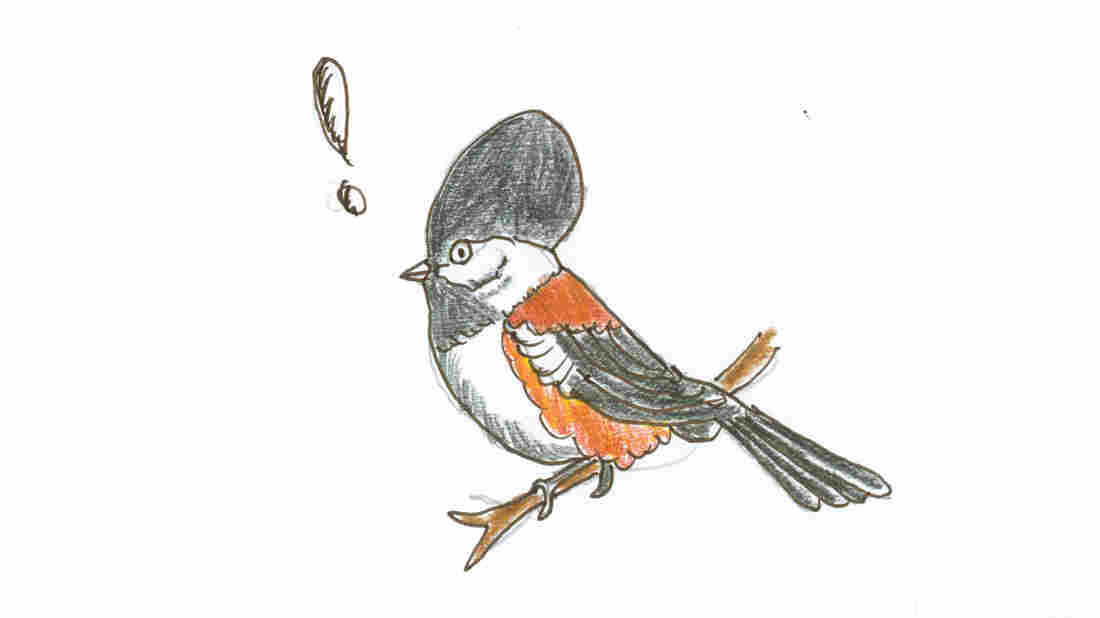 Diane says that while the overall size of the brain might grow a little, the real change is in the number of neurons, or brain cells. When the bird thinks, "OK, I've just put some sunflower seeds under this brick," new brain cells (and new connections between those cells) spring into being and become a memory. If you count the cells in a chickadee brain before the fall, and then count them after, Diane wrote me, "the number of neurons definitely goes up in the hippocampus, and a number of us have confirmed that (including my lab)."

What Seed? What Brick?

After winter is over, the bird will erase those connections, and all memory of the sunflower-seed-under-the-brick disappears. Sort of like your memory of the room you stayed in at the Days Inn four months ago. If don't use it, you lose it. But in the chickadee's case, the brain itself, its cellular count, shrinks. Thirty percent is a lot of shrinkage. (Or, as winter comes on, a lot of extra capacity.)

So these birds have, in effect, elastic brains. Only certain birds have this ability (some to cache food in the fall; some, like the canary, to learn songs in the spring.)

Twenty years ago, this was an astonishing notion. When neuroscientist Fernando Nottebohm first described cell growth in chickadees back in 1994, brain scientists thought, "This can't be." They believed that animals didn't add brain cells once they became adults, that a mature brain stays the same. But we now know that's not true — not true of us, and not true of chickadees.

But, while humans can also grow new brain cells in adulthood, it seems to me, especially when I'm standing at my door every evening searching pockets, that we could grow a few more.

To be blunt: I want what the chickadee's got.