Accessibility links
The Right Way To Hug A Lion : Krulwich Wonders... You can cuddle them, live with them, protect them, but when animals look at you — even when they're purring or licking your face — what's really going on in their heads? In yours? A cartoonist explores this question.

The Right Way To Hug A Lion

The Right Way To Hug A Lion 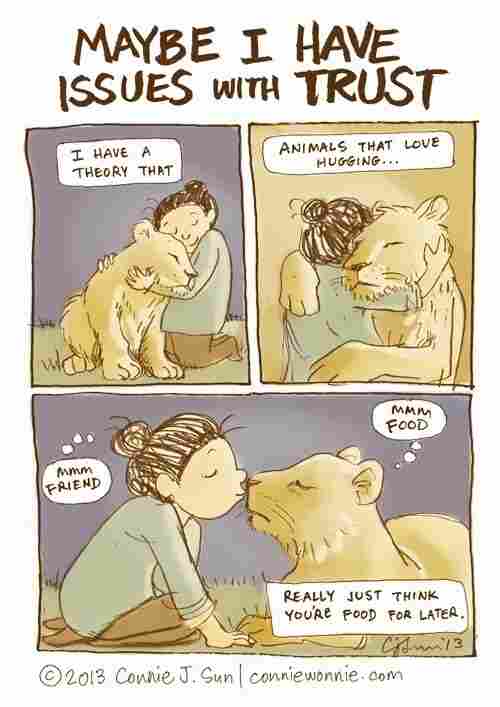 There are different ways to think about animals. One way is to imagine them totally separate, not attaching to us, ever. "They are not brethren," wrote the great naturalist Henry Beston, "they are not underlings. They are other nations, caught with ourselves in the net of life and time." Animals and people, Beston thought, live in their own worlds while sharing the same streets, meadows, skies, homes. We mingle, but the gap between us is not crossable.

Or, if you like, you can think of animals as pretend friends. You can tiptoe closer in, knowing full well they are not us, but still talk to them, share with them, give them a hug because (whatever is really going on) it feels good. That's what cartoonist Connie Sun does all the time in her gentle strip connie to the wonnie. She nuzzles, she hugs all kinds of animals, but she knows that what she's doing isn't loving.

"My fascination with animals might just be anthropomorphic," she told The Rumpus. "I grew up in the suburbs of Los Angeles and we didn't have pets — so I don't have much hands-on experience with animals." It's a delicate line, loving not the creature, but loving what you need that creature to be. For Connie, the animals she invents are like Rorschachs that allow her to explore and inspect herself. And the cool thing is, her projections feel like overreaching (and, hiding her smile, she knows it). She sees animals doing things, and thinks, "Me too!" but she can't pull it off: 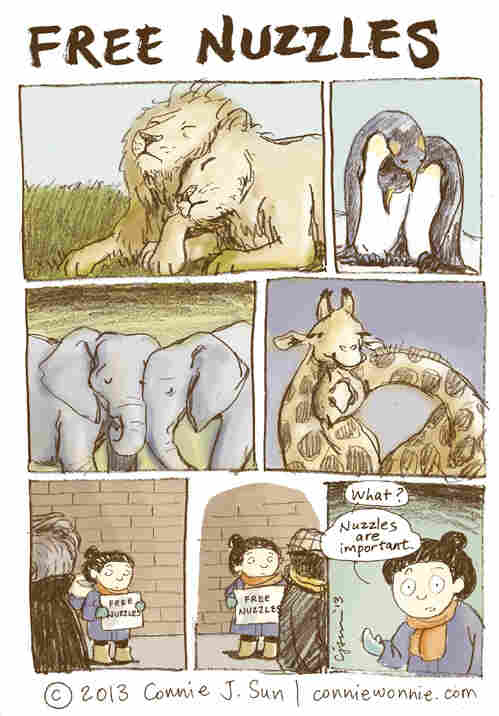 She tries getting into their heads, but it doesn't come out quite right: 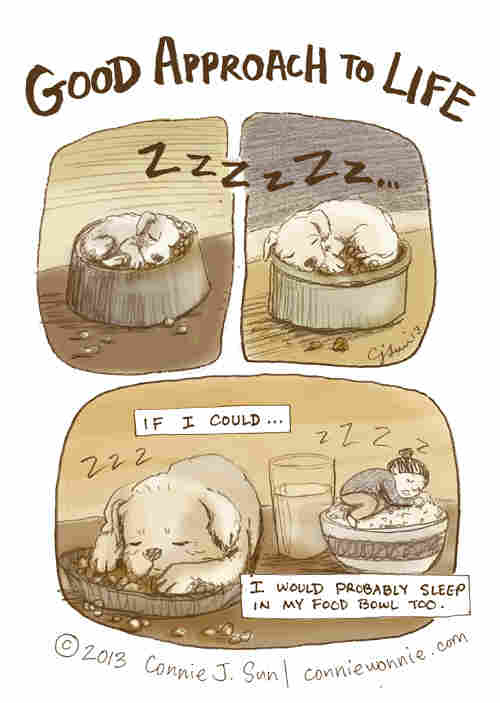 They pity her, just a little: 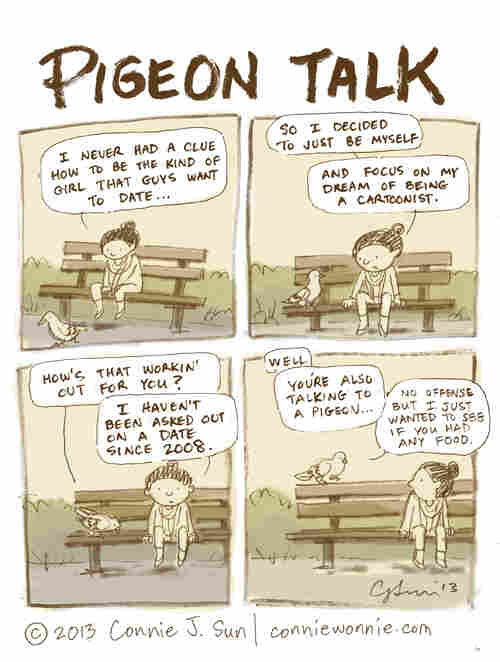 And she pities them ... just a little:

But she knows not to believe they are her friends. She knows they are in their own place, their own world. Connie Sun is a gentler, updated Henry Beston. Animals (all of them, including us, she suggests) are fascinating, sometimes huggable — but be careful about trusting them. Animals are dangerous: 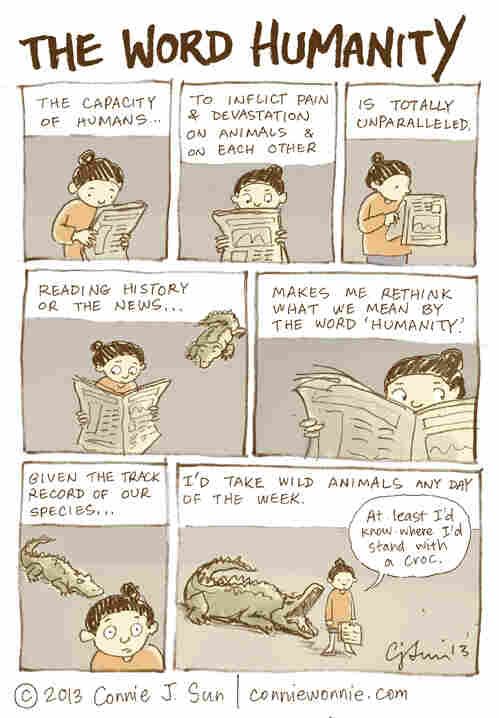 Here's Henry Beston's full quotation from The Outermost House: A Year of Life on the Great Beach of Cape Cod: "We need another and a wiser and perhaps a more mystical concept of animals. In a world older and more complete than ours they move finished and complete, gifted with extensions of the senses we have lost or never attained, living by voices we shall never hear. They are not brethren, they are not underlings; they are other nations, caught with ourselves in the net of life and time, fellow prisoners of the splendour and travail of the earth."