Accessibility links
Who's Got A Pregnant Brain? : Krulwich Wonders... Something happened to dolphins. Then it happened to humans. Both creatures had good-sized brains when, for reasons no one truly understands, dolphin brains suddenly got larger and larger, until — 15 million years ago — they stopped growing. Two million years ago it was our turn. Our brains went from the size of an orange to the size of a cantaloupe. Why the start? Why the stop? Who's next?

Who's Got A Pregnant Brain?

Who's Got A Pregnant Brain?

Imagine a couple of million years ago, a curious young alien from the planet Zantar — let's call him a grad student — lands on Earth, looks around and asks, "Who's the brainiest critter on this planet? Relative to body size, who's got the biggest brain?" 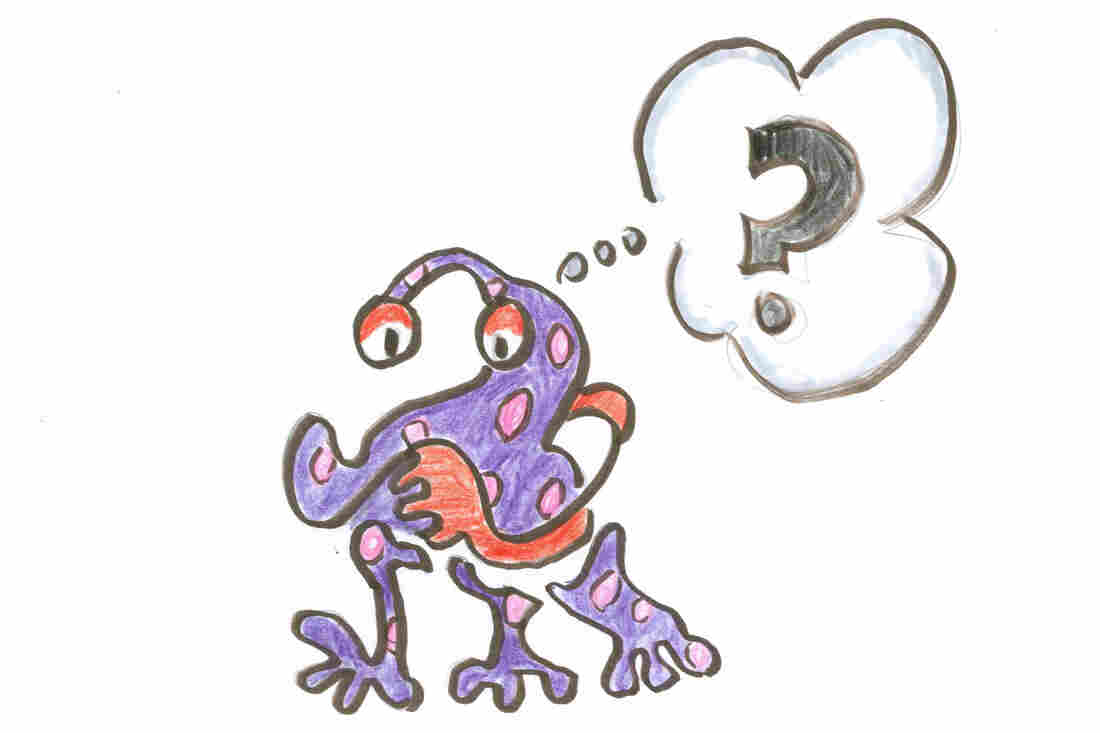 The answer, back then, would not have been us. (Two million years ago, apes — even walking ones — had much smaller brains.) The brainiest weren't ancestral crows or parrots or magpies or ravens or elephants or colonies of ants or bees or termites. The Earthlings with the biggest brains back then were dolphins (and certain whales). The Zantarian grad student would have wanted to meet them. 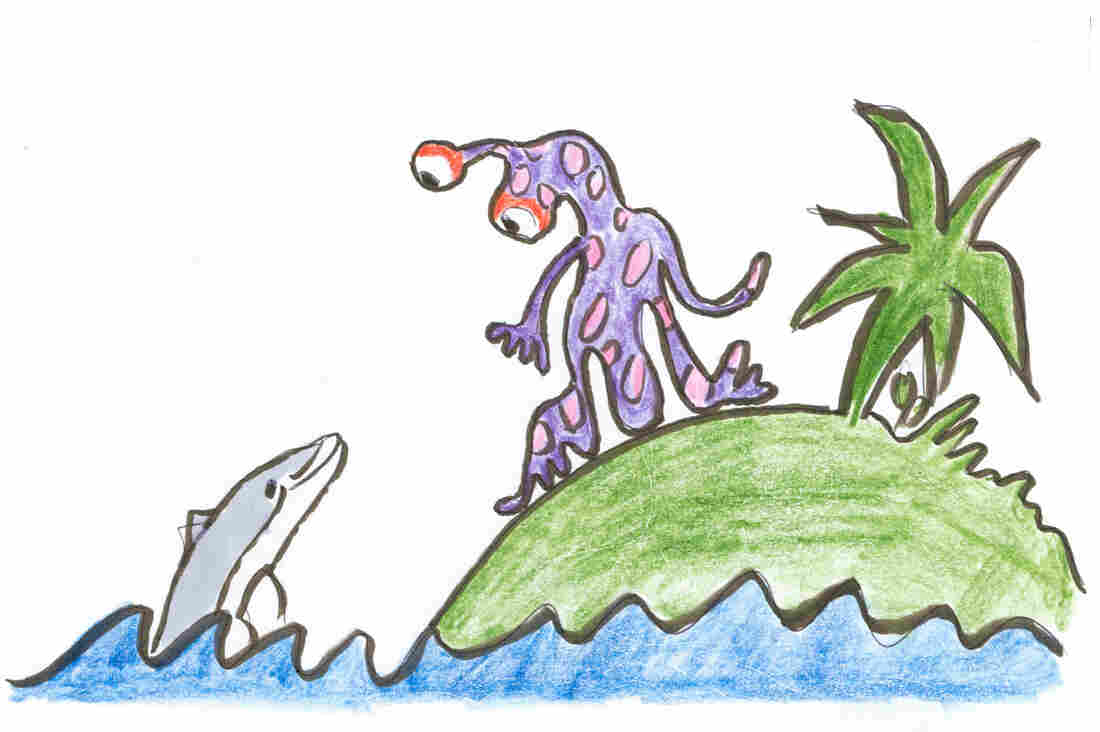 But had the grad student arrived earlier, dolphins wouldn't have been the champs, because evolution is always changing life. Lori Marino, at Emory University in Atlanta, has been studying fossilized brains. And looking back, she sees sudden spurts of brain growth in different animals.

"[T]he most dramatic increase in brain-to-body ratio in dolphins and toothed whales occurred 35 million years ago," she tells Chris Impey, the astronomer and writer, in his book Talking About Life. Something happened to make their medium-sized brains bigger, Lori says, then bigger still. For 20 million years certain dolphin species kept their brains growing until — just as mysteriously as it started — about 15 million years ago, they stopped.

Why? Had the dolphins answered some secret dolphin question? Figured out a puzzle? Adapted to an environmental change? Gotten tired? Hit a limit? What? 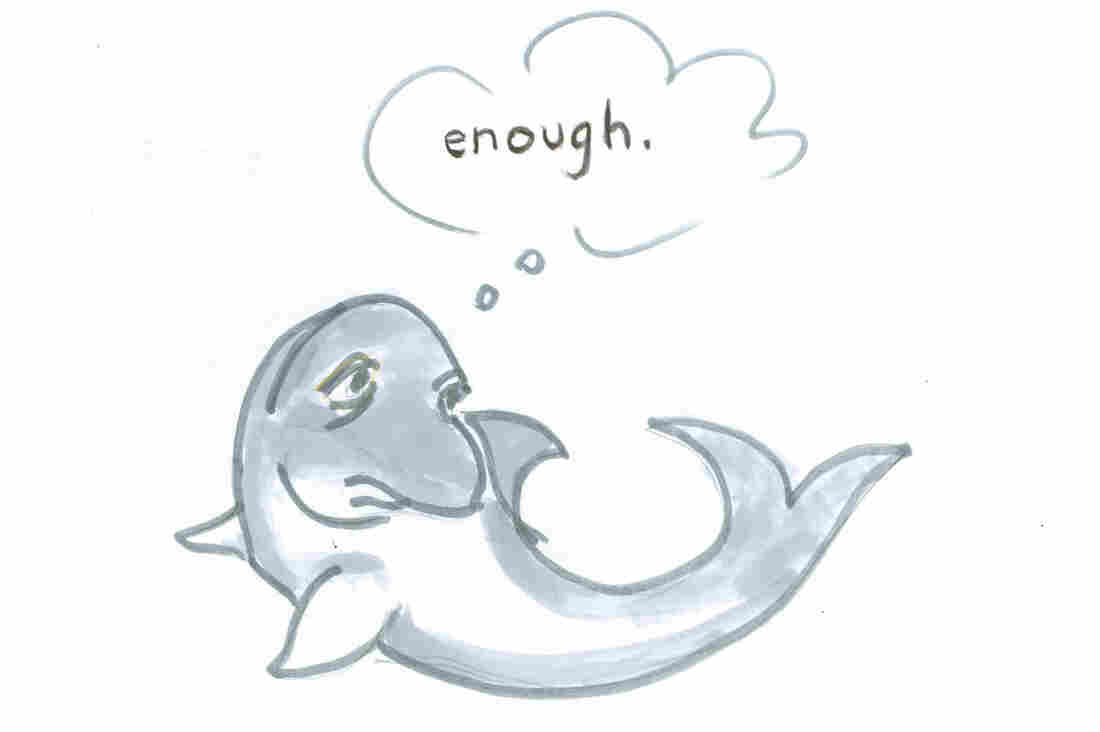 "That's the $6 million question," Lori tells Chris. We don't know. We do know, however, that dolphins aren't the only ones. The same thing happened to us.

About 2 million years ago, certain species of walking ape (including the line that became us) also had a sudden brain change. In 700,000 years, brains in us (and in kindred walking apes) jumped in volume 2 1/2 times, going from roughly orange-sized to the size of a cantaloupe. Our brains got so big, we moved right past the dolphins, so we are now the brainiest.

Our heads got so big so fast that it became a problem for our human mothers. In most apes, a pregnancy lasts 12 months, but in humans, babies are born at nine months, while their heads are small enough to make it through the birth canal. And then, once they're out and about, their heads continue to grow at a rapid pace. Chimp babies don't experience the same growth once they're born. We, however, when we're very young, are proportionally huge of head. 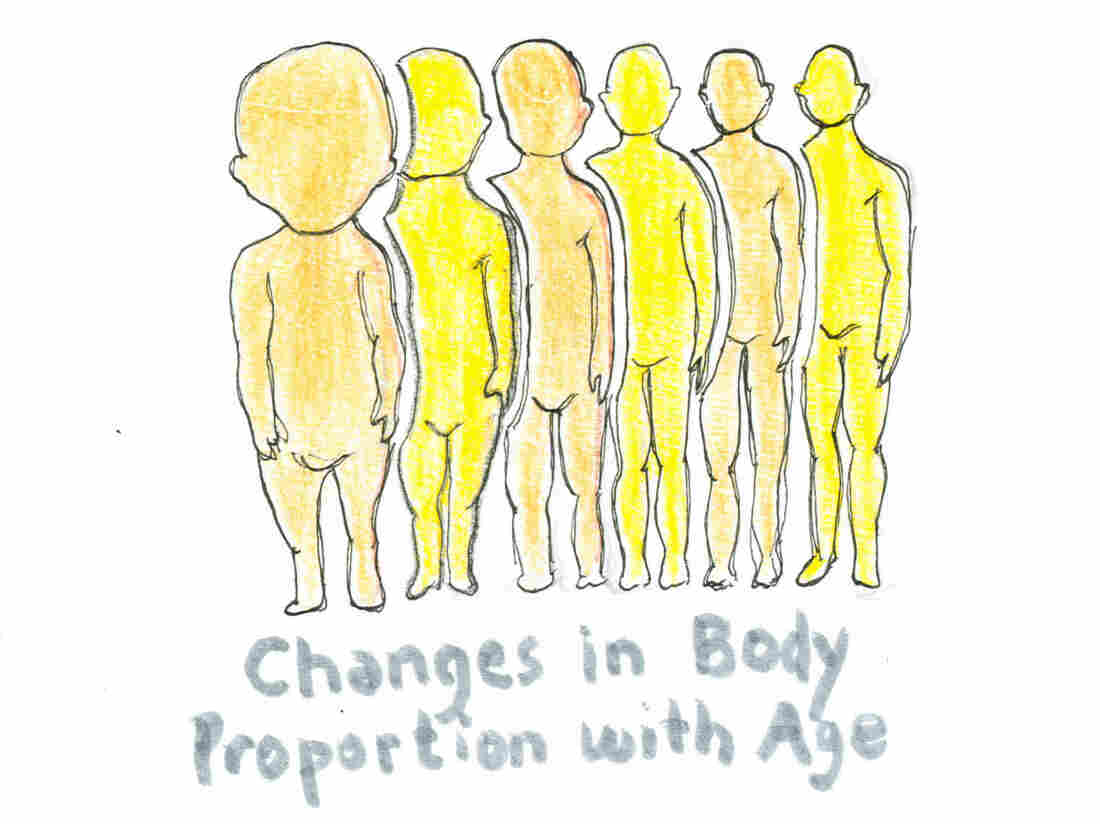 What caused our brains to expand so suddenly? Again, nobody knows. Some say tool use explains it. Some think it's speech. Some think it's learning how to live in a tight-knit community with others. But whatever it is, says Lori, "This scenario tells us that things can change in the blink of an eye evolutionarily, and we shouldn't assume that, just because we're so intelligent now, we're always going to be the most intelligent. Nothing in nature suggests that kind of certainty."

A grad student from the planet Zantar landing on Earth today wouldn't even say hello to a dolphin. But should the Zantarian land here 5 million years hence, humans may already be passé (or extinct), replaced by a new champ. Like whom? It might be an animal we already know. A parrot, maybe: 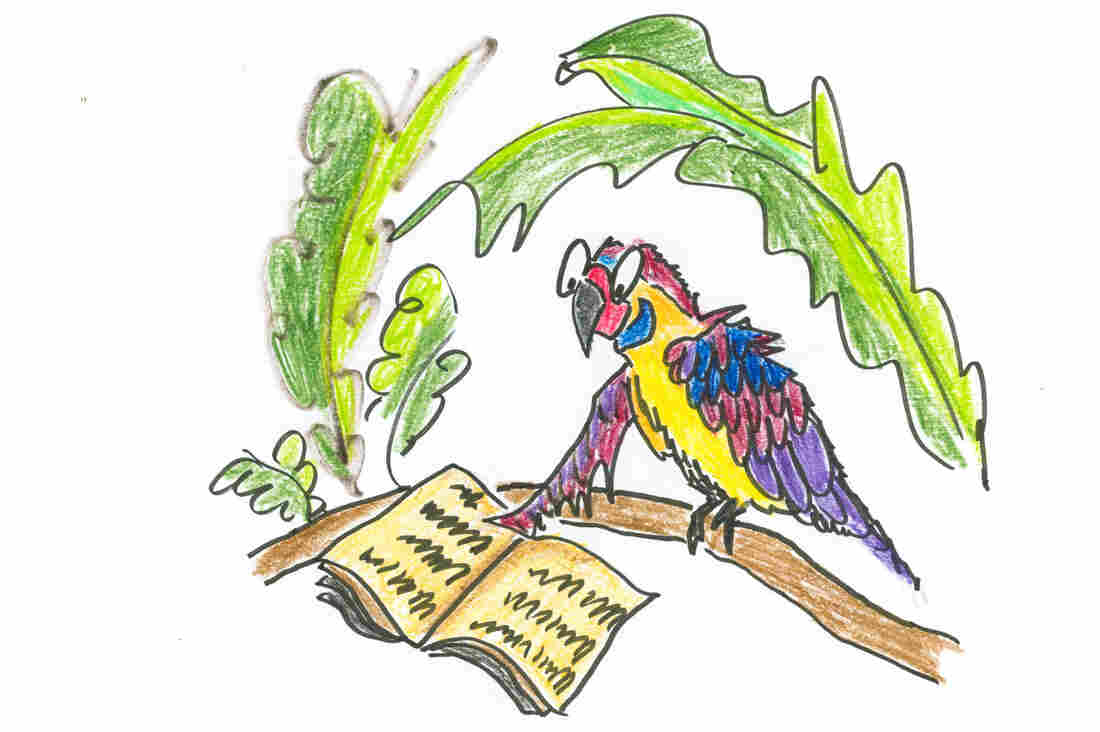 I've met African greys that seem pretty smart. Jan Zalasiewicz, a paleontologist, suspects it'll be rats. In a book that imagines humans going extinct, he conjures up "a species of large naked rodent, living in caves, shaping rocks and primitive tools and wearing the skins of other mammals they have killed and eaten."

Having the biggest brain, of course, doesn't necessarily make you smartest. Littler brains could produce smarter animals. We don't know yet how these things work, but common sense says when a brain grows, it must do so for a reason. That's why dolphins are such a mystery. When they went through their growth spurt, what did they learn? We can hear them whistling and clicking to one another, but so far we haven't cracked their code. Or, for that matter, learned all that much about our own brains, which support us, guide us, maybe even are us. And yet, when it comes to brains — dolphin, human, parrot or rat — we know very little. Brains, says the poet and writer Diane Ackerman in An Alchemy of Mind, do so many things at once:

Imagine the brain, that shining mound of being, that mouse grey parliament of cells, that dream factory, that petit tyrant inside a ball of bone, that huddle of neurons calling all the plays, that little everywhere, that fickle pleasure dome, that wrinkled wardrobe of selves stuffed into the shell like too many clothes in a gym bag.

We can look inside that "wrinkled wardrobe" — see the cells, trace the highways, watch the traffic — but when we try to make sense of what we see, try to understand why a human, sitting in the woods chipping stones, grunting, doing nothing new, nothing different for 400,000 years, suddenly invents fire, tools, speech, art and music, we're like the alien from Zantar. We say, "Wow!" And then we wonder why.