Accessibility links
Can It Be? Pigeons, Geese And White-Tailed Deer Were Once Rare : Krulwich Wonders... Passenger pigeons went. Dodos went. Buffalo nearly went. But here's the surprise. Three of the weediest, everywhere-ist animals we know (the common pigeon, the white-tailed deer and Canada geese) — they almost went too! Everything, it turns out, is fragile.

Can It Be? Pigeons, Geese And White-Tailed Deer Were Once Rare

Can It Be? Pigeons, Geese And White-Tailed Deer Were Once Rare

Go back 150 years and ask yourself, what was there a lot of? 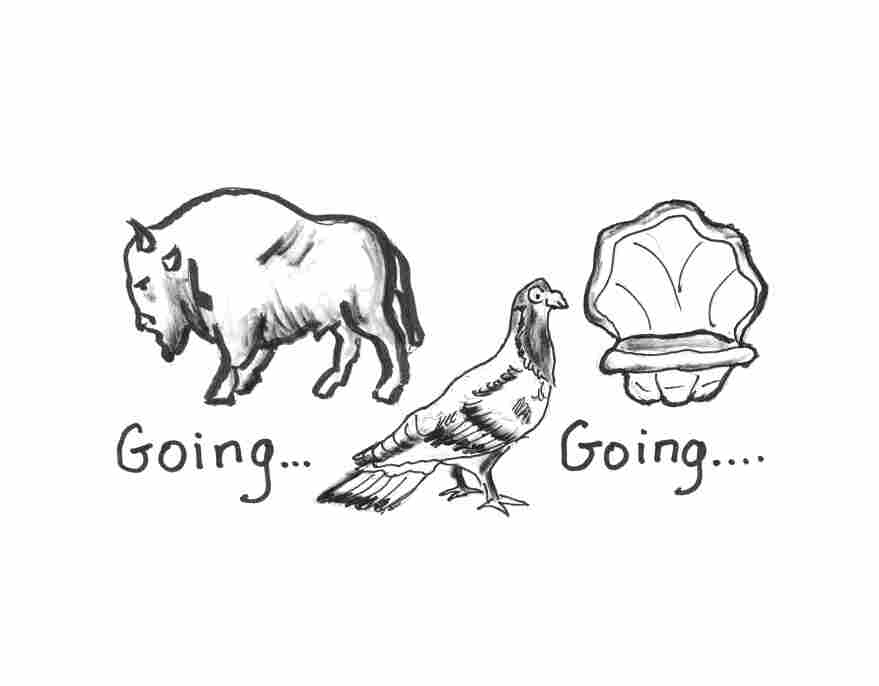 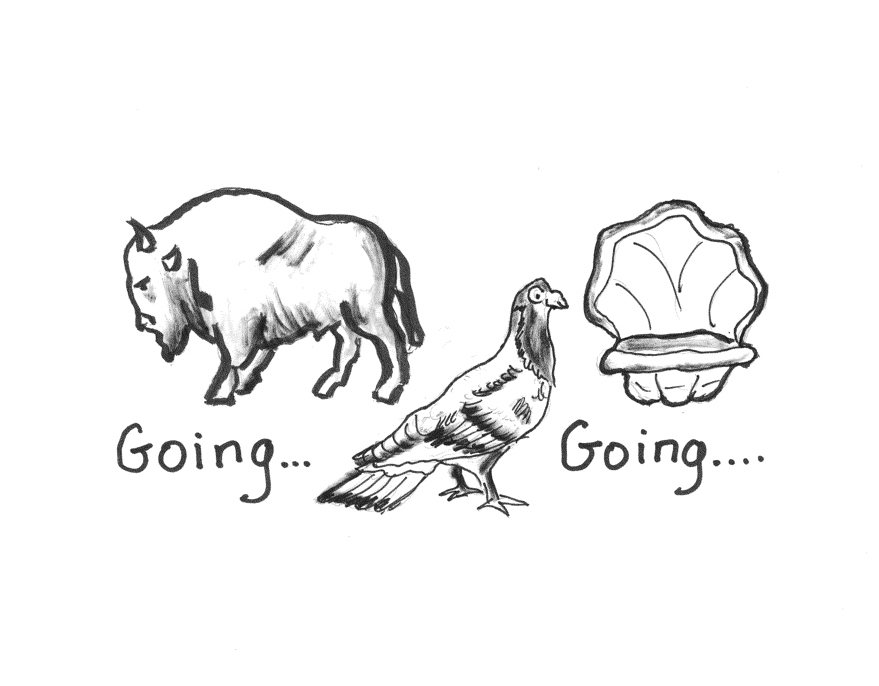 There were lots of buffalo, lots of passenger pigeons, lots of oysters. And then, poof! Hardly any. Or none ...

OK, let's flip the question: What were there precious few of 150 years ago, in a couple of cases almost to the point of extinction? The answer — believe it or not — is white-tailed deer, Canada geese and, arguably, ordinary pigeons. 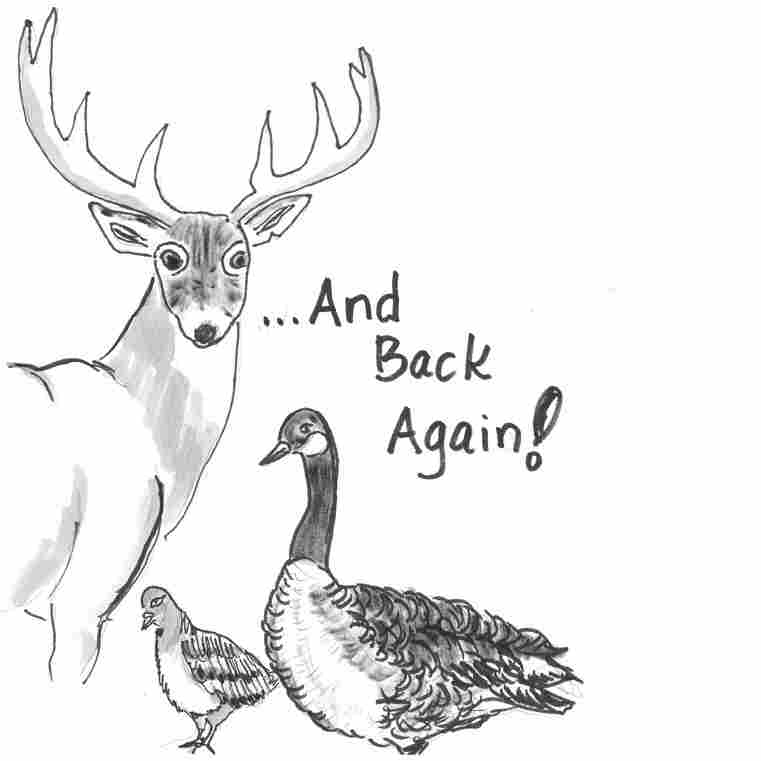 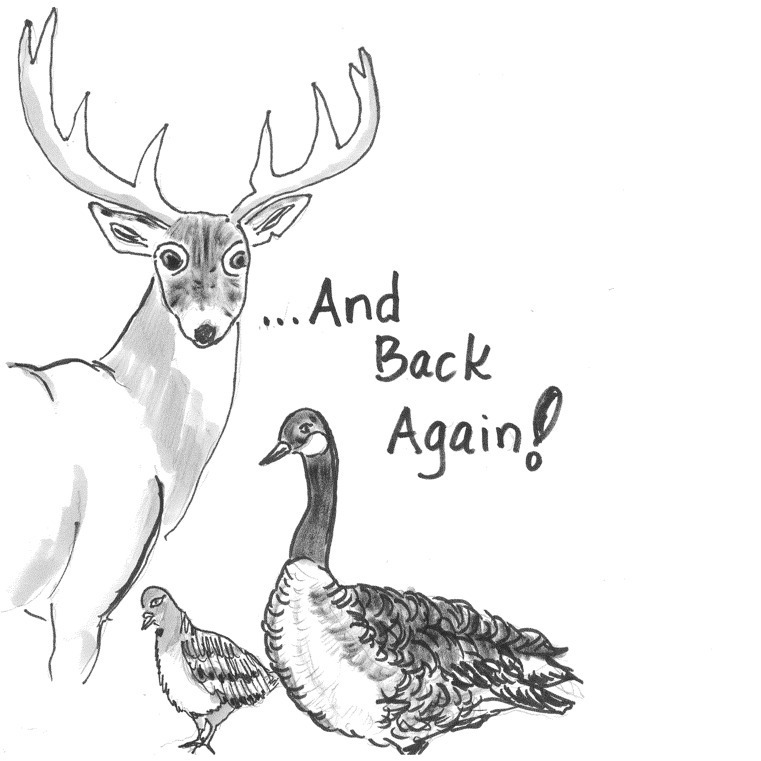 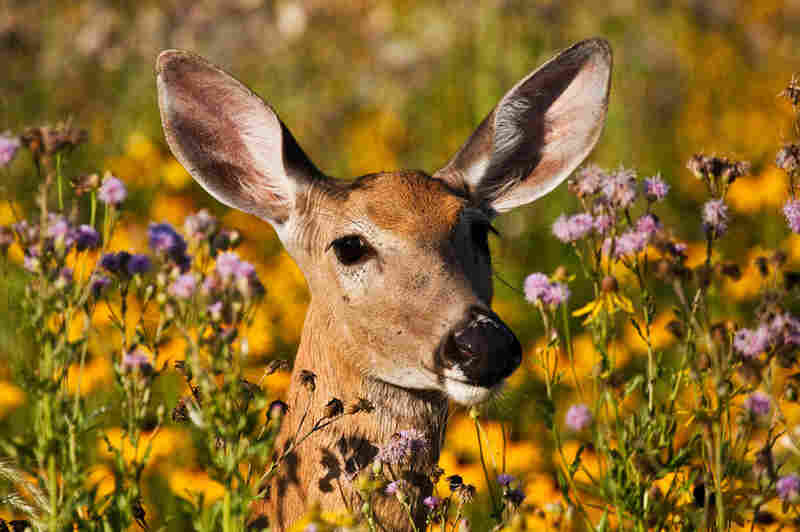 In his classic The Deer of North America, Leonard Lee Rue writes that in all of New Jersey in the 1890s there were maybe 200 white-tailed deer. Today there are thousands and thousands. Growing up in the 1930s, he had never seen one. "They were so scarce that their same numbers today would make them candidates for the endangered species list," he writes.

Then as now, the white-tailed deer was a baby-producing, adaptable, go-anywhere animal, a survivor. But for 300 years it was fiercely pursued by hunters — for its meat, its fur and for sport. We've all seen famous westerners (Wild Bill Hickok or Calamity Jane) in the wild west shows wearing buckskin, those fringed deerhide garments.

Buckskin, it seems, was the denim of the 19th century, and it had been popular — very popular — long before that. Deer paid the price. Back in the 1680s, Rue tells us, Muscogee Indians hunted these deer so fiercely and borrowed so much money from European traders to finance their hunts, they began running out of "bucks" to pay off their loans (thus the slang word).

So many deer were shot, eaten or skinned, they dwindled to a precious few by the 1930s. Then, with hunting regulations, suburbanization (with all those tasty backyard plants and gardens) back they came — with a vengeance. 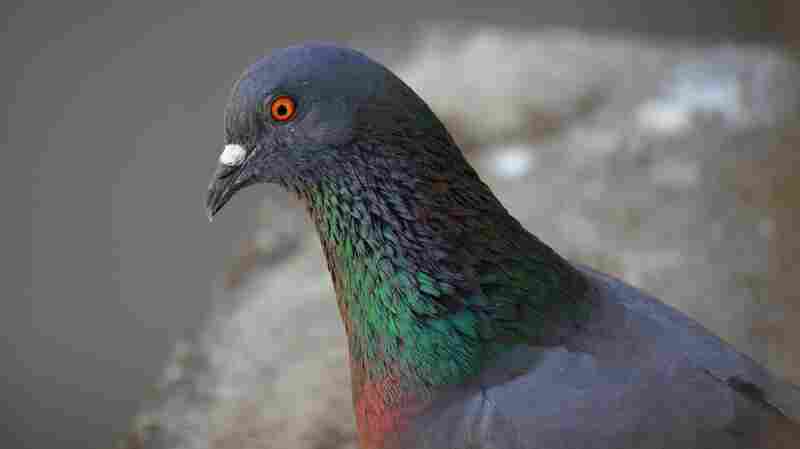 The classic image: little old ladies or retired gentlemen, birdseed in a bag, gently feeding pigeons in the park. That's a modern image. One hundred fifty years ago, pigeons were for shooting. It was a popular sport. People would meet in the woods, or in a field, and compete for the highest number of kills. In cities, sparrows were the pests, not pigeons. New York University grad student Colin Jerolmack quotes from an 1874 New York Times story, which describes pigeons being bullied on Manhattan streets by sparrows, "who pursue them without fear ... robbing them of their food and worrying them until pigeon life ... must be a good deal of burden." The writer suggests replacing "innocent" pigeons with sparrows in shooting contests. When, at the turn of the last century, pigeon shoots lost favor, or were (in Europe) outlawed, the pigeon — like the white-tailed deer — bounced back. 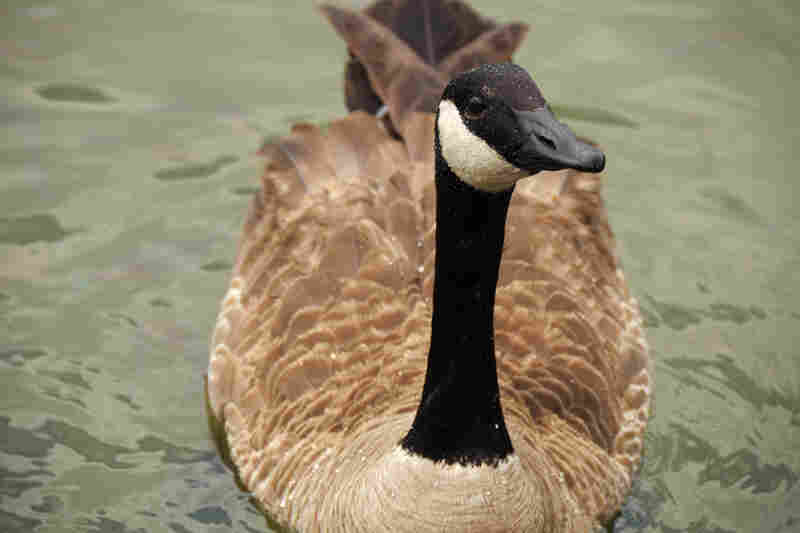 Not quite 150 years ago (more like 80 years ago) Canada geese were in deep trouble. The Giant Canada Goose (with its familiar black head and neck, white patches on the face) was presumed extinct in the United States until a small flock was discovered in Rochester, Minnesota. They'd been overhunted.

"Panicked scientists held scientific symposia focused on the birds' preservation," writes Jon Mooallem in his new book Wild Ones. Private groups (and then states) started restoration projects. Geese were protected, provided with corn, allowed to reproduce, then released. And these new geese discovered a new world of golf courses, man-made bodies of water near food supplies, beaches, public parks. They moved in and multiplied. There are now 3.5 million geese in America.

There are two morals to this tale. First, anything –anything — even an animal so ubiquitous, so underfoot, so plentiful you can't imagine it not being here, can go. Not only can it — it once may have almost winked out. Which is to say, humans are so dominant on this planet, most wild things (maybe all wild things) are now here with our permission, dependent on our support. We are, as Jon Mooallem says, "gardening the wilderness."

And second: We never know where our acts will lead. It was right, and kind to save the Canada goose. It was right to defend the pigeon, and the white-tailed deer. What we can't know when we do these things, is what kind of future we're making. Time has a way of upending our expectations. What starts as a gesture to an animal in need can end in our backyards, with us surrounded by aggressive deer eating all the pretty things in our gardens. As Jon says, "It's a thin and erratic line we draw between the wildness that awes us and the wildness that only annoys us."

Welcome to our brave new world.