Accessibility links
I Won't Eat, You Can't Make Me! (And They Couldn't) : Krulwich Wonders... A sea creature in a Japanese aquarium goes on strike. It won't eat. Just totally refuses. What to do? 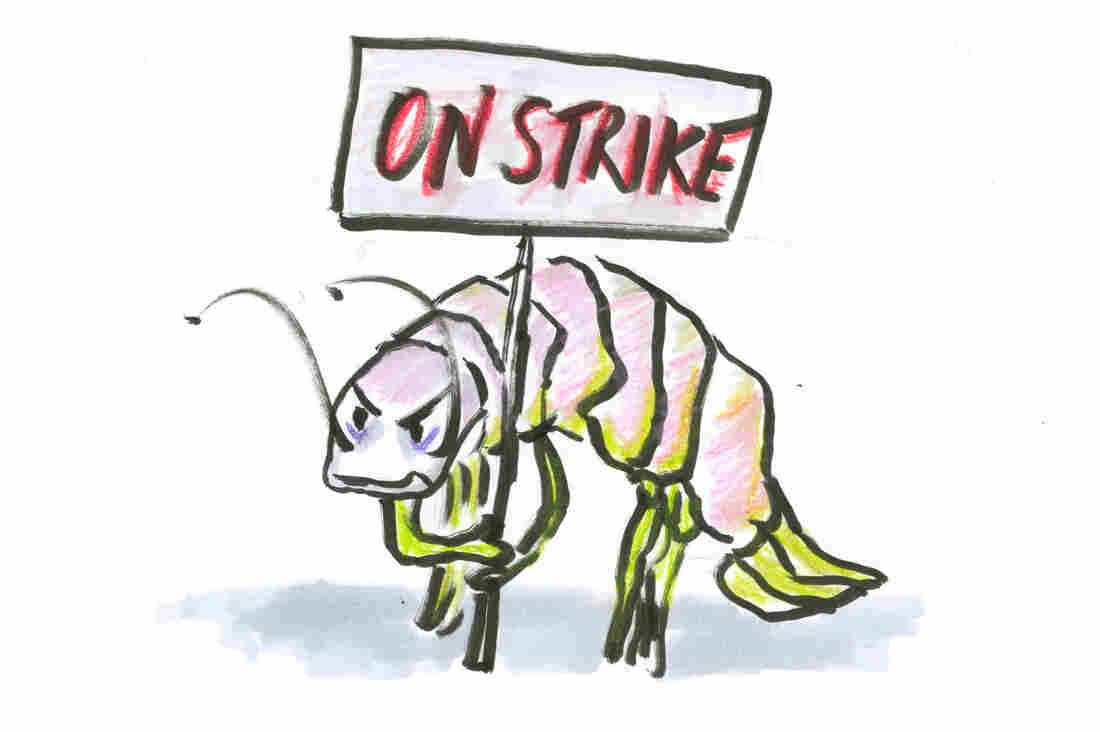 It was found in Baja California, in the water, scuttling about. It's an isopod — a many legged, many jointed, bottom-crawler, related to prawns and crabs and it happily eats dead things. Scavengers aren't that particular about what's for dinner. When they find it, they eat it.

This particular isopod was big, almost a foot long, weighing over 2 pounds. In 2007, it was taken from Mexican waters and brought to the Toba Aquarium on the east coast of Japan, where it was displayed as "Giant Isopod No. 1." At Toba, they don't name their animals Freddy or Hiroto. They give them scientific-ish numbers. No. 1 was the first of eight captive isopods, but it was about to become the most famous animal at the aquarium.

I should explain that giant isopods are unusually popular in Japan, not only because they look a little scary, being so big, but because they have a body shape that fits around an iPhone. The creature's lumpy skeletal exterior is very familiar to Japanese kids because lots of them carry their phones in Giant Isopod cases, like the one in this ad: 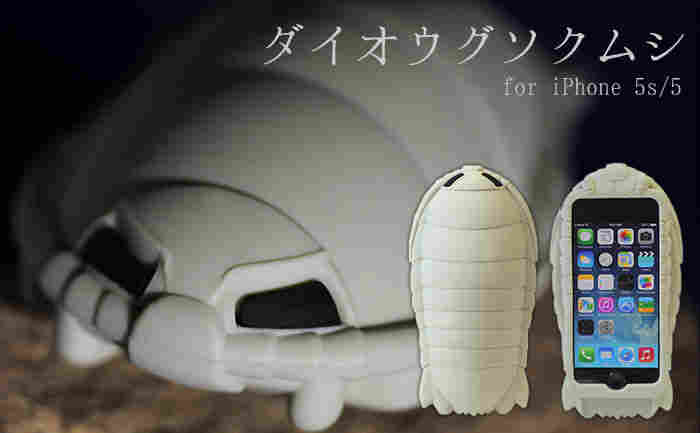 So, Giant Isopod No. 1 arrived in Japan, settled in, and at first everything was fine. It ate normally, did all the things one would hope a giant isopod would do (stay still, then scuttle, wave its front legs, stop, stay still) until one day, on January 2, 2009, something happened.

It was mealtime, and after nibbling lightly on some horse mackerel, No. 1 stopped eating and walked away from its food. It wouldn't finish.

No. 1's caretaker, Takeya Moritaki, couldn't figure out what was wrong. He tried pushing the food closer. No. 1 didn't care. He tried different foods. No. 1 wasn't interested. It would either push the food away, or walk away. He tried sticking No. 1's face into the food. Nothing. He even tried changing the temperature to make No. 1 hungrier, or more comfortable. Still nothing. 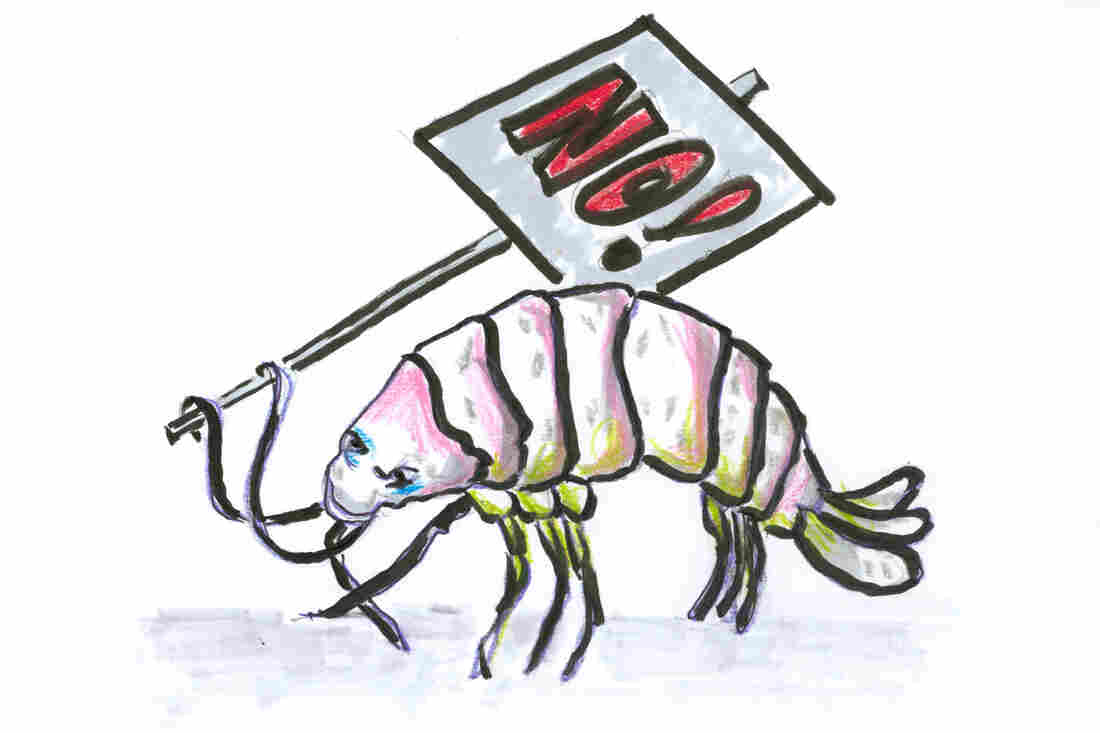 Here's a clip from Japanese television showing Takeya Moritaki with a mackerel (at least I think that's what it is) and some ... what is that? eel maybe? ... which he drops into No. 1's tank. The animal sees the food, steps closer ... then closer. ...

But nah, he won't eat. According to Rocket News, "Over time, the animal learned how to seem to appease its human keepers by moving its mouth and front legs around the food pretending to eat. In the end, it never actually took a bite. ... No. 1 would simply play with its food."

No.1 didn't eat for all of 2013. That's five years without a meal. No animal in captivity has refused food for that long, the Japanese press said. This was some kind of record. Why wouldn't the animal eat? Nobody knew.

Then, this month, on Valentine's Day, when Moritaki arrived with a new mackerel and lowered it into the tank, No. 1 stayed totally motionless. Moritaki leaned in, picked up the isopod, and it wasn't alive. A dissection was performed to see if there was some obvious reason, some blockage — some something — that would explain No. 1's stubborn behavior and, according to Rocket News, none was found. "The creature," Rocket News reported, "will be frozen for preservation. Research is underway on the remains of No. 1 to find out why it refused to eat."

Maybe it was sick. Maybe it was angry. Maybe it was stubborn. But whatever it was, it managed to say, "No, thank you," for 1,868 consecutive days. Then it keeled over. An isopod that determined deserves the name "giant."