Accessibility links
Boy Meets Painting. Painting Grabs Boy. Boy Mystified : Krulwich Wonders... What was it for you? A song? A movie? A poem? For me, it was a painting. I was grabbed by a work of art that said I know you. I've been waiting. And I fell. Totally. Why does that happen?

Here's what I remember: The day it happened, I was around 8 years old, which puts me in the second grade. It was definitely a Sunday (because we never went anywhere on Saturdays). My dad had decided to take me to the Museum of Modern Art to see some paintings, and I always liked going places with my dad, it didn't matter where, so we arrived at the lobby, bought our tickets, handed them to a man who tore them in half, like at the movies. Then we took the escalator, walked into a big gallery, and as we were moving through — that's when it happened.

Grabbed By a Dead Man

I was walking behind my dad, trying to keep up, when something on the wall kind of flung itself at me, stopped me short, and (for lack of a better term) grabbed my eyes. I came to a full stop. 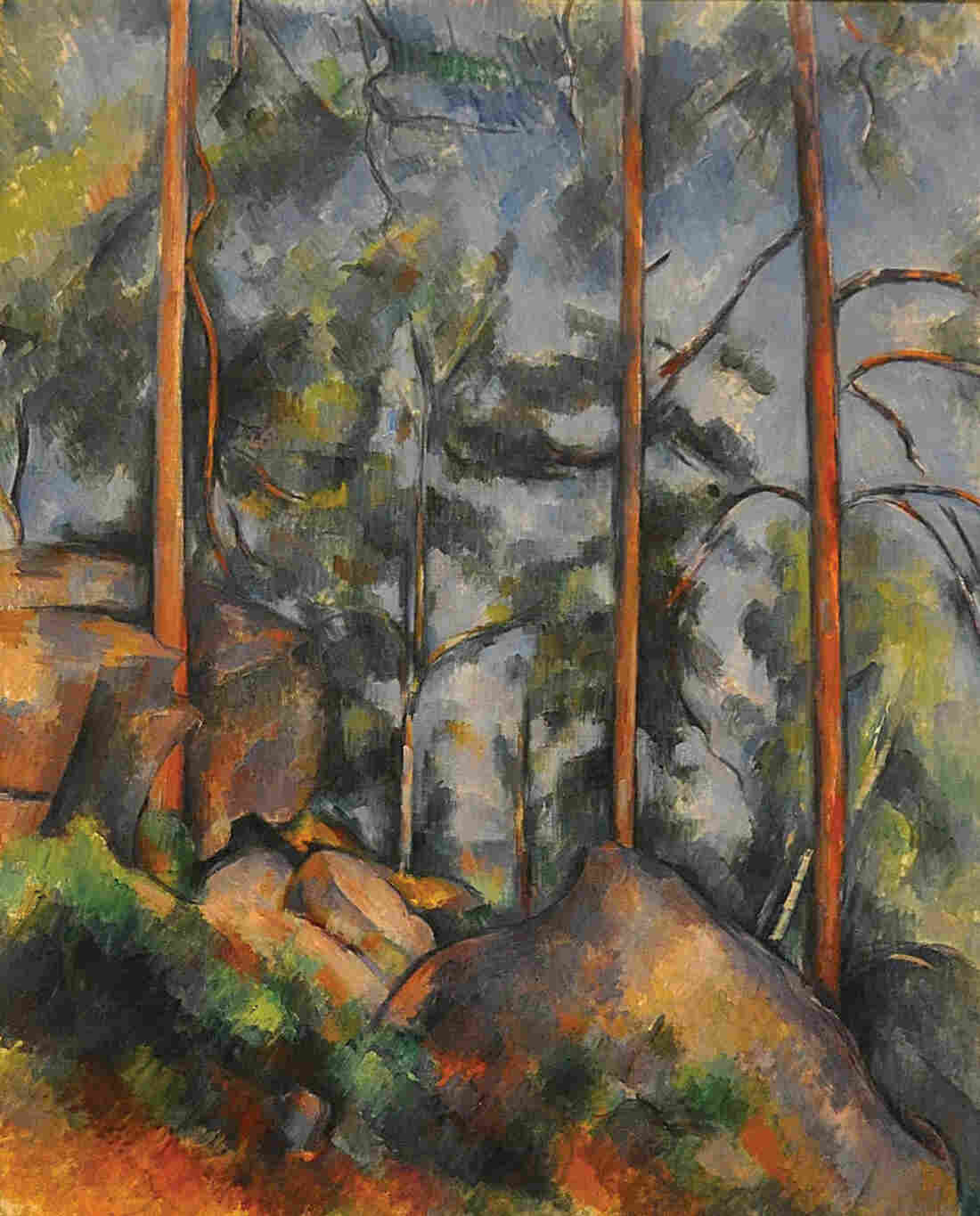 It was a woodland scene, a blur of greens, blues and purples, a tumble of rocks in the foreground, tall pines, branching into a blue sky, breaking up into arabesques. It had no people in it, no girls, nothing I recognized. But with a force that felt like a fist, it jerked my head to it — almost as if it were calling out, "You!" — like it knew me. Like it wanted to pull me to it and tell me something — something personal. But what? I had no idea. Nothing like this had ever happened to me. Furniture, pictures, carpets had always stayed in their place, being, after all, things. But not this thing. It had power.

As I moved closer, it tightened its grip. The boulders in the foreground were dark at the edges, light where the sun peeped through. The upper branches broke free and became little dabs of paint, applied in rhythmic strokes. Paint became tree; tree became paint. I knew nothing about painting, zilch about art history, but the crazy energy coming off that canvas felt like it was addressing some puzzle I already had in my head. I couldn't stop looking. I barely moved. My dad, who had turned around wondering where I'd gone, found me standing a few feet from the image, and when he came up behind me, without turning around, I asked him, "What is this?" And he, without looking for a label, answered, "This ... (and it was the first time I ever heard the name) ... is a Cezanne." 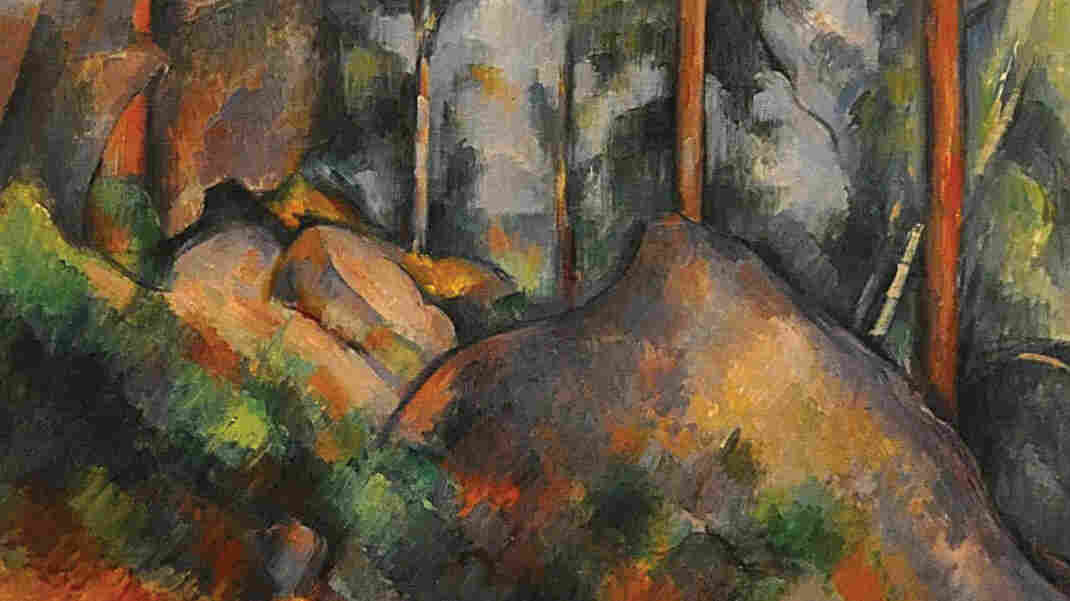 To this day I cannot explain what happened to me. The fact that it kept happening — keeps happening, all these (almost) 60 years since — is one of the mysteries of my life. Cezanne produced precarious little worlds that almost, almost, almost lose their balance, but somehow hold themselves together, creating tension, beauty and danger all at once. But why would these crazy dares thrill an 8-year-old? What was it about me that was ready for Cezanne? Because I was so ready. Even in the second grade.

Here's all I can think: that when we are born, we are born with a sort of mood in us, a mood that comes to us through our genes, that will be seasoned by experience, but deep down, it's already there, looking for company, for someone to share itself with, and when we happen on the right piece of music, the right person, or, in this case the right artist, then, with a muscle that is as deep as ourselves, with the force of someone grabbing for a life preserver, we attach. And that's what happened to me that day.

I saw something on a wall that knew what I knew, felt what I felt and wanted me just as badly as I wanted it. When I left the museum I was a different boy. I had been addressed, personally addressed, by an artist whom I could never meet, who didn't speak my language, who had already been dead for 50 years. But I didn't care. His painting pulled me into a conversation I'd apparently been longing to have. It came at me with a force I will never forget and it began very simply. I looked at it. It looked at me, and all it said was, "Me too!" — and Cezanne and I have been talking ever since. 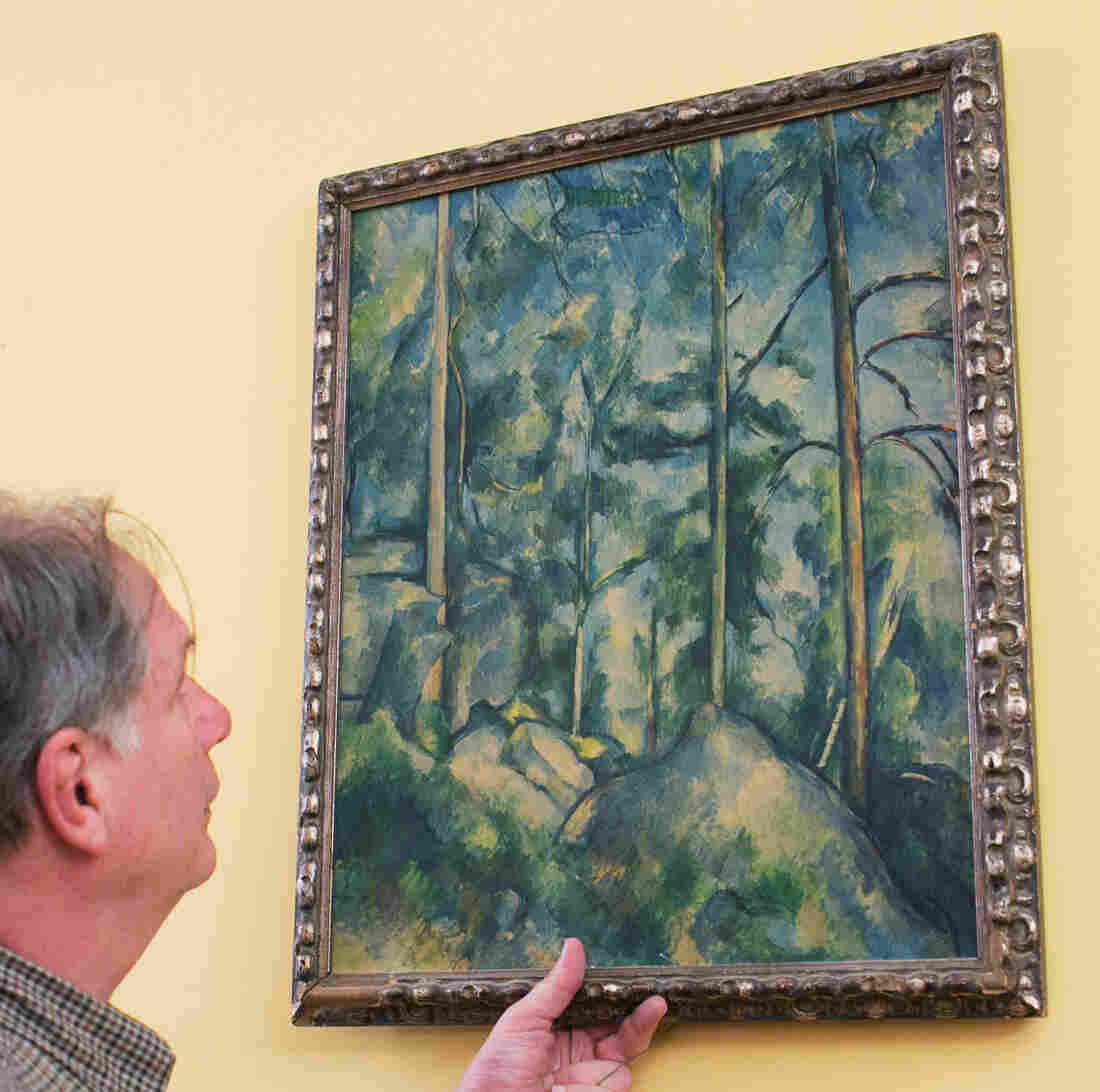 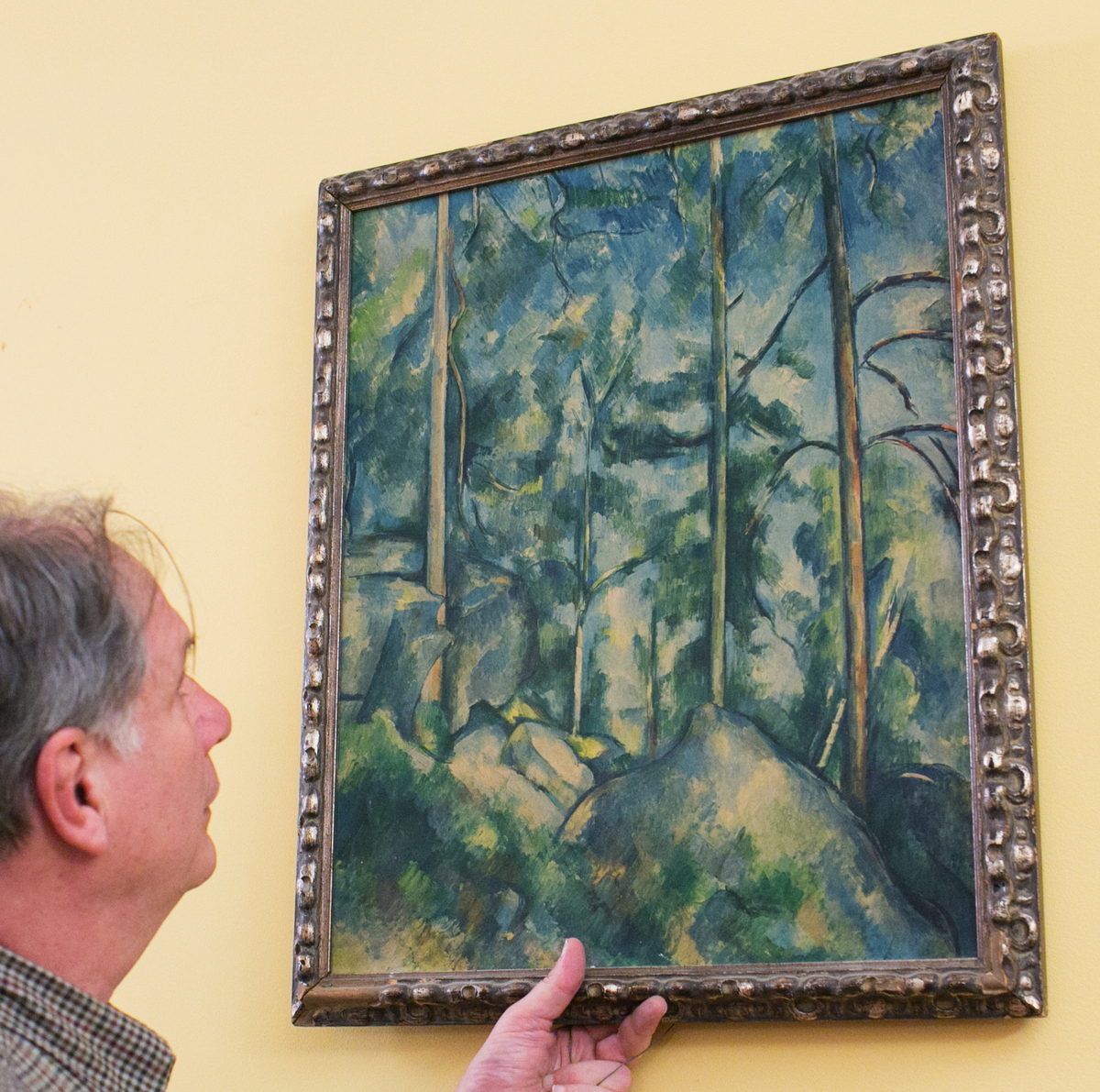