Accessibility links
Who Needs Clicks? Blogger Vi Hart, In Daring Move, Goes Wildly, Dramatically Dull : Krulwich Wonders... It was bound to happen. In the worldwide race for clicks, one of the Web's most popular bloggers has gone rogue. She's decided to bore her audience — in the most daring way.

Vi of my heart, Vi who teaches, Vi who doodles, Vi who blogs, Vi with her magic markers, sugar dots, piano keys, balloons, toothpaste, Vi who has more followers than anybody (OK, not as many as Justin Bieber, but Vi's a math blogger, so come on ...), Vi who is loved, adored, almost worshipped-- that Vi, the math blogger who can do no wrong? Suddenly, Vi Hart has turned weird. Happily so. But very, very weird.

On January 14, she posted this video on her second YouTube channel. It's called "9:99." You won't want to watch the whole thing. Because all you see is a microwave oven with its L.E.D. counting down from 9:99, with Vi Hart offstage, reciting every number out loud. Every single number. I kid you not.

"This is either going to be the greatest stunt pulled by a YouTuber," writes a fan, or "you'll be losing followers for no reason."

What you're doing, writes another, "make absolutly (sic) no sense." The best explanation is, "she is slowly come into madness."

What's Vi done? She has her own video channel over at YouTube, called ViHart. It's a wonderful collection of short mathematical videos, mostly with her drawing and talking. Recently she added a second channel, called Vihartvihart, where, as she puts it, "I want to share stupid things that most humans won't care about." OK, a little playground on the side. Understandable. A place to do stupid things? Why not?

But then she went ahead and did it. After the first video, came a second, also a microwave countdown, only this one was one second shorter:

"Has anyone asked why you are doing this?" one fan wrote. "It is going to take you a little over 19 years to get down to zero (doing one video a week)."

People figured this was some kind of joke. Said another fan: "Winter has that effect on me too." Someone wondered if there was "anything in the microwave?" Is this a sly cooking demo?

No, apparently. Vi was just counting backwards, because along came "9:97," posted on January 28.

It attracted fewer views, 7,379, and this time the mood split more drastically. Some of her readers were churlish.

Some went wildly the other way.

"[This is] such a breath of fresh air. ... Mark my words ... nobody can disagree. This video is something special. A work of art equatable (sic) to Mozart's requiem. ..."

There was a slight surge to 7,079, probably because this time Vi was staying at a place with no microwave ("so, I found these strangers and was like, "I need to go to your house and use your microwave for a bit ..."), and with company — the tape includes several voices, not just Vi's. Her fans at this point seem just puzzled. "Oooohgdear god," wrote someone, "here she goes again. ..."

... her pal Emily, so there was much laughing on the video, but below, in the comment section, the mood was darkening:

"Never have I seen such a pointless waste of time."

"I just don't know why someone would test people like this."

"Who is actually enjoying these, anyone?"

Another week, another post. With "9:93" (8,169 hits) the debate widened. Some people said, hey, Vi created this channel to do nutty stuff, and if you don't like her brand of nutty, stay on the main channel, where the math is good, the videos clear. Don't come to the wild side to complain about the wildness. Stay with the tameness.

Other people wanted a logical explanation, even if they had no evidence for their theories: "I don't know for absolute sure," said someone, "but I suspect she's contracted to make a new video a week or something; but she wants out of the contract ... so, she's ... making the videos as boring as possible, so they don't make money." Well, it's a theory. So is this: that she's culling her audience. "She's trying to rat out all of the fakes," someone one said. "She only wants 'true fans.' "

Or there's this: that we aren't smart enough to find the logic that must be in there somewhere. "It's frustrating," wrote a fan who thinks "there's obviously something more to this [that] I'm not getting simply because I'm not intelligent enough."

The Riddle of Vi

Why? I have never talked with her, so I have no firsthand information, but here's my guess: She's just having fun. There is a pressure, a routine that comes with success in anything. Something works, finds a following, the followers naturally want more of what pleases them, so they ask for more, so you deliver more because you can, and anyway, you love doing it and before you know it, you're doing what you love all the time and a certain sameness creeps in till at some point you need a break. STOP. What am I not doing?

So Vi, just for fun, created a little nook of Web space where she can break all the rules. 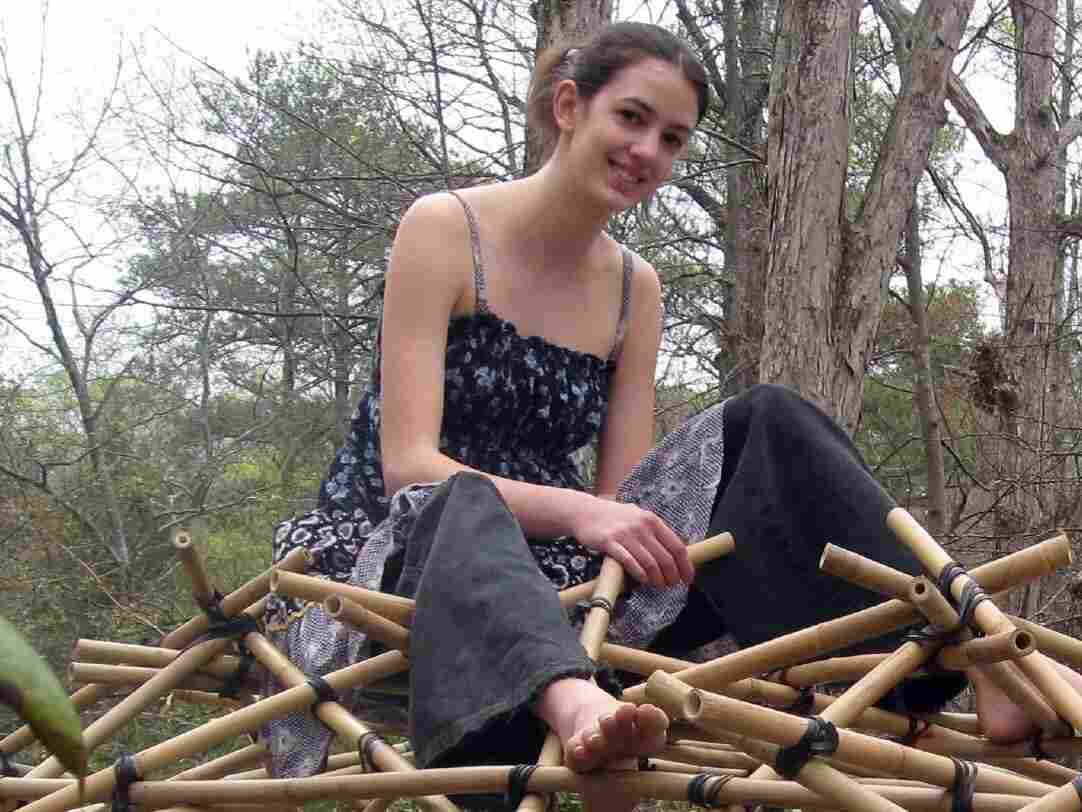 ... literally watching a clock count down. This is the sort of daring art stuff I do just because I can. Yes, I can make a close-up of a microwave timer counting down, and people will watch it. My life is awesome ... and I cannot resist taking things to ridiculous extremes, and also because I have the emotional/financial luxury of not caring if I lose every single one of my subscribers, I'm going to do exactly that right now.

Not in a big way, mind you, just on her second channel. So she made her first countdown video, looked, and thought ... (and I quote)

And now she's on a tear. Will she keep it up? Who knows. The point is, she did it. She's free. That's what I like about Vi. She doesn't settle. Ever.