Accessibility links
Daring Cameraman In Ukraine Captures Secret 'Moscow' Summit : Krulwich Wonders... They met on a bridge high over the Dnieper River near Kiev, in Ukraine. They didn't want the authorities to know, and — until the video came out — nobody noticed.

OK, I'll admit, right off, this isn't that kind of summit. Putin wasn't there. But I didn't lie. It was the other kind of summit — as in the verb for "to climb." And this one was so gripping (literally), so breathless, so crazy, so illegal that I think you're going to forgive me as you watch four freestyle climbers doing this amazing (and amazingly unsafe) thing. Here's their leader (or, at any rate, his feet). 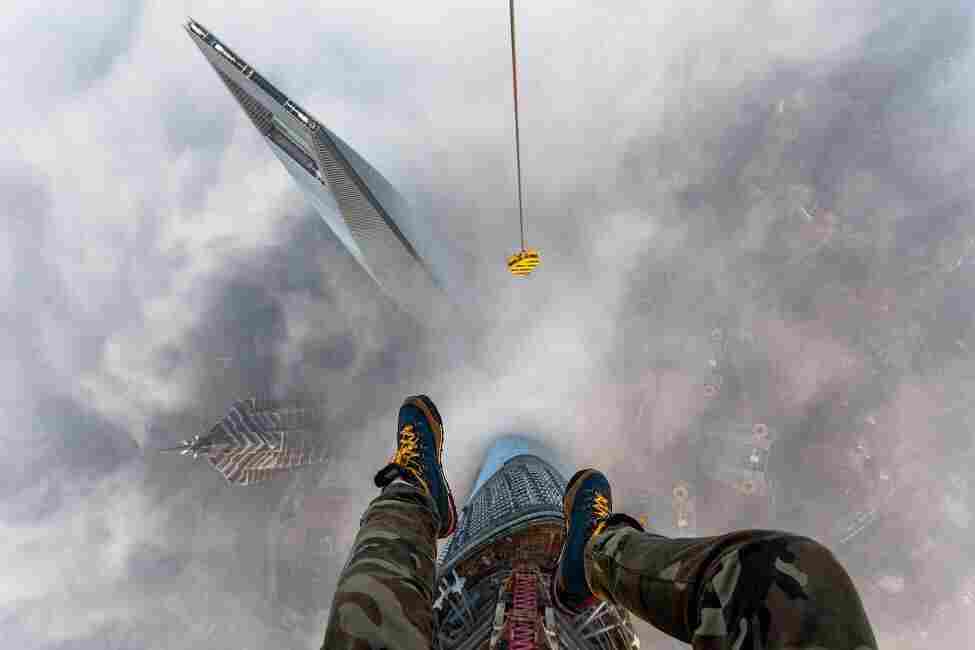 That's Vitaliy Raskalov, dangling from a skyscraper in Shanghai. The summit I'm talking about, however, took place in Ukraine, in Kiev, with Vitaliy and a team of three. Look at them. They obviously aren't diplomats. One of them is wearing sandals: 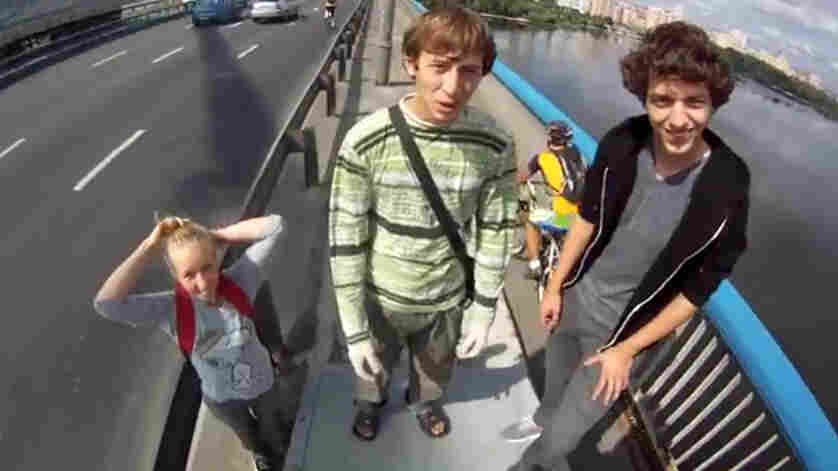 And the reason not to write NPR to complain about my headline (please) is that this happened, in fact, on the Moscow Bridge in Kiev, back in 2011. Yes, it was well before the current Moscow/Ukraine imbroglio, but Raskalov and company decided to defy authority and scramble up very narrow suspension cables to the tippy top of the pylon. I don't know if the next Ukrainian government (once it's elected) will keep the name "Moscow" for this bridge, but I do know that Vitaliy, at least on this occasion, wasn't arrested.

In fact, he has since climbed to the top of another suspension bridge (this is his picture of his climbing buddy, Kirill Kirbase Vselensky, hanging off a crane in Vladivostok) ... 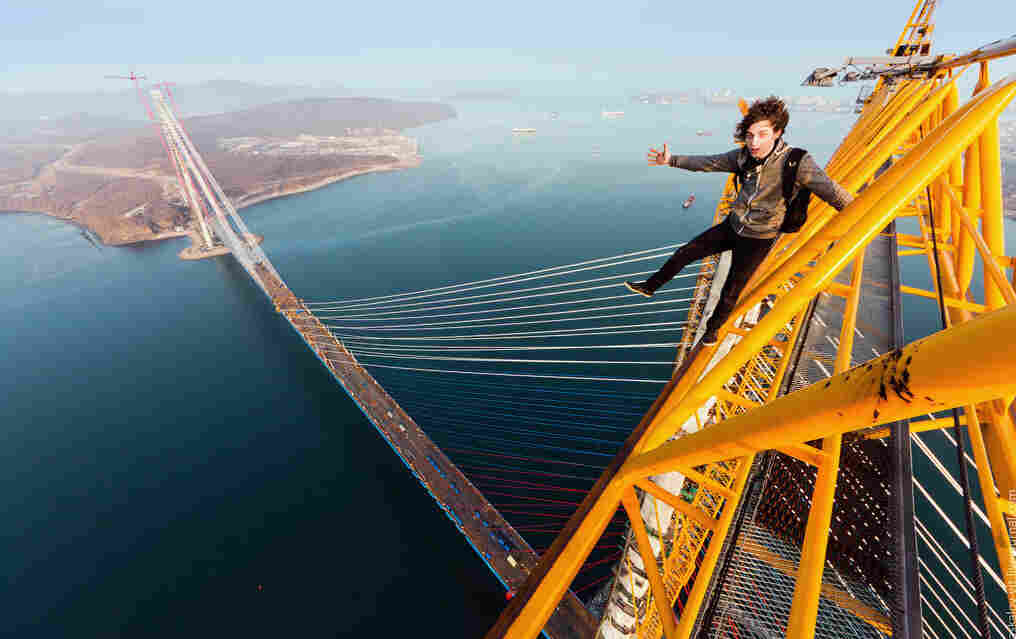 And, more recently, he and his pal Vadim Makhorov stole their way up a great pyramid in Egypt, and then to the top of a crane dangling above the tallest tower in Shanghai — a feat so extraordinary it has gone viral. But the video I'm posting below takes us back to Vitaliy's early days, where he began: in Kiev, being bad.

Going For The Summit

The original video is 12 minutes long, but in our version, we're going to join him midway, when he decides to push past his three colleagues — literally dangling off the cable as he squeezes by — so he can turn around and film them as they approach the top. At first, the only sound you hear is Vitaliy breathing. My only caveat is this: Vitaliy is so good at making his climb feel like you're there, if you suffer from vertigo (and take this seriously) don't click.