Accessibility links
Jupiter's Dot And Mine. Why Life Is Unfair : Krulwich Wonders... Jupiter has a large red dot on its surface. I, too, have a dot on my surface. It's on my cheek. Jupiter just got lucky with its dot. Me? Not.

Jupiter's Dot And Mine. Why Life Is Unfair

Jupiter's Dot And Mine. Why Life Is Unfair

When I was 9, my dad drew this picture of me. You will notice something on my left cheek — a little brown spot. 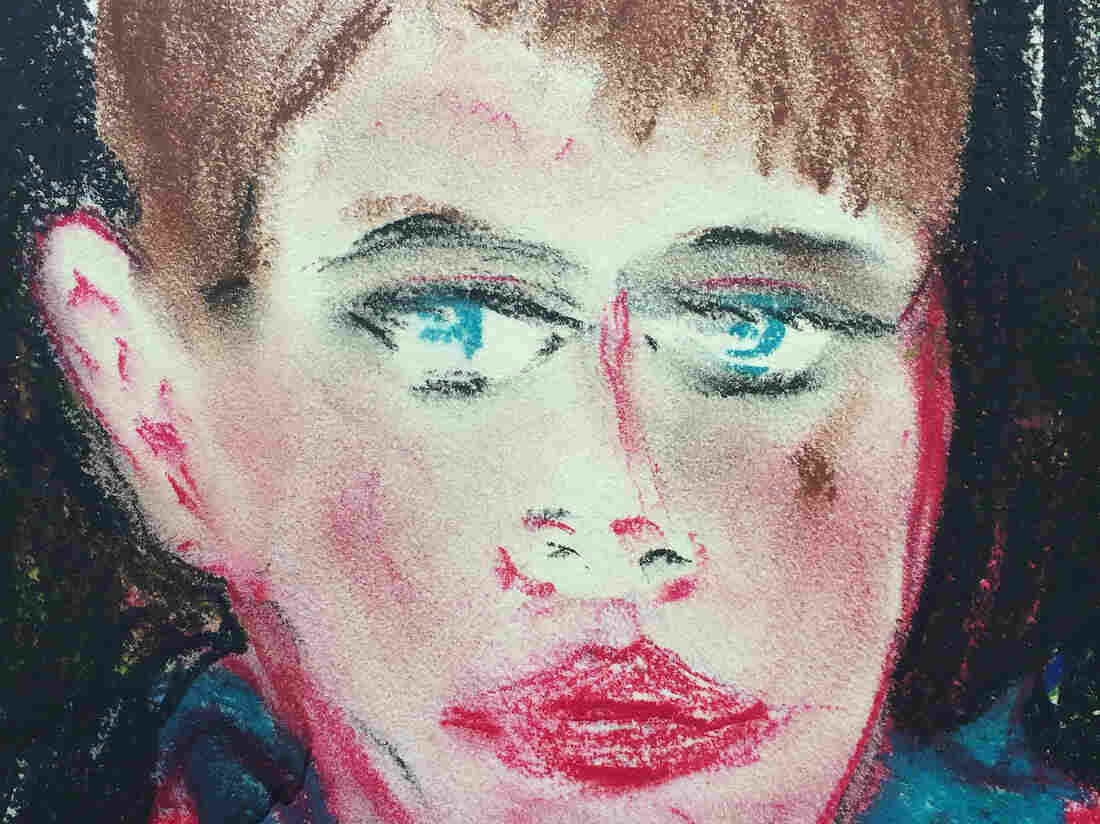 That's a mole. The doctor called it "a birthmark." My mom called it "a beauty mark." I was born with it. Having grown up before supermodel Cindy Crawford became famous, I was not familiar with the allure of beauty marks and, anyway, I'm a guy. My mom said it was hardly noticeable. I didn't believe her. 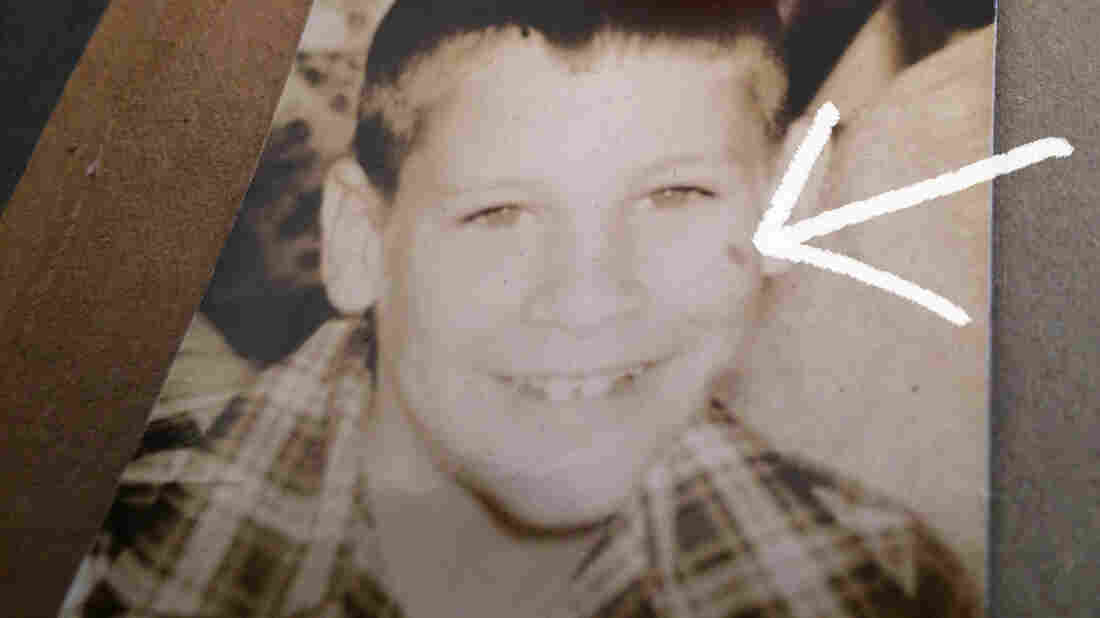 It didn't go away. Worse, in my mind it was growing bigger. In grade school, I worried that the mark on my cheek was the first thing people saw when they looked at me. I would look at photos of myself and I'd always see the dot first, me second. I was not even remotely a boy with a dot. I was a dot with a boy. That's me on the left. That's how I felt on the right. 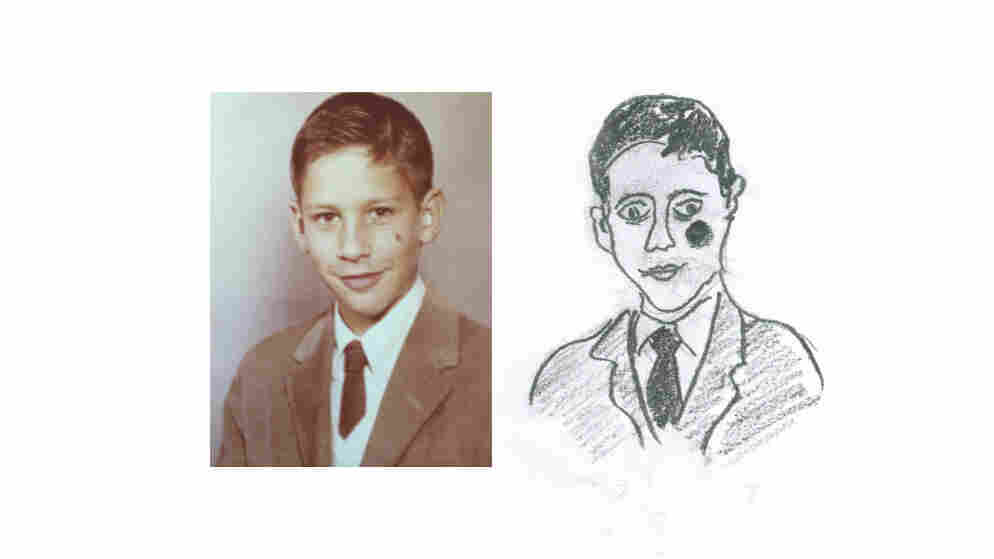 Even much later, in my 20s, if I happened to be in the same room with someone with a birthmark on his cheek, I'd get enormously embarrassed. It didn't matter if the Dotted One was somebody I admired, like Richard Thomas, the actor who played John-Boy in The Waltons. One day, Richard Thomas came to NPR; he has a dot on his left cheek, just like me. 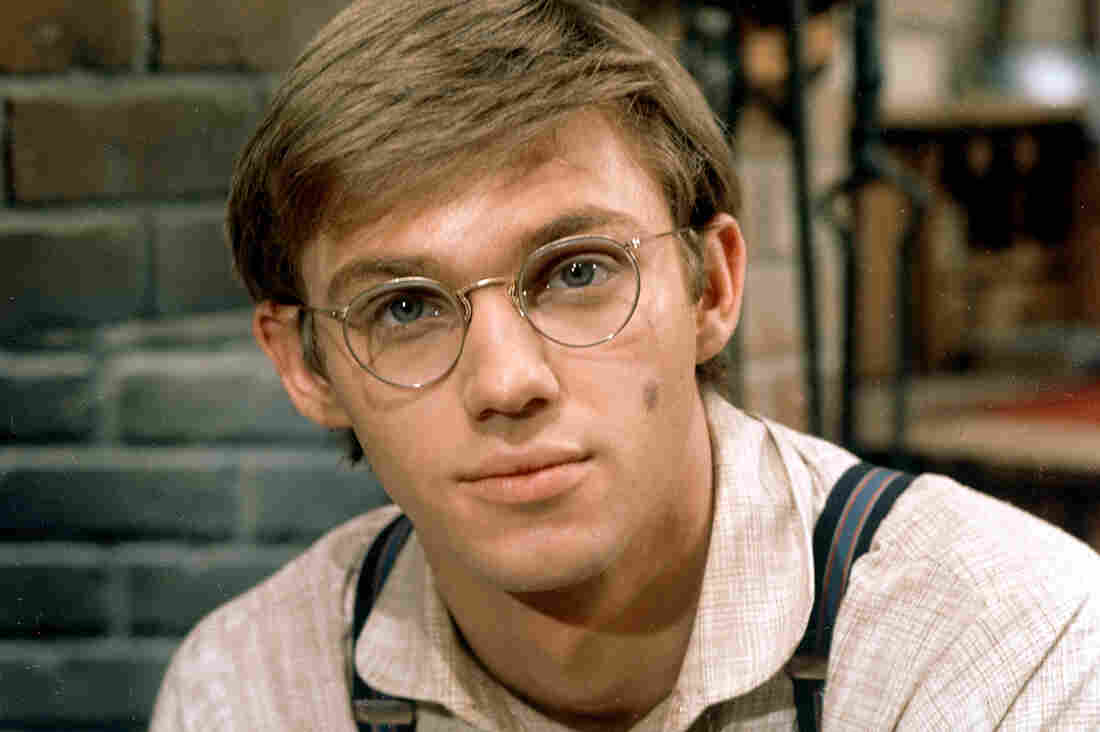 My friends knew of my, umm, problem; they arranged for me to pop in and say hi to Richard, whispering "Robert, you can do this ...," but when the moment came, I thought, oh no, two dots on the same cheeks in the same room — the world might explode! It was that bad. I couldn't go in.

Even when I was older and calmer, still I hoped my dot would disappear. It never did, but as the decades rolled on, it faded a little, and now I don't think about it much. But last week I heard the wonderful news about Jupiter, and my dot feelings came rushing back.

Jupiter is apparently experiencing the very thing I had hoped for, for so long: slow Dot Removal.

Maybe you saw the news?

Jupiter, the planet, is a cloudy, stormy place with bands of clouds moving at different speeds across its surface, but its most prominent feature sits just below its equator. You can see it in the photograph below — it's called the Great Red Spot, a ferocious "anti-cyclone" that blows winds counterclockwise at more than 100 kilometers an hour. It's been storming that way for centuries. What astronomers call a storm, I call a "dot."

When astronomers measured Jupiter's dot in the late 1800s, it was wide enough to fit three Earths comfortably, side by side, at 41,000 kilometers across. That's enormous. 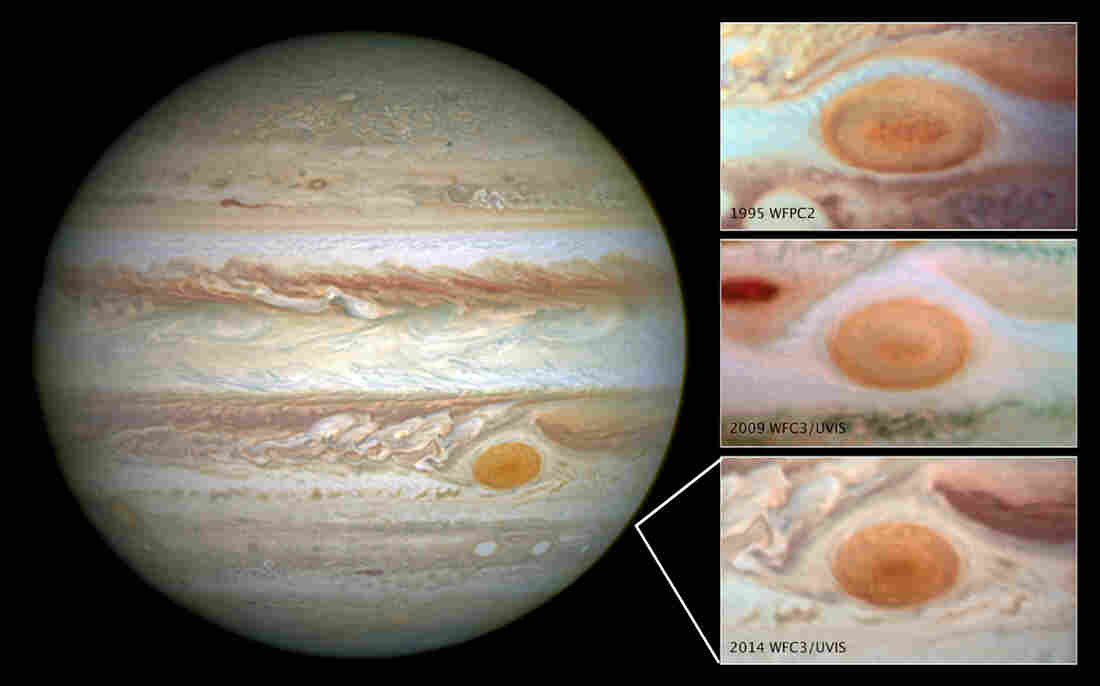 No one has a good explanation for what's happening, but it keeps happening. According to NASA, the rate of shrinkage seems to be quickening. It's now losing around 1,000 kilometers of dot every year. The last measurement, from Hubble telescope on April 21, was just under 16,500 kilometers across, "the smallest diameter we've ever measured," says Amy Simon of NASA's Goddard Space Flight Center in Maryland.

Will it go to zero? Who knows. But oh, I hope so — for Jupiter's sake. Speaking as a Dotted One, dots aren't pleasant. I've read that as she got older, even Cindy Crawford, goddess of the Beauty Mark, had unpleasant thoughts about hers. It grew a little, and she worried. I don't know what Richard Thomas thinks because, as I've mentioned, we've never talked. But I do have little chats with Jupiter all the time. I'll look up at it in the early evenings, cover my dot with my pointer finger (so it can't hear), and I say, through gritted teeth, "lucky you!" And Jupiter (I feel this) — Jupiter knows exactly what I'm talking about. It's got to be totally pleased. One day, it will do a complete rotation and this thing on its surface will have — poof! — disappeared. And if planets can sigh, that's what Jupiter will do.