I've got this friend, Craig. He's not exactly an outlaw, but if the world needs something moved that is not supposed to be moved, he will move it anyway. Only in the interest of justice. Like Batman. 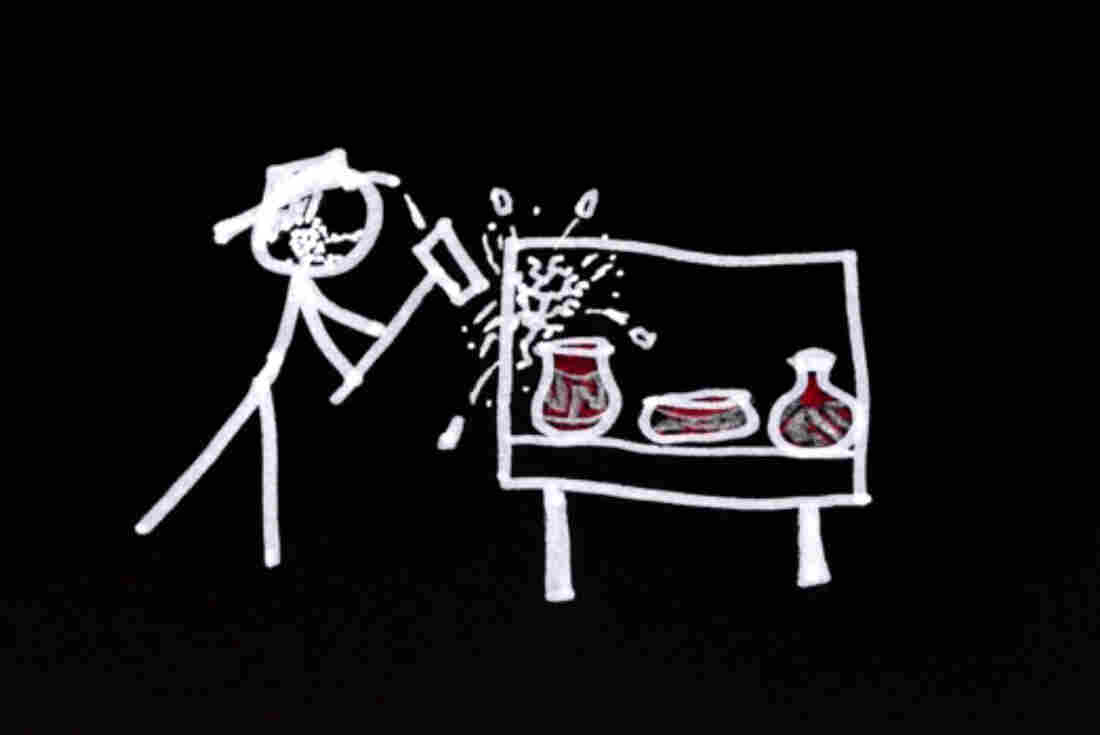 Enlarge this image
MinutePhysics and RadioLab 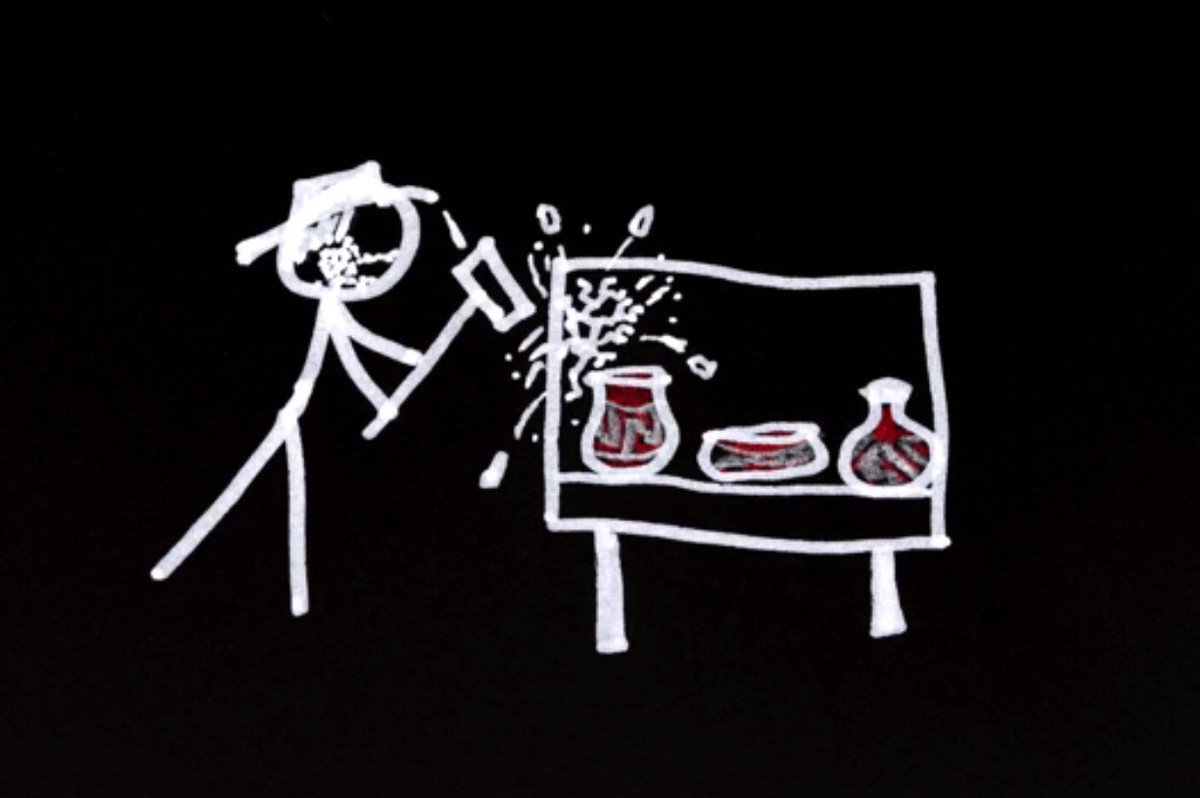 What he moved (or removed) was a small pot made by a Native American potter 700 or 800 years ago. It's what is called a seed jar, and he found it in a reading room. There were once thousands of these pots in the American Southwest, buried or stashed in nooks or graves where the Salado people used to roam, but the precious things have been mostly pillaged. First archaeologists, then private collectors, streamed across the desert, dug them up, and put them into private collections.

The museum world is now chock-full of Indian baskets and pots. The desert has almost none left.

Which is why we at Radiolab, and the wonderful Henry Reich at Minute Physics, decided to tell the story of Craig's very private act of liberation, which took place many years ago.

Craig Childs' story can be found in his book Finders Keepers, A Tale of Archaeological Plunder and Obsession. We at Radiolab did the video with Henry to celebrate our current series on the nature of things, which started with a podcast, Things, a couple of weeks ago, and continues with our newest one, about the fragile state of the kilogram, just released.

Henry, by the way, has produced another Craig Childs story, this one for your ears, which can be found at Radiolab.org.