Accessibility links
Guess Who's Been Waiting In The Lobby For A Hundred Million Years? : Krulwich Wonders... The M-Thing. It's patient. It's modest. It's relentless. It stays.

Guess Who's Been Waiting In The Lobby For A Hundred Million Years?

Guess Who's Been Waiting In The Lobby For A Hundred Million Years?

Sometimes the quiet ones surprise us.

Take moss — those fuzzy green pads you see on the sides of old trees, or hanging onto rocks. Who notices moss? It's just ... there, doing whatever it does — so slowly, so terribly slowly, that nobody bothers to think about it. Moss creeps up tree bark, sits quietly on crevasses in rocks. Moss is an old, old life form, one of the earliest plants to attach to land around 450 million years ago. It's very patient, very modest — but when you look closely, you discover it has super powers. 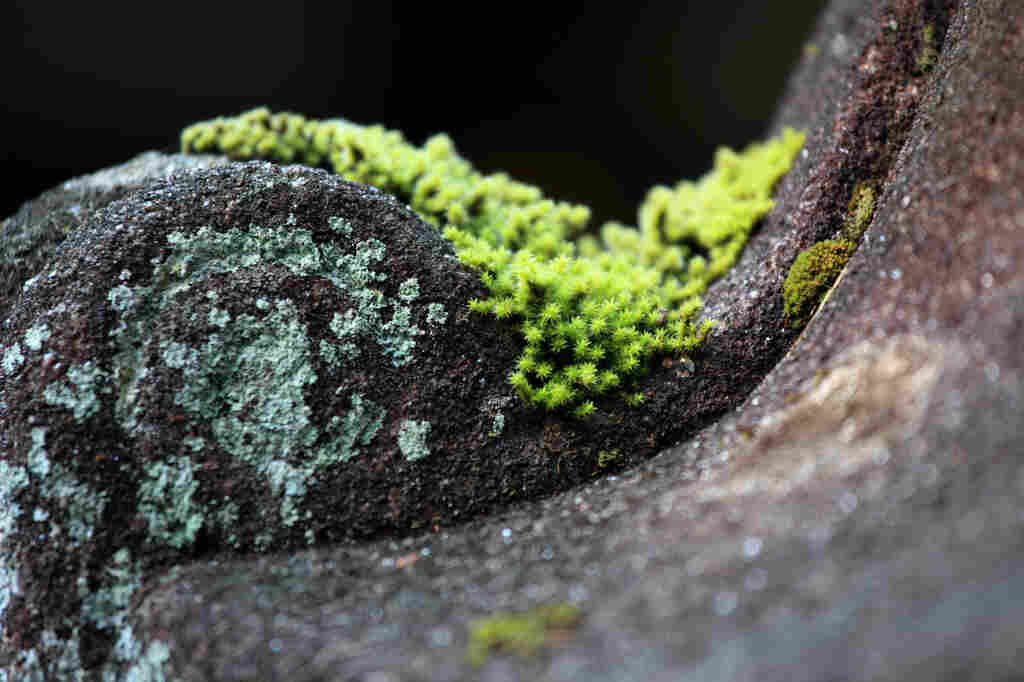 I've just read a spectacular ode to moss, written by Elizabeth Gilbert. (Remember Eat, Pray, Love? Same author. She's got a new novel, The Signature of All Things.) In it, Gilbert tells the story of Alma Whittaker, a plant-loving Philadelphia girl who finds a couple of boulders behind her house with small patches of moss. They are different species, and when Alma looks closely, she sees they are fighting each other for space. She watches them do battle, slowly, furiously, and she's so fascinated, she keeps looking and noticing and studying those backyard mosses for decades. What she discovers thrills her.

"Moss is inconceivably strong. Moss eats stone; scarcely anything, in return, eats moss. Moss dines upon boulders, slowly but devastatingly, in a meal that lasts for centuries. Given enough time, a colony of moss can turn a cliff into gravel, and turn that gravel into topsoil."

Moss isn't choosey. It will grow anywhere it can: "It grows on bricks," Gilbert writes. "It grows on tree bark and roofing slate. It grows in the Arctic Circle and in the balmiest tropics. It grows on the ... backs of snails, on decaying human bones." Not only is it everywhere; it hangs around. Even ancient moss, dead for hundreds of millions of years, sends us signals.

You can be standing in the lobby of the Sears Tower (now called the Willis Tower) in Chicago, or at Lincoln Center in New York, the Getty Museum in Los Angeles, the Vatican, or the Colosseum in Rome, and in all those places you will see travertine, the often colorful, veined and polished stone that's been used by architects for 2,500 years to enhance walls, lobbies, columns.

Travertine is calcite and gypsum that once mixed with warm, mineral-rich water from hot springs. Sometimes moss grabbed onto these stones and becomes a "moss crust" (which you can see here), and attaches with a vengeance, as you see here: 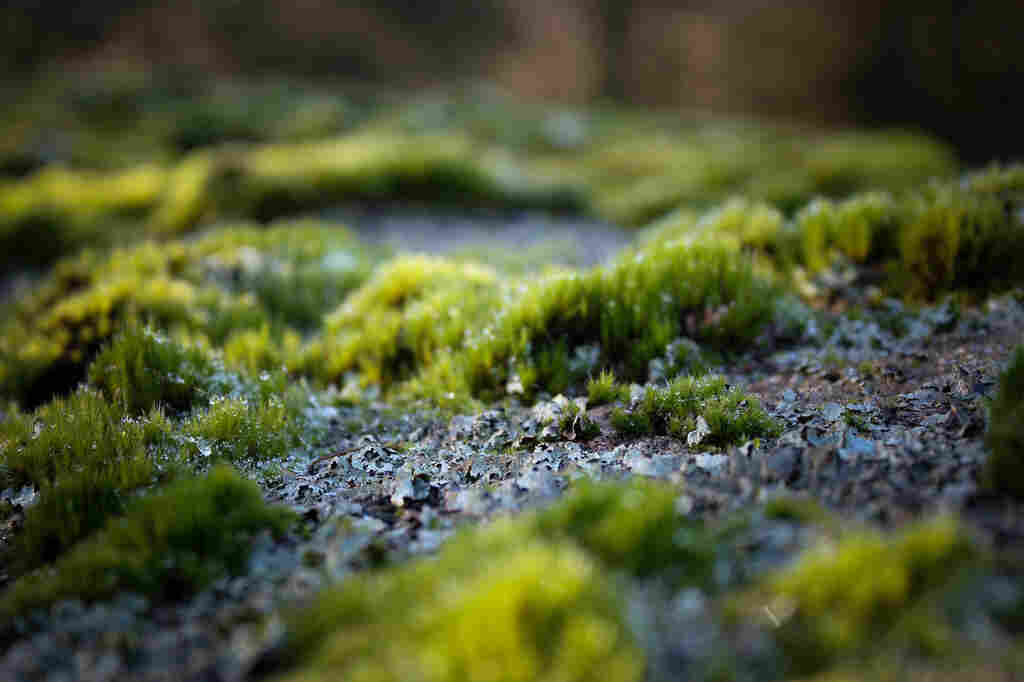 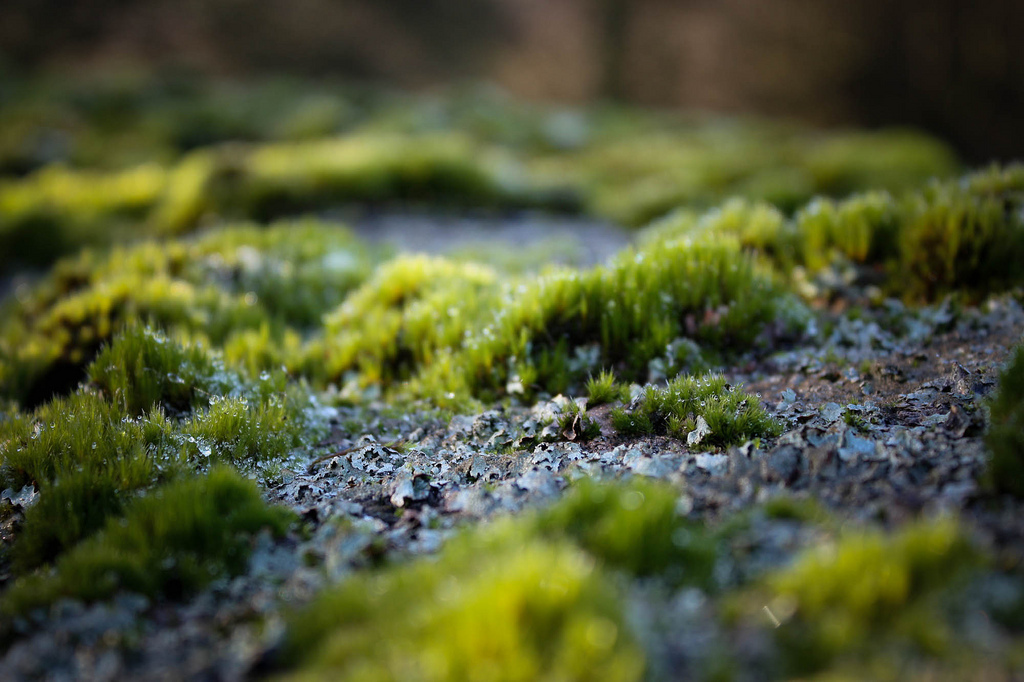 As Elizabeth Gilbert describes it in her book:

Under shelves of exposed limestone, moss colonies create dripping, living sponges that hold on tight and drink calciferous water straight from the stone. Over time, this mix of moss and mineral will itself turn into travertine marble. Within that hard, creamy-white marble surface, one will forever see veins of blue, green and gray — the traces of the antediluvian moss settlements. St. Peter's Basilica itself was built from the stuff, both created and stained with the bodies of ancient moss colonies. 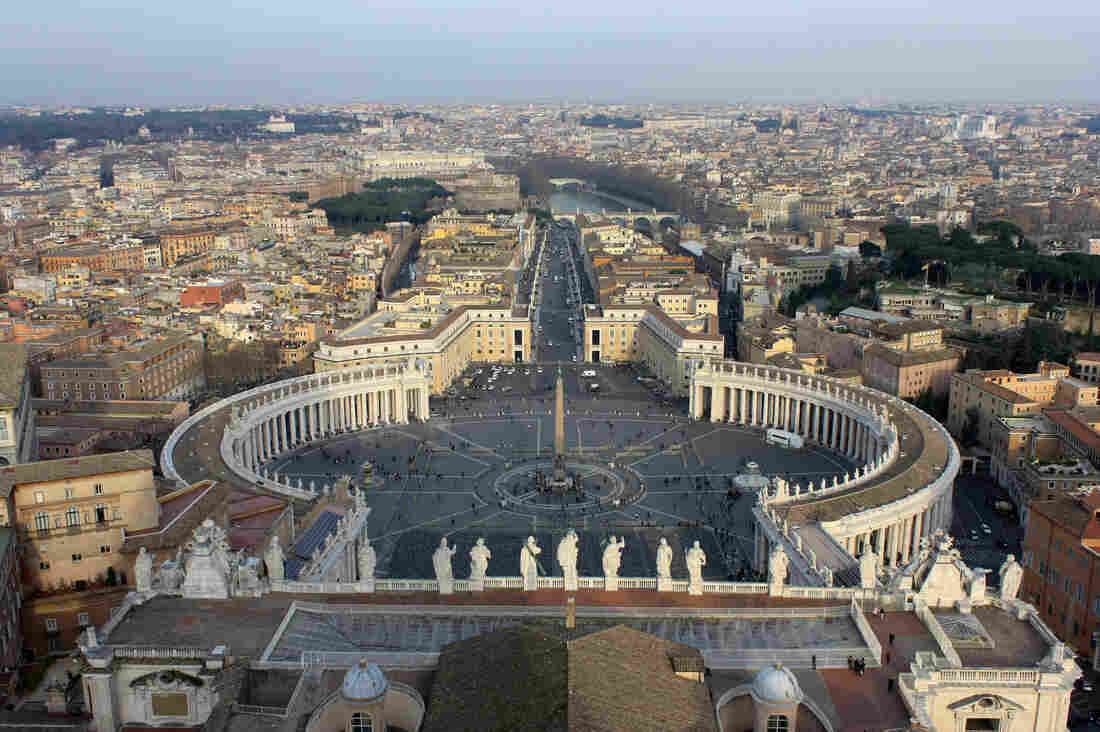 Think of it. You are standing in St. Peter's square before Bernini's spectacular colonnade of pillars, each one pocked and veined with pinks and blues and reds, some from minerals carried in by ancient hot springs, some from mosses that hung on for so long they turned to stone. If you step closer, those mosses are still evident, peeking out at you, across hundreds of millions of years, frozen, marbleized, but still whispering ..."we were here ... we were here ...we were here. ..." 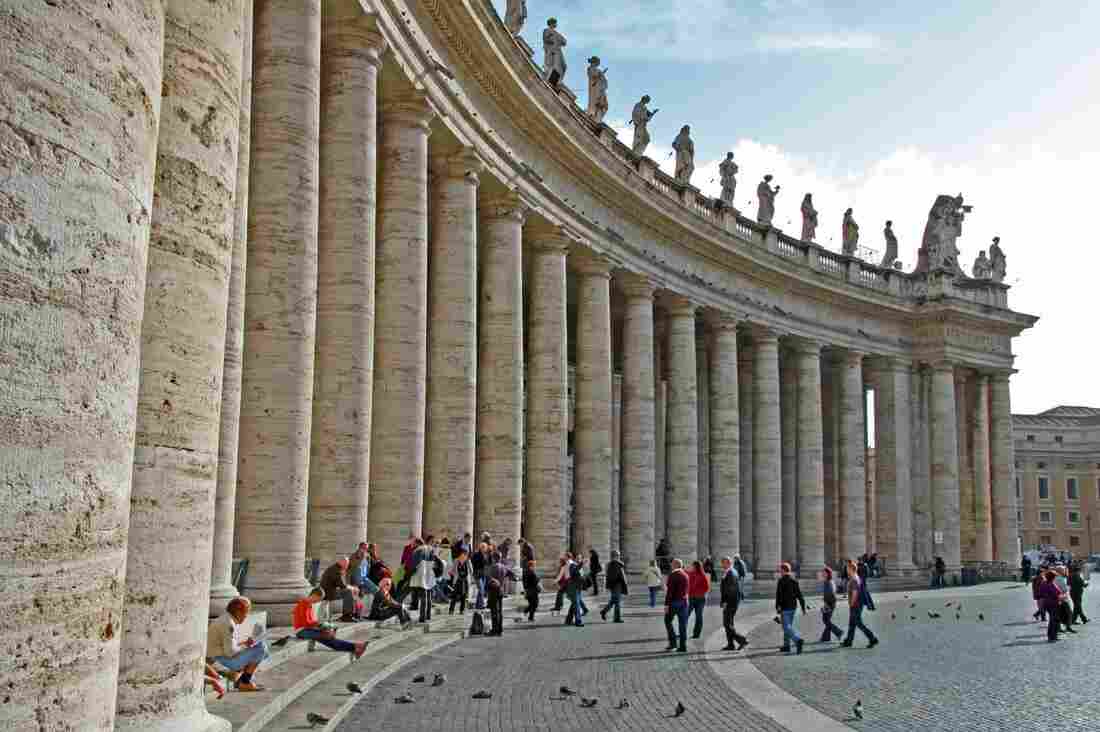 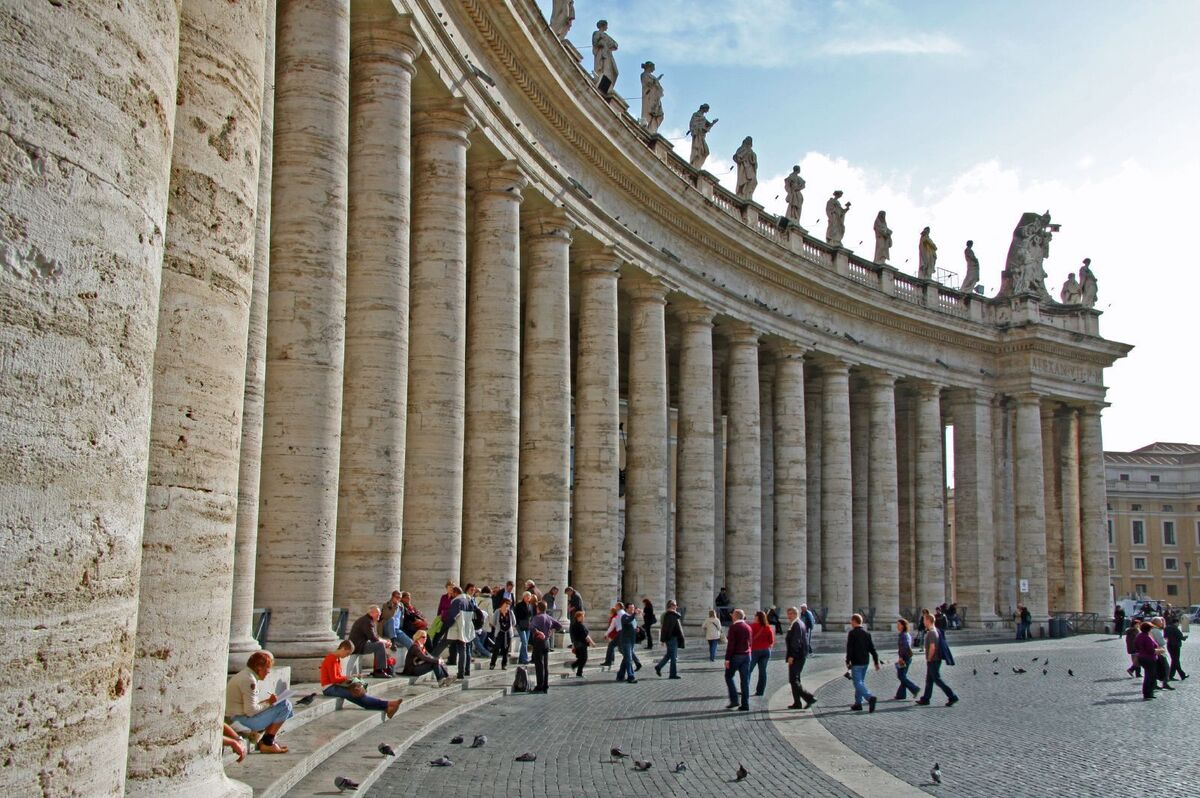 And they're still here, still grabbing on, not letting go. A couple of years ago, the Vatican issued a special postage stamp to raise money for an emergency restoration program. It seems those same Bernini pillars (the ones you see on Christmas and Easter when the Pope makes his annual appearance on the balcony) are under attack. It will cost $18 million to repel the invaders, who just happen to be (I'm sure you saw this coming) clumps of pillar-eating ... moss.

If, by some crazy chance, I've put you into a moss-swoon, then you can keep your high going by checking out this short video tribute to moss by Brian Engh.