Accessibility links
A Giant Appears At The Edge Of An African Roadway : Krulwich Wonders... If the task is to think backward, to an important moment in history, here's a stunning way to do it: It's a jewel of a monument alongside a road in South Africa.

A Giant Appears At The Edge Of An African Roadway

A Giant Appears At The Edge Of An African Roadway

They look so strange. Fifty steel columns, most of them 33 feet tall, standing upright in the middle of nowhere, like a gaggle of broken combs. What are they? They are set on a zigzaggy brick pad at the edge of a field about 55 miles from Durban, South Africa. Why? As we approach our own Sept. 11 anniversary — with the waterfall memorial now open in Manhattan and visitable — I'd like you to see this place. It teaches lessons about remembering. ... 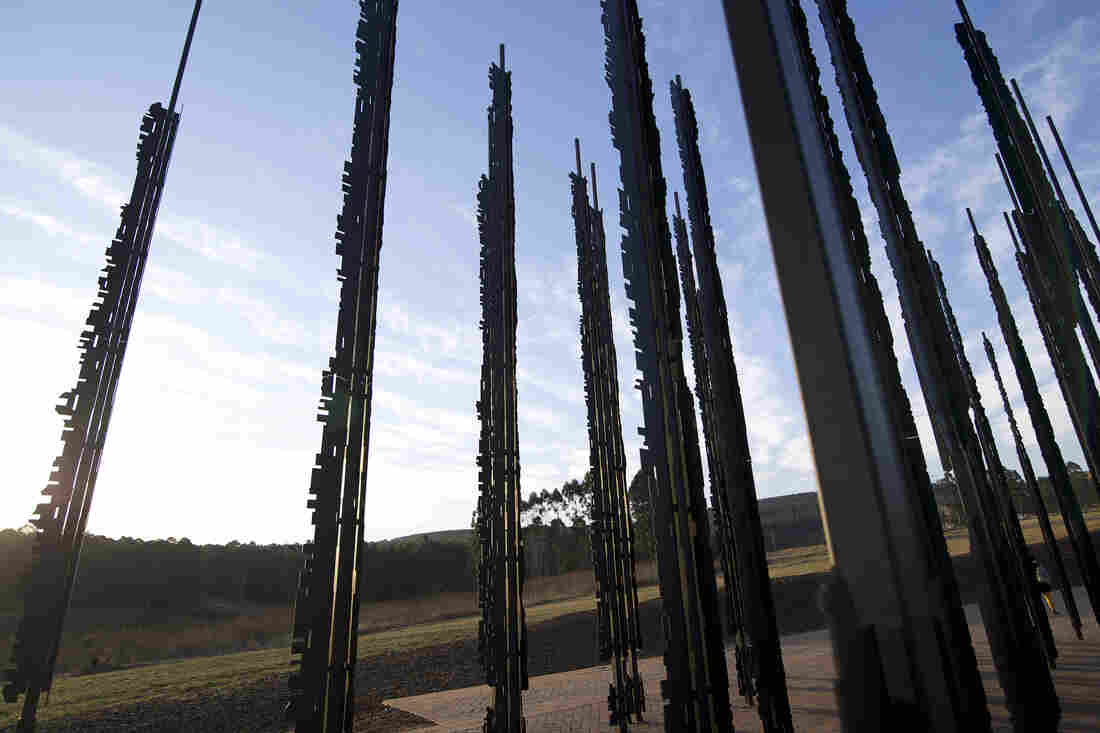 On Aug. 5, 1962, Nelson Mandela was in a car traveling along this very road, R103. He was pretending to be "David Motsamayi," a chauffeur for a wealthy businessman who was with him in the car (but wasn't really a businessman. He was Cecil Williams, a rather well-known white South African theater director and communist activist.) The two men were looking for government buildings they could target, then one day blow up as part of the African National Congress' increasingly militant campaign to end South Africa's racial apartheid laws.

As they drove by this spot, the police approached, flagged down their car and asked Mandela and Williams who they were. They lied. The police had been tipped (by whom we don't know), and knew Mandela was not a chauffeur but a revolutionary who had slipped illegally back into South Africa. He was arrested, tried, convicted and then sent to jail for 27 years.

By the time he was released, Mandela had become a world-famous freedom fighter, and would be elected the first president of a new, multicultural South Africa. But here, on this little patch of road, is where it all began. Mandela often said that his time in jail was, despite its pain, a fertile period — a pause that allowed him to rethink, regroup and re-energize his movement. 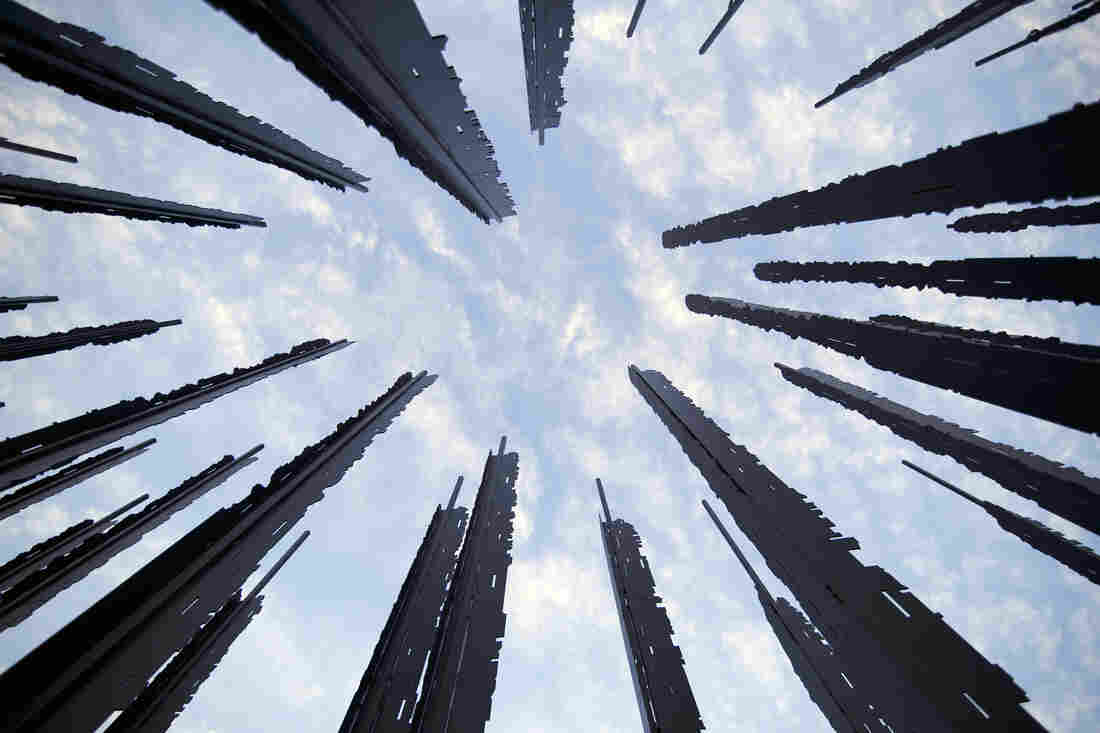 That notion is celebrated here by South African artist Marco Cianfanelli, who created this curious sculpture 50 years after Mandela's arrest — thus the 50 columns. From the side, they are jagged bars, as in a jail. But step away, view them from the right angle, and they become the man they imprisoned. Mandela emerges from his cage as the bars are transformed into the contours of his face, proudly bathed in light. 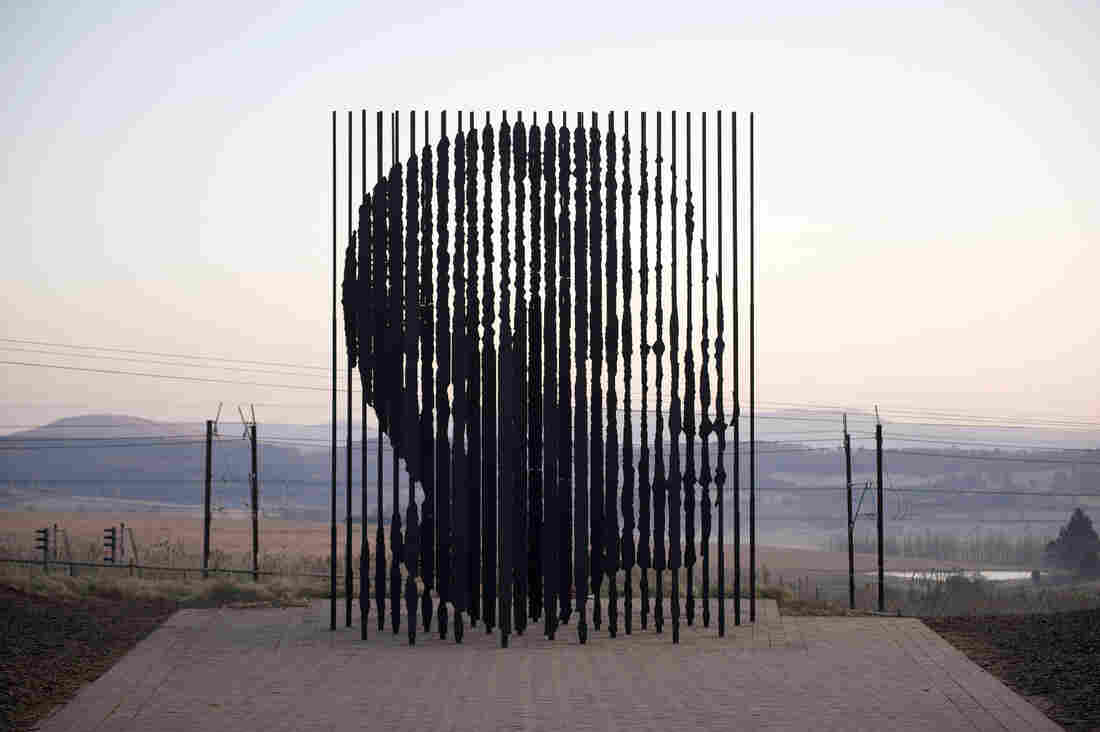 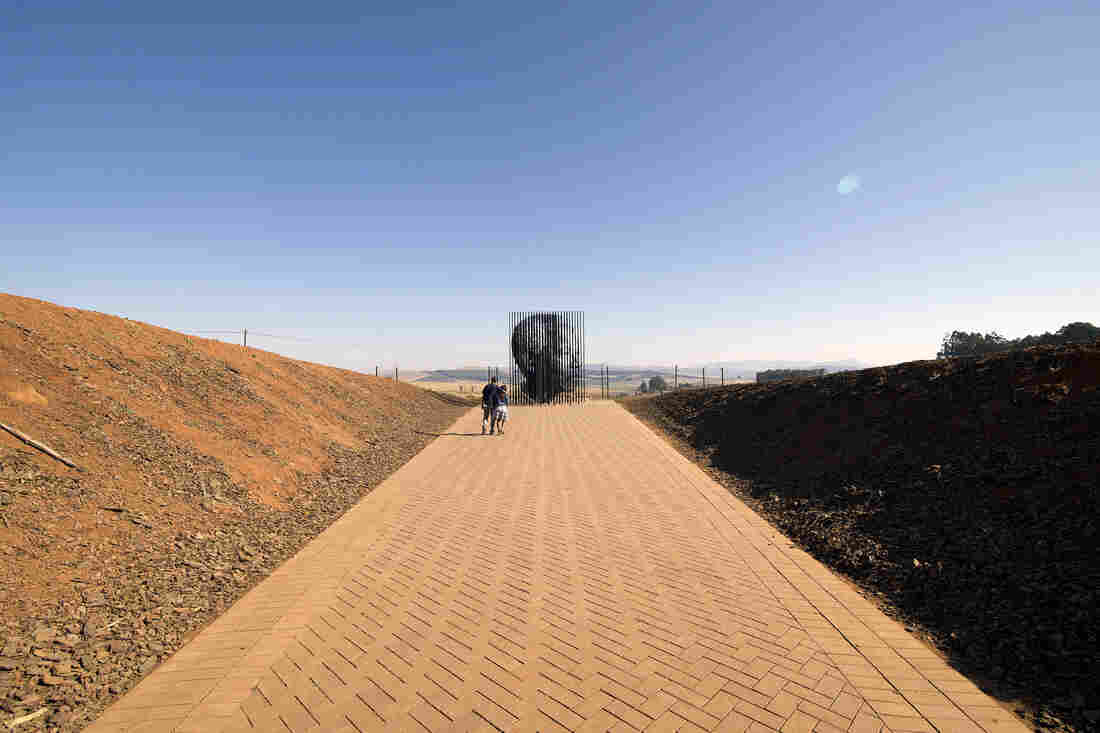 You can stand before that face, or shift, and let him disappear. Cianfanelli calls his sculpture Release, because the "arrangement of the columns create a sense or moment of fracture"; you can create that moment over and over on your own, just by stepping left or right. Freedom, in this viewing, is always a possibility, but sometimes it's hidden and waiting, and sometimes it steps out and declares itself. The choice, in some sense, is ours — it's where we choose to stand.

To my mind, this is what a public sculpture should be: It should shift, play and be continuously engaging. Time robs most monuments of their original significance. Writing in the New Yorker recently, Adam Gopnik reported that the Statue of Liberty was originally built as an anti-slavery message, a statement by republican France that it was siding with the Union and emancipation. There is, he says, a "broken slave shackle around Liberty's foot" that is now hardly noticed, because we have reimagined Miss Liberty as a celebration of immigration and welcome.

The monuments we build today are going to shift and change — just like we do. What I like about the Mandela sculpture (and what makes me uneasy about the World Trade Center pools), is that Cianfanelli knows that we're changelings, so his monument keeps asking us to shift position, to adjust, to rethink. The trip from jail to freedom (and back) is a provocative subject; it will keep people thinking for a long, long time. ... 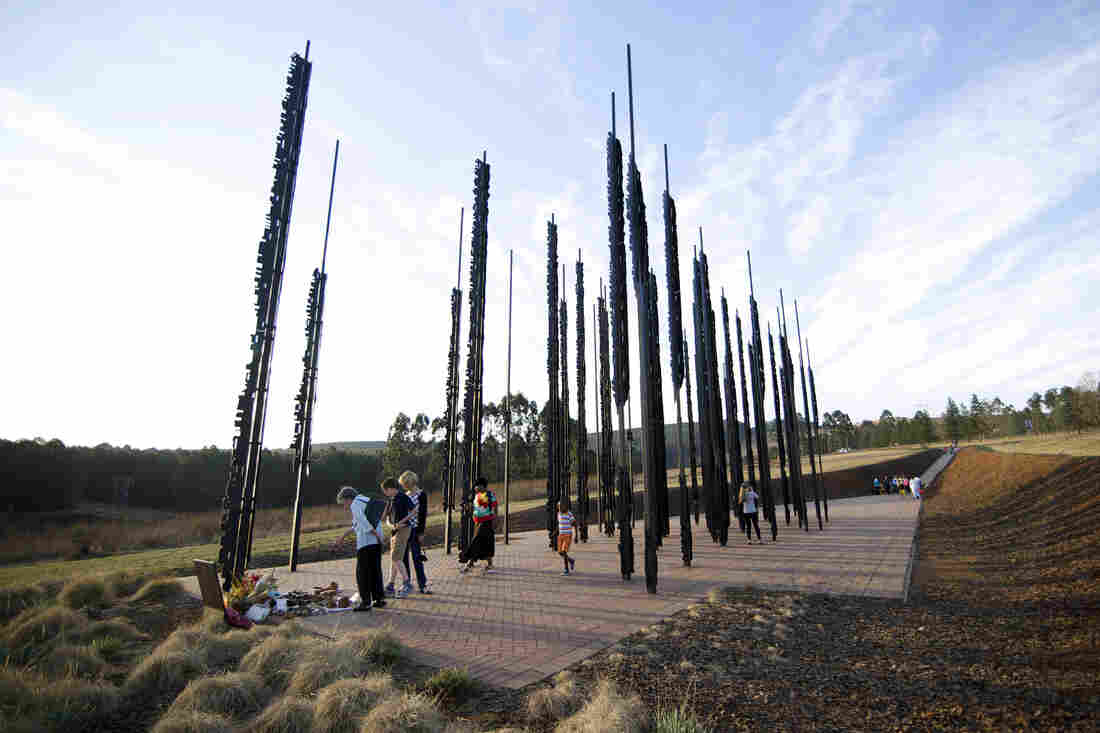 Meanwhile, Back In Manhattan ...

The new New York monument centers on two rectangles, "reflecting pools" that drop water into two pits to a dark space below. If "reflection" means "let's be sad together," these pools do that — at least for the generation that was around when the buildings fell. But I wonder what they will say to folks 50 years from now. You will step up to the two big black holes, see the water crashing down then, curiously, bubbling back up, then down again, and you will think ... what? It might prompt thoughts about innocence or evil or falling — but, unlike the Mandela sculpture, its message is blurry, more sentimental than provocative. A good monument creates good conversation. In South Africa, they're having a better one.

If you want to visit the Mandela monument without flying to South Africa, here's a short tour: