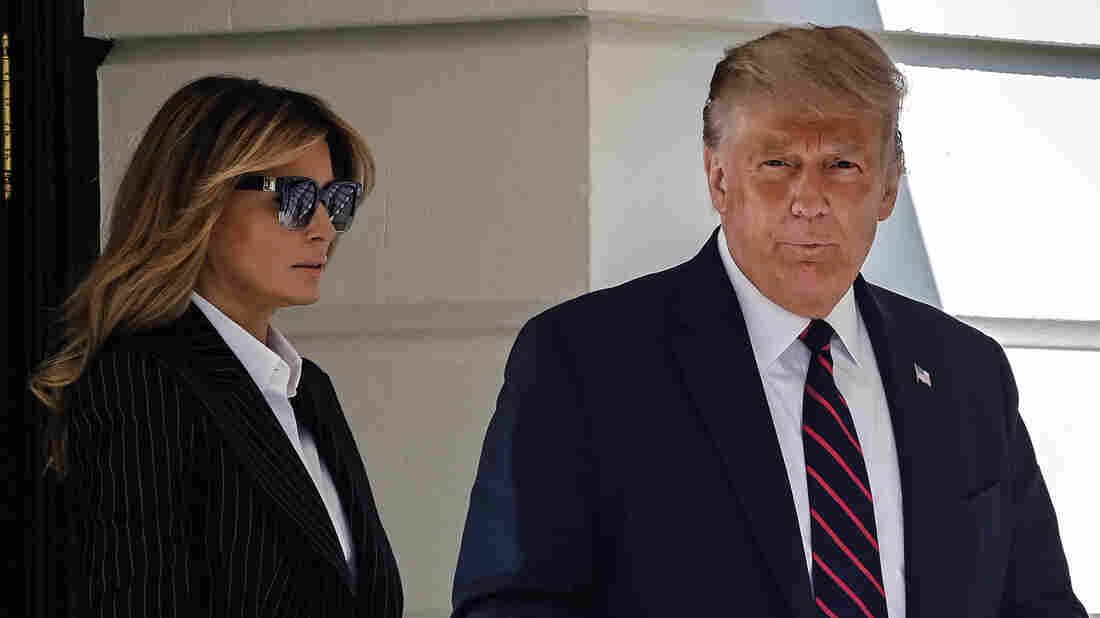 President Trump and first lady Melania Trump leave the White House on Tuesday for the first presidential debate. The president announced early Friday that he and the first lady have tested positive for the coronavirus. Bill O'Leary/The Washington Post via Getty Images hide caption 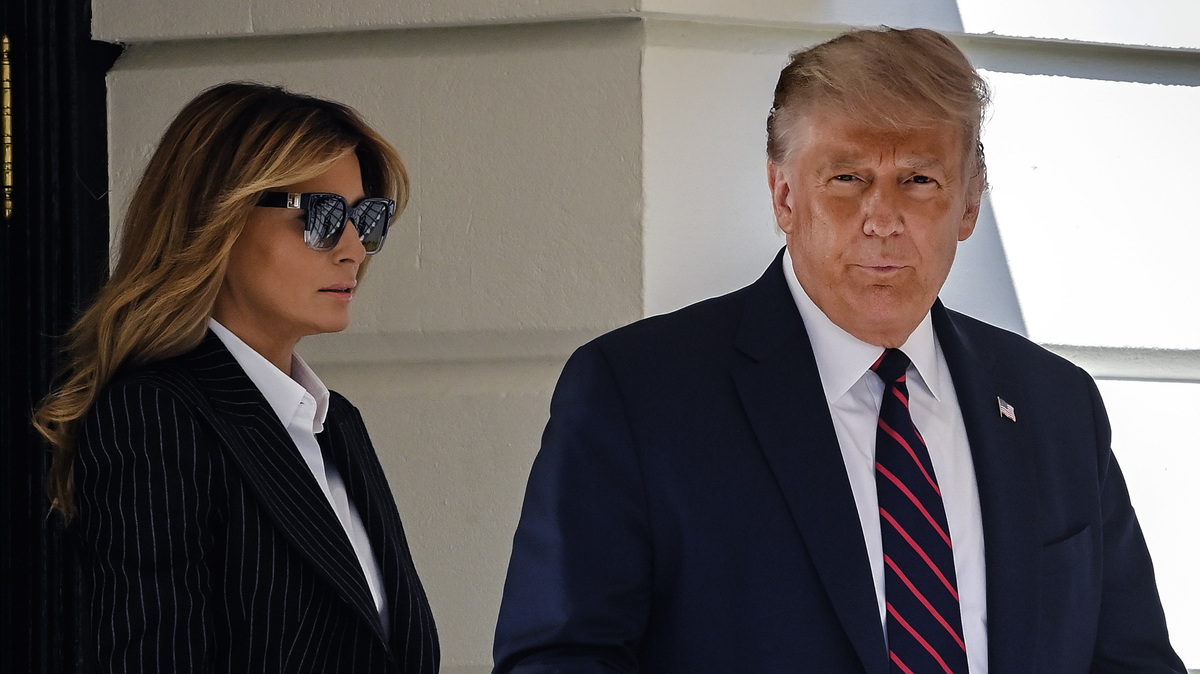 President Trump and first lady Melania Trump leave the White House on Tuesday for the first presidential debate. The president announced early Friday that he and the first lady have tested positive for the coronavirus.

The country was put on edge overnight as President Trump announced that he and first lady Melania Trump have tested positive for the coronavirus, a stunning announcement that raises concerns about their health and throws the final stretch of the presidential campaign — already upended by the pandemic — even further into unknown territory.

The president's doctor on Friday said Trump had received a "precautionary" single 8-gram dose of Regeneron's antibody cocktail "without incident."

Additionally, he has been taking zinc, vitamin D, famotidine and a daily aspirin, White House physician Sean Conley said in a statement.

"As of this afternoon, the President remains fatigued but in good spirits," Conley said.

"First lady Melania Trump remains well with only a mild cough and headache," he said.

Trump plans to continue carrying out his duties but is expected to remain home for two weeks, canceling campaign events as doctors watch him at the White House.

Trump is 74, an age that makes him more vulnerable to the virus. White House chief of staff Mark Meadows told reporters Friday that the president has "mild symptoms."

He did not directly answer a question about the type of symptoms that Trump is experiencing. The first lady said on Twitter that she also has mild symptoms but is "overall feeling good."

Meadows said, "The doctors continue to monitor both his health and the health of the first lady. We'll continue to do that. They'll be glad to provide some updates later today as we look at this."

The chief of staff said Trump was in good spirits and had asked him about progress on aid talks with Congress as well as giving him a to-do list.

The news came after midnight by tweet. In it, the president said: "Tonight, @FLOTUS and I tested positive for COVID-19. We will begin our quarantine and recovery process immediately. We will get through this TOGETHER!"

Tonight, @FLOTUS and I tested positive for COVID-19. We will begin our quarantine and recovery process immediately. We will get through this TOGETHER!

In a memo dated Oct. 1, Conley, the White House physician, confirmed that Trump and his wife had tested positive for the virus on Thursday.

"The President and First Lady are both well at this time, and they plan to remain at home within the White House during their convalescence," he said. He added that he and the White House team will maintain a "vigilant watch" over the Trumps.

The president had a campaign rally planned for Friday in Florida and two on Saturday in Wisconsin, which is seeing a spike of cases.

A White House official said that the president's staff was working out how to run things during the next 14 days — the possible length of a presidential quarantine.

"He's fine now. He's in good spirits. He'll be OK, the doctor's optimistic. He'll get treatment. We're in a pretty good place to treat this," the official said.

Biden And Harris Wish The Trumps A Swift Recovery

"From a continuity standpoint — listen, we'll be fine, we'll figure out a way to do it," the official said. "The vice president can step in where he needs to. The president is obviously going to want to be very engaged — and he will be. As you know, he's not one to sit still."

Vice President Pence and his wife, Karen, who are tested daily for the coronavirus, tested negative on Friday, a spokesman said.

Only hours earlier before his own announcement, the president had told Sean Hannity in an interview on Fox News that he and the first lady had begun "a quarantine process" after White House adviser Hope Hicks tested positive for the virus. Hicks is one of the president's closest aides.

Hicks traveled with Trump on Air Force One both to Tuesday night's debate against Democratic nominee Joe Biden and to a rally Wednesday in Minnesota.

Meadows said other staffers may eventually test positive for the virus.

"I fully expect ... other people in the White House will certainly have a positive test result," he said, saying that the White House had plans to ensure its work moved forward.

Although COVID-19 has claimed more than 207,000 lives in the U.S., many people who become infected by the virus show only mild symptoms, or none whatsoever.

For months, Trump has downplayed the severity of the virus and contradicted medical professionals on the importance of wearing masks. At recent rallies — most of which are outside — large crowds have gathered, with many in the audience opting against wearing the widely recommended face masks.

Trump is rarely seen wearing a mask in public, citing the frequency of coronavirus testing for both himself and his staff.

At Tuesday's presidential debate, Trump even scoffed at Biden's frequent use of masks.

"When needed, I wear a mask," Trump said. "I don't wear masks like him. Every time you see him he wears a mask. He could be speaking 200 feet away. He shows up with the biggest mask I've ever seen."

Biden wished the Trumps a speedy recovery on Friday.

Globally, the coronavirus has been responsible for more than 1 million deaths.