Accessibility links
Tracing Trump's Contacts: Who Came Near The President? : Live Updates: Trump Tests Positive For Coronavirus "I suspect many senior members of the government are going to have to go into quarantine," says Dr. Ashish Jha, dean of the Brown University School of Public Health. 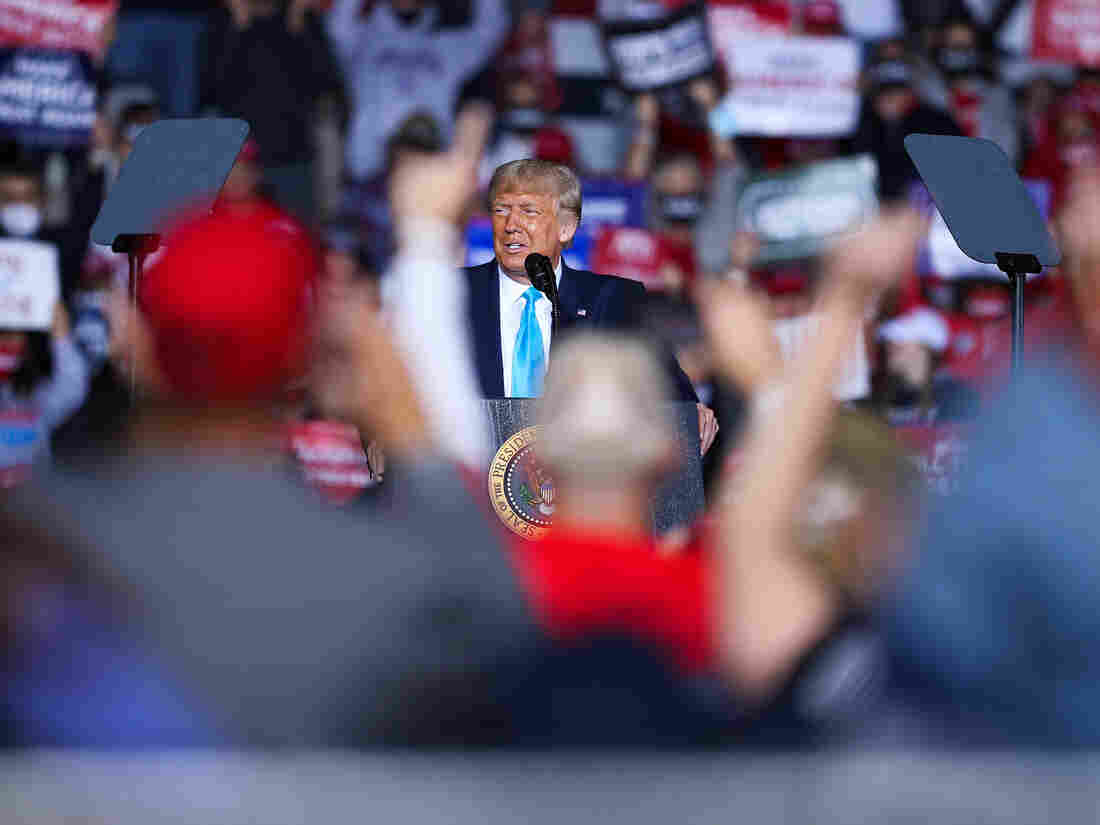 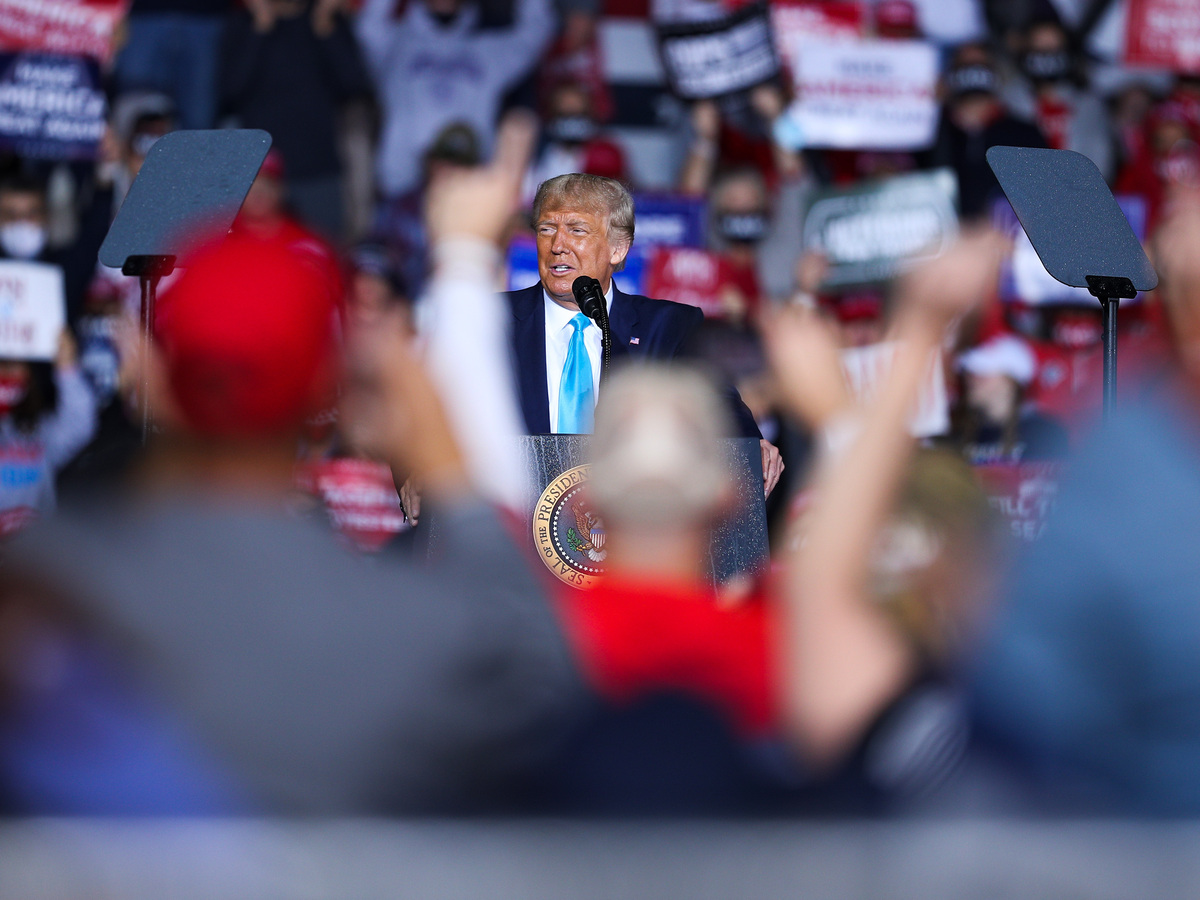 President Trump speaks during a campaign rally at Harrisburg International Airport in Middletown, Pa., on Saturday.

With President Trump's announcement early Friday that he and the first lady have tested positive for the coronavirus, much of the focus inside the White House will likely turn to contact tracing.

In the past week alone, Trump has held rallies in Virginia, Pennsylvania and Minnesota; welcomed his Supreme Court nominee to the White House; and, of course, traveled to Ohio for Tuesday's presidential debate. Along the way, he came into close contact with countless White House officials and supporters.

It's a situation that Dr. Ashish Jha, dean of the Brown University School of Public Health, calls a "nightmare."

President was diagnosed with SARS-CoV2 infection evening of Oct 1.

First and foremost, we wish him and FLOTUS a speedy recovery

We also need to sort out who else has been infected

"He has been around a lot of people over the last five, seven days and certainly in the last couple of days when he was likely infectious, he was around a lot of folks, including Vice President Biden," Jha told NPR's Morning Edition. "I suspect many senior members of the government are going to have to go into quarantine. There's a lot of work ahead. This is going to be complicated. This is — while of course it's about the president — it's not just about the president."

White House personnel will have to race to identify anyone who came into contact with the president, said Jha, who noted that the traditional metric used by the Centers for Disease Control and Prevention to gauge close contact is anyone who was within 6 feet for 15 minutes.

"Anybody who was on the airplane with him, anybody who's been in the White House with him, somebody who attended a rally who was, you know, 100 yards away, doesn't need to worry," Jha said. "But anybody who was in close contact with him for any extended period of time needs to be identified and quarantined and probably tested."

Vice President Pence has already tested negative for the coronavirus, as has Treasury Secretary Steven Mnuchin, Health and Human Services Secretary Alex Azar, the president's daughter and adviser Ivanka Trump and her husband, Jared Kushner, who serves as a senior adviser.

The White House has said the president and first lady are experiencing "mild symptoms" and that they are expected to remain at the White House for the next two weeks.

"He should absolutely be in isolation. He should not be seeing really anybody else," Jha said. "As we saw with [British] Prime Minister [Boris] Johnson, it can take, you know, five, 10 days before the real severe symptoms come on. So we're going to hope that this goes smoothly. But I'm worried about the next week ahead."