Accessibility links
If Trump's Condition Worsens: Expert Lays Out Scenarios For Ballot, Government : Live Updates: Trump Tests Positive For Coronavirus It would be "very difficult" to pull President Trump's name from the November ballot, says John Fortier, who led the Continuity of Government Commission. But that's just one hypothetical. 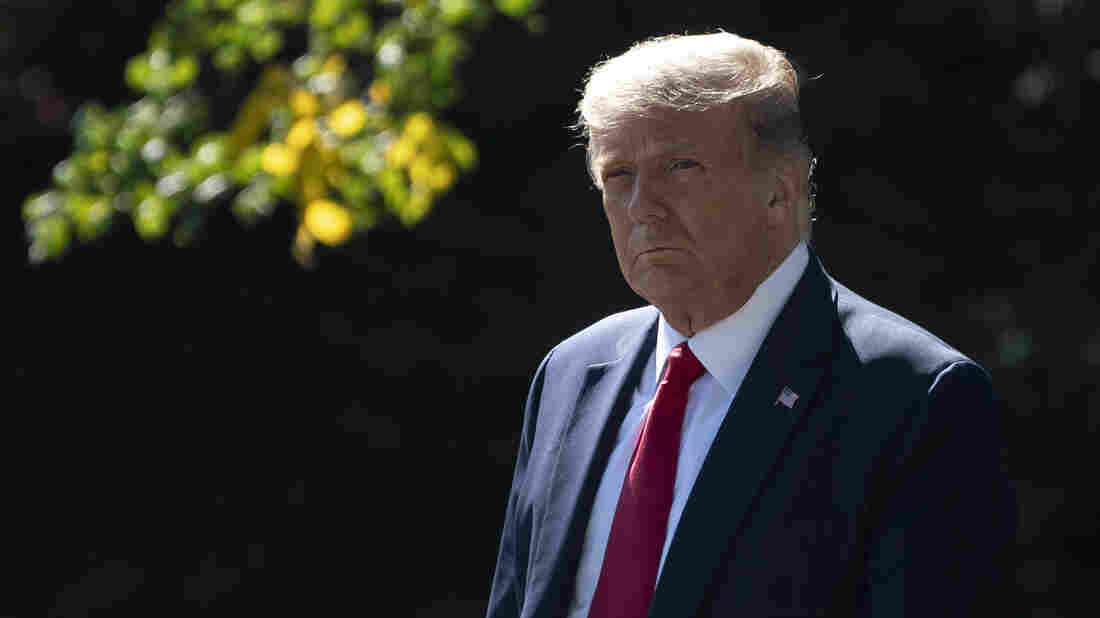 A contentious scenario could play out if President Trump disagrees with assessments of his ability to perform in office, says John Fortier, former executive director of the Continuity of Government Commission. Trump is seen here preparing to leave the White House earlier this week for a fundraising event and campaign rally in Minnesota. Drew Angerer/Getty Images hide caption 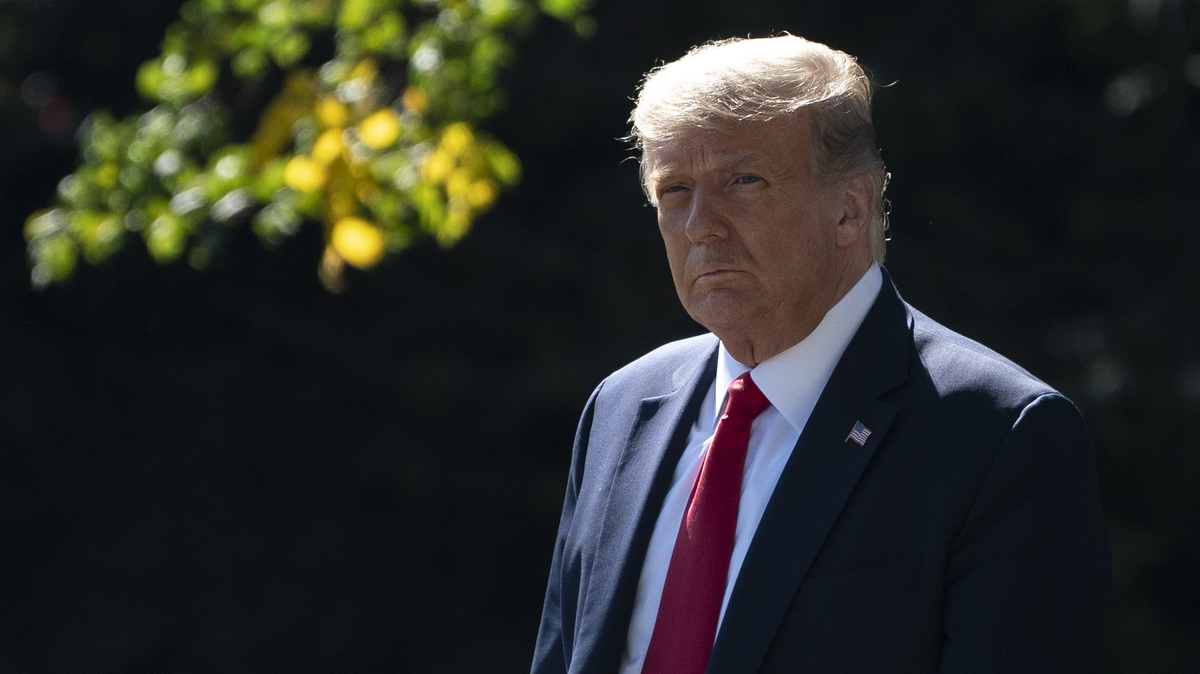 A contentious scenario could play out if President Trump disagrees with assessments of his ability to perform in office, says John Fortier, former executive director of the Continuity of Government Commission. Trump is seen here preparing to leave the White House earlier this week for a fundraising event and campaign rally in Minnesota.

President Trump's positive coronavirus test has set off contingency possibilities that center on some key questions: What if COVID-19 renders the president incapable of executing the duties of his office? How would that affect the government — and the current election season?

"There are some significant concerns if things were to worsen," says John Fortier, the former executive director of the Continuity of Government Commission, a group set up in the wake of the 9/11 attacks on the U.S.

Some scenarios are clear, such as the president possibly invoking the 25th Amendment to briefly transfer power to Vice President Pence, as some presidents have done with their second-in-command before an elective surgery. But others are very murky.

"What would be a little harder is if the president got sick enough that he wasn't able to make the determination," Fortier tells NPR.

Things would get much more complicated, he adds, if Trump were to disagree with an assessment deeming him unable to perform his job. The challenges would only multiply if Trump's health also required his removal from the November ballot.

However, on Friday evening, the president went to the hospital, where he is expected to stay for a few days.

Many people never develop symptoms after being infected by the coronavirus. But the seriousness of the disease is raising questions about what might happen if the 74-year-old president, whose age and weight put him at increased risk, falls seriously ill. What would happen, for instance, if he spends time in intensive care as U.K. Prime Minister Boris Johnson — who is roughly 20 years younger than Trump — did earlier this year during his bout with COVID-19.

The U.S. system has several layers of escalation for such circumstances, Fortier says.

If a president is too ill to make a determination about their health, he says, "There's still a provision in the Constitution where you can have the vice president, a majority of the Cabinet, say it's time for the vice president to take over."

The most contentious situation, Fortier says, would emerge if the president thinks otherwise.

"Congress might have to decide whether to keep the president on, or to keep the vice president," he says. "So it could go further down the line, but, you know, that would be the more extreme version."

With the November election date looming, it would be "very difficult" to replace Trump on the ballot if he has to withdraw, says Fortier, who currently leads the government studies program at the Bipartisan Policy Center.

The situation is more complicated than when vice presidential candidate Tom Eagleton was replaced as George McGovern's running mate in 1972 following press reports on his treatment for mental illness, Fortier says. For one thing, that switch came during the summer. At this point, the 2020 ballots are already out.

"Could the president's name be removed from the ballot? I think it would be very difficult," Fortier says.

Other potential issues are tied to the Electoral College.

"In our election of president, we're really not voting for president, but we're voting for these electors in the Electoral College," Fortier says. "They are still there on the ballot, even if you don't see them in your state's ballot. They are behind those names."

In addition to the Nov. 3 vote, the U.S. system has two more important dates this year: Dec. 8 is the deadline for resolving election disputes and completing any state recounts and court contests, and Dec. 14 is the day electors will meet in each state to vote and sign their ballots.

"Basically, there is a possibility that even if Donald Trump's name is still on the ballot and he were to have withdrawn, that those electors could still end up voting for the Republican ticket, whatever that is, in December."

Fortier also describes a scenario in which Trump formally withdraws from the race but still wins the November vote — potentially leaving the electors to select a president who wasn't on the ballot.

"Basically those electors, many of them at least, have the freedom to choose another person," Fortier says. "We assume that would be coordinated by the party. And of course, there would be great questions about the legitimacy for the American public. But constitutionally, it's possible."

There is another possible outcome under that remote scenario. If Republicans can't agree on who should replace Trump as the winning candidate, the decision on who takes over the presidency would then go to the House of Representatives, which would vote to select a new leader from among the top finishers in the election. That extraordinary scenario would give one vote to each state delegation, rather than to each member.