Accessibility links
Ex-Chiefs Of Staff: White House Must Keep Working In All Events : Live Updates: Trump Tests Positive For Coronavirus The work of the government must not stop because of illness or the absence of the president, a group of former White House chiefs of staff said on Friday. 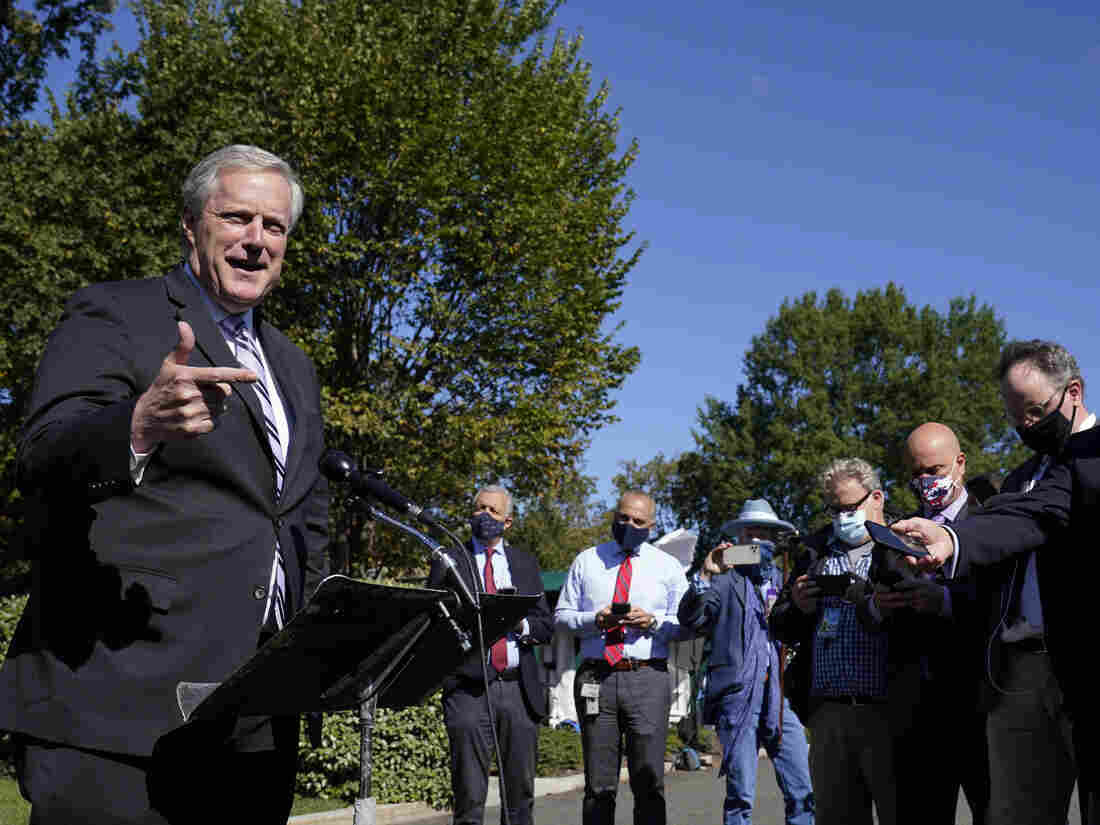 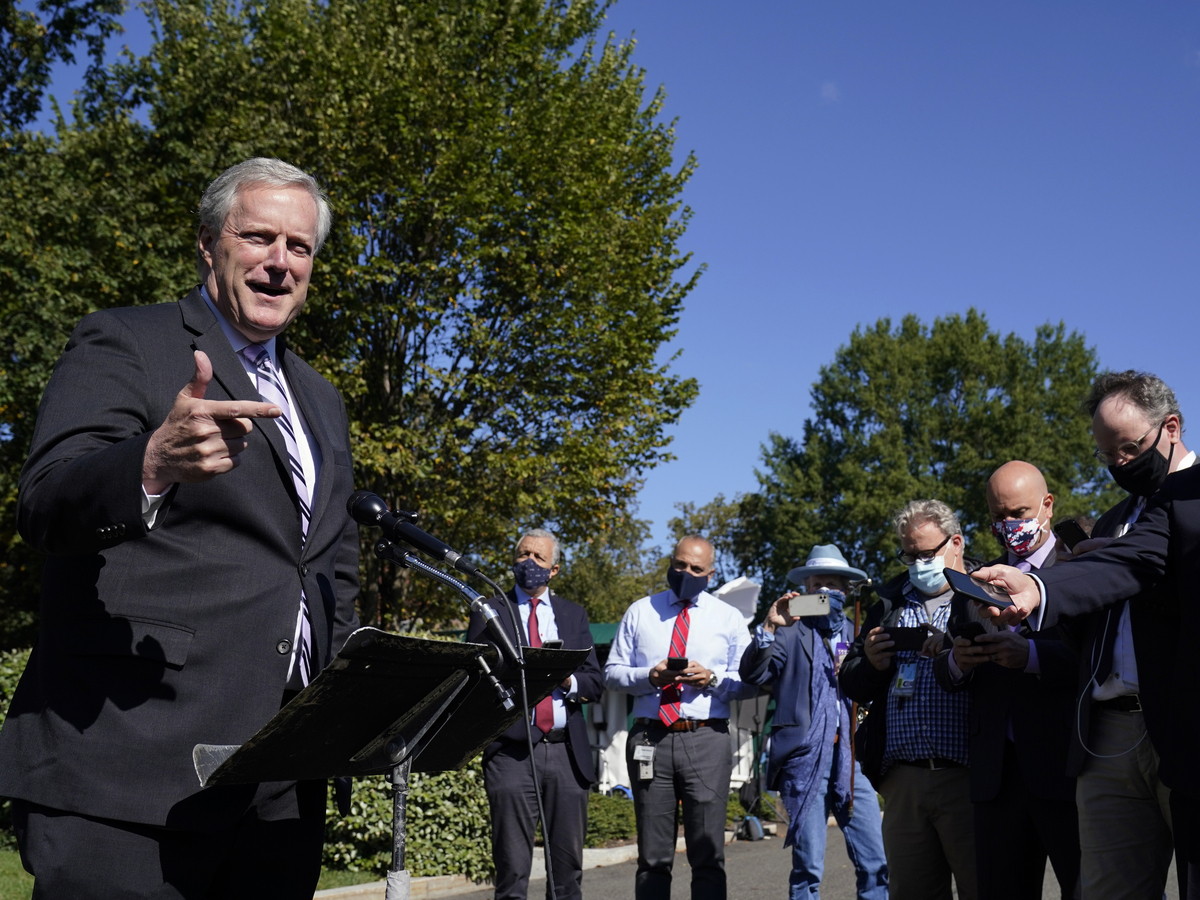 White House chief of staff Mark Meadows speaks with reporters Friday at the White House about President Trump's positive test for the coronavirus.

The White House must find a way to keep working and show that the government is still operating notwithstanding illness or the absence of the president, a group of former chiefs of staff said on Friday morning.

A bipartisan panel brought together for a virtual event by the Center for Presidential Transition said that President Trump and first lady Melania Trump's positive coronavirus tests underscored the importance of establishing practices that, when needed, can continue without the president, because the work and problems of the nation don't go away.

"The White House has to keep everything working no matter what's going on," said Andy Card, who was chief of staff to President George W. Bush. "You can't be distracted by the president's inability to attend meetings he would normally attend."

White House officials must also keep in communication with the vice president and the leaders of the Cabinet, he said, because an event that incapacitates the president might trigger other problems.

"It's a time when you have to be prepared for more unexpected things to happen," Card said.

Mack McLarty, who was chief of staff to President Bill Clinton, emphasized the importance of the vice president and the development of the ability for that person to work seamlessly within the administration.

Josh Bolten, who was another chief of staff to Bush, said he considered it important to communicate that the president continues to work, even if at a reduced capacity — as the current chief of staff, Mark Meadows, did Friday morning in comments to reporters.

Bolten and Denis McDonough, who was chief of staff to President Barack Obama, suggested the White House might try to find a way to get Trump into a situation in which TV cameras could show him.

McDonough also observed what he called the importance for the White House and other American officials to reach out to foreign capitals and assure them that U.S. commitments endure even though there may be a problem involving the president.