Accessibility links
The Health Status Of The Presidential Line Of Succession : Live Updates: Trump Tests Positive For Coronavirus No one in the immediate ranking of officials who might need to succeed the president has tested positive.

After Trump's Positive Test, Here's The Status Of The Line Of Succession

After Trump's Positive Test, Here's The Status Of The Line Of Succession 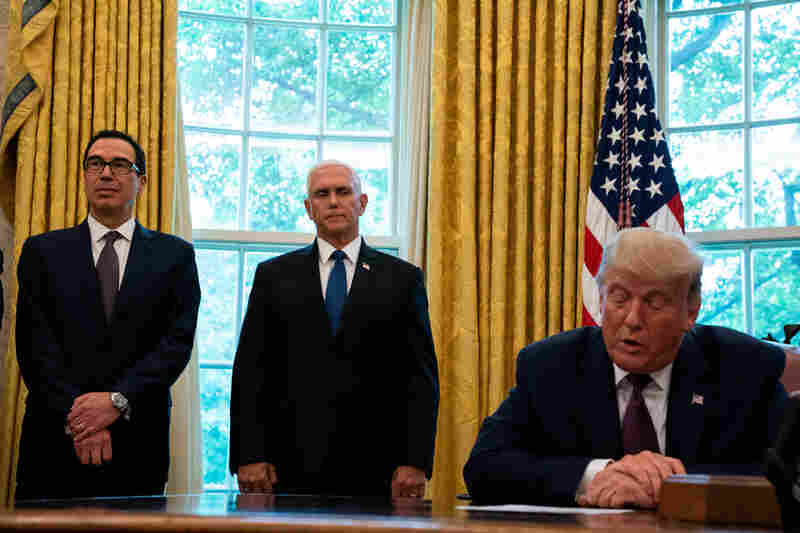 President Trump, flanked by Treasury Secretary Steven Mnuchin (left) and Vice President Pence last month in the Oval Office. Pence and Mnuchin are in the immediate line of succession if Trump is not able to perform his duties. Anna Moneymaker/Pool/Getty Images hide caption 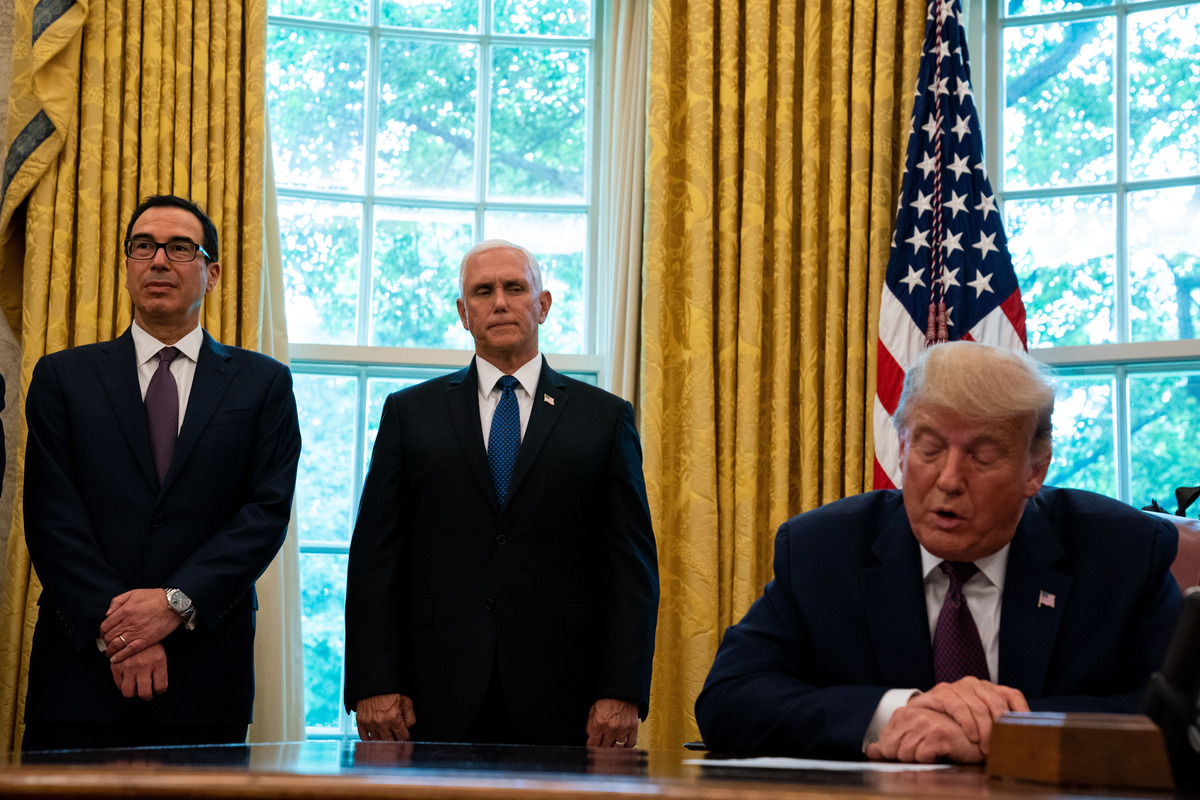 President Trump, flanked by Treasury Secretary Steven Mnuchin (left) and Vice President Pence last month in the Oval Office. Pence and Mnuchin are in the immediate line of succession if Trump is not able to perform his duties.

While there's no indication that President Trump's positive test for the coronavirus has prevented him from carrying out his duties under the Constitution, those in his immediate line of succession were quick to announce their health status on Friday morning.

Here's what we know so far about the first five people who would be on tap to become acting president in order of where they stand in the line of succession.

Vice President Pence: A spokesman announced that Pence and his wife, Karen, tested negative on Friday and that he "remains in good health."

House Speaker Nancy Pelosi: In an interview Friday with MSNBC, Pelosi said she had been tested on Friday morning and was awaiting results.

"This is tragic, it's very sad, but it also is something that going into crowds, unmasked, and all the rest, was sort of a brazen invitation for this to happen," Pelosi said, adding she hoped the news would be a message to others to follow guidelines for avoiding the spread of the virus.

Even though Pelosi is a Democrat and one of Trump's bitterest opponents in Washington, D.C., the 1947 law that governs succession places her in the position to ascend if the vice president cannot.

Chuck Grassley, president pro tempore of the Senate: "We are not aware of any exposure to anyone who has tested positive for COVID-19. Sen. Grassley continues to take precautions to defend against contracting the virus," said a spokesman for Iowa's Grassley, who is the longest-serving Republican senator.

Secretary of State Mike Pompeo: Pompeo told reporters traveling with him in Dubrovnik, Croatia, that he had tested negative for the coronavirus on Friday morning and had been in touch with Pence's office. The State Department is evaluating whether Pompeo will continue a planned trip to Florida on Saturday and Asia on Sunday in light of the news about Trump's status.

Treasury Secretary Steven Mnuchin: Mnuchin – who is tested daily for the coronavirus – tested negative on Friday, his spokeswoman Monica Crowley said on Twitter. He has been meeting regularly with Pelosi to try to negotiate the next phase of COVID-19 aid.