Accessibility links
Trump Receives Experimental Drugs For COVID-19. Here's What Doctors Are Watching For : Live Updates: Trump Tests Positive For Coronavirus Trump has already received an infusion of Regeneron's experimental antibody cocktail. Here's a look at other treatments and tests he's likely to get as doctors monitor his condition in coming days. 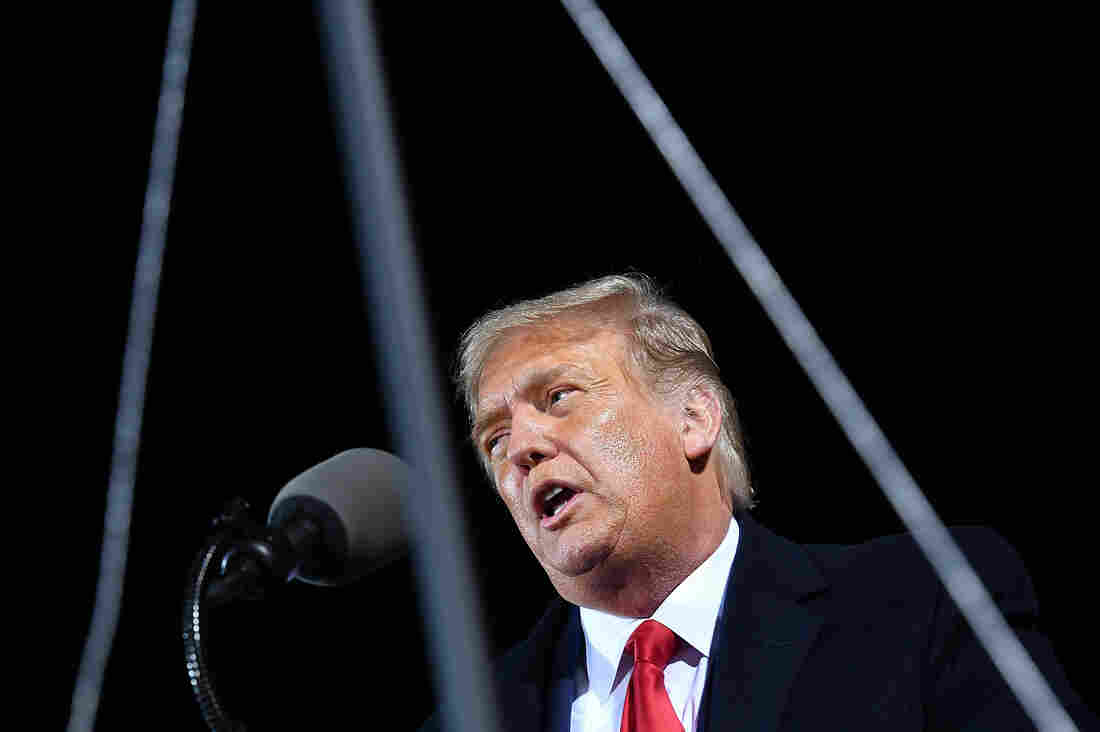 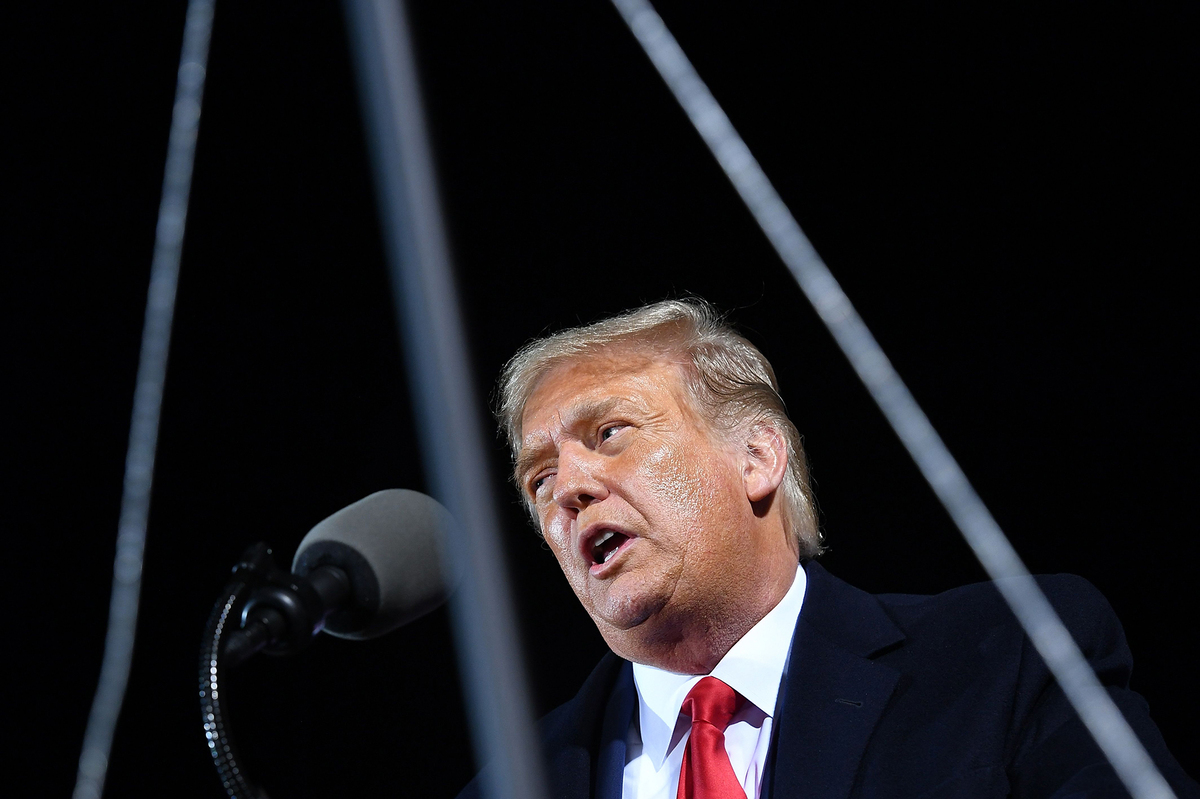 President Trump will be staying in the presidential suite at the Walter Reed National Military Medical Center for the next few days, according to the White House.

The president's doctor released a written statement saying Trump is "is doing well," after testing positive for the coronavirus, adding that the president is "not requiring any supplemental oxygen."

But Trump was given Remdesivir, an intravenous antiviral medication which has been shown, by rigorous scientific testing, to be helpful for treating COVID-19. However, the drug's proven benefits are modest: reducing hospital stays from 11 to 15 days.

Before the president left the White House, he received a single dose of Regeneron's polyclonal antibody cocktail, an experimental drug that has shown promise in initial trials in improving symptoms and reducing virus levels in the body. The drug is currently being evaluated but has not received Food and Drug Administration approval.

Trump "completed the infusion without incident," White House physician Sean Conley wrote in a memo released Friday, adding, "As of this afternoon, the President remains fatigued but in good spirits."

But given the president's age, 74, and his weight, 244 pounds, doctors said he's at higher risk of serious illness. The Centers for Disease Control and Prevention has found that patients in their early to mid-70s are five times more likely to be hospitalized, and much more likely to die, compared with people in their 20s.

With a body mass index of just over 30, Trump is technically obese. And though he does not drink alcohol or smoke, he has other possible risk factors. The president has a history of elevated cholesterol, which he takes a statin medication to control. In addition, his doctors have reported calcium buildup in his blood vessels in the mild to moderate range.

COVID-19 is unpredictable, ranging from very mild to severe cases, so it's not yet clear how Trump will fare in the coming days. Experts said Trump's doctors will likely monitor him closely and can consider a range of treatments and therapies, beyond Regeneron's antibody cocktail, if his condition deteriorates.

Here's a list of things doctors will be watching for:

What treatments and therapies are Trump's doctors likely to consider?

In addition to the antibody cocktail, Trump's physician said the president has also been taking zinc, which is known to affect the immune system, and vitamin D supplements.

For now, the president will likely be getting supportive care, said Colleen Kraft, an infectious disease physician and associate chief medical officer at Emory University Hospital in Atlanta.

For a fever, he'd be given fever-reducing medicines, such as Tylenol. And doctors said it's important for Trump to get plenty of rest, drink lots of fluids and eat well. Doctors will likely monitor the president closely and hold off on any other medicines or therapies unless his condition deteriorates.

Symptoms can change quickly, so how will the president's doctors monitor any changes?

"They'll be paying attention to all of his vital signs," said Panagis Galiatsatos, a physician and professor of medicine at Johns Hopkins Medicine.

Since some people with COVID-19 have had low oxygen levels before they noticed a shortness of breath, monitoring the blood oxygen with a pulse oximeter can help detect a problem sooner. Galiatsatos said, "What we have recognized with COVID-19 is that the majority of patients, when they get sick, [don't have an] all-at-once decline." Symptoms can progress gradually, so constant monitoring is key.

What tests will Trump's doctors consider?

Trump "is a high-risk patient," said Dr. Faisal Masud, medical director of critical care at Houston Methodist Hospital, so a range of tests would be appropriate. Masud said if he were on the president's medical team, he would do a CT scan of the chest to check his lungs and an ultrasound of the heart to help evaluate his heart function. He'd also order blood tests to check a number of markers for inflammation and would check markers for kidney function.

Do Trump's current mild symptoms indicate anything about his prognosis?

No. "Having mild symptoms on Day 1 does not mean you're going to have mild symptoms for the rest of your course," Galiatsatos said.

Of course, it's possible that Trump may not develop any further symptoms, Galiatsatos added. But he said that given Trump's age, his weight and his gender (men tend to do worse than women), the president has "several strikes against him."

"These are strikes that raise the probability that his COVID-19 may go from mild to severe," Galiatsatos said.

However, even if Trump's symptoms do get worse, doctors have learned a great deal about treating COVID-19 in the last 10 months, Emory's Kraft said. And as president, she noted, Trump is expected to get the most sophisticated care currently available. "I expect that the president, with the attention that he will get, should do well," Kraft said.