Accessibility links
Trump Health Update: Next Couple Days Are 'Real Test' : Live Updates: Trump Tests Positive For Coronavirus The president also said that he chose to go to Walter Reed medical center rather than be "locked up in a room upstairs" in the White House. He said he is feeling better than when he arrived Friday. 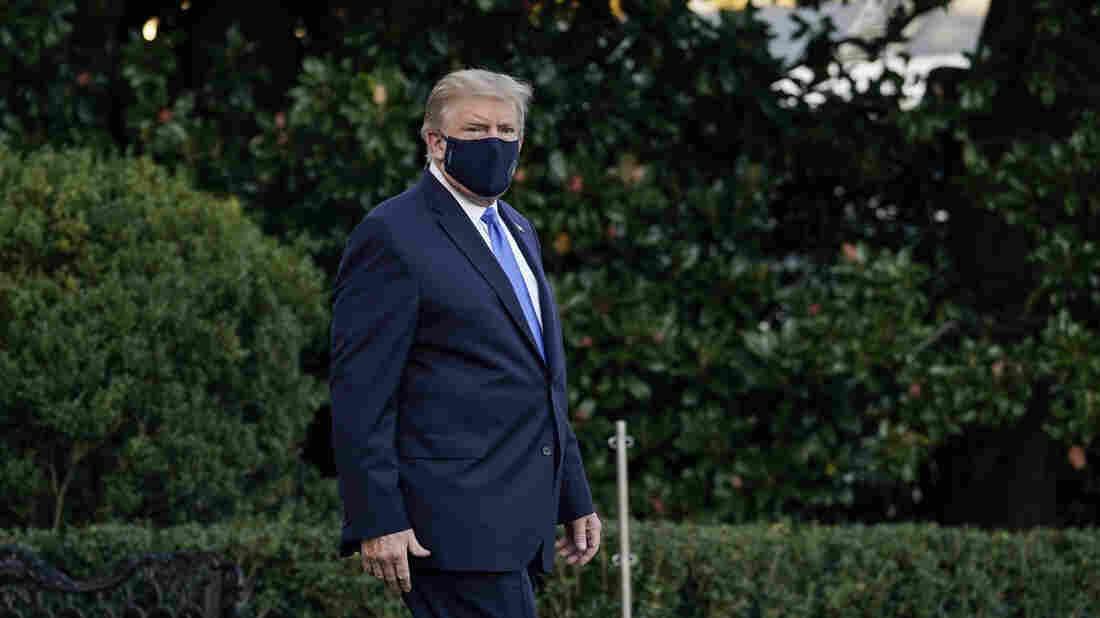 President Trump leaves the White House for Walter Reed National Military Medical Center on Friday. On Saturday night he said in a video that he was feeling better as he continues to receive treatment for the coronavirus. Drew Angerer/Getty Images hide caption 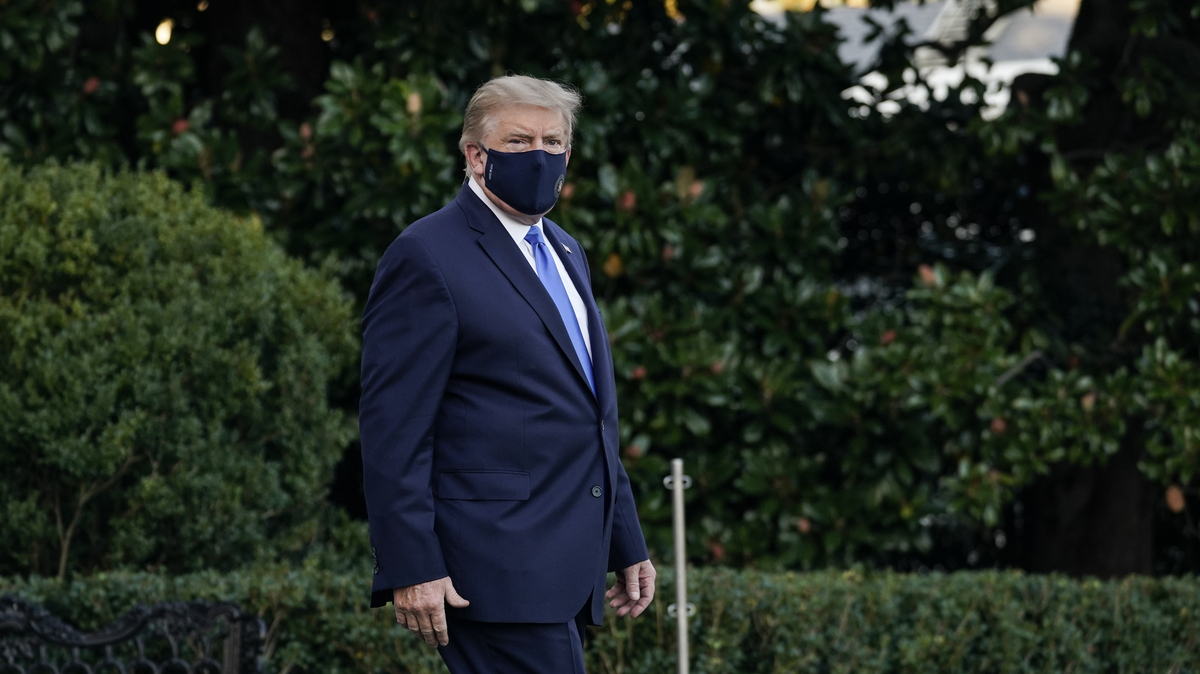 President Trump leaves the White House for Walter Reed National Military Medical Center on Friday. On Saturday night he said in a video that he was feeling better as he continues to receive treatment for the coronavirus.

"I came here, wasn't feeling so well. I feel much better now," he said. "We're working hard to get me all the way back. I have to be back because we still have to make America great again. We've done an awfully good job of that, but we still have steps to go and we have to finish that job. And I'll be back — I think I'll be back soon."

He added — as a White House official identified as chief of staff Mark Meadows alluded to earlier in the day — that the next 48 hours remain critical.

"You don't know, over the next period of a few days, I guess that's the real test, so we'll be seeing what happens over those next couple — next couple of days," Trump said.

In an interview on Fox News Saturday night, Meadows dismissed the idea that Trump would be unable to fulfil his duties, calling such fears "irrational." He acknowledged, however, that he had been "real concerned" by the president's condition on Friday morning.

Earlier, Dr. Sean Conley, the president's physician, said in a memo that Trump plans to remain in hospital Sunday for observation and remdesivir treatments.

"While not yet out of the woods, the team remains cautiously optimistic," Conley said in the memo.

Meadows, on Fox News, repeated that assessment, saying "the next 48 hours or so" would be critical.

On Friday morning, Meadows had told reporters at the White House that Trump was showing "mild symptoms." But on Saturday night, he had a different description: "A number of us, the doctor and I, were very concerned," Meadows said.

Trump spent most of Saturday afternoon conducting business and "has been up and moving about he medical suite without difficulty," Conley said.

"He remains fever-free and off supplemental oxygen with a saturation level between 96 and 98% all day," and completed the second dose of remdesivir "without complication," Conley said.

In his video, the president said that he chose to go to Walter Reed rather than be isolated in his room at the White House, without meeting with other people or using the Oval Office. "I was given that alternative," he said.

He added, "We have to confront problems."

Trump said that first lady Melania Trump is "doing very well." He made a reference to her age — "as you've probably read, she's slightly younger than me, just a little tiny bit" — and how younger people have generally fared better with the coronavirus than older people. Melania Trump is 50; the president is 74.

"I think we're gonna have a very good result. Again, over the next few days, we're gonna probably know for sure," Trump said.

Trump's comments follow a press conference earlier in the day by Conley. Conley told reporters that Trump was "doing very well," but a source familiar with the president's health, identified by the Associated Press as Trump's chief of staff, later said, "We're still not on a clear path to full recovery."

The doctor's comments also caused confusion around the timeline of Trump's diagnosis, which the White House attempted to later clarify. Trump tweeted around 1 a.m. ET on Friday that he had tested positive for the coronavirus. Officials said he had "mild" symptoms on Friday.

A number of others close to the president have also tested positive, including a number of people who attended an event last Saturday at the White House. The Rose Garden gathering was held to introduce his Supreme Court nominee Amy Coney Barrett, who says she has since tested negative for the virus.