Accessibility links
White House Struggles To Explain, Contain COVID-19 Crisis : Live Updates: Trump Tests Positive For Coronavirus Five days after President Trump tested positive for the coronavirus, and with the commander in chief hospitalized, the White House is struggling to show it has the situation under control. 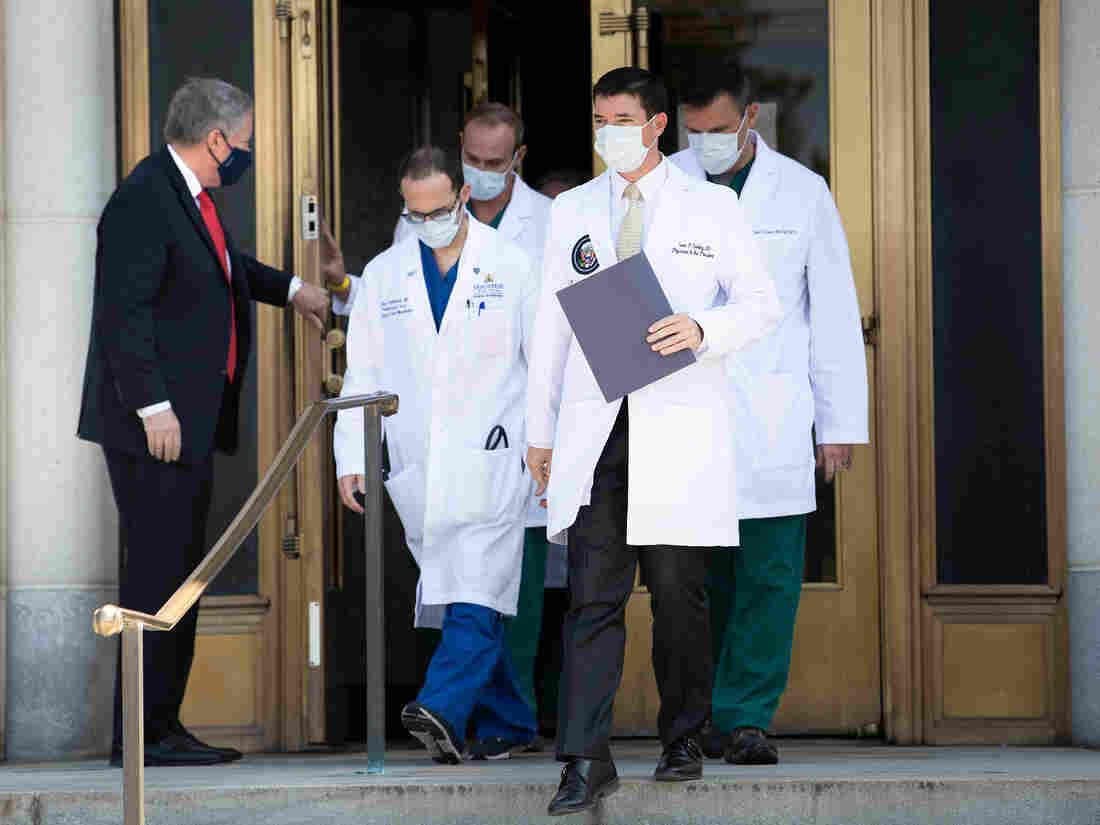 White House chief of staff Mark Meadows holds the door for Dr. Sean Conley and other members of the president's medical team on Sunday. Another update on Trump's condition is expected sometime on Monday. Brendan Smialowski/AFP via Getty Images hide caption 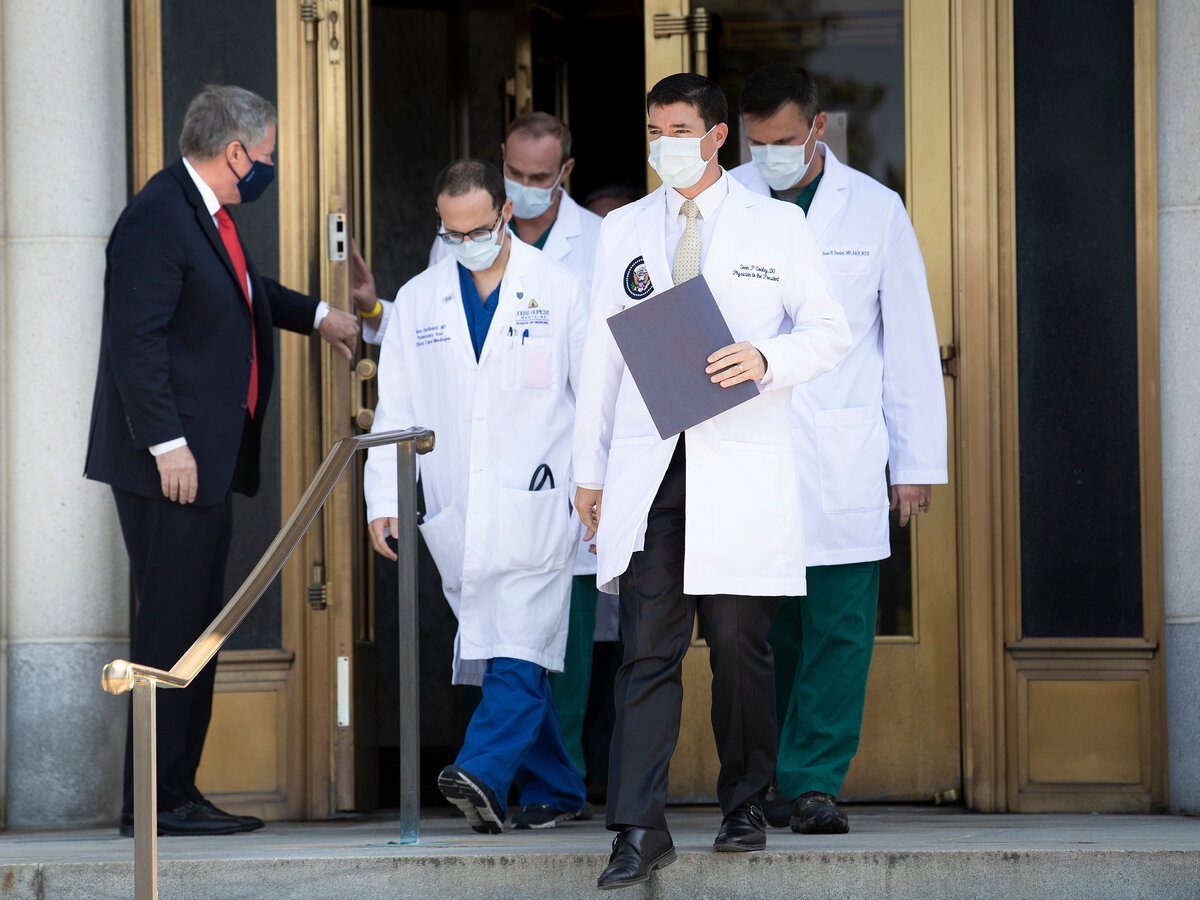 White House chief of staff Mark Meadows holds the door for Dr. Sean Conley and other members of the president's medical team on Sunday. Another update on Trump's condition is expected sometime on Monday.

The White House is struggling on Monday to show that it has a burgeoning public health and political crisis under control as President Trump enters his third day of aggressive and experimental treatment for the coronavirus.

Trump fueled the growing alarm with a publicity stunt on Sunday evening, leaving his hospital suite to drive by boisterous supporters who gathered outside the military hospital in Bethesda, Md., where he has been hospitalized since Friday for COVID-19.

His doctors have said he could be released on Monday. But they have also admitted that their public statements have been optimistic, aimed at bolstering the spirits of their patient.

Inconsistencies between medical briefings and White House statements have added to confusion and concern — combined with the refusal by the White House to lay out all the facts about when and how they learned a pandemic that has killed more than 200,000 Americans had entered the grounds of one of the most protected complexes in the world.

Trump kicked off Monday with a long and furious flurry of all-caps tweets. But unlike other Mondays, he is on the steroid dexamethasone, and a five-day course of the experimental drug remdesivir, after first receiving a cocktail of antibodies.

Doctors revealed on Sunday that Trump had been treated with oxygen at the White House on Friday — a time when officials described him as showing "mild symptoms." Doctors had initially refused on Saturday to directly answer questions about whether Trump had needed supplemental oxygen.

The White House has insisted Trump is carrying out his presidential duties, taking pains to release photos of him working in the hospital, along with video messages. Vice President Pence, who has not been seen publicly since Trump became ill, was set to leave Washington for Utah and a week of campaign events, highlighted by the vice presidential debate on Wednesday.

Trump's chief of staff Mark Meadows, who has been in and out of Trump's hospital room, deflected concerns that the president had put Secret Service agents and others at risk by getting into a motorcade to show his strength.

"A number of people are trying to make a big deal" of this, Meadows said in an interview on Fox News, insisting agents were protected.

Meadows said doctors will make an evaluation late Monday morning about whether to discharge Trump.

Meanwhile at the White House, several aides are known to have contracted the virus, but there is little public information about how many people have been affected and what is being done to trace the origin and extent of the outbreak.

The White House said on Sunday that Trump's first positive test for the virus came after he returned from a fundraising trip to New Jersey on Thursday. But they have not made clear when his last negative test was.

On Sunday night, Trump — who has downplayed the risks of the virus since it emerged in January — said he had "learned a lot about COVID" from his own experience with the illness. "This is the real school," he said in the video, before getting in the SUV motorcade.