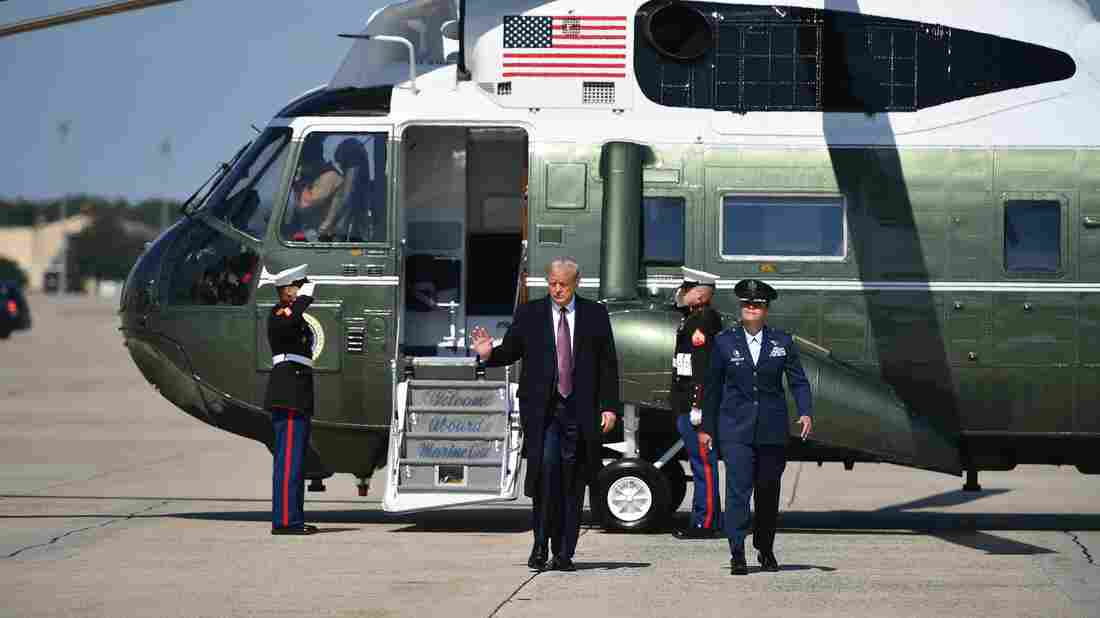 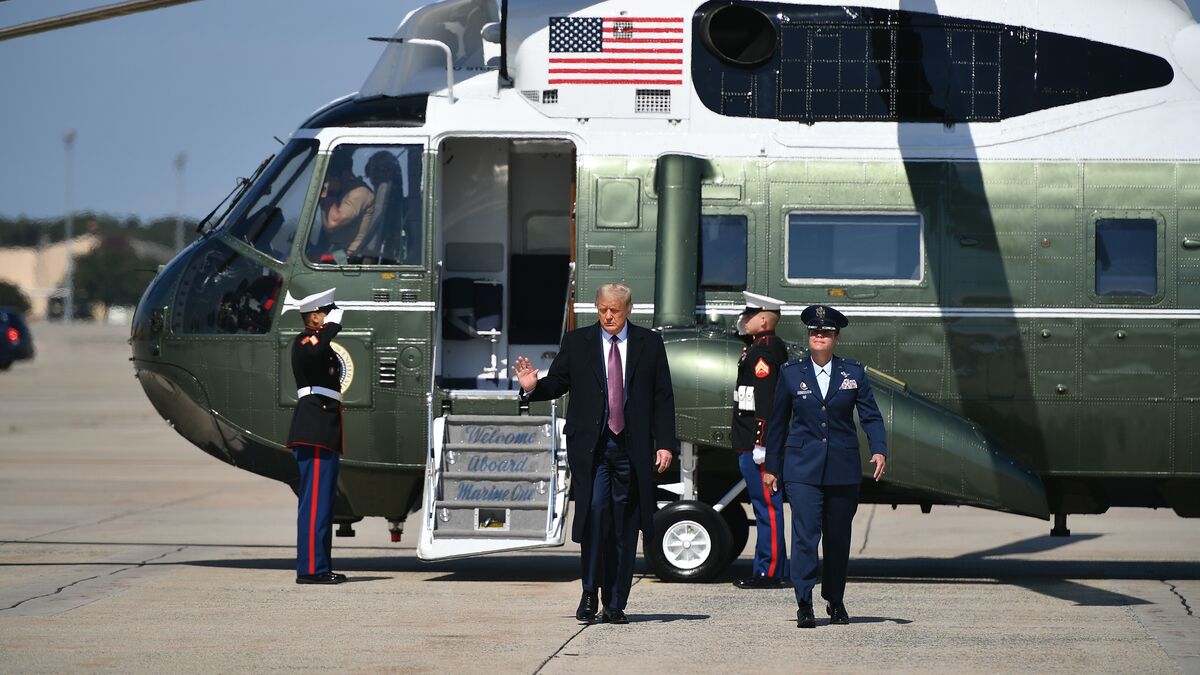 President Trump departs for Bedminster, N.J., on Thursday from Andrews Air Force Base in Maryland.

President Trump's last public event — a fundraiser at his golf club in New Jersey — has touched off a major contact tracing effort as well as a messy political fight.

"The actions leading up to and during this event have put lives at risk," Murphy said. "We don't need folks coming in exposed to a COVID-positive individual, and then be in the midst of a couple of hundred people in New Jersey. That's the last thing we need."

But Trump supporters said Murphy is exaggerating the risks to score political points. Rik Mehta, the Republican nominee for a Senate seat in New Jersey, attended the outdoor part of the fundraiser where Trump spoke.

"The governor is melodramatic, and the governor has made this into a political issue," Mehta said. "The fear-mongering needs to stop."

Mehta refused to quarantine for 14 days, as Murphy recommended. Instead, Mehta — a pharmacist who has worked in public health — is still campaigning.

"There's no reason for me to change anything I've done because nothing has happened," he said. "We weren't sitting there, shaking hands or whispering, you know, ear to ear."

The White House learned that Hope Hicks, one of Trump's closest advisers, had tested positive for the coronavirus just as Marine One was taking off for the flight to New Jersey. Asked why Trump still went, the White House said last week that the president wasn't deemed a "threat."

New Jersey health officials said they've contacted 19 staff members at the golf club and that they're trying to reach all 200 fundraiser attendees but have had mixed results. About half came from other states — as far away as Texas and Arizona, officials said.

State officials said the task has been complicated because the Republican National Committee only provided them with email addresses for attendees, not addresses and phone numbers.

The RNC shot back that state officials never followed up to ask for more details.

The event at Trump National Golf Club in Bedminster raised $5 million, according to the RNC.

The RNC said that attendees had their temperature taken on the way in and that every guest was at least 6 feet from the president at all times. Attendees said many guests were wearing masks — but not all the time.

Joe Piscopo, a comedian and radio host who's known Trump since they both rose to fame in New York in the 1980s, also said he isn't worried after attending the fundraiser and praised the president's stamina.

"I was surprised to hear that he had the virus because he looked as healthy as I've ever seen him," Piscopo told NPR member station WNYC.

But public health experts said it's not just the president who could potentially have spread the coronavirus at the fundraiser.

"He clearly has an entourage that travels with him," said Dr. Amanda Castel, an epidemiologist at George Washington University. She said those people may have been exposed or infectious and "may have had more interaction with the event organizers or the donors."