Accessibility links
Domestic Workers React With Anger After Trump Says Not To Fear COVID : Live Updates: Trump Tests Positive For Coronavirus "He's mocking us, the working poor," says one New Jersey mother of three. "He can't tell us not to fear the virus — we're living it." 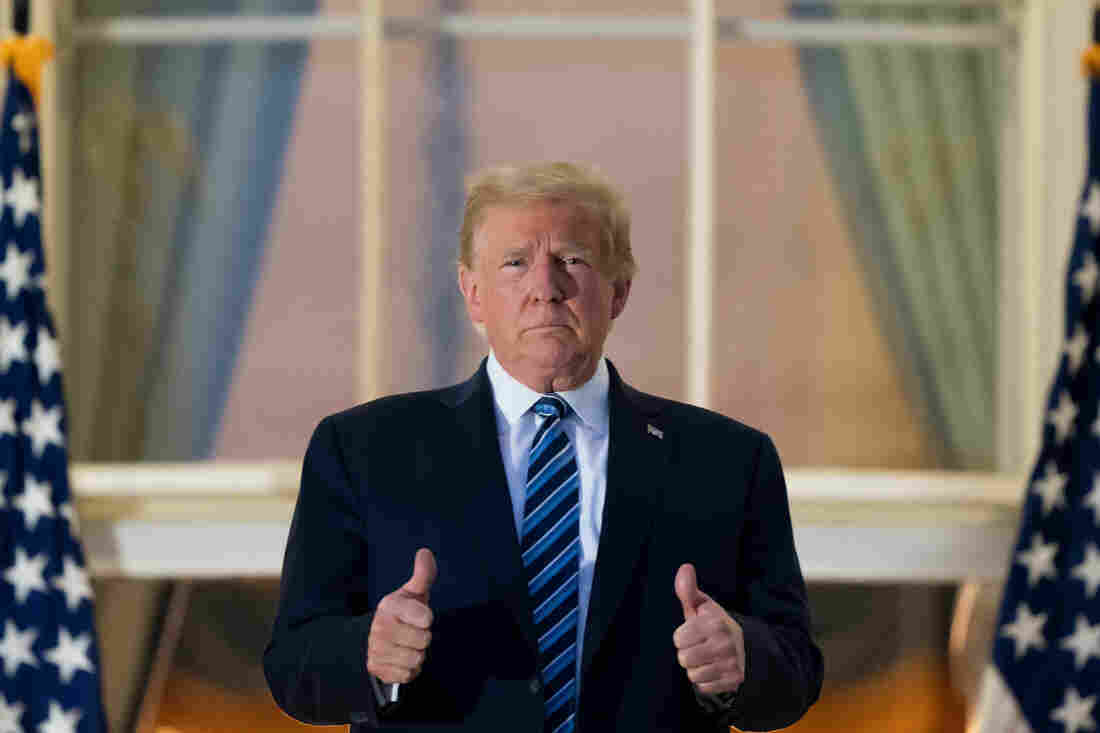 President Donald Trump gives thumbs up as he stands on the Blue Room Balcony upon returning to the White House on Monday. Alex Brandon/AP hide caption 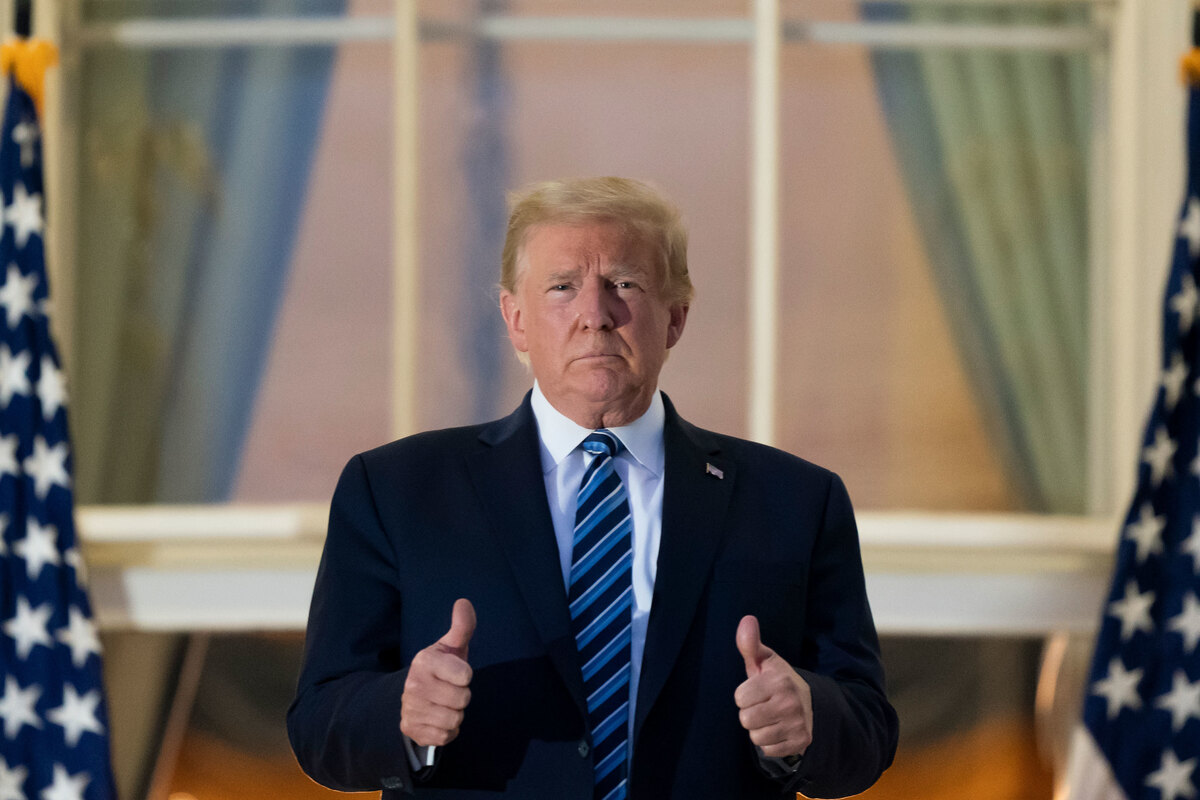 President Donald Trump gives thumbs up as he stands on the Blue Room Balcony upon returning to the White House on Monday.

Some domestic workers and others impacted by COVID-19 are reacting angrily to President Trump's urging to "get out there" and "Don't be afraid of Covid. Don't let it dominate your life," soon after he left Walter Reed National Military Medical Center on Monday, where he was treated for COVID-19.

They accuse the president of sounding not only reckless but callous about the more than 200,000 people in the U.S. who have died of COVID-19 and the more than 7 million who have been infected with the virus.

"Completely irresponsible," said Norma, a 46-year-old domestic worker, referring to President Trump's comments. "He's mocking us, the working poor," says the undocumented mother of three from Lakewood, N.J. She does not want her last name used due to her immigration status. "He can't tell us not to fear the virus — we're living it."

Norma was infected with the virus in April, and her mother died from it on July 10. "I'm still mourning her," she says.

"I'm still suffering from fatigue, chills and often my hands feel numb," she said. She had to stay home from work for more than 2 months after testing positive and she's only working about 80% now. "I don't have the means to see a doctor or take vitamins. I'm behind on my rent and other bills."

There are more than 2 million domestic workers like Norma in the U.S. – people who work in private homes cleaning and taking care of children, older adults and people with disabilities, according to the Economic Policy Institute. The vast majority of these workers are women, and over half are women of color.

"The administration's failure to act over the past six months have put the lives of millions of domestic workers across the country at risk," said Ai-jen Poo, executive director of the National Domestic Workers Alliance. She added that the administration's actions over the past week, flouting the CDC's coronavirus guidance at a White House gathering on September 26 while refusing to wear a face mask, "have put the lives of essential domestic workers in the White House at additional unnecessary risk."

"The outbreak of coronavirus at our highest level of government highlights the urgent need to provide essential worker protections and comprehensive COVID relief for all of us," Poo said.

Jossie Flor Sapunar works with CASA in Action, an organization that mobilizes the vote in immigrant and people of color communities in the Mid-Atlantic region. She said that when people saw Trump's tweets, they saw his privilege.

"He has a personal helicopter, a fleet of doctors, the best health care," Sapunar said. She noted that many of the people most exposed to the virus every day often don't even have health care: "Grocery store workers, gas station workers, health care workers, cleaning personnel, they don't have that type of privilege."

"He disregards the virus, disregards the science," Sapunar said of the president's actions. She said his response to the pandemic has been reckless for the country, but also toward his staff who trust him.

The White House staff is largely Black and Latino, according to The Washington Post. Dozens of full-time cooks, butlers, ushers, housekeepers, florists make sure the official residence runs smoothly.

White House residence staff have been required to wear face masks at all times since April, according to a statement released on Tuesday by the office of First Lady Melania Trump.

The statement also noted other precautionary measures taken in the residence, such as "hospital grade disinfection policies" since March. The reduced staff has been tested daily, is encouraged to work remotely and the White House medical staff have been charged with leading health workshops to answer staff concerns.

Still, Sapunar said Trump's behavior reveals a power imbalance. Not only has he repeatedly downplayed the risks, she said, but he has spread dangerous ideas like injecting yourself with bleach to prevent infection.

"Right now, things are not fair and that makes folks angry," she said. "That's why we are mobilizing people our hardest, because four years of Trump is four years of disaster for Black and immigrant communities."